ST. GEORGE — Two teens were transported to the hospital following a three-vehicle crash on River Road Saturday that left damage and debris in a busy intersection with an upside down passenger car in the middle of the chaotic scene.

Shortly before 6 p.m. officers and emergency personnel were dispatched to the incident at the intersection of Brigham Road and South River Road that involved two single-occupant vehicles, a silver Nissan 4-door and a purple Subaru Forester. Four teenagers were in the third vehicle, a gold Chevrolet Equinox.

Upon arrival responders found the Subaru in the middle of the intersection facing west, while the Nissan was in the left turn lane of Brigham Road facing east. The Chevrolet was upside down in the lane next to the Nissan, St. George Police officer Ken Childs said.

Two passengers in the Chevrolet were checked by medical personnel at the scene, and after the teens’ parents arrived, they were transported to Dixie Regional Medical Center by ambulance.

“Luckily there were only minor injuries. Two of the kids were transported to get checked out at the request of their parents,” Childs said.

The investigation into the crash revealed that the Chevrolet was headed north on River Road and, after approaching the intersection, the driver merged into the left turn lane to head west on Brigham Road.

Meanwhile, the Subaru was heading south on River Road and struck the Chevrolet as it passed directly into the Subaru’s lane of travel while making the turn, Childs said.

The impact spun the Subaru around until it came to rest facing west in the middle of the intersection, while the Chevrolet flipped over landing upside down before it went sliding into the Nissan waiting in the left turn lane for a green light.

Both drivers in the Subaru and Nissan were wearing seat belts at the time of the crash, while the four teens in the Chevrolet were unrestrained during the rollover. None of the vehicle’s occupants were ejected during the crash.

The Nissan sustained frontal damage but remained operational and was driven from the scene, while the Subaru and Chevrolet were extensively damaged and towed from the roadway.

The 17-year-old driver of the Chevrolet was cited for failing to yield on a left turn, Childs said.

The outside lane of Brigham Road was blocked by the crash and traffic was diverted into the left-turn lane for more than 45 minutes while responders tended to the scene.

Update: The time the crash was reported was listed as shortly before 5 p.m., and has been corrected. 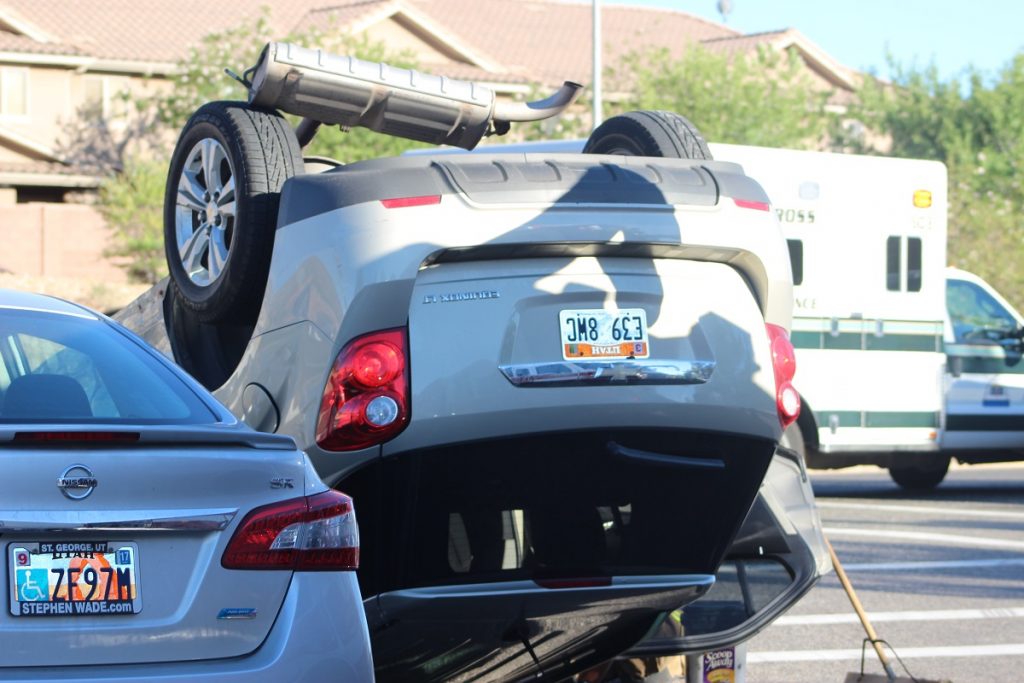 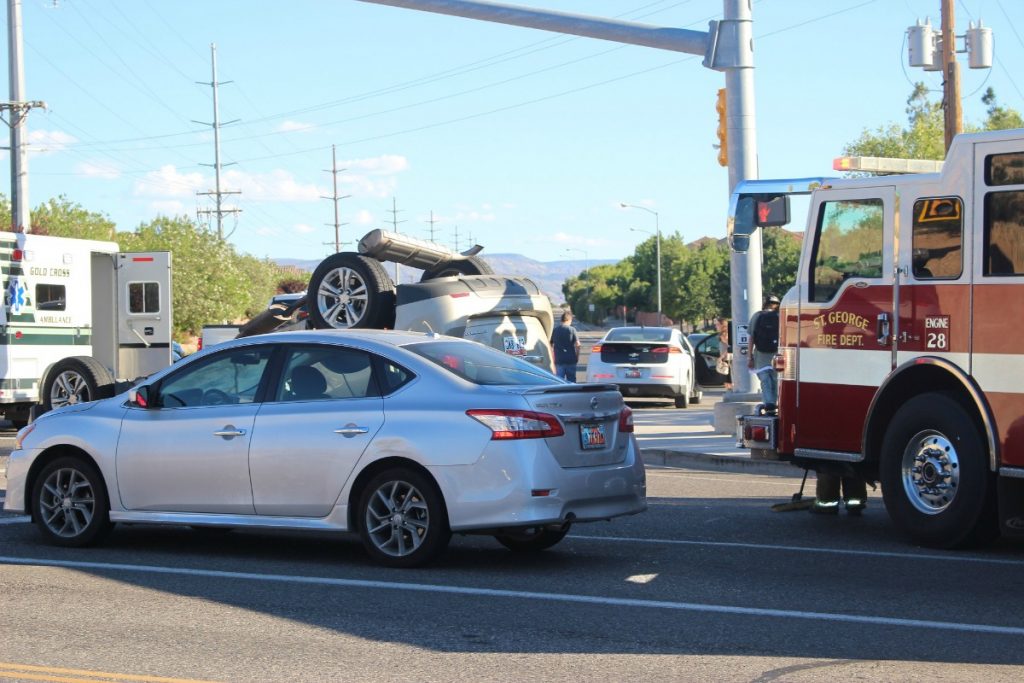 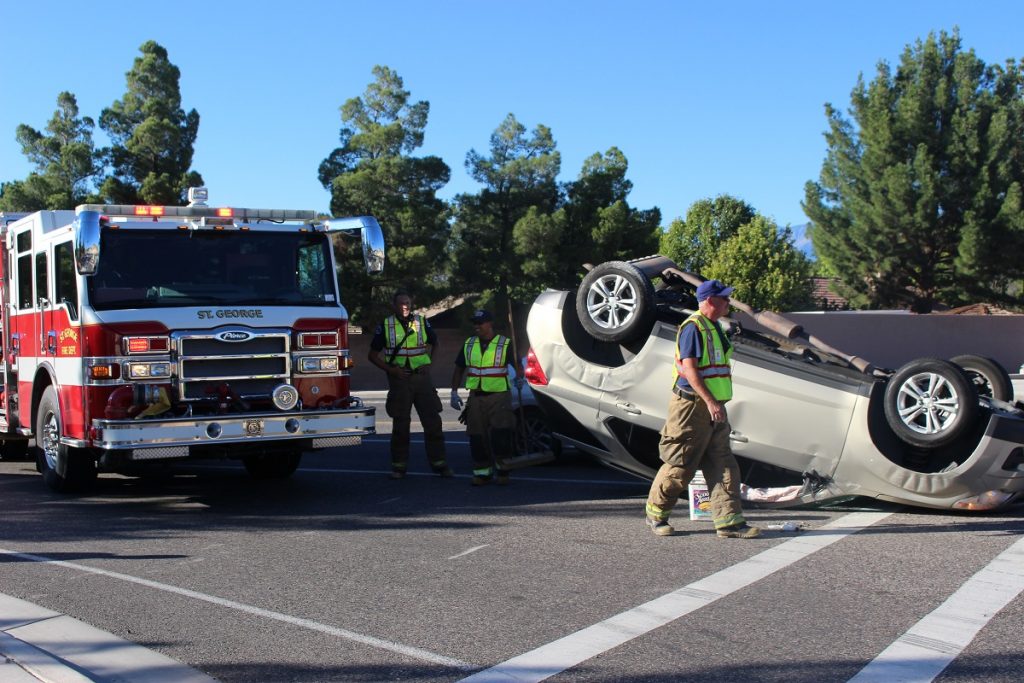 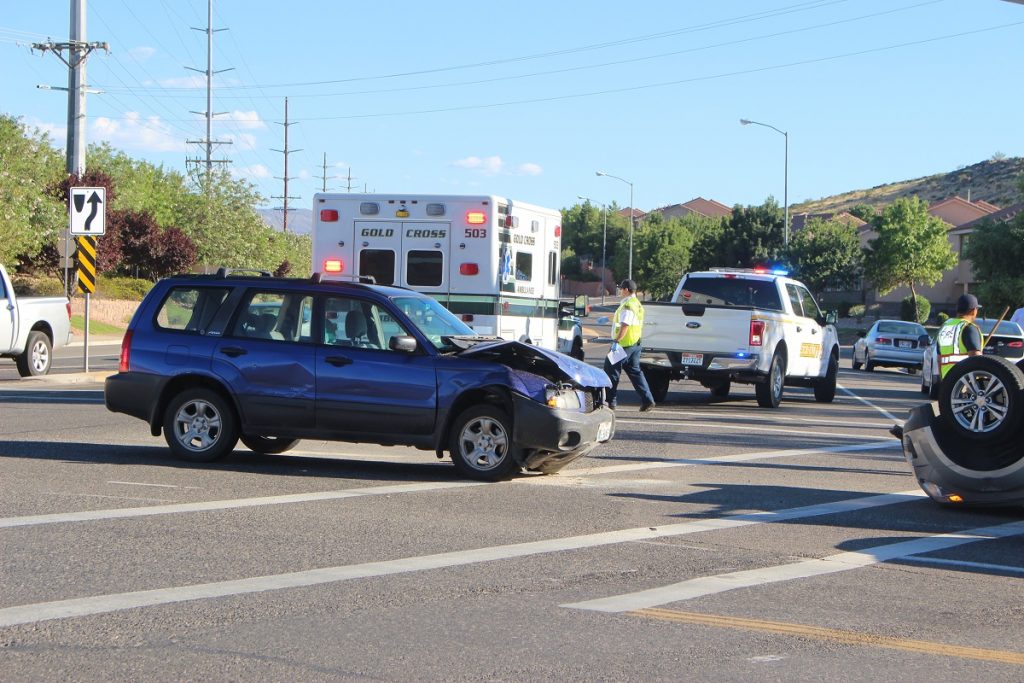 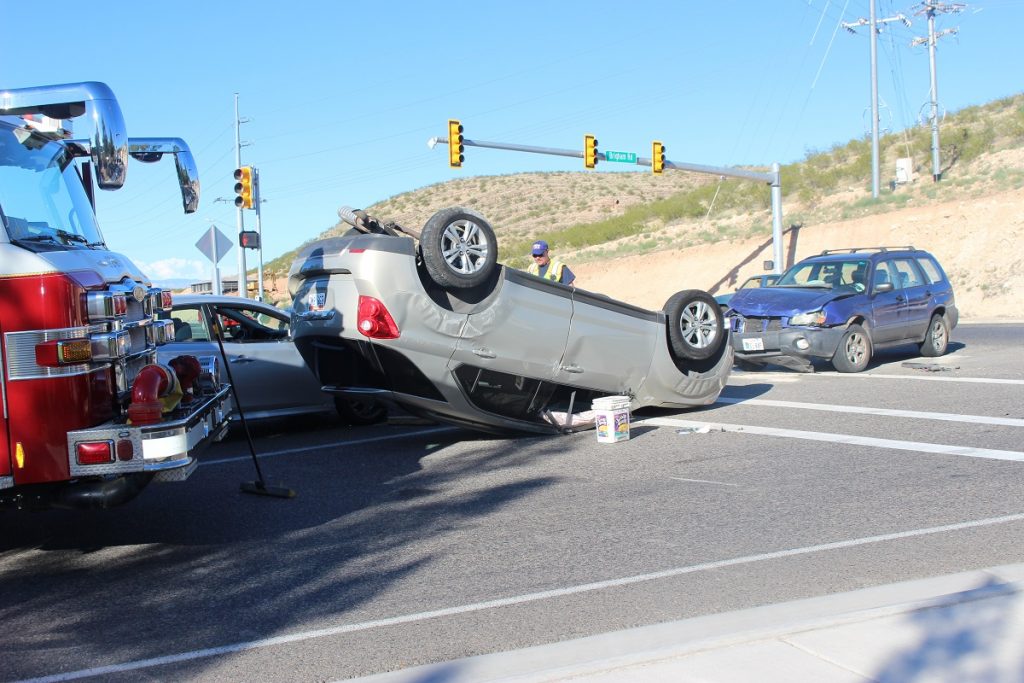 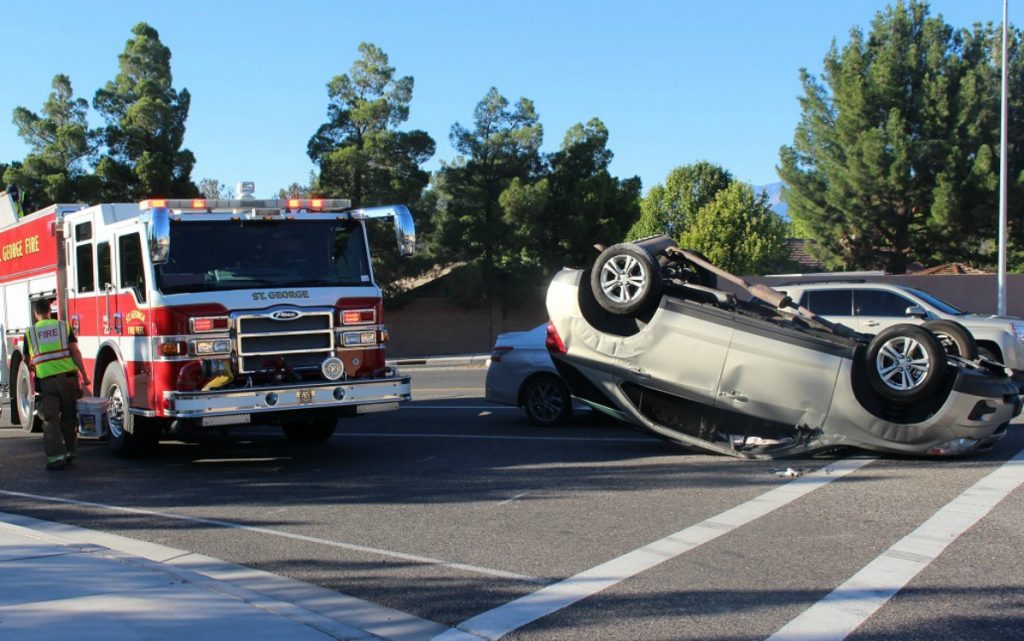 Failure to yield results in rollover

Will he sign or veto it? Local legislator's bill to curtail governor's emergency powers heads to Cox