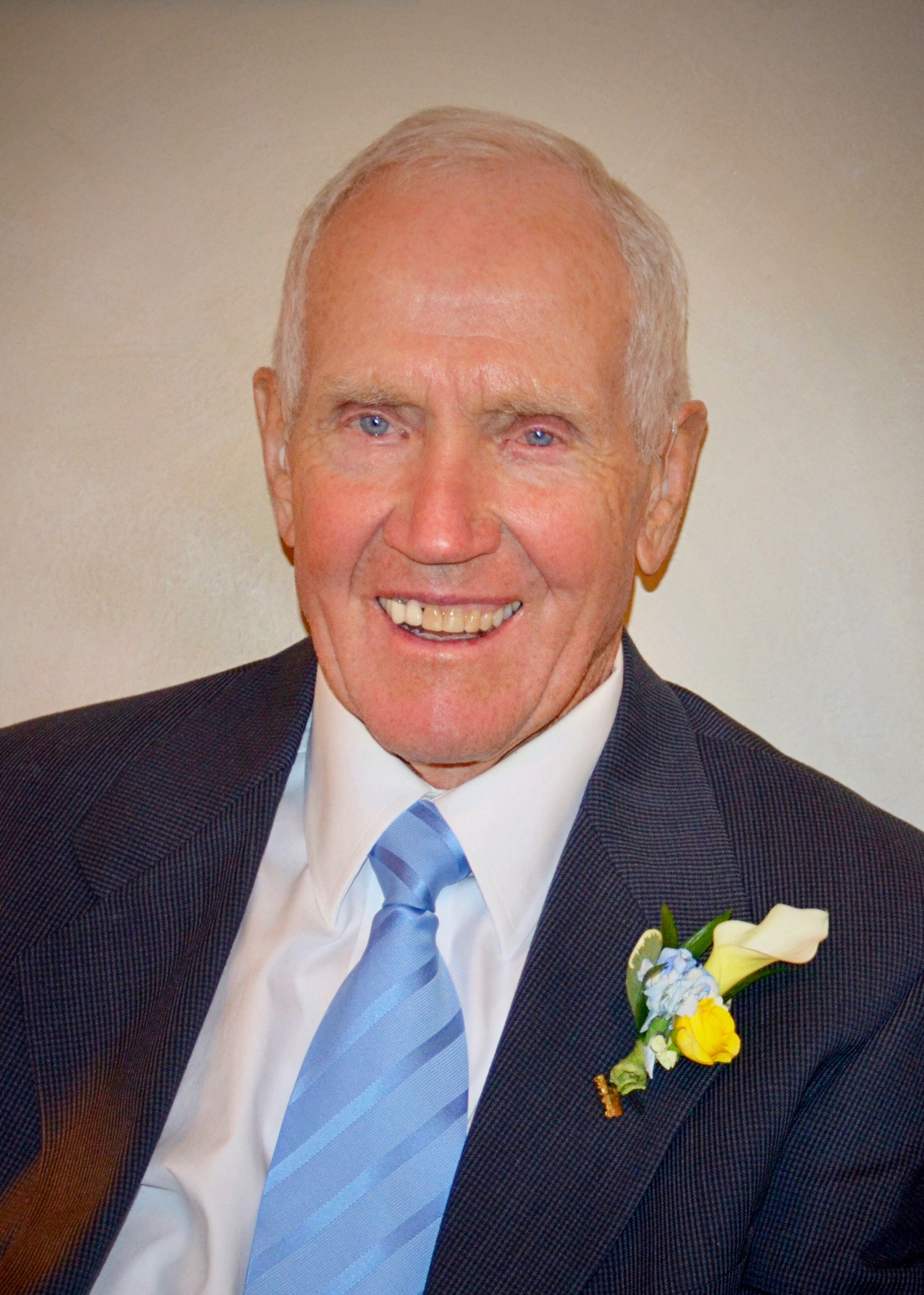 Fenton was raised primarily in communities along the Wasatch Front. His father bought 2 ½ acres along the Jordan River where the family had a cow, garden and fruit trees. This gave Fenton and his siblings an opportunity to contribute to sustaining their lives. Chores were delegated and everyone pitched in.

Fenton was the first member of the family to get a college education. He received an athletic scholarship to attend the University of Utah. He was a true Utah man.

Following graduation, he joined the Navy and served honorably during the war years. While serving in San Diego he met Claire. Their lives were blessed with five children.

His professional career began following his graduation from USC with a master’s in social work. Fenton became a member of the faculty at the University of Utah, Graduate School of Social Work, and taught there for 25 years as an associate professor. He truly loved the “U.” He worked with rehab organizations from local, state and federal levels. His alcoholism program for Native Americans was very successful in assisting them with challenges they faced. He worked for 12 years on various Indian reservations and loved the people. He had a great rapport with tribal leaders who greatly respected him and his efforts to help them.

Fenton loved fishing, camping, houseboating and anything that the kids and grandkids wanted to do. He was active in the lives of his family his whole life. At age 80, Fenton became a farmer and developed a pistachio orchard which he cared for and enjoyed. He gave up farming in January 2017, as his health wouldn’t allow him to continue doing it.

He is survived by his wife of 72 years, Claire; children: Lynn Lorraine (Phil) Haslam of West Valley, Daryl Leslie (Carolyn) of St. George, Randy Louis (Kitty) of Kamas, Janet Brown (John) Whitaker of Ivins; 16 grandchildren; 42 great-grandchildren; and 1 great-great-grandchild. He is also survived by his sisters: Velma Kohler of Olympia, Washington, and Loa Avery of Salt Lake City; and brother, Lyle K. “Buzz” of Draper. He was preceded in death by his parents and son Allen Lester, who passed at birth.