ST. GEORGE — A delivery to several Las Vegas casinos was cancelled after a semitractor-trailer hauling a load of steaks heading to the area caught fire and was fully engulfed within minutes on Interstate 15 in Arizona Wednesday evening.

Shortly after 8 p.m. the semi’s driver called 911 to report that his truck caught fire on the Exit 8 off-ramp on southbound I-15, Beaver Dam/Littlefield Fire Chief Jeff Hunt said.

Within minutes firefighters arrived on the off-ramp and began battling the blaze, which was quickly moving through the cab area. Before it could be contained, the fire spread rapidly into the semi’s trailer, fueled by its wooden floor and pallets stacked with meat.

The driver was outside of the truck when emergency personnel arrived and reported he was uninjured.

As the fire moved toward the fuel tanks, the situation became even more dangerous, Hunt said, and once the tanks were breached, the fuel ignited and blew through the truck.

“Once it reached those fuel tanks it started burning hotter and faster than ever,” the fire chief said.

The Mesquite Fire Department was called in at that point to assist, and firefighters were able to contain the blaze shortly after additional support arrived.

Once the active flames were extinguished, fire crews began the task of checking for residual embers or other areas that could reignite the blaze.

The Arizona Department of Transportation was then dispatched to the scene to assist in the effort and responded with a front-end loader that proceeded to tip the semitractor-trailer, loosening any remaining debris or materials where burning embers can be hidden.

“I called ADOT who brought over a loader that tipped the truck over and rolled it, and 10 minutes later the fire was completely out, leaving only steam that continued rising from the truck,” Hunt said.

Fire crews were able to extinguish the blaze using water that was brought to the scene in two fire trucks and one water tender truck, as no external water source was available in that area.

“Even though the fire went through the entire truck and trailer,” Hunt said, “we were still able to extinguish it with the limited amount of water available to us at the scene.”

Preliminary findings revealed that the fire started in the cab of the truck and then spread quickly until it engulfed the entire semitractor-trailer, both inside and out.

“It appears that the driver could have had an engine or electrical problem, which would explain why the fire started in the tractor portion of the truck,” Hunt said, “before it spread to the trailer where it was fed by the wood floor and available oxygen.”

This fire season has been very busy for the Beaver Dam/Littlefield Fire Department, the chief said, with multiple structure and wild land fires reported in Arizona, in addition to the Brian Head fire that has burned through 74,000 acres and, after 30 days, is 95 percent contained.

Hunt returned home Monday after spending the last 27 days on the Brian Head fire, he said, and was heading south on I-15 Wednesday when he noticed a thick, black plume of smoke coming from the Beaver Dam/Littlefield area, and within minutes he arrived on scene.

The cause of the fire is still under investigation at the writing of this report. 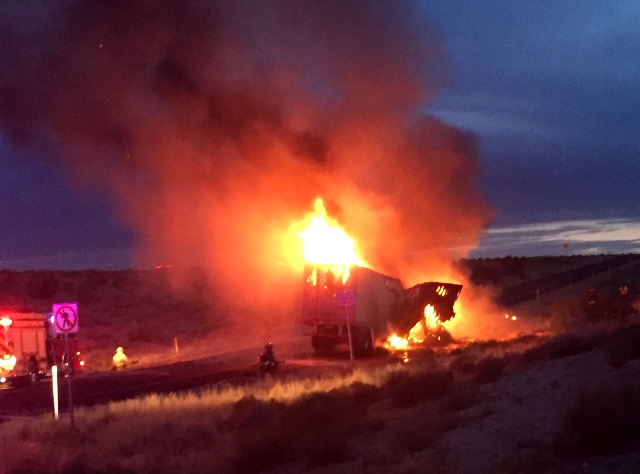 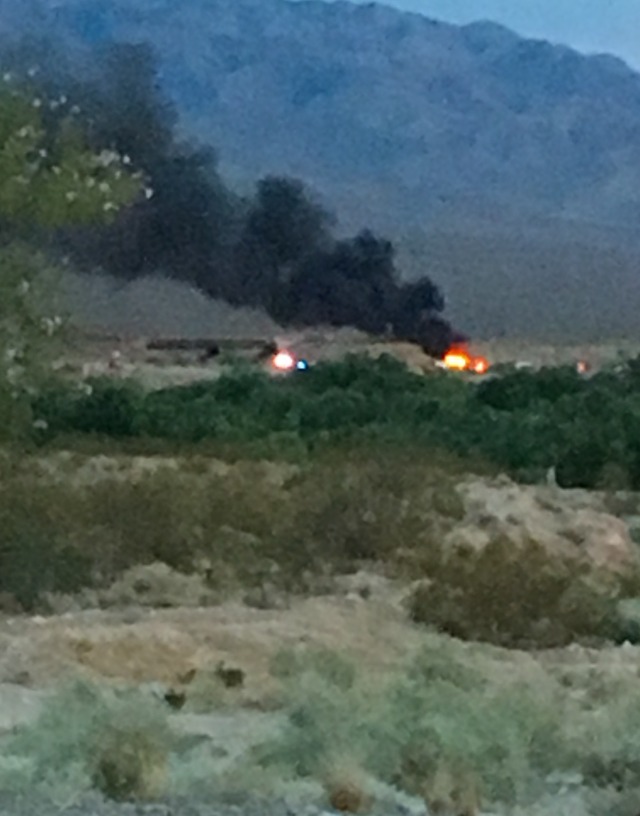 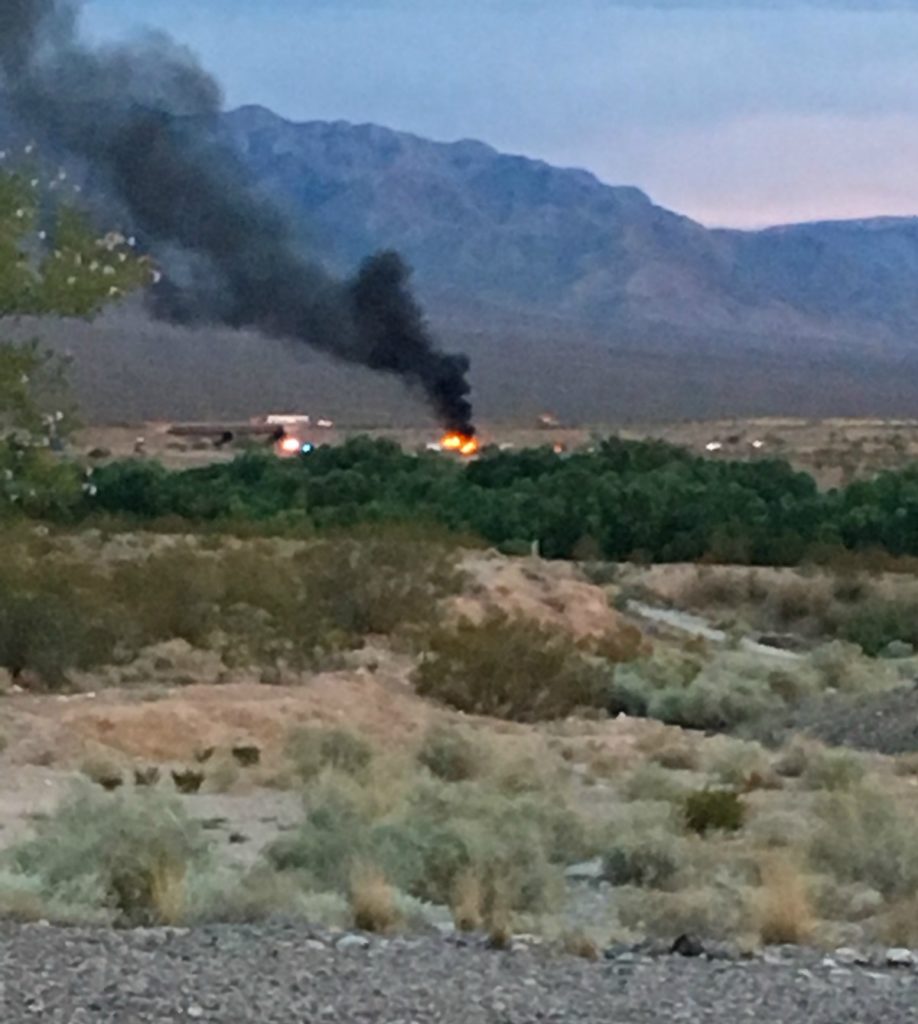 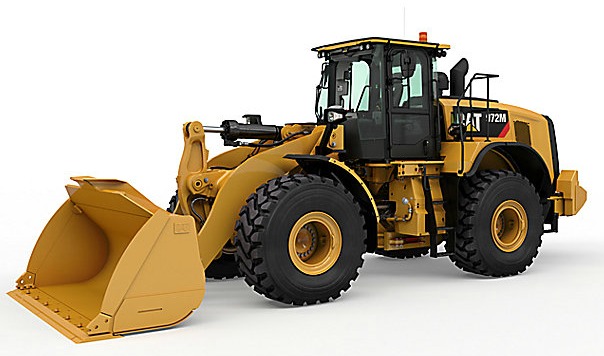 Caterpillar model 972 is similar to front-end loader used to roll a semitractor-trailer after it burned on I-15 Wednesday | Photo courtesy of Caterpillar Corp., St. George News