ST. GEORGE — A woman was transported to the hospital after an early Friday morning rollover in Rockville that was triggered when the driver fell asleep at the wheel, officials said.

A man traveling behind the Kia witnessed the crash and called 911, the officer said.

Upon arrival emergency responders found a severely damaged Kia smashed into a concrete culvert. The vehicle was also partially blocking a travel lane.

The driver told EMT’s that she “hurt all over,” Ballard said. She was transported to Dixie Regional Medical Center to be treated for minor injuries to her shoulder, elbow and knee.

A witness at the scene also noted a small laceration to the woman’s head.

Officers determined that the woman was heading to Springdale when the vehicle veered to the right and into a ditch before striking a concrete culvert. The culvert caught the vehicle’s wheel during impact which caused the car to roll one time before it struck the culvert a second time as it crashed, landing in an upright position.

The driver told officers that she fell asleep behind the wheel just before the car went into the ditch, Ballard said. She was not wearing a set belt at the time of the crash.

The Kia was towed from the scene.

Northbound traffic was impacted for nearly an hour while responders and cleared wreckage from the roadway. 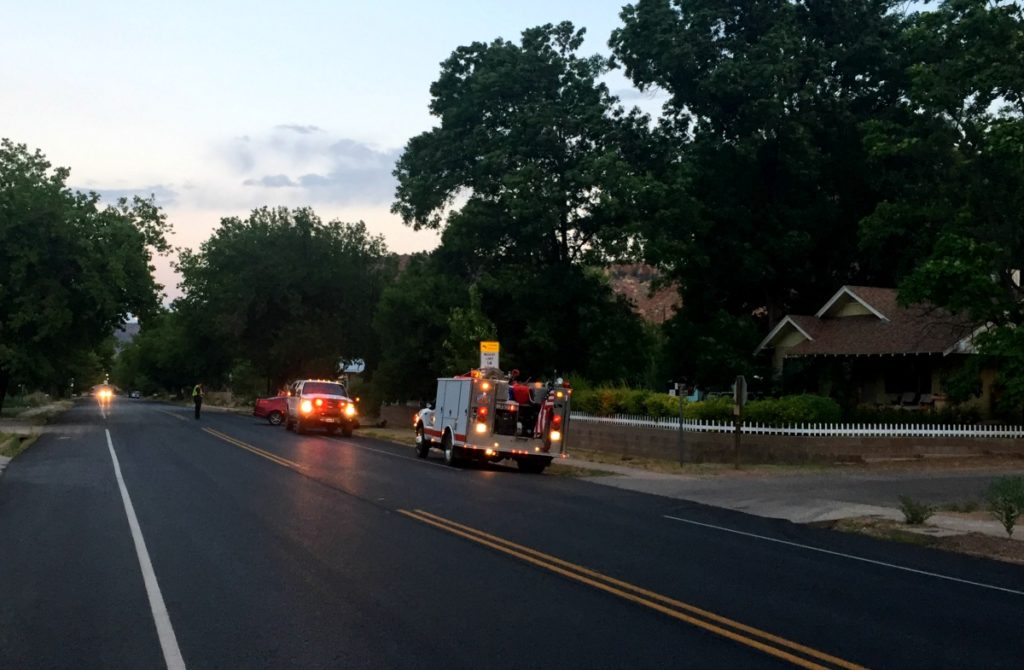 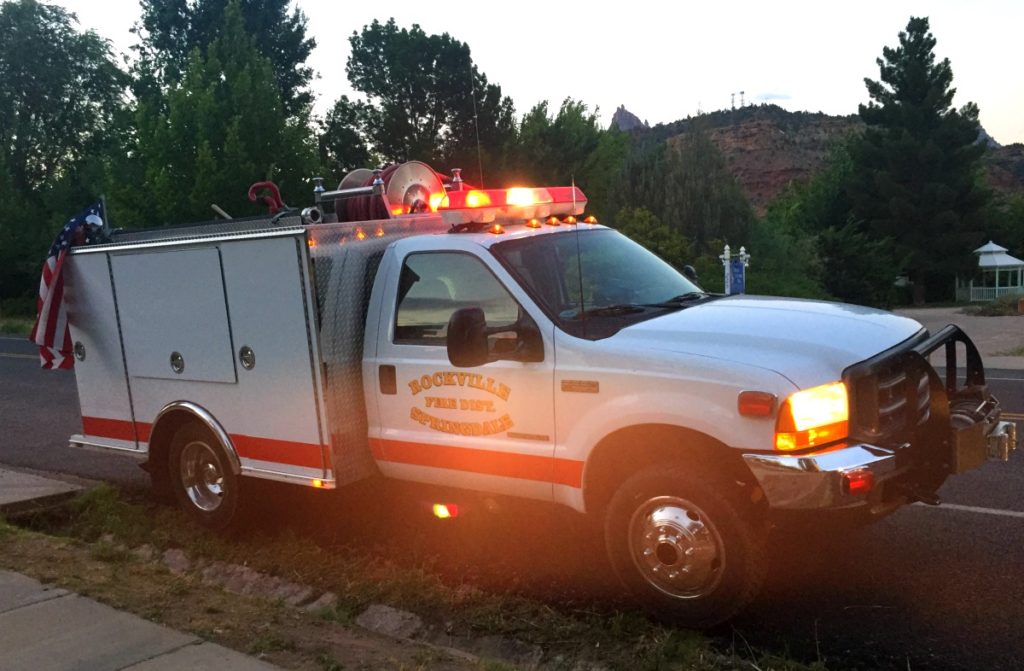 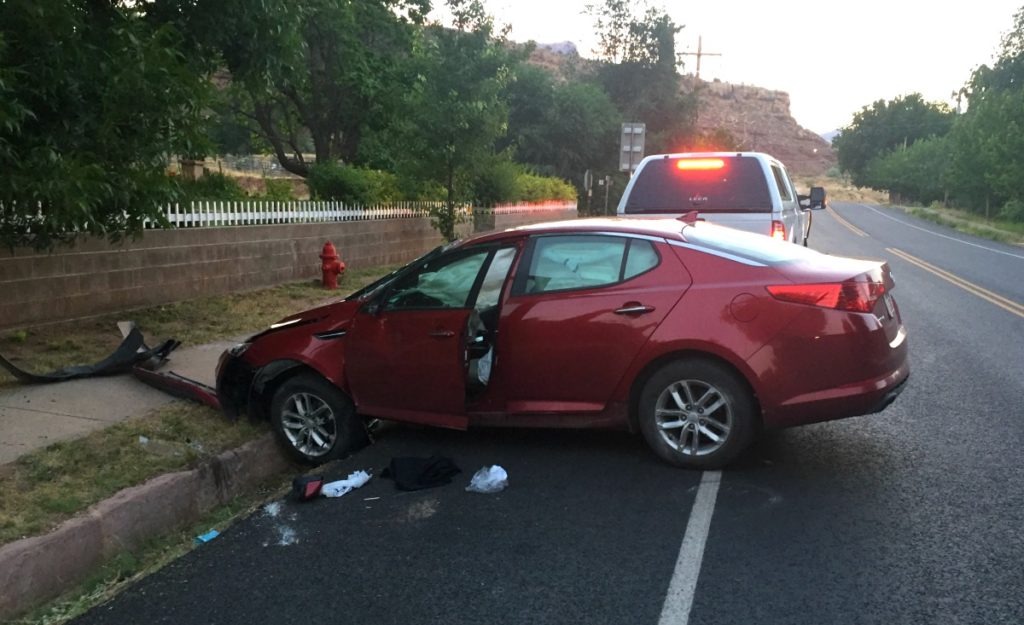 Crash on I-15 blocks one lane of traffic