ST. GEORGE — A man was transported to the hospital with serious injuries after he went hurtling more than 70 feet down a hill when a rock he was standing broke away near the Dixie Sugarloaf early Saturday morning.

Shortly after midnight firefighters and officers were dispatched on a report that a man in his late teens or early 20s had fallen from an embankment to the south of Red Hills Parkway, St. George Fire Captain Scott Peacock said.

Upon arrival, responders called in extra manpower when they found the young man approximately half way down the hill between Red Hills Parkway and St. George Boulevard near North 400 East.

“We didn’t know originally where he was on the hill, so when we found him, we knew we would need help since he was located so far up the side of the hill,” Peacock said.

Intermountain Life Flight was also dispatched to the area and remained at the scene in the event air transport was necessary.

The man fell between 20 to 30 feet in a “free fall” after one of the rocks he was standing on broke and gave way, Peacock said, but the exact distance was difficult to determine because the area was so dark at the time.

After landing, he then tumbled more than 50 feet down the side of the hill and was initially unresponsive according to witnesses at the scene but was conscious by the time his friend, a girl, reached him and called 911.

Firefighters set up a low angle line and Stokes basket before making their way to the injured man, Peacock said, and then spoke to his “girlfriend” who said she attempted to bring him down by herself but quickly realized she needed help.

The girl friend told firefighters that immediately after he went off the side of the hill, she ran down after him but started tumbling down the hill herself due to the steep grade and rocky terrain. Once she reached him, she realized he was seriously injured and waited with him for help to arrive.

Two bystanders sitting just feet from the couple at the top of the hill witnessed the accident and immediately called 911.

“Right as the kid stood up he went into a free fall down the hill,” one witness said, explaining how quickly the incident occurred.

The witness also said the man’s girlfriend called down to him immediately after the fall, but with no response, she ran around the embankment and down the hill “so quickly it was amazing she wasn’t seriously injured herself.”

Once the man was stabilized, he was loaded into the Stokes basket as firefighters, officers and the helicopter flight crew carried him down the hill to a waiting ambulance.

The man was then ground transported to Dixie Regional Medical Center in stable condition but with serious injuries.

Ed. note: Yates clarified in his phone call to St. George News that the girl with him was a friend he had just met, not a girlfriend. This report is revised, except as to quotes from witnesses and responders, accordingly. 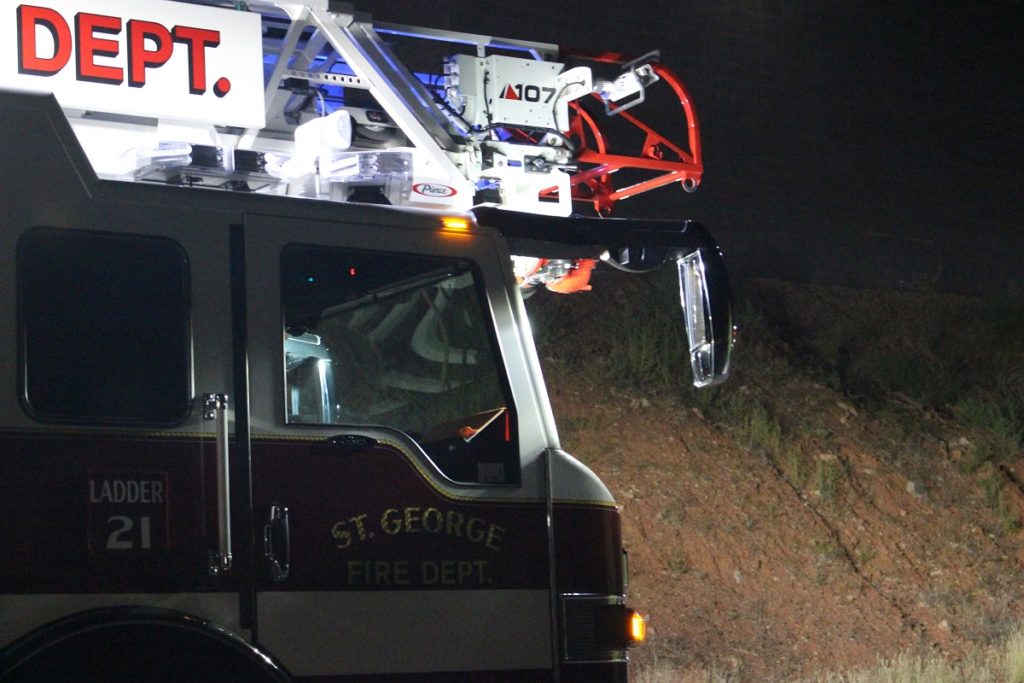 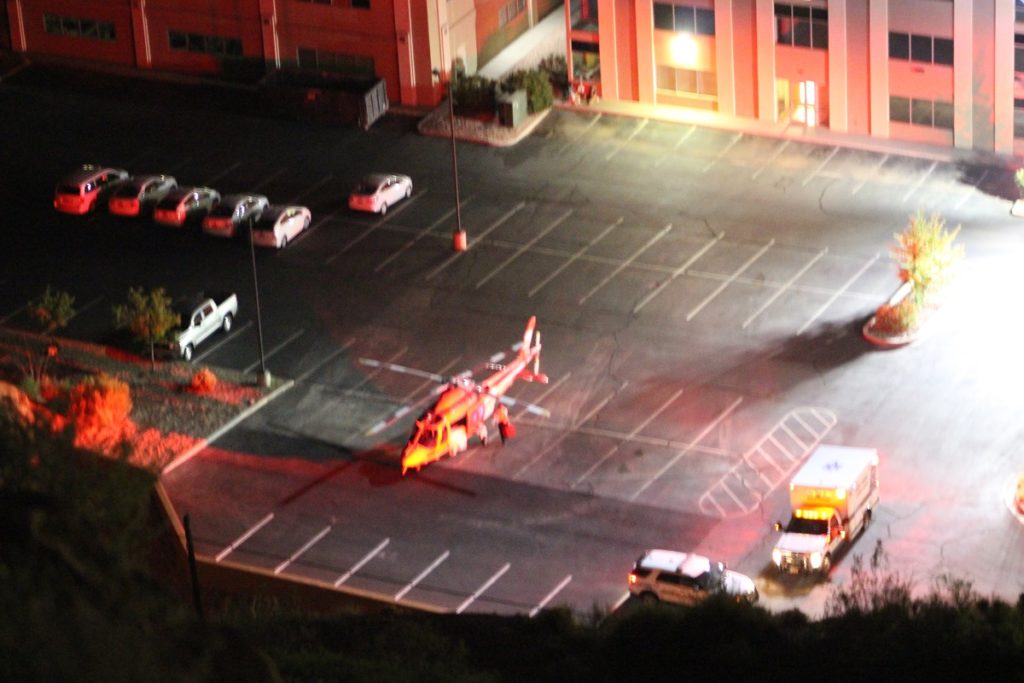 View from where man falls after rocks he was standing on broke away Saturday near Dixie Sugarloaf, St. George, Utah, July 1, 2017 | Photo by Cody Blowers, St. George News 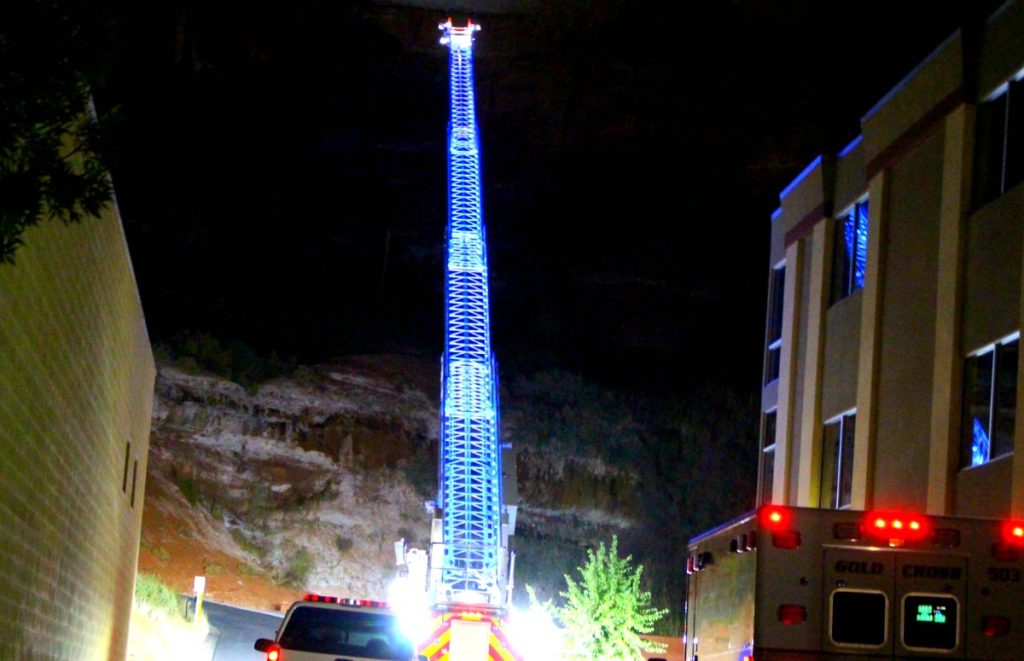 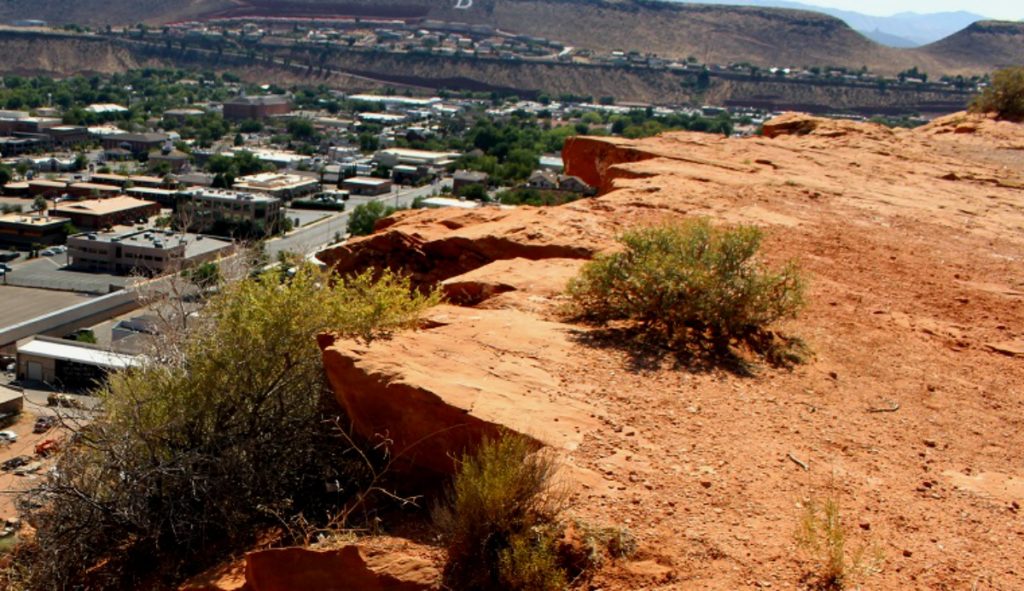 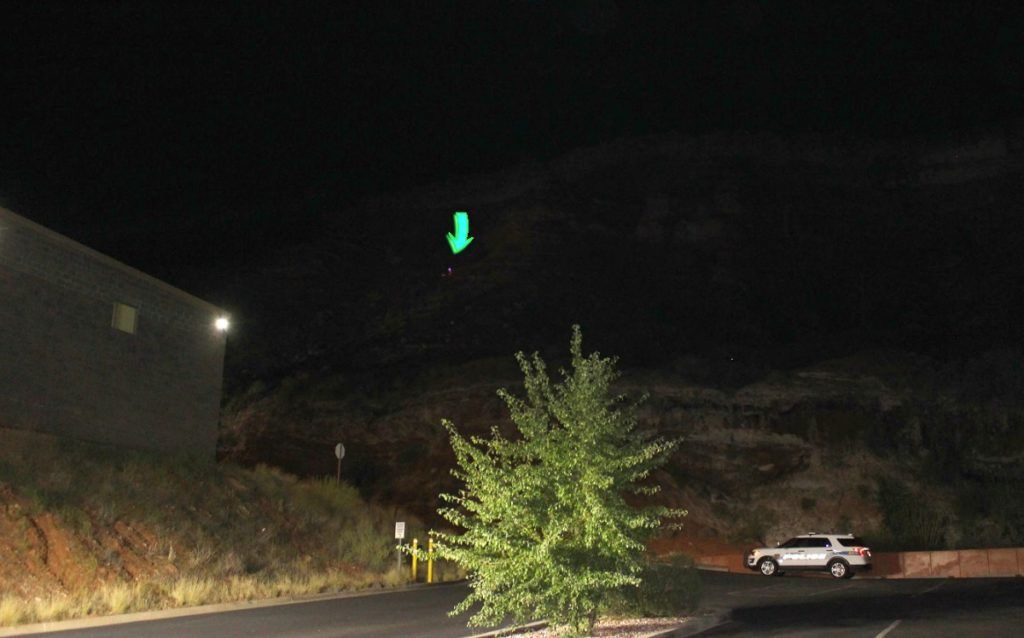 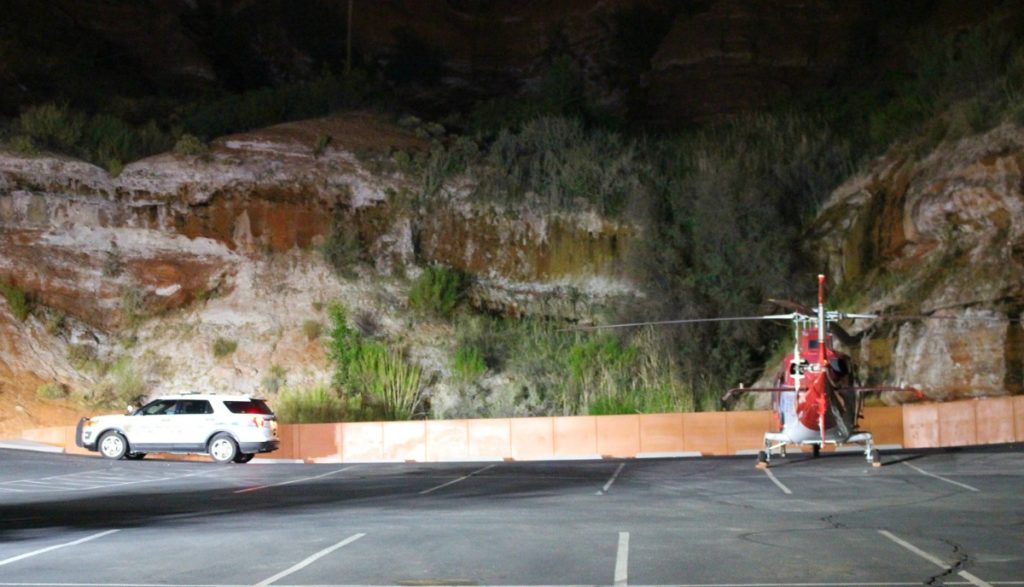 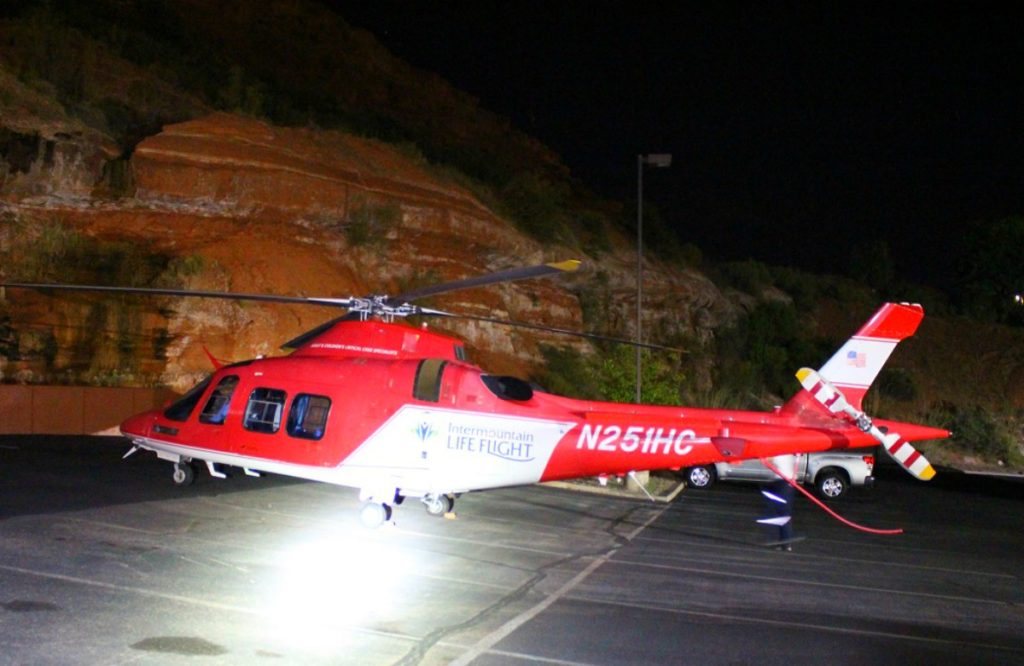 Hiker falls from rock formation near the Sugarloaf