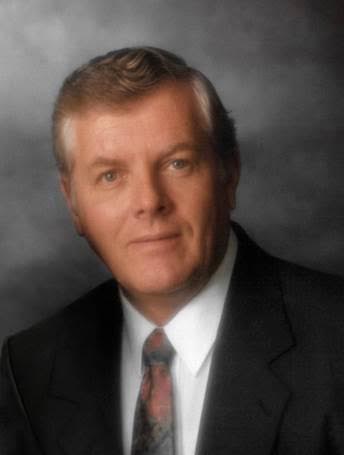 Vernon Lowell Hansen passed away Thursday, June 29, in his home at the age of 74. He was born in Logan, Utah, on June 26, 1943, to Vernon Lavan and Loretta Jensen Hansen, and was married to Jeri Manoma Jenkins.

Raised on a farm in Tremonton, Box Elder County, Utah, he learned how to work hard and did so his whole life. Lowell served a mission for The Church of Jesus Christ of Latter-day Saints in Germany, then returned home to attend Utah State University where he earned degrees in mechanical and aeronautical engineering. While there he met his future wife, Jeri, and they were married in the Logan LDS Temple on June 6, 1968.

Following his graduation, the couple moved to Laredo, Texas, where he served in the United States Air Force as an instructor pilot flying T-38 Talon fighter jets. They then moved to St. George, Utah, where he spent over 28 years teaching aeronautics at Dixie College. In the early 1970s Lowell opened Hangar 1, and earned a reputation as an exceptional mechanic working on airplanes and helicopters for local pilots which later developed into a Fixed Base Operation, Above View Jet Center, that he ran with his son, Justin. He and Jeri have six children that they raised in St. George, and are the grandparents of 19 grandchildren.

Lowell enjoyed the outdoors; he loved hunting, fishing, snowmobiling, hiking, photography and skiing. Lowell was an avid reader, being blessed with a brilliant mind, he retained so much information that Google was unnecessary! His formative years on the farm instilled in him a love of gardening, and he shared his harvest with many a friend and neighbor. He quietly moved through life helping those in need. He was capable of many things and was always called upon for assistance.

He is preceded in death by his parents, Vernon Lavan and Loretta Jensen Hansen; sister and brother-in-law, Joy and Richard McLaws; and granddaughter, Amelia Marie Hansen.