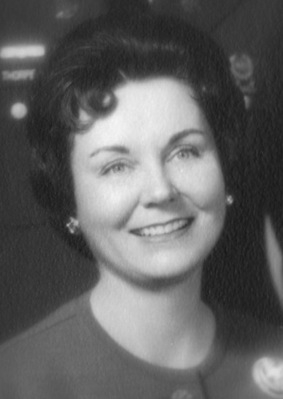 Carol Pond Thorpe, 94, of Logan, passed away peacefully on June 18, 2017, surrounded by family. Carol was born Feb. 21, 1923, in Salt Lake City, Utah, and was soon adopted by Stillman “Tim” Pond and Chloe Judd Pond. After Chloe’s death three years later, she spent her summers with her father in Lewiston, Utah.

She loved her time on her father’s farm. One summer she spent serving as Rodeo Queen riding her beloved horse, Tony. During the school year Carol lived in North Ogden, Utah, with Chloe’s sister and husband, Margaret and Roy Metcalf. She had lots of friends in North Ogden, loved hiking the trails of Ben Lomond Mountain and spending time with her dog.

After high school, she attended the Agricultural College in Logan (Utah State University) where she was involved with the ROTC Sponsors program and became an expert marksman. Three years into college she married Dean Wyatt Thorpe, of Wellsville. The couple married in the Logan LDS Temple September 23, 1942.

After some time working on the Pond farm following his service in World War II, Dean decided to make the Army his career. Carol became the perfect Army officer’s wife, supporting her husband through frequent moves throughout the world, including stations in Germany and Japan. Throughout the Korean and Vietnam wars when Dean was called away on extended tours of duty, she managed their growing family by herself. Later in Dean’s career, Carol hosted dignitaries and generals in her home with impressive grace, and helped other officer’s wives adjust to the challenges and demands of Army life.

Along the way Carol and Dean had four children: Michael (Anita) of Cottonwood Heights, Utah; Tim (Myrlene) of Elizabeth, Colorado; Chloe Sroufe of Logan, Utah; and Patricia (James) Gomm of Twin Falls, Idaho. Carol was a member of The Church of Jesus Christ of Latter-day Saints and served in callings with the Primary, music and Relief Society programs. After retiring from the military, Carol and Dean finally settled in St. George, Utah.

After Dean passed away in 1990, Carol enjoyed spending time with friends, visits from children and grandchildren, traveling, playing her baby grand piano, reading novels, caring for her three cats, and participating in community activities. One of her favorite activities was modeling for a yearly fashion show sponsored by local clothing retailers. She returned to Logan in 2013 to live at the Pioneer Valley Lodge where she made friends and loved visits from the Integrity staff. Carol made many friends throughout her 94 years who viewed her as a classy, kind, generous, bright woman with a wonderful smile, quick sense of humor and contagious laugh.

The family wishes to thank the staff at Pioneer Valley Lodge, the Integrity staff, the staff at Logan Regional Hospital ICU, the staff at Maple Springs (all of Logan), and Metcalf Mortuary of St. George.

Minnesota man sentenced after pleading guilty to felony drug charges, fleeing from police across I-15