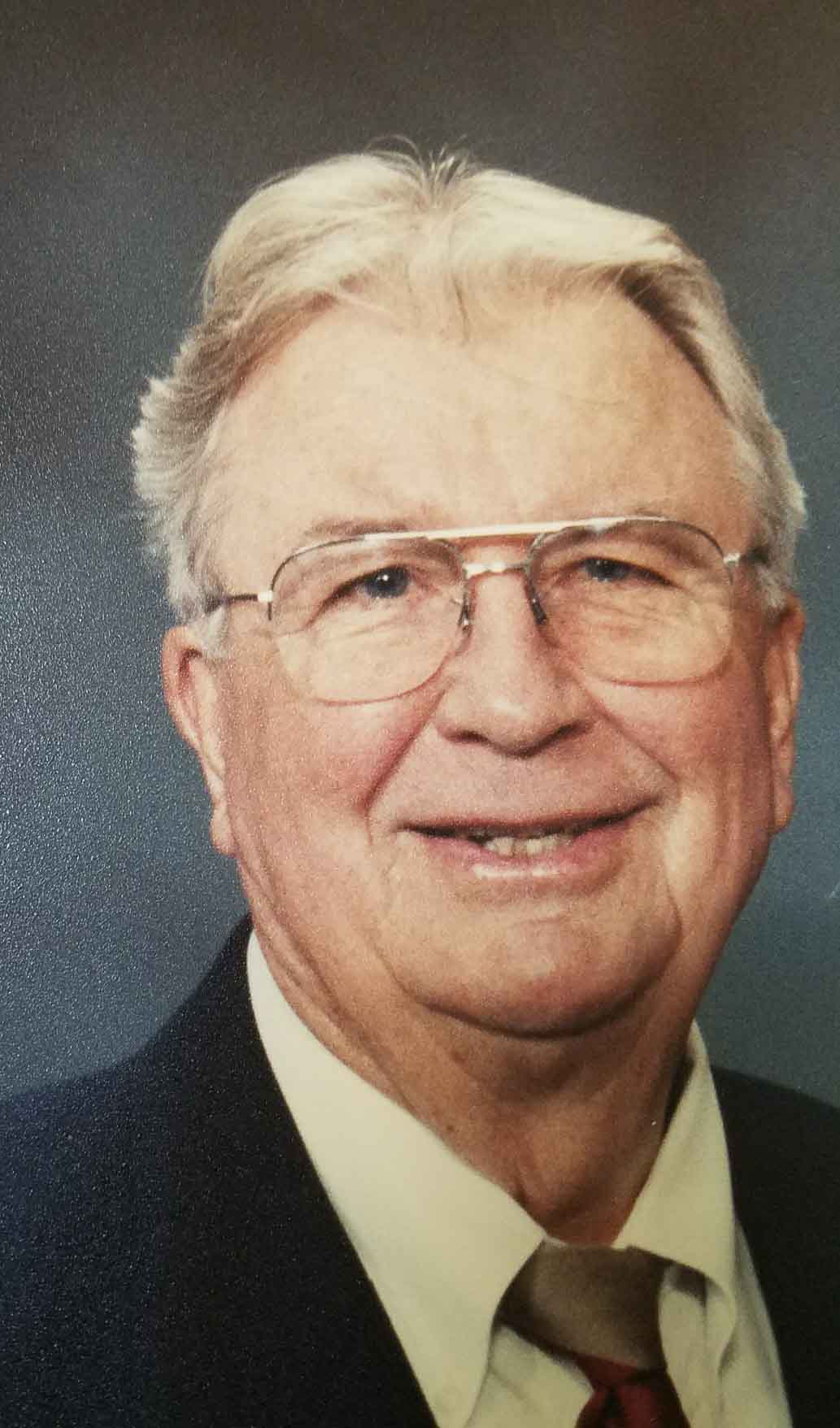 Harry E. Miller, 90, passed away on June 18, 2017, at his home in St. George, Utah. He was born on July 15, 1926, in Kansas City, Kansas, to E.D. Miller and Mary Lawson Miller and was the eldest of four boys. Harry grew up in North Kansas City, Missouri.  He attended North Kansas City High School, Class of 1944, and was a graduate of William Jewel College, Liberty, Missouri, in 1949. Harry served in the U.S. Army Air Corps during WWII.

Harry met Joy Brown, his life-long sweetheart, while they were in grade school. They were married in 1947 and remained together for 65 years.

Harry was employed with William Volker and Company for 26 years, beginning his career in sales and progressing to vice president. Being an accomplished salesman, Harry started his own business in 1980, representing fine interior furnishing and accessory lines. He was active in many business and civic organizations including The Salt Shakers, Western Council of Sales and Marketing Executives and The Utah Furniture Association. He served on the boards of the Salt Lake Area Chamber of Commerce, Willow Creek Country Club and Bloomington Country Club. Upon retirement in 1991, Harry and Joy moved from Salt Lake City to St. George where many of their friends lived. They were members of Shepherd of the Hills Methodist Church.

Harry loved playing golf, riding his bike, swimming and traveling with Joy. They traveled extensively together and with friends. Harry enjoyed a party, appreciated wine with a meal, investing in the stock market and watching football. In 1998, Harry was afflicted with macular degeneration and was no longer able to drive, play golf or participate in many of the things he had once enjoyed. He became an avid listener of audio books, so much so that it was difficult to keep up with his requests for another subject. He especially liked listening about current events, world history, politics and biographies. He believed we never stop learning and strongly encouraged his children and grandchildren to pursue a greater education.

The family is sincerely grateful for the love and dedication of Rae Massa, who cared first for Joy and then Harry for the past six years. Rae was much more than a nurse and caregiver to Harry; she was his highly-valued and trusted friend. We love you, Rae.

The family would also like to thank the compassionate caregivers at Home Care of Southern Utah and the incredible staff of Dixie Hospice Care.

A memorial service will be held at a later date. In lieu of flowers, the family requests donations to: Shepherd of the Hills United Methodist Church (SHUMC Building Fund) 920 W. Tonaquint Drive, St. George, Utah, 84770.

Arrangements have been entrusted to the care of Metcalf Mortuary, 435-673-4221. For condolences, full obituary and funeral listings please visit Metcalf Mortuary online.