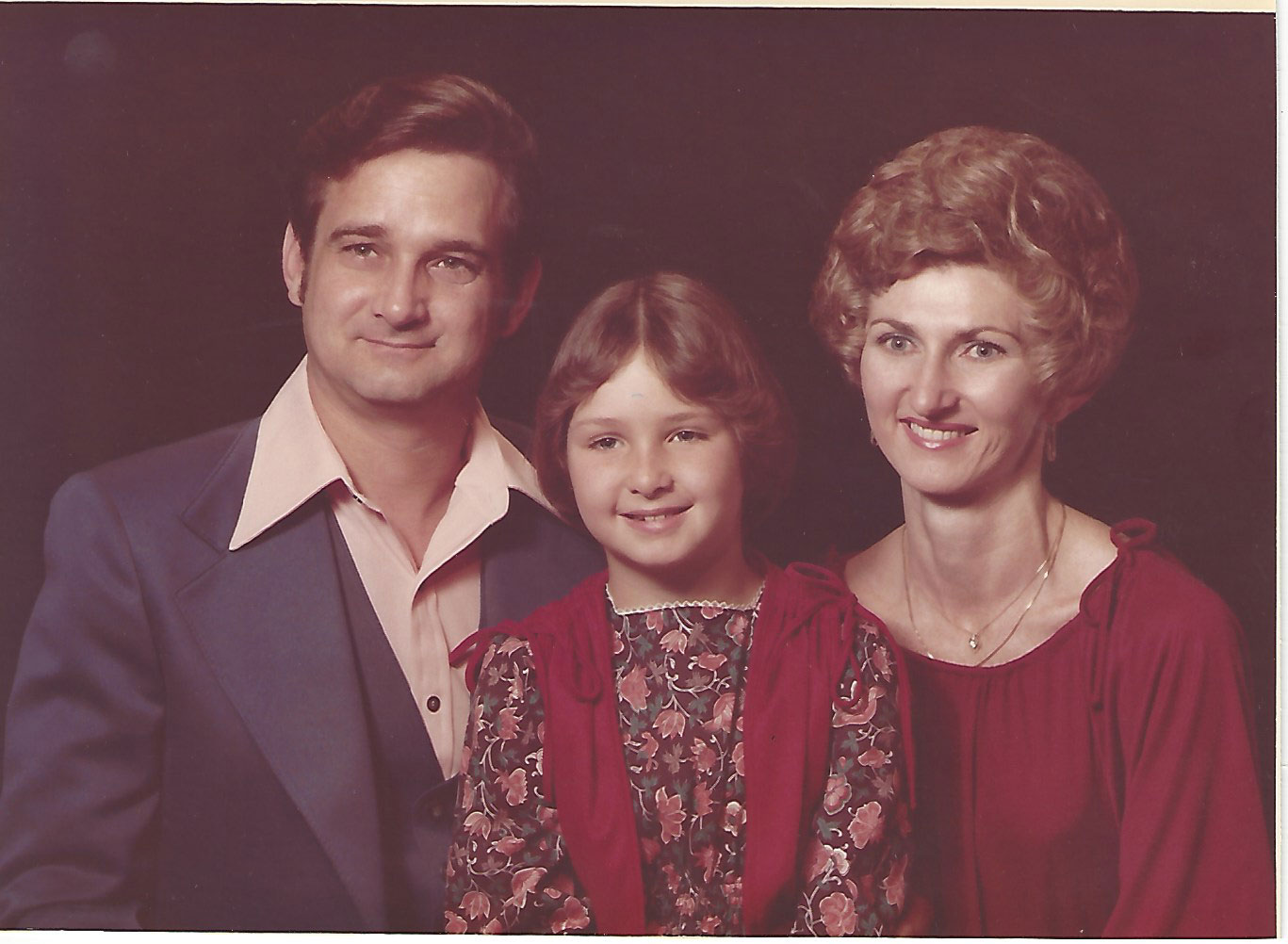 Robert “Bob” McNicol was born to Harold and Pauline McNicol in Altadena, California, in 1943. He was the youngest of four children and was spoiled accordingly. He had two older sisters, Donna and Joan, and an older brother Dennis, affectionately known as “Bud.”

His mother Pauline was one of the sweetest women ever born and her youngest son took right after her in terms of personality. His father Harold was a cook who owned his own restaurant. He passed his love of cooking to his youngest boy.

“Bobby” had the usual childhood of a family in a growing city. One of the things he used to love was swimming. He used to tell me that he would collect wire hangers to return to the cleaners to make enough money to get into the local pool. Once in there, he would swim and practice diving. Another of my favorite stories was him saying that in order to keep his legs together when he dove, he would put a belt around his ankles to keep them straight.

He always loved learning but hated the structure of school. His brother Bud didn’t have too much of a problem talking him into enlisting in the Navy. The funny part is, while he was in the Navy, his main job was as an airplane mechanic. Of course, the saying “Join the Navy, See the World” wasn’t lost on him and he was stationed in Kodiak, Alaska. I believe it was there that he developed his deep aversion to any kind of cold that seemed to last him his whole life. He was actually in Alaska during the earthquake and tsunami of 1964. As the tsunami emptied the bay, the troops were getting the planes off the ground before they were swept out to sea when the tidal wave came in.

During one of his leaves at home in California, his mother asked her good friend Florence if she thought her youngest daughter, Nancy, would be interested in going on a date with Bob while he was home. As many great romances start, theirs was rooted in friendship. They went out as friends and corresponded as friends until he was honorably discharged in 1965. Bob and Nancy’s friendship grew and blossomed into a full-fledged romance, culminating in their marriage in 1966. Life was seemingly wonderful for him; new wife, new apartment, same job in a service station. However, as the reality of being a husband and provider was tugging at him, he got a new job at the phone company as an installer. He worked in various positions at different telecommunications companies over the next 37 years.

In 1970, his only child, Stephanie, was born. The two were great pals and grew even closer when Nancy had a terrible illness that turned out to be ulcerated colitis. On the verge of death and weighing 76 pounds when she went into surgery, he nursed his wife back to health. Bob was very close to both sides of the family. However, all of his side of the family moved out of California to Medford, Oregon, an event that we just recently learned was one of the saddest times of his life. Luckily, Nancy’s family was still in California and they did a lot together. Nancy had two sisters and two brothers and everyone had children pretty close in age to each other which made for big, fun holiday get-togethers.

Bob was a history buff, especially the Civil War. He loved to learn more about it and would watch documentary after documentary about anything to do with it. We took a lot of family vacations and one was to Washington D.C. so he could tour some of the Civil War battle sites and go to all of the museums and national monuments. One of our most memorable vacations was to Colonial Williamsburg. You are literally immersed in history so he was in heaven. He loved to travel and had a few perennial favorites. He loved taking his bride to Lake Tahoe for their anniversaries and sneaking away to Apple Farm in San Luis Obispo as a little break from the drudgery and hard work of life. Later in life, he would focus his attention on cruises. He loved being with his family and would take cruises to Alaska, Hawaii, and various parts of Europe. By far, his favorite city was Venice. He loved everything about it and hoped to go back one day.

Bob was also very fond of Shakespeare and watching plays. We made a family trip up to Ashland, Oregon, to see a play at the Ashland Shakespearean Festival. Every Christmas we would go to the Glendale Center Theater to see “A Christmas Carol” and during the year we would see other plays there as well.

His little family of three became a bigger family of four in 1995 when Stephanie got married and a son-in-law was added to the mix. The gang became bigger with the birth of his first grandchild in 1999. Alexandra was a delight to her grandfather and they shared a love of Harry Potter and all things Muggle and magic. In fact, he loved it so much his license plate read “Muggle Born.” The gang got even bigger when his second grandchild was born in 2002. Jake was a lot of fun and brought him great joy.

A theme was developing in Bob’s life that would change his life forever. His daughter, son-in-law and beloved grandchildren moved away from California to Utah as his brothers and sisters had done so many years ago. He had retired the year before so he and Nancy would make frequent trips up to see their family. It wasn’t long before they found a beautiful house in Utah in the same town their only child and only grandchildren were in. They moved about 2 years after the kids moved and enjoyed life as retired grandparents. The kids loved having them so close and would frequently go out on adventures with them. They could always count on Free Pie Wednesday dates with Gramma and Grampa. They were at their school events and sports events and every event in between. Basically, they were living the good life of spoiled grandchildren who were beloved by their grandparents.

Unfortunately, it was during this time that Bob’s health really started to decline. He had had quadruple bypass surgery in 1984 and was suffering from a variety of ailments, from diabetes to pancreatitis. Perhaps it was during this time in Lindon that his distaste of cold and snow started to flare up and he started to look for warmer climates. Bob and Nancy heard about Tuacahn Amphitheater in St. George and began making annual pilgrimages to see plays down there. It really was only a matter of time before the lure of sunny, warm weather would get them. After about 10 years in Lindon, they moved down to St. George into yet another gorgeous home, this one being single-story which was easier for Bob to get around in. This would be the last move for Bob as his body just started to shut down.

Never one for letting a chance to visit his niece, Debbie, and her husband, Lindo, go, he and Nancy went for a visit down to Bullhead City to see them and get a pastrami sandwich from The Hut. He didn’t feel well enough to finish the visit and entered hospice care upon returning to St. George. He died about six weeks after that in the loving care of his devoted wife of 50 years. For those of you who know Bob and Nancy, they were in love every day of those 50 years. They were devoted to making each other happy and Nancy did everything she could to ensure his comfort in the last weeks of his life.

He is preceded in death by his mother, father, mother-in-law, brother-in-law, sister and brother. He is survived by his wife, Nancy, in St. George; his daughter, Stephanie, and son-in-law, Chris; grandchildren, Alexandra and Jake in Lindon; and his sister, Joan, in Oregon.

Bob left a legacy of love for his family and love of learning. You’ll notice that his picture in the program isn’t just of him alone, it is Bob with his family. He left a love of learning and education. So the next time you think of Uncle Bob, turn on a documentary, or any British crime show, and smile knowing that the world was made a kinder and gentler place because of this wonderful, warm, loving, kind man.