GUNLOCK — A new fire station was the highlight of an open house in Gunlock Saturday in a show of commitment to the often underserved communities of the Northwestern Special Service District.

The new station has been seven years in the making since the Northwestern Special Service District’s board set out to improve the small community’s fire infrastructure. A new fire engine is also scheduled to arrive in the fall.

“The people of Gunlock, they’re part of our fire district, and yet didn’t really have a functioning fire station,” district board member Kathy Tanasz said. “They were paying the same standby fees to the district that everyone else was, they just didn’t have the benefit of a functioning station with volunteers.”

Previously, the 130-person town of Gunlock was saddled with aging equipment – a 1950s engine and an outdated brush truck – and a relatively tiny building, all ill-equipped to respond to potentially disastrous structure fires.

Additionally, if there was a problematic fire in the area, crews from other district communities had to respond.

“Right now when there’s an incident in this area,” Steve Haluska, district board chair, said, “we come down from Veyo, Brookside and Central and – just the travel time getting here with our equipment – it takes a while.”

Fire protection in Gunlock is further complicated due to flooding or wildland fires on land managed by the Bureau of Land Management that often isolates the area from outside help.

“In my opinion, it’s really scary if you have an area of the district that doesn’t have fire protection. Not only is it scary, but the people pay for it,” Haluska said.

A survey in 2011 conducted by Brookside Fire Chief Dan Tanasz determined that the town’s residents felt a new station and equipment were a major priority for their community.

It was then the chief and his wife Kathy Tanasz began laying the groundwork for today’s open house.

Money was a big issue, however, as it wasn’t within the means of residents to come up with the funding necessary for the new station and equipment.

“Most of the money goes to those producing communities that are impacted by mineral gas exploration,” Naghi Zeenati, Utah Permanent Community Impact Fund board member said. “Unfortunately, Washington County is not a producing community.”

However, Zeenati was able to convince the community impact board to contribute around $215,000 in grant money to the project which covered a major portion of the building and engine cost.

Additional funding was secured through the Five County Association of Governments and a 10 percent contribution from the district.

The completion of the fire station is one huge step toward having a fully equipped district that stretches from Mountain Meadows to south of Gunlock, Haluska said.

Now, the challenge becomes staffing the building with volunteers.

“To be a firefighter, and everything you have to do, it’s kind of a whole ‘nother level of volunteer service that these people do,” district board member Stuart Bowler said.

The district functions almost entirely on volunteer firemen who must complete a lengthy certification process and be ready to respond at a moment’s notice.

The new station was built in part to attract a steady team of volunteers.

“Yesterday we started getting people interested in signing up and volunteering down here again,” Haluska said.

In the meantime, the new station and forthcoming engine will be a major benefit to existing volunteers from outside of the community.

“When we get the new engine here, we’ll have excellent structure urban-interface equipment, and we’ve got really good brush equipment throughout the district,” Haluska said, “So it’s a big matter of getting people and getting them trained.” 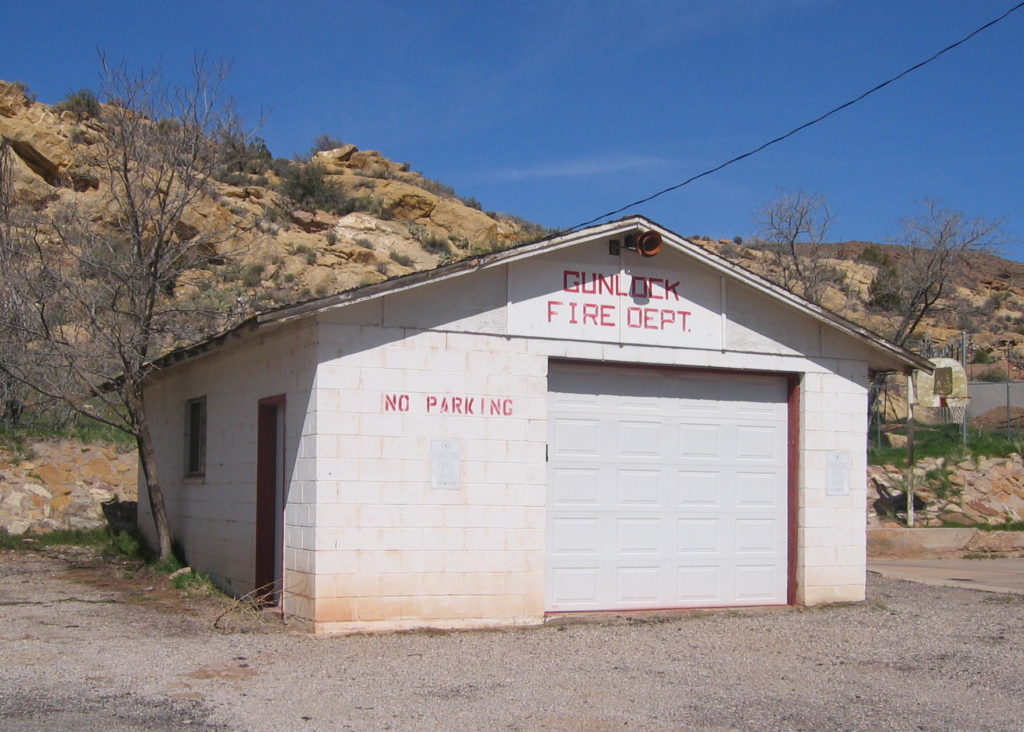 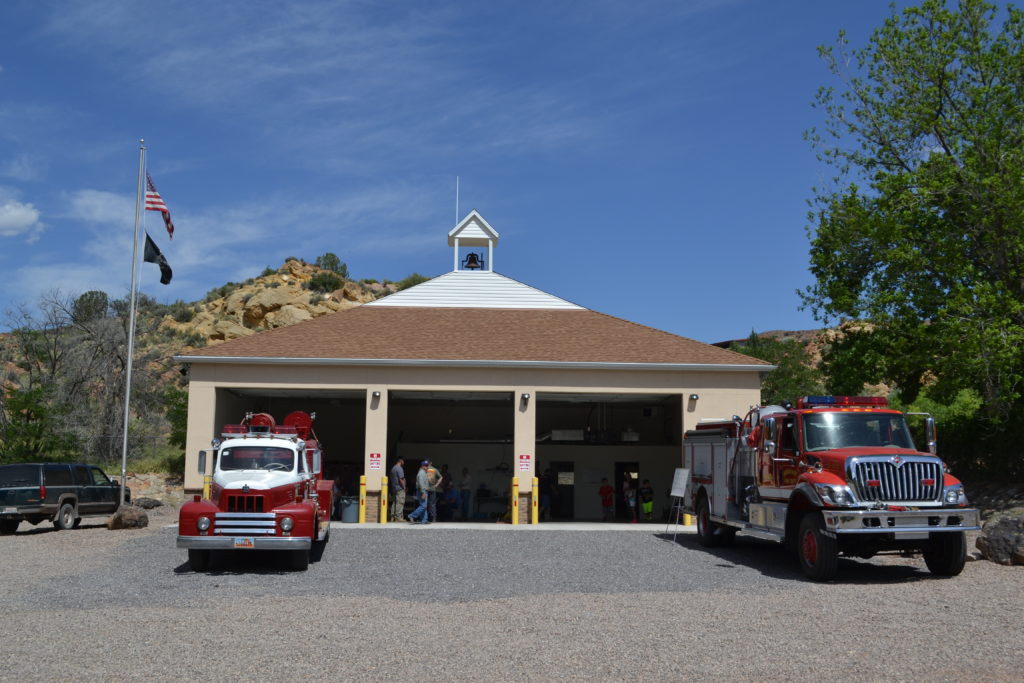 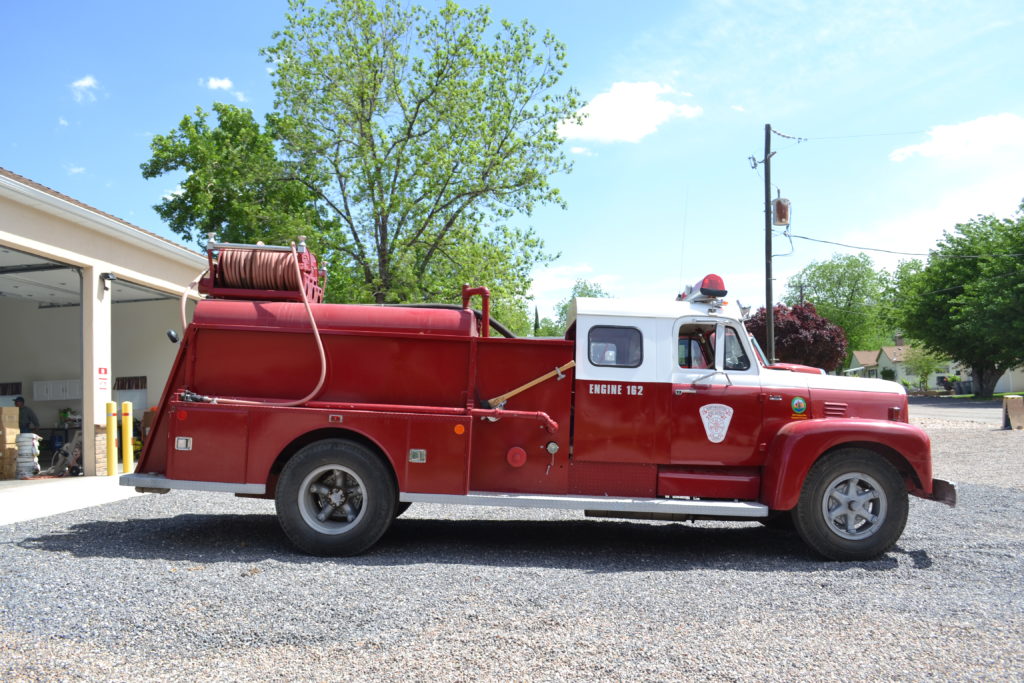 An existing fire truck dating back to the 1950s at the Gunlock Fire Station will be replaced by a brand new engine in the fall, Gunlock, Utah, May 6, 2017 | Photo by Joseph Witham, St. George News 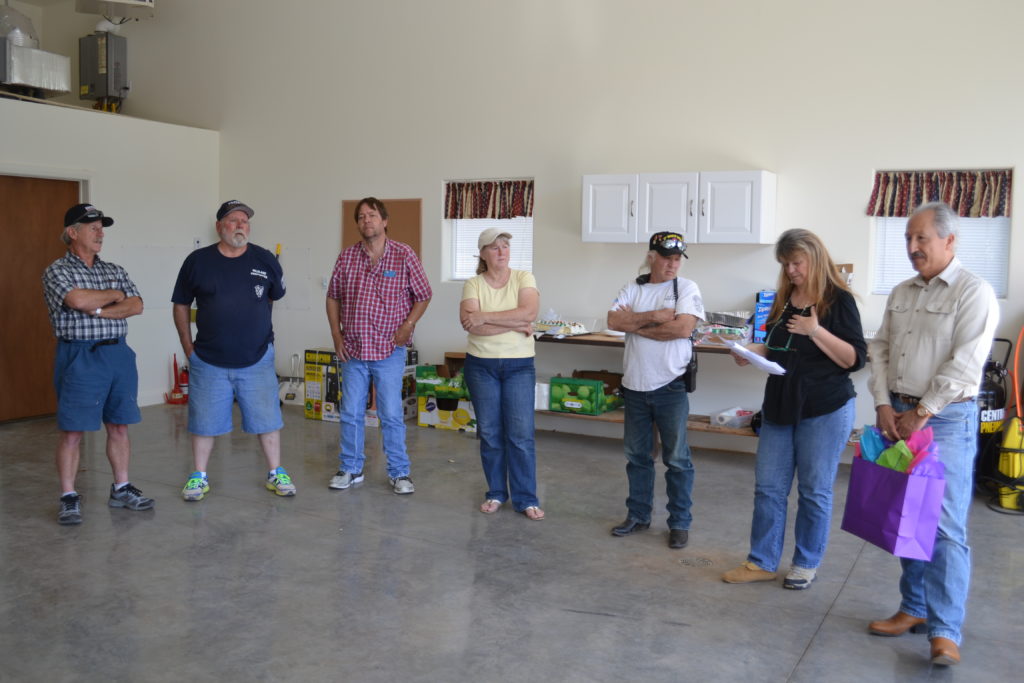 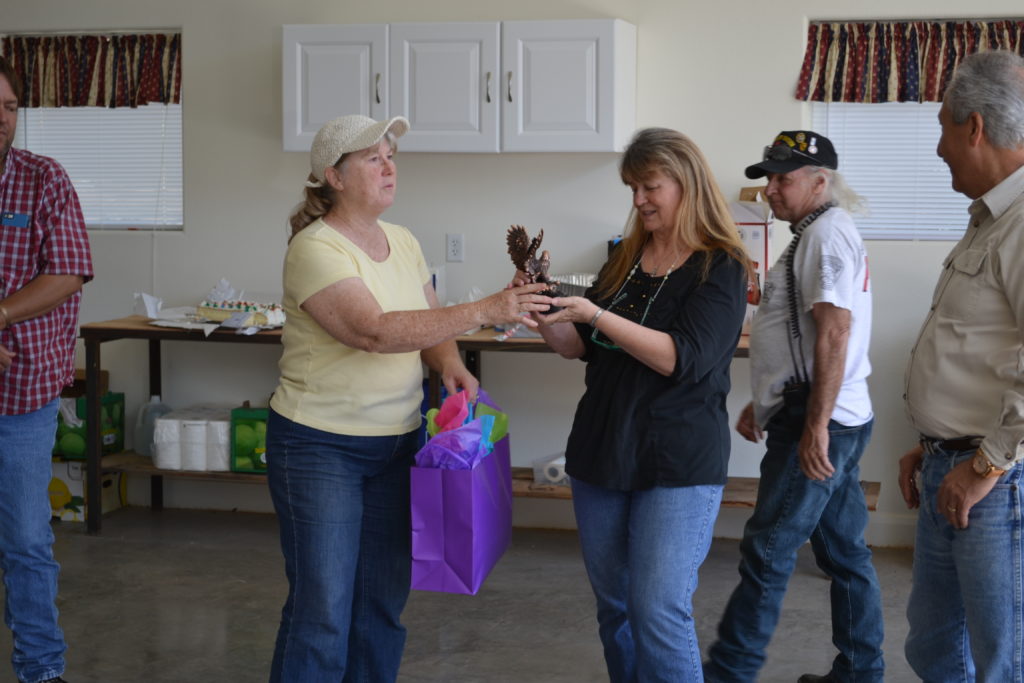 LuAnn Carpenter presents Kathy Tanasz with a gift for her efforts in getting a new Fire Station built in Gunlock, Utah, May 7, 2017 | Photo by Joseph Witham, St. George News 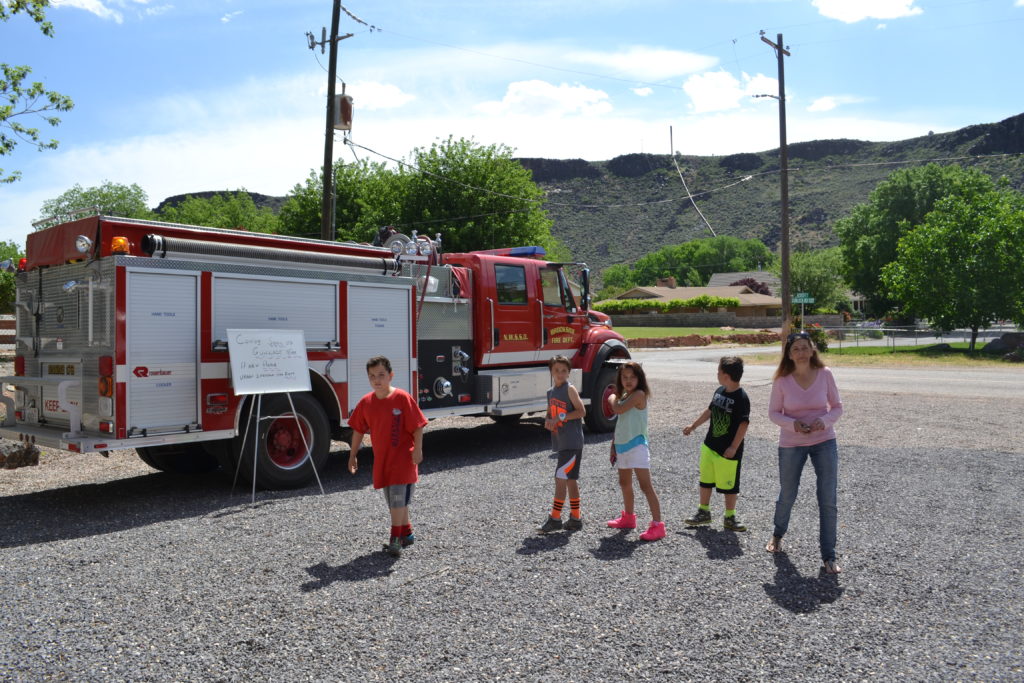 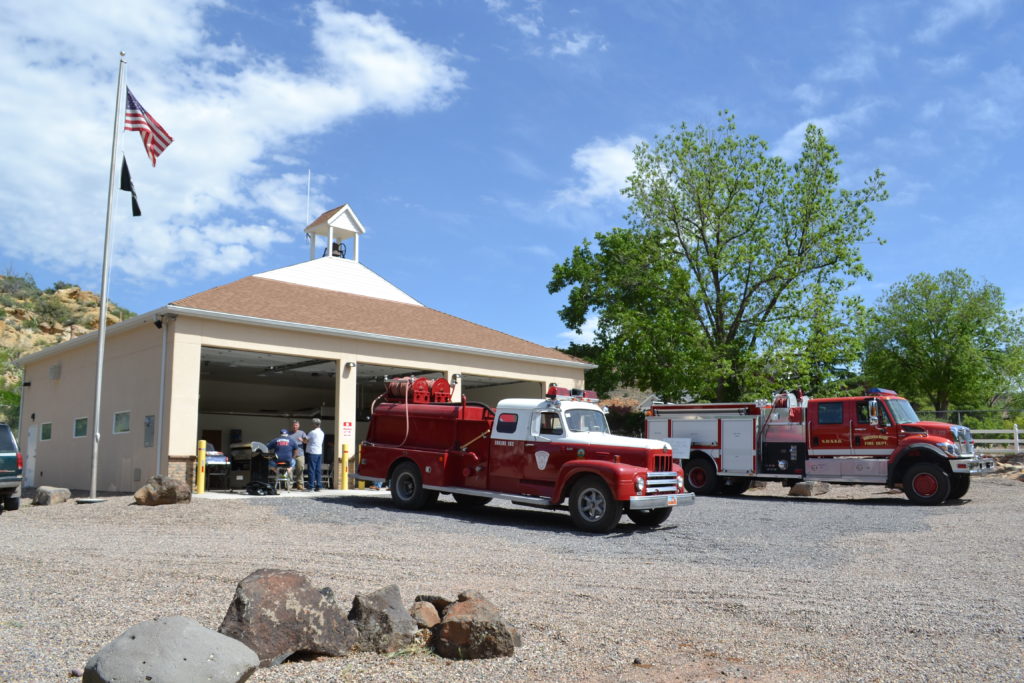