ST. GEORGE — A driver who failed to see a long line of motionless vehicles waiting ahead of him for a green light ran into the back of an SUV Thursday.

At 12:30 p.m. officers were dispatched to a two-vehicle crash near the corner of River Road and East 170 South involving a silver Hyundai Accent and a dark colored Ford Explorer, St. George Police Officer Ken Childs said.

Once emergency personnel arrived on scene the man driving the Hyundai was transported to Dixie Regional Medical Center for “non life-threatening injuries that were related to the collision and the air bag deploying,” Childs said.

“The passenger in the Ford said he had minor whip lash, but refused to be transported,” he added.

Officers determined after speaking with witnesses that a long line of vehicles were stopped on River Road waiting for the light to turn green at the intersection of East 100 South.

The man driving the Hyundai was heading north on River Road and failed to see the line of cars ahead. He slammed into the rear bumper of the Ford that was also waiting in line for the light to turn green.

“The driver said he didn’t realize that traffic was stopped,” Childs said, “and a couple of witnesses at the scene said it didn’t appear that the driver hit his brakes at all before the collision.”

The Hyundai sustained extensive frontal damage and was towed from the scene, while the damage to the Ford was confined to the rear bumper. A tow hitch on the Ford caught the front bumper of the Hyundai and took the brunt of the impact.

All occupants were wearing seat belts at the time of the crash. The driver of the Hyundai was cited for following too close. 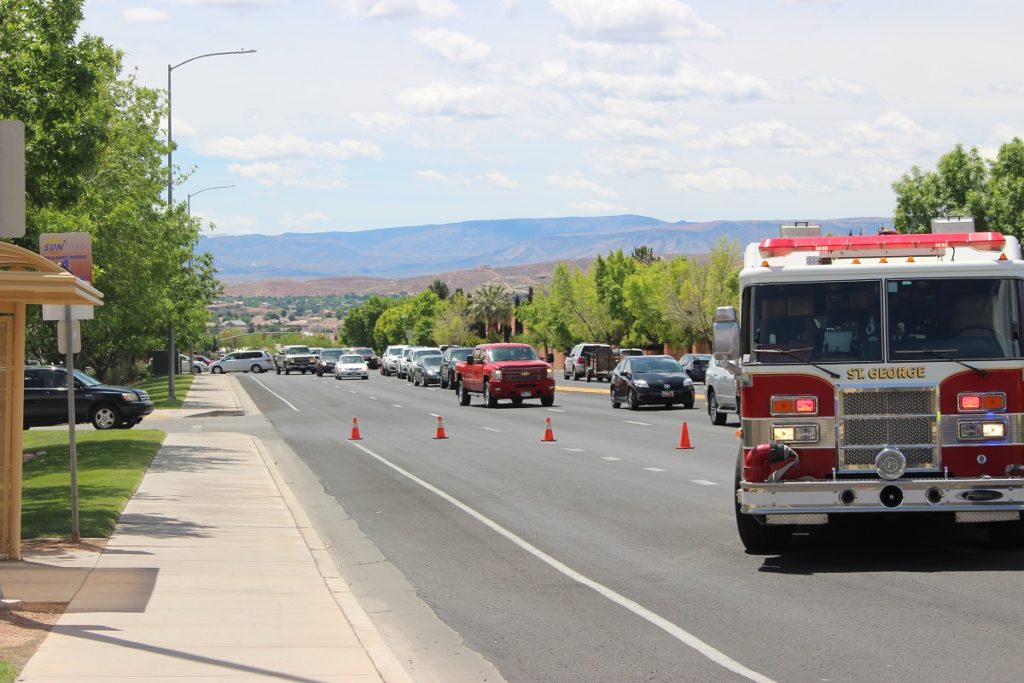 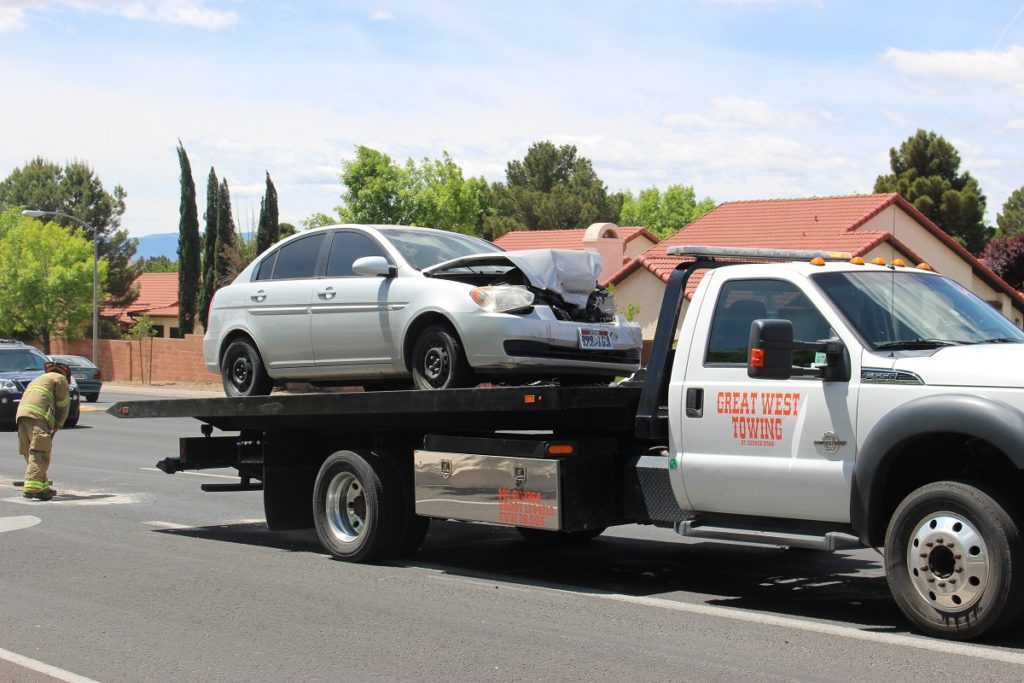 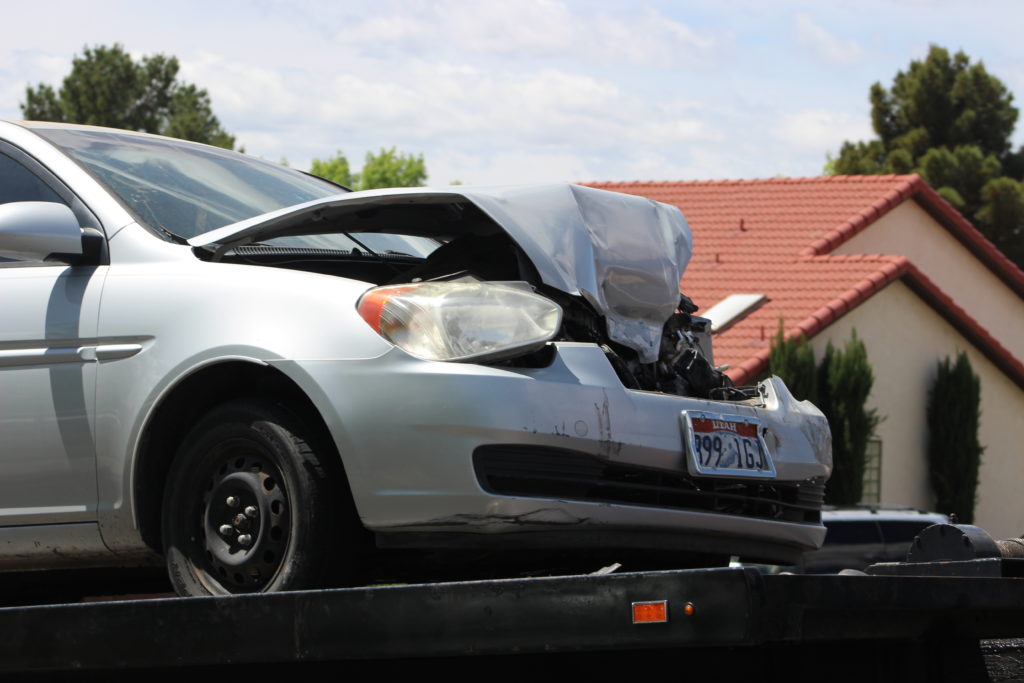