ST GEORGE — One woman was injured and transported to the hospital after a three-vehicle crash triggered when a driver drifted off of the roadway Friday morning.

Paramedics from Gold Cross Ambulance were already on scene when officers and firefighters arrived, McDaniel said, as they were in the area when the crash occurred and called dispatch to report the incident.

The driver of the Honda was injured in the crash, and she had been transported to Dixie Regional Medical Center for evaluation and treatment.

“The Honda driver’s injuries are unknown at this time because she was already transported when we got here,” McDaniel said.

Officers determined through the investigation that the woman driving the Saturn was heading south on South River Road and was “on her phone and looking down,” McDaniel said, as her vehicle drifted over to the right and hit the curb.

Traveling at more than 35-40 mph, the Saturn bounced back over to the left and struck the Honda, launching it into the rear bumper of the Ford, McDaniel said.

After impacting the Honda, the Saturn continued south and struck the Ford before it came to rest near the front of the truck, he said.

“She hit the Honda … and then went around the Honda because she still had enough speed and ended up hitting the Ford again,” McDaniel said.

The woman driving the Saturn was cited for using a handheld device communication violation and following too close, he said.

“That citation is for the texting law, and with serious bodily injury, which is an arrestable offense,” McDaniel said.

According to the Utah Department of Public Safety, the citation is a “class B misdemeanor if violation of the section causes serious bodily injury to another or previous violation, or conviction of the violation, within past three years.”

Both the Honda and the Saturn suffered extensive damage in the crash. The airbags were deployed and both cars were later towed from the scene.

St. George Firefighters changed the rear tire on the Ford and secured the rear bumper, which allowed the driver, Bry Wallace, to drive his truck from the scene with his pets sitting safely beside him.

“All of the responding firemen, officers and paramedics were extremely personable,” Wallace said. “They helped me get a tire change and got me back on the road.”

“This has been a totally wonderful experience with these guys,” he added.

Traffic was impacted for nearly an hour as both southbound lanes were closed, and traffic was diverted into the center lane. 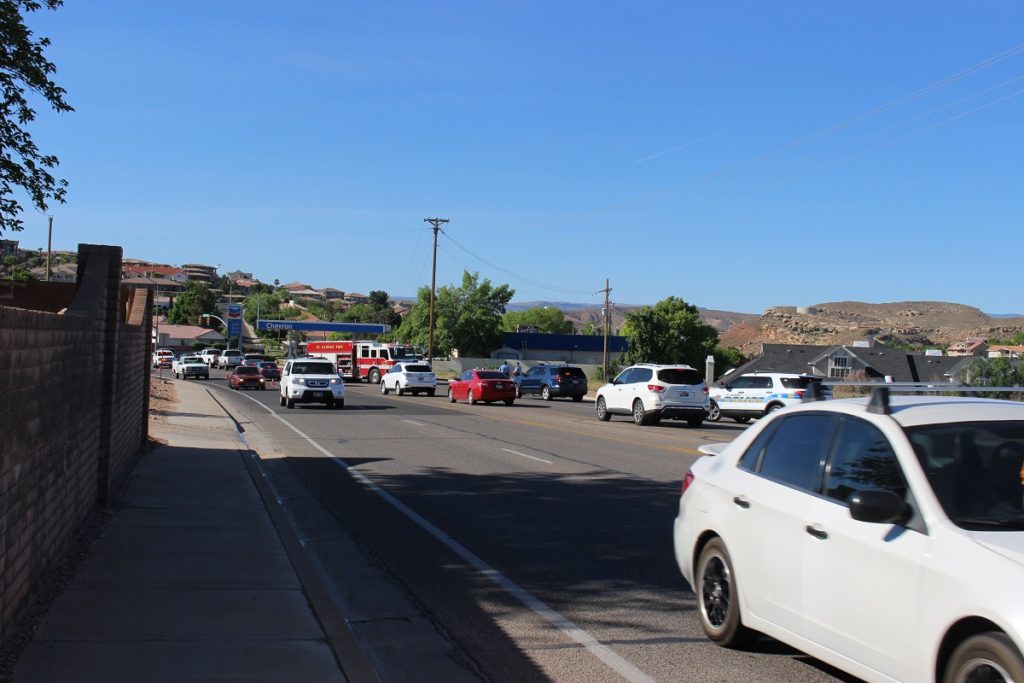 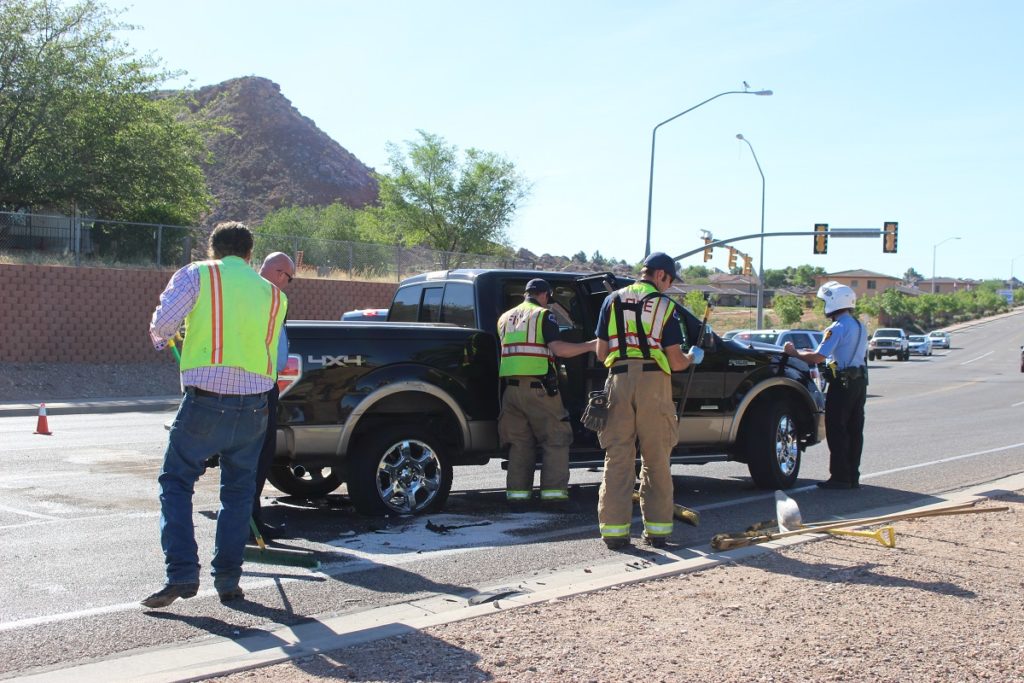 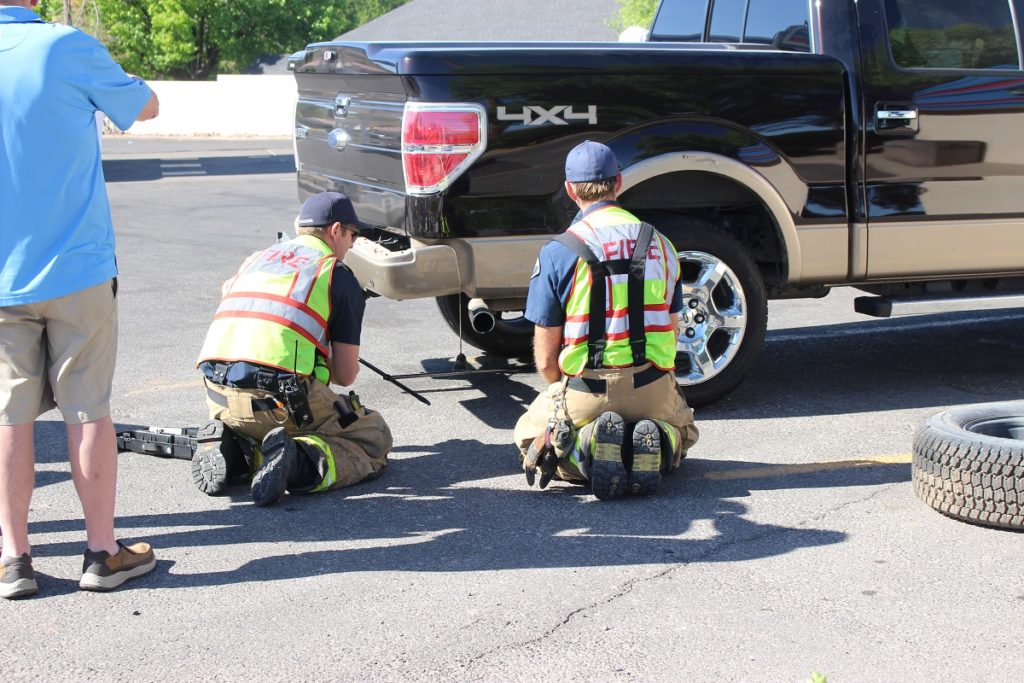 Failure to yield leads to 2-vehicle collision on River Road