ST. GEORGE — Washington County Search and Rescue teams had an exceptionally busy day Friday with three separate rescue efforts in less than 24 hours. Incidents spanned the county and involved a teen with a severely mangled ankle, a utility task vehicle crash and a cliff-climbing recovery.

At around noon, the team was dispatched to a trailhead leading to a geological formation known as “Mollies Nipple” in Hurricane on report of an injured 16-year-old girl.

“She had fallen, and she thought she had a broken ankle,” Washington County Search and Rescue sheriff’s liaison Darrell Cashin said.

Upon arrival, the rescue team found the girl about 100 yards from the trailhead.

“When we got there, it was an obvious deformity,” Cashin said of the girl’s ankle, “so we knew it was either dislocated or broken.”

She had reportedly been climbing on loose rock when she fell.

“She slipped and she fell approximately 10 feet,” Cashin said, “and most of her weight came down on that one ankle.”

They tended to her medically then carried her to the trailhead where her father requested she be transported to the hospital by an ambulance from Hurricane Valley Fire and Rescue.

Read more: Search and Rescue: Who pays for it?

Later in the afternoon at about 4:30 p.m., the rescue team was dispatched to a remote area of the west desert near the intersection of Manganese Road and Motoqua Road on report of two women injured in a UTV crash.

One of the women had been thrown from the vehicle and the other was pinned inside of it.

“The dashboard had been hit hard enough that it came back and it pinned her legs against the seat,” Cashin said, “and they couldn’t get her out.”

The woman thrown from the UTV escaped serious injury and declined transport.

However, the potential for injury for the pinned woman was serious enough that Intermountain Life Flight was dispatched to the area.

With the woman still stuck in the vehicle, a responding officer from the Bureau of Land Management came up with a solution.

Responders tied two winches onto the vehicle, one on the back and the other on the front steering column, allowing them to slowly pull the dash away from the woman’s legs and slip her out.

“We were concerned about possible leg fractures and what we would call compression fractures,” Cashin said. “Compression injuries from that much pressure being on her legs for that amount of time can damage the soft tissue and damage bone.”

She was conscious and talking to responders and agreed to be transported by the waiting helicopter to the hospital.

Deputies from Washington County Sheriff’s Office and a unit from Ivins EMS also responded to the incident.

“While we were just finishing up with that one,” Cashin said, referring to the UTV crash, “one of the deputies walked up to me and said, ‘hey, dispatch is trying to get a hold of you, we have another search and rescue in Snow Canyon.’”

At about 6 p.m., rescuers were dispatched to Snow Canyon State Park on report of a hiker who had fallen and was out of the view of his friends.

“Two females and one male in their early 20s had decided to go hiking,” Cashin said. “The male took off and went on different trail. The females went on their hike. They couldn’t locate their friend.”

As the women went looking for their lost friend, they were eventually able to make vocal contact with him but could not actually see where he was.

The team made their way up the West Canyon area and located the two women.

“They were searching the area,” Cashin said of his team, “and all of the sudden one of them noticed this yelling was coming from way up in the very back up on a cliff.”

The man told rescuers that he had fallen twice and was stuck in a precarious spot near a sheer cliff. He did not suffer any serious injuries in the fall.

“He was 75 feet down from the top and over thousand feet from the bottom,” Cashin said. “Looking up there was a thousand feet of rock face and then you could see a little black dot that was him sitting on about a 2-3-foot ledge.”

Recognizing that the extraction would be a difficult and technical task, the team paged for additional assistance from the high angle ropes team.

By now, rescue personnel were working in the pitch black of night, Cashin said, so they took extra care to set up a safely secured double raise system.

Two ropes were lowered to the man’s location where he was secured to a harness and pulled to safety.

EMS performed a medical examination, and the rescue team provided the man with water, food and a jacket and walked him to the trailhead. By then it was 2 a.m. Saturday.

The county search and rescue crews have put in serious time over the past six weeks, Cashin said, with 24 rescues, 12 already in April.

“I think this is the new normal,” Cashin said of the influx of rescues, noting that Washington County has grown substantially as an outdoor destination in recent years. 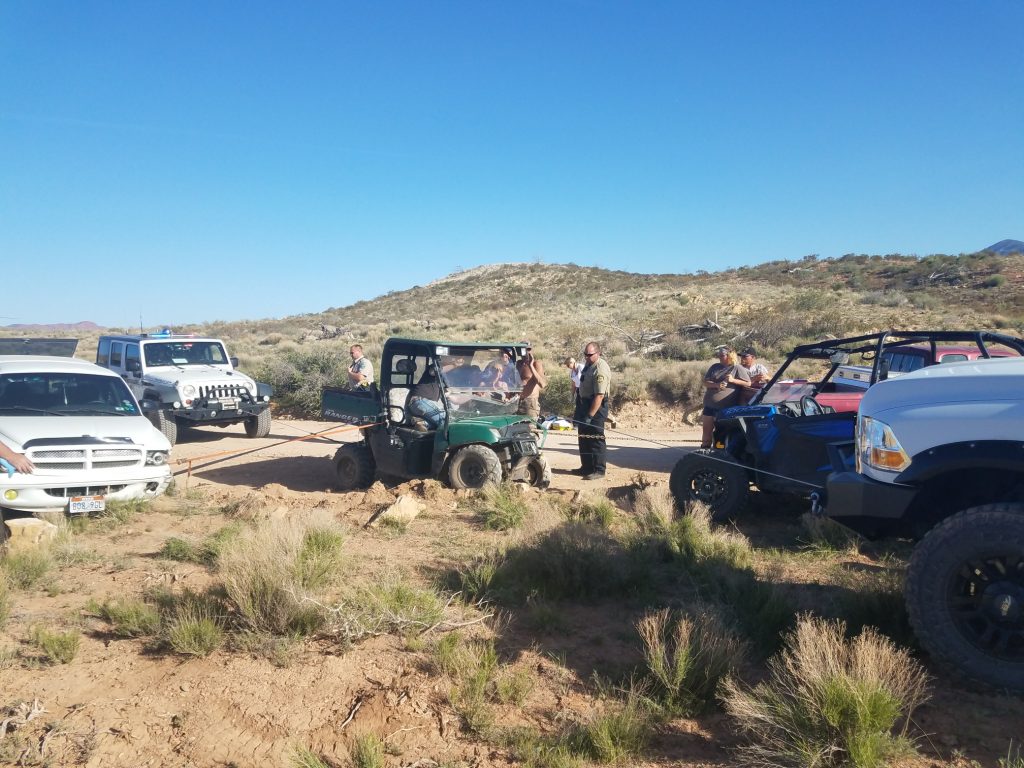 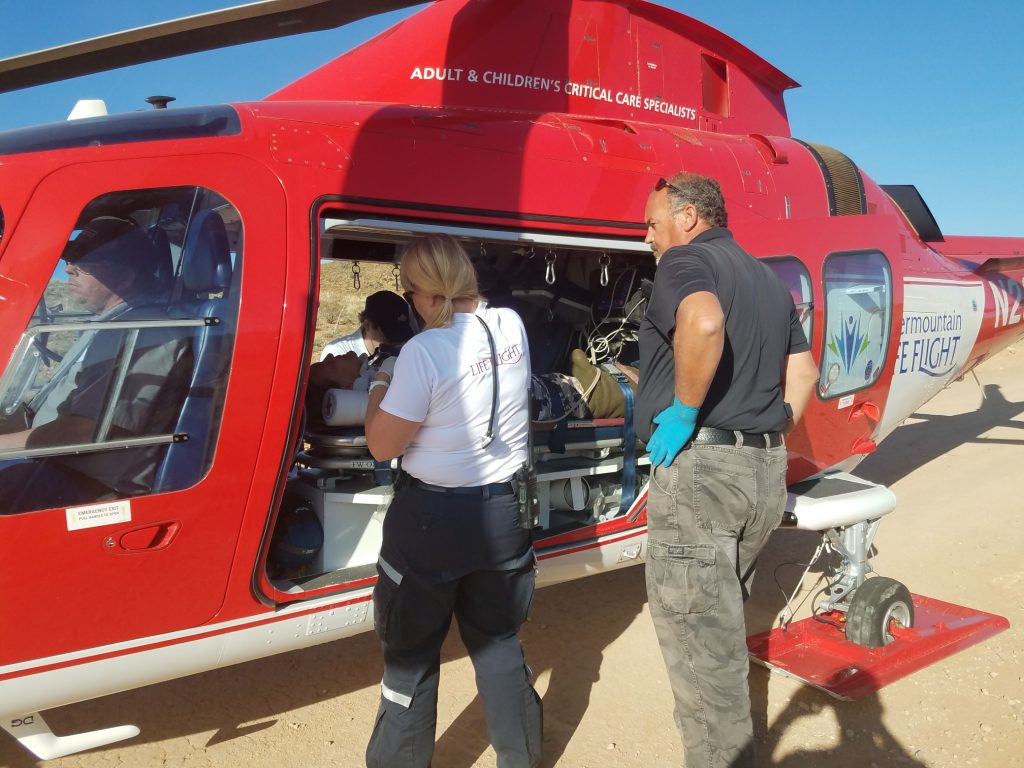 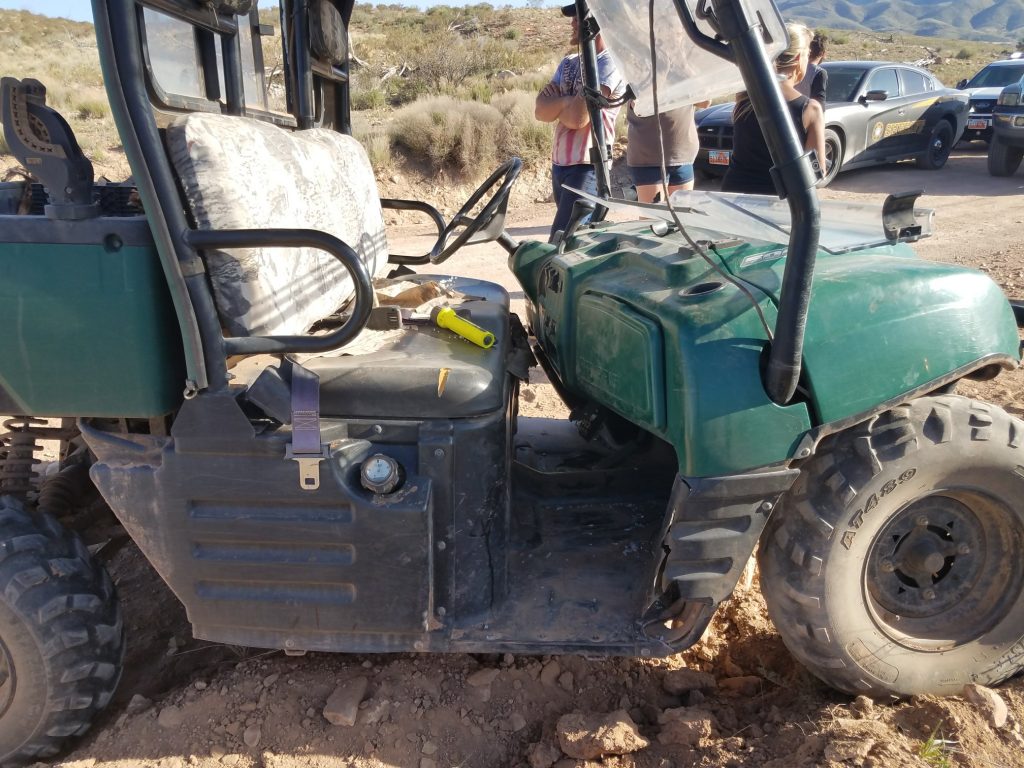 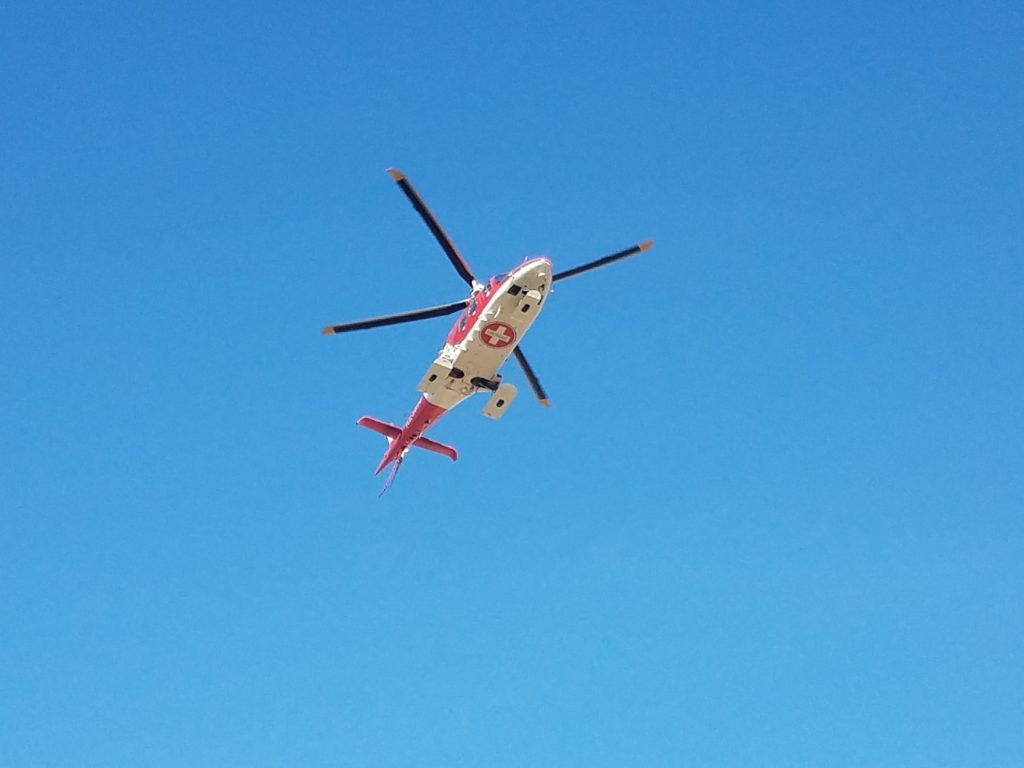 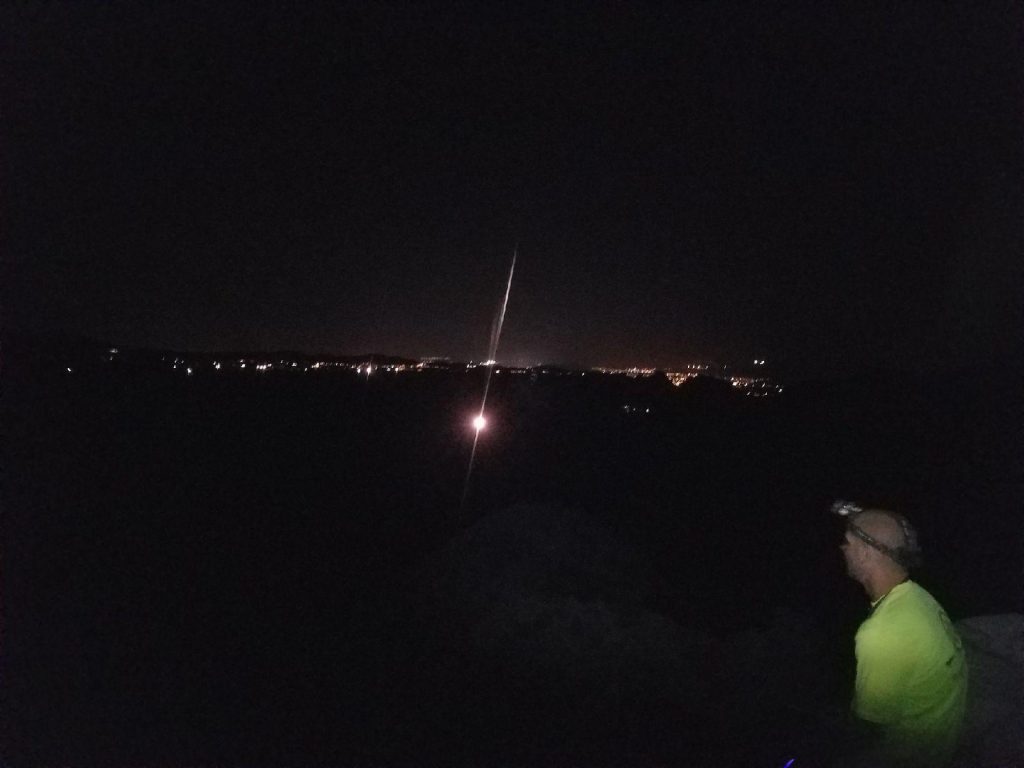 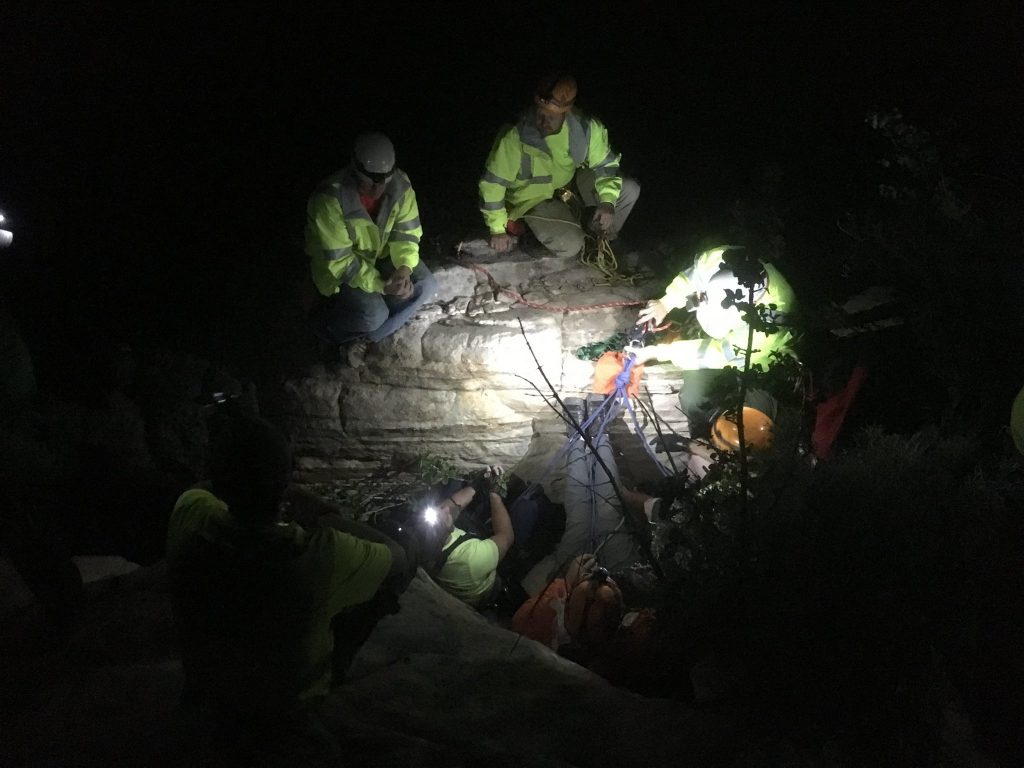 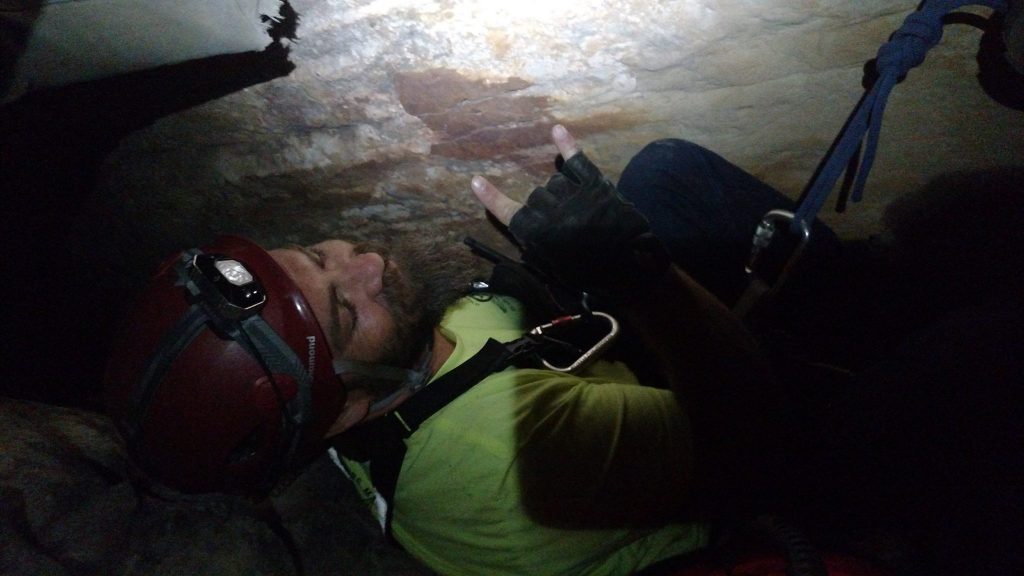 Search and Rescue: Who pays for it?