ST. GEORGE — A structure fire in an apartment allegedly started by juveniles brought a heavy arsenal when more than 20 firefighters and nine fire trucks descended on Diagonal Street Saturday afternoon.

Shortly before 2 p.m., firefighters were dispatched to a structure fire in an apartment complex on the block of 500 West on Diagonal Street after one of the tenants called 911, St. George Fire Captain Scott Peacock said.

Upon arrival emergency personnel found active flames that had spread up both stories of the two-story building, and firefighters began extinguishing the fire that was actively burning on the exterior of the building.

“When we got on scene the fire had extended up both stories, so we quickly put out what was on the exterior and then checked for extension inside,” Peacock said.

Meanwhile, a fire crew checking the interior portion of the building found active flames in one of the first-floor units that had spread through the bathroom ventilation fans. Firefighters pulled the ceiling down to gain access to the fire above and extinguished it.

Firefighters found light smoke but no active burning inside any of the other apartments or the interior of the building.

“So internally just the one unit was affected,” Peacock said, “and externally two units were burning.”

The fire was started when two juveniles were playing with a lighter outside of the apartment building, he said, when shrubs and trees caught on fire, which then spread up the exterior walls of the complex as it ignited the shrubs and trees nearby.

That popping noise is what alerted the residents that something was wrong and discovered the fire as they searched for the source of the noise, prompting them to call 911.

A witness at the scene, Miriam Miles, said the boys allegedly thought that playing with matches near the pool wouldn’t cause any danger, until the wind whipped up and blew the match into a wicker fence situated behind them.

The fence caught fire and spread rapidly, she said, and a neighbor saw the smoke thinking it was a barbecue initially but soon realized it was coming from the fence that caught fire. That neighbor also called 911 to report the fire.

Authorities said the juveniles were playing with a lighter as opposed to matches.

While two of the units were affected by fire and smoke damage, Peacock said, the damage to the electrical meters and equipment affected four units that will be without power for the night until repairs can be made.

No injuries to tenants or firefighters were reported.

St. George Fire Department responded with six engine trucks, two ladder trucks and the squad truck, along with Gold Cross Ambulance. St. George Police Department assisted in cordoning off the street and diverting traffic away from the area. 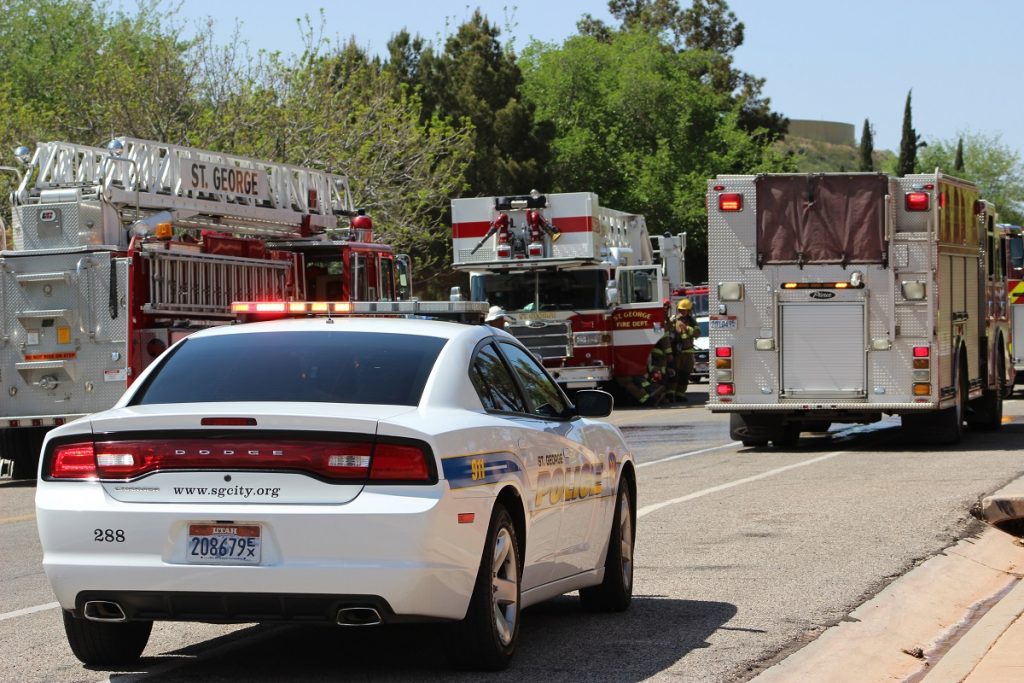 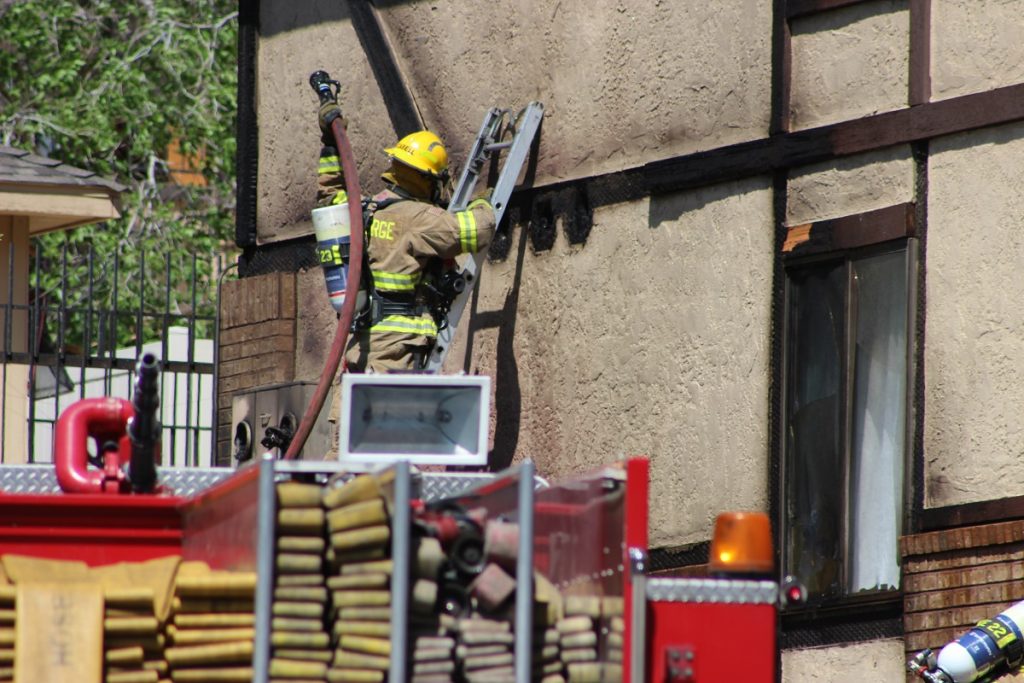 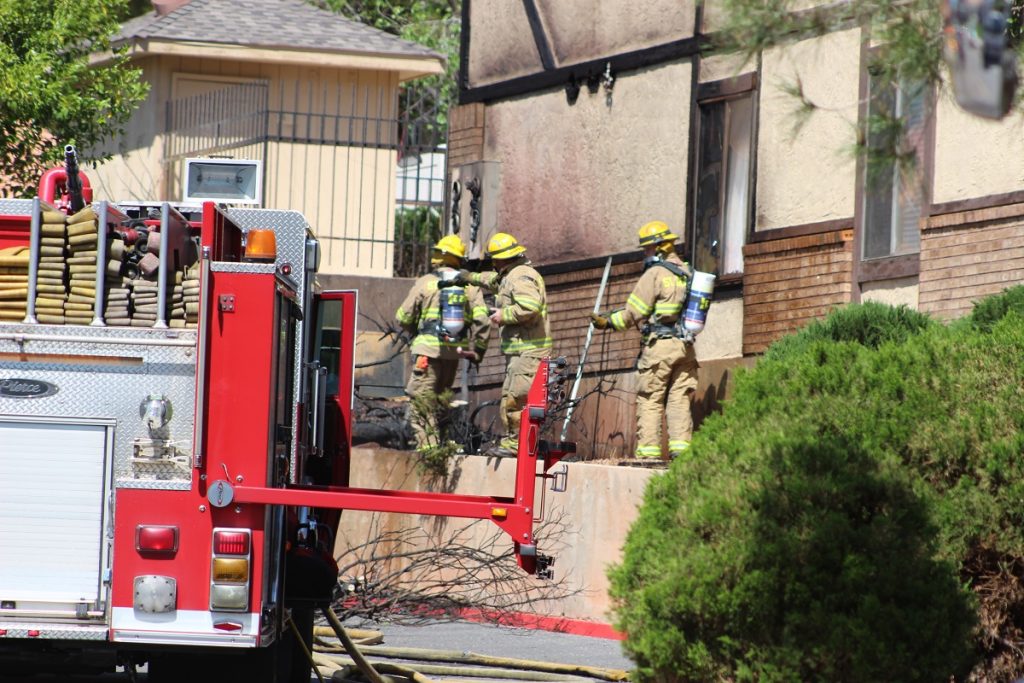 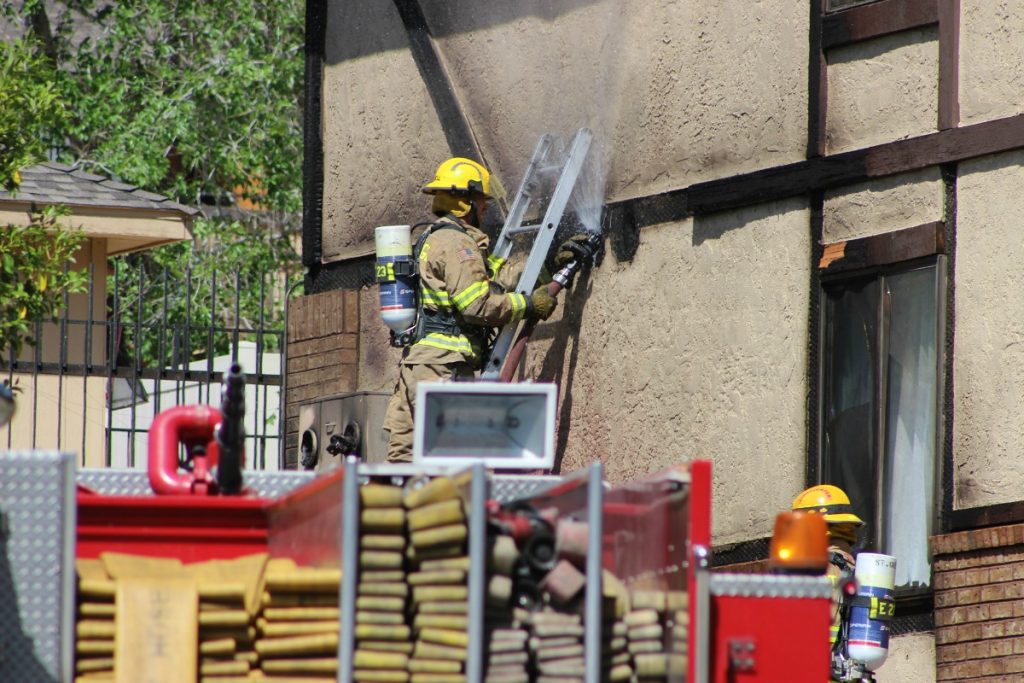 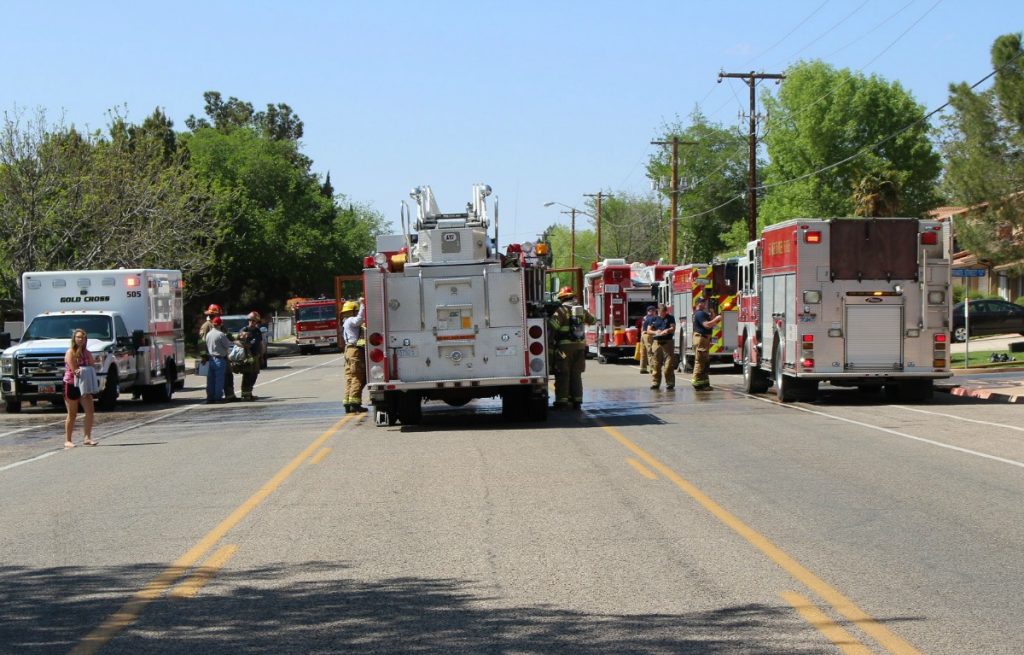