WASHINGTON — One of the things the American Red Cross does is assist people who are displaced by a home fire, but it also aims to prevent such devastating losses by helping people have functional smoke detectors in their homes.

A group of Red Cross volunteers went door-to-door Saturday in several Washington neighborhoods, asking residents if they could inspect the smoke detectors in their homes.

“This morning we chose this community, this part of Washington because there was a home fire in this area late last year,” volunteer Jared Bleak said. “We wanted to come while the fire was close and recent; people would remember it and hopefully help some people out.”

“This is about home fire safety education,” Bleak said. “We want to educate them first, secondly we want to test their smoke alarms, thirdly through the American Red Cross we can install brand new smoke alarms for free.”

The National Fire Protection Association recommends replacing smoke detectors every 10 years, even if they are still working when the test button is pushed.

American Red Cross volunteer Steve Ikuta, also manager for the Southwest Region Intermountain Healthcare Emergency Management Program and a volunteer with the Santa Clara Fire Department, was out with the group of volunteers Saturday morning.

“A part of the home safety campaign is that we also educate (the homeowner) on how to dispose of 9-volt batteries properly, so that they don’t start a fire when they’re thrown away,” Ikuta said. “We are also telling them how to register their phones for the reverse-911 system in case the city of Washington needs to get hold of them.”

Any Southern Utah resident who would like the American Red Cross to come out to their home and perform the smoke alarm check may call and make an appointment with Red Cross volunteer George Colson, Ikuta said. Colson can be reached by telephoning 435-879-9033. 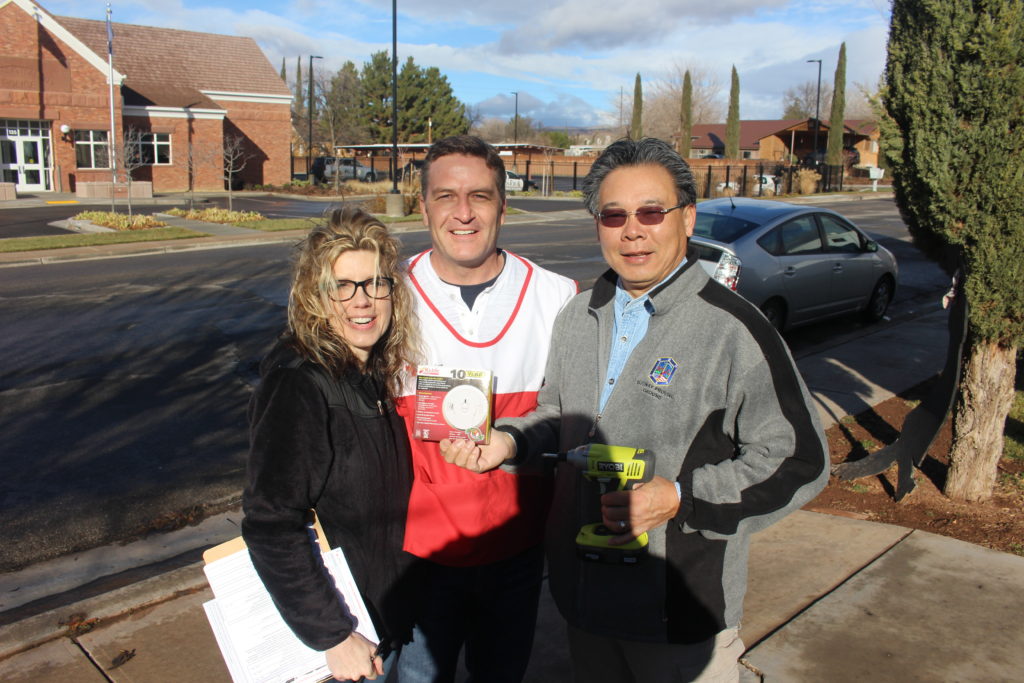 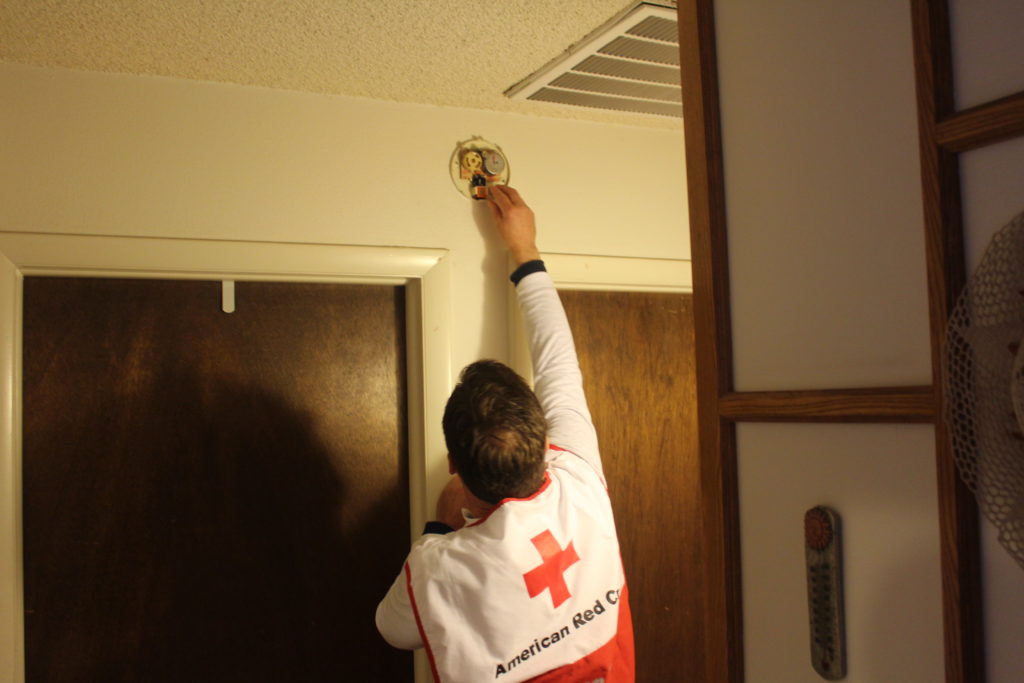 Red Cross Sheltering Family of Five in Washington after Fire