When firefighters responded to the 3:30 p.m. 911 call from homeowner Jason Curtis, they found Curtis and his family safe and outside of the home.

In his initial call for help, Curtis reported light smoke but no flames coming from the attic area of the house, St. George Fire Battalion Chief Ken Guard said.

Very quickly the first arriving engine crew determined that the fire originated from within an exterior column housing the doorbell in the entryway of the residence, the battalion chief said.

There was a telltale discoloration to the column and smoke coming from the column itself, Guard said.

Curtis said and he and his wife were just preparing to leave with their children when they smelled smoke coming from the upper portion of the house. In checking the attic Curtis said he could see it was filling with smoke.

“In between the time that I called 911 and when fire trucks began arriving, whatever was burning got a lot worse,” Curtis added.

Fire overhaul involves discovering and extinguishing hidden fires or hot spots that may cause rekindles, which can result in the total destruction of the remainder of a structure, according to information obtained from Fire Engineering.

With the attic still filled with dense smoke, a thermal imaging camera was used to confirm that the smoke was the result of the column fire below, and not from fire spreading to other areas of the home. The smoke rising from the entryway became trapped in the attic, and escaped slowly due to the limited number of vents on the roof which restricted ventilation in that area, the battalion chief said.

Large ventilation fans were placed at various locations around the home to clear the residence of smoke, while damaged insulation and material was removed from the column and entryway to ensure there were no smoldering embers that could later reignite.

Meanwhile, fire crews checked and cleared all other areas of the residence before the family was allowed back into the home.

“The cause of the fire is still under investigation,” Guard said, “but it was electrical in nature.”

There was no actual fire damage inside of the home, the battalion chief said, although there was smoke damage. The entryway and exterior column suffered damage first from the fire and then from the overhauling efforts to completely extinguish it. 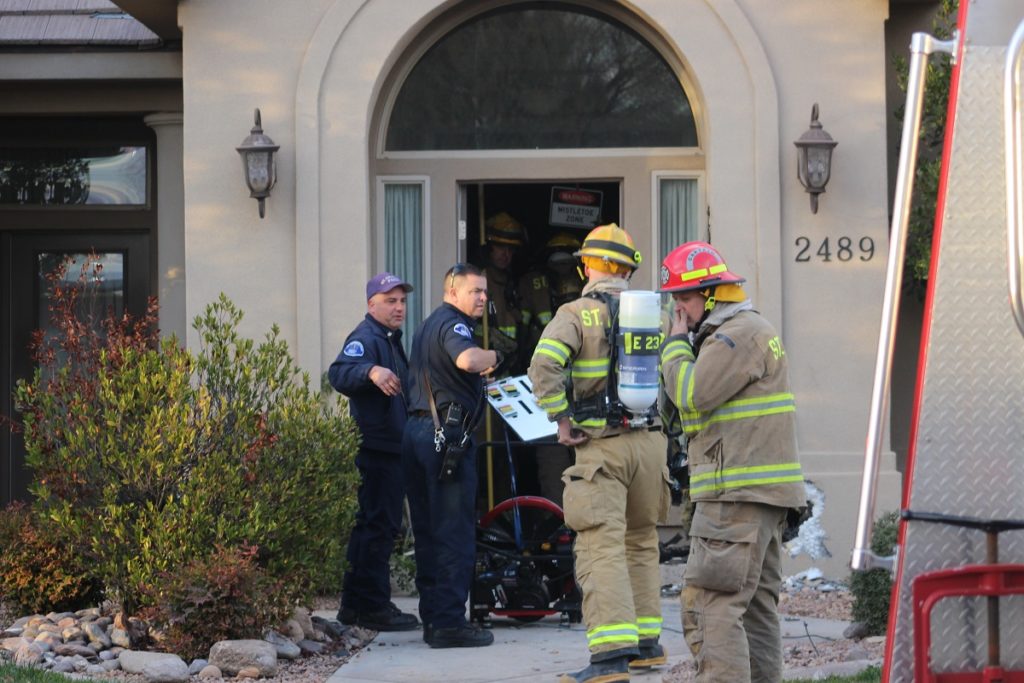 Firefighters and investigators determined that the fire broke out inside an external column in the entry of the residence on 2830 South Street Wednesday, St. George, Utah, Nov. 30, 2016 | Photo by Cody Blowers, St. George News. 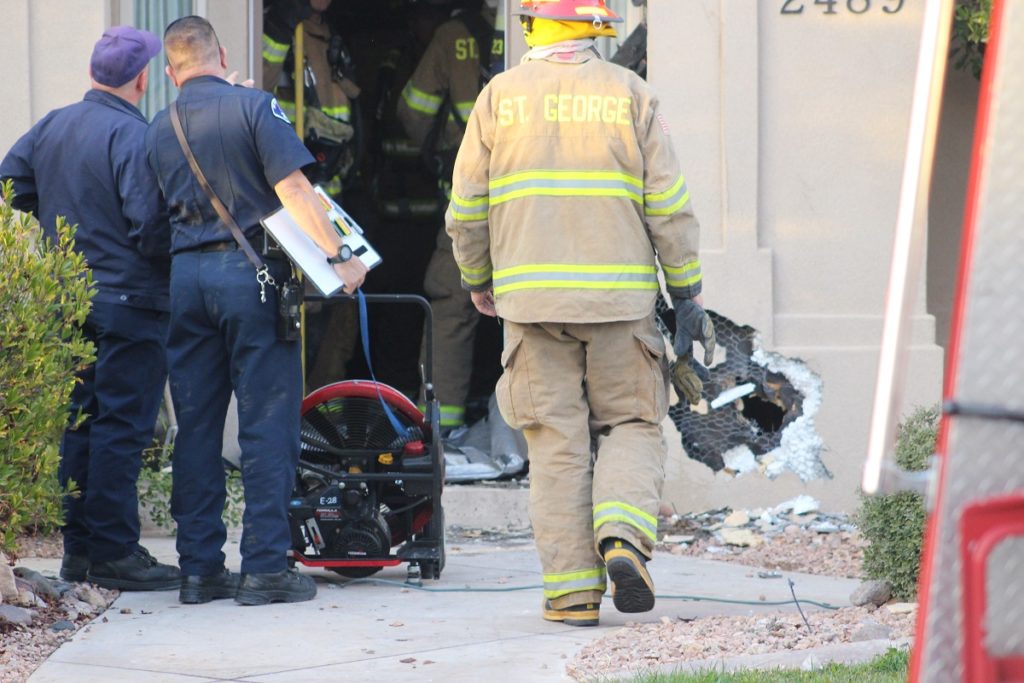 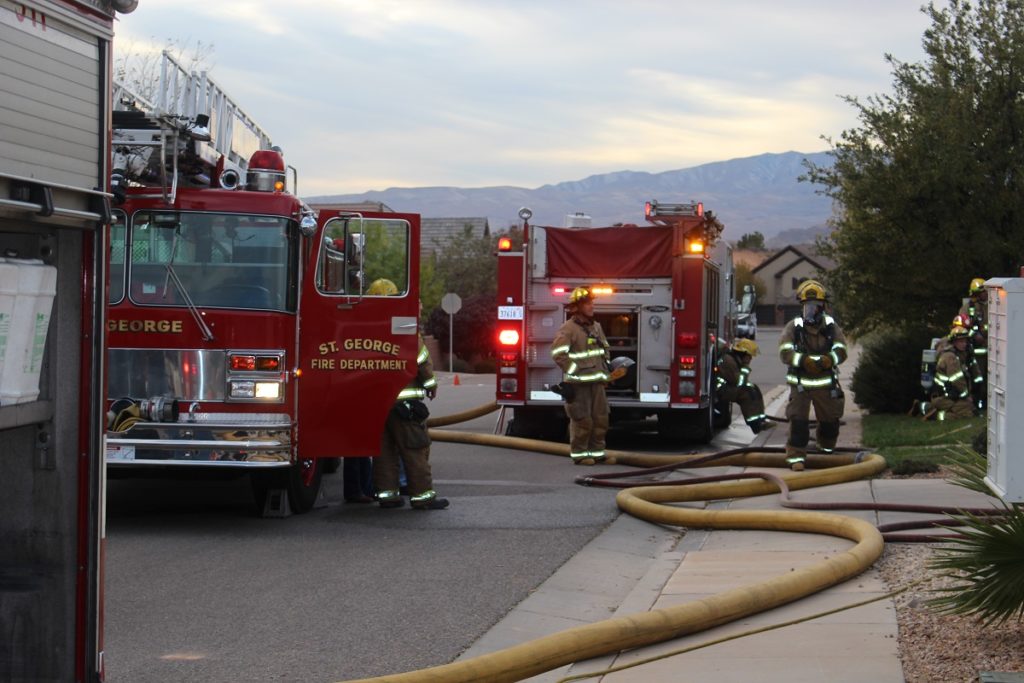 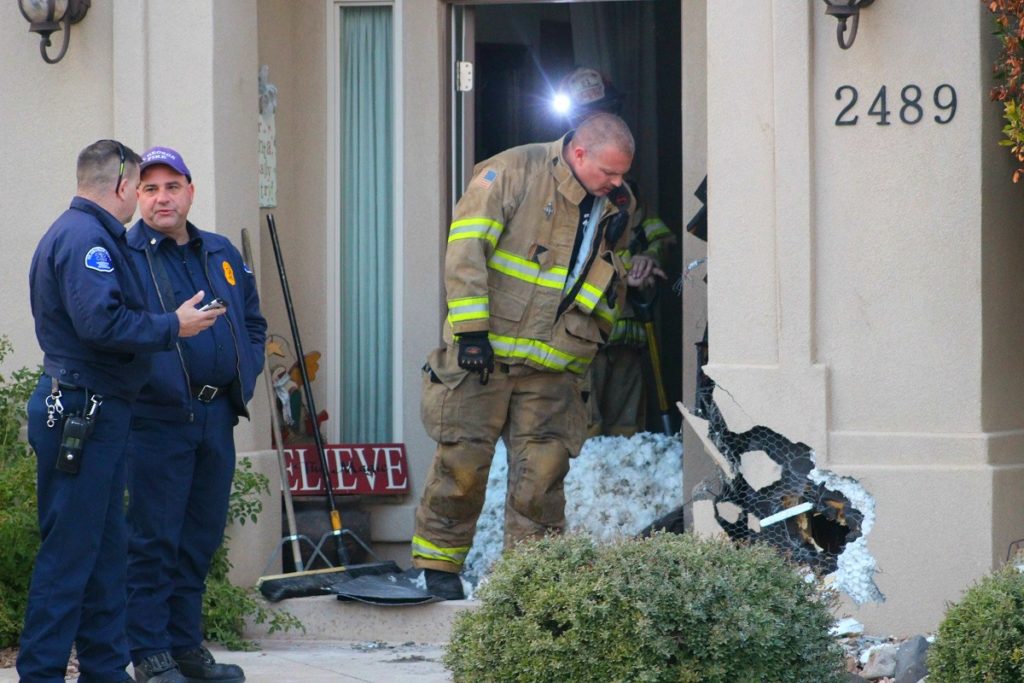 Firefighter checking the insulation where a fire broke out inside an external column in the entry of the residence on 2830 South Street Wednesday, St. George, Utah, Nov. 30, 2016 | Photo by Cody Blowers, St. George News. 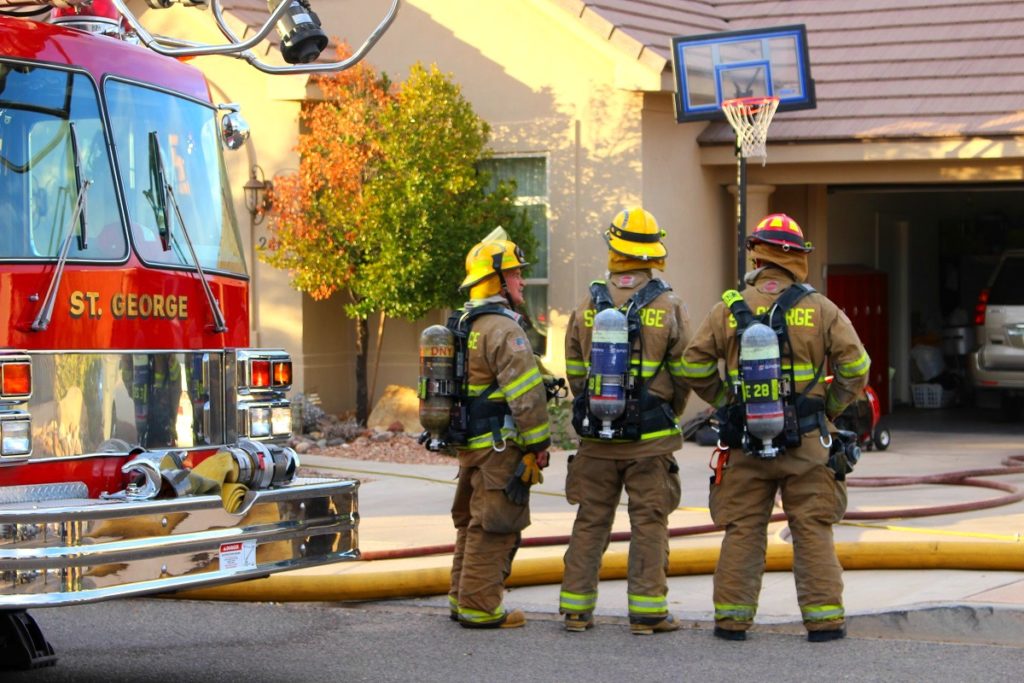 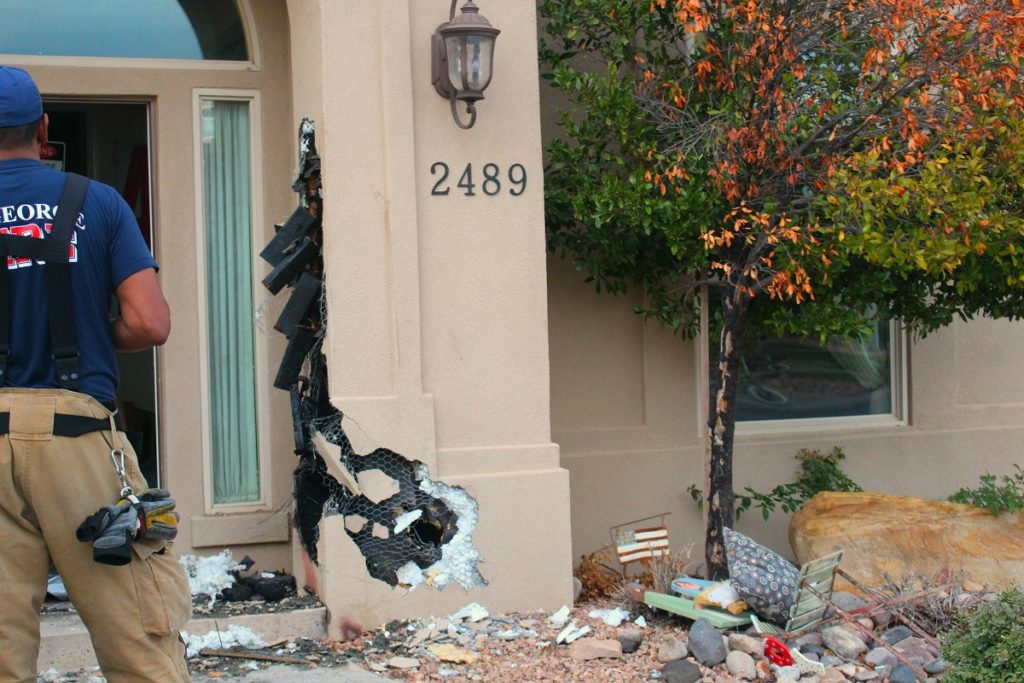 'Upcycling' promises to turn food waste into your next meal