Update: The suspect has been booked into Purgatory Correctional Facility with the following charges: a class B misdemeanor interfering with arrest, a class C misdemeanor disorderly conduct and a 2nd degree felony domestic violence-criminal mischief.

“At about 12:45 our communications center got a call about a woman that was erratic and acting violent at a hotel room at the Sun Time Inn on (St. George) Boulevard,” St. George Police Department Captain Mike Giles said. “Officers responded, there were two occupants in the room initially, but one of them left so the female was the sole occupant of the room when we arrived.”

“It was apparent from the noises inside that she was destroying the room,” Giles said. “Breaking things, hitting things. So officers held back, tried to negotiate through the door.”

Crisis intervention personnel were called out to assist in the negotiations. All attempts to negotiate failed.

The SWAT team was called out about 2:30 pm to remove the woman from the room. Team members began arriving along with SGPD SWAT vehicles.

SWAT team officers began to break out the remaining glass in the window of room 253 with push brooms and the woman surrendered peacefully to officers about 3:30 p.m.

Giles said Melissa Rowan, 46, address unknown, was taken into custody by officers and taken to be checked out by paramedics.

“She’s not from the St. George area,” the captain said. “I don’t know if she’s passing through or moving here.”

As this report is published, Rowan remains in police custody, according to booking information.

Giles said there was a lot of property damage. 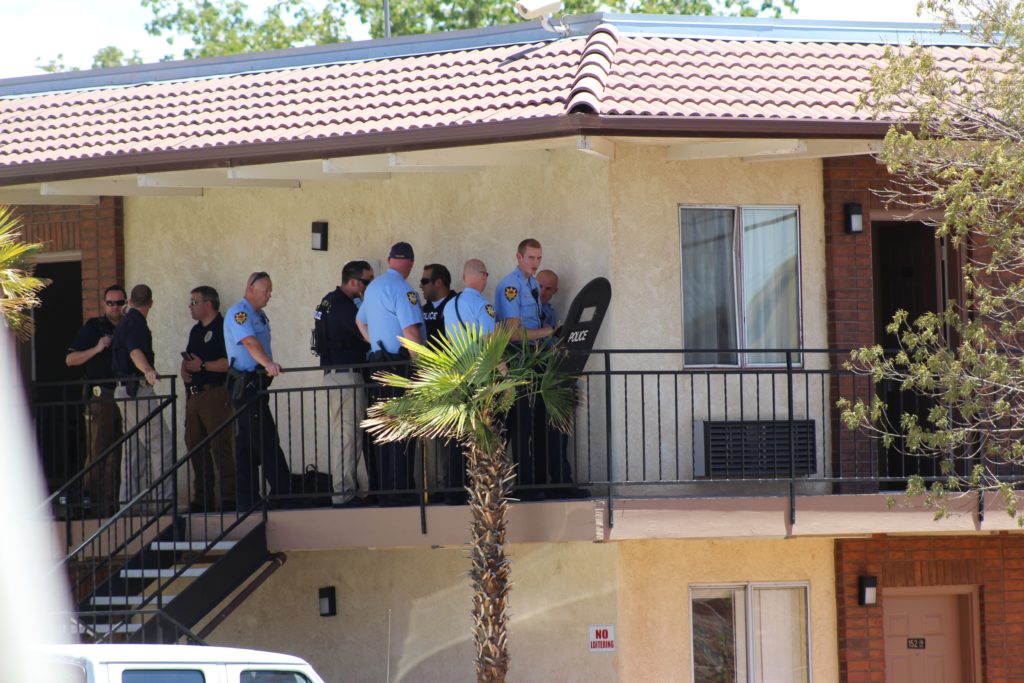 Officers responded to the Sun Time Inn on St. George Boulevard Sunday on a report of a woman who was destroying her room. She was ultimately arrested. St. George, Utah, July 17, 2016 | Photo by Ric Wayman, St. George News 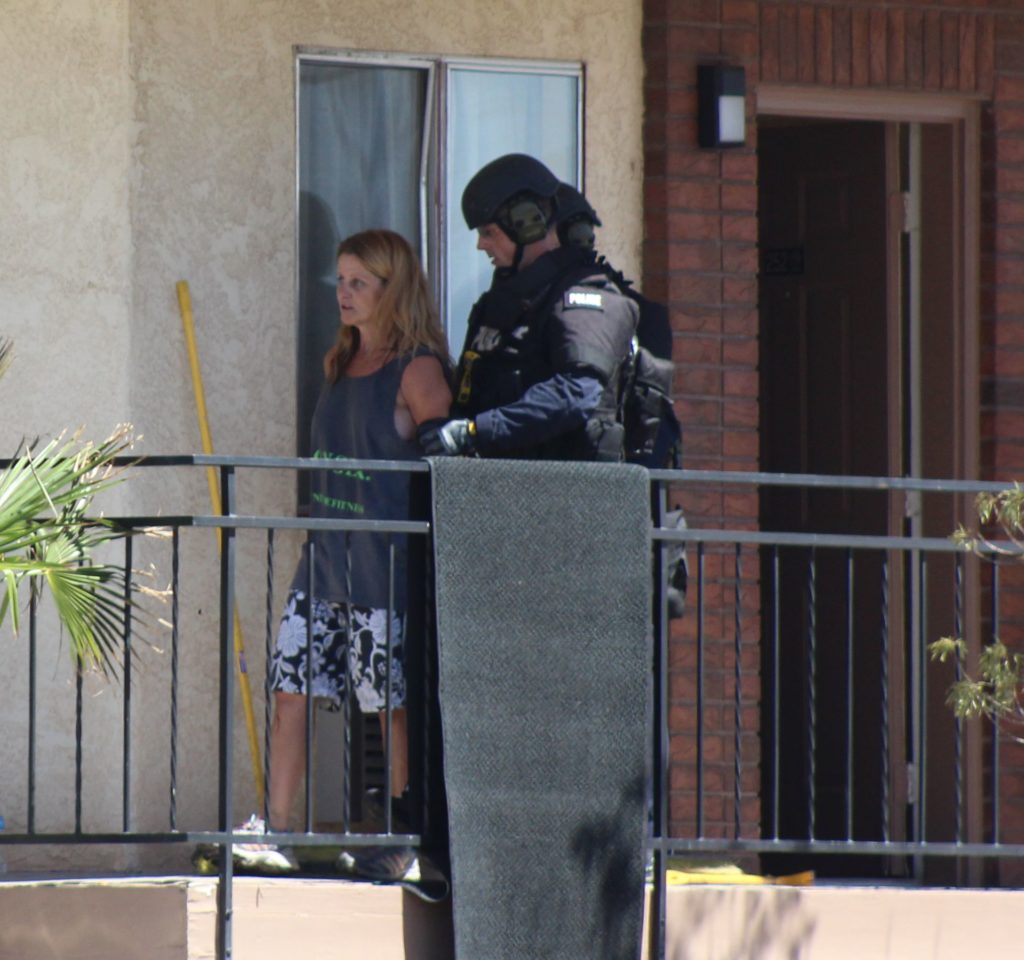 A SWAT team member escorts Melissa Rowan, 46, from her room at the Sun Time Inn where she had been destroying the property. St. George, Utah, July 17, 2016 | Photo by Ric Wayman, St. George News 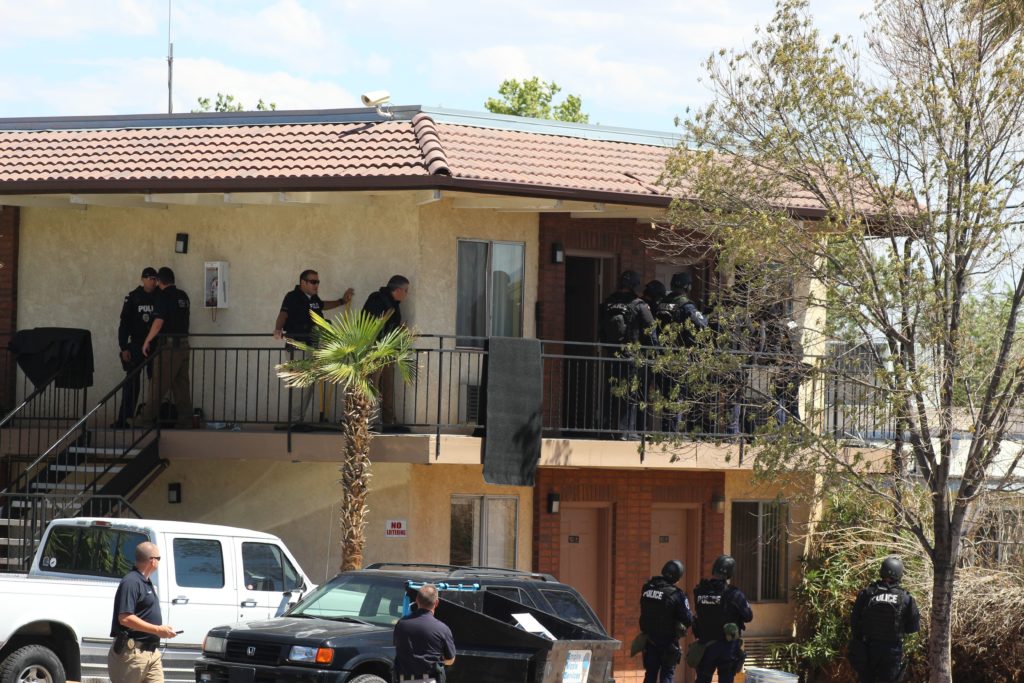 SWAT team officers move in to arrest Melissa Rowan, 46, after she destroyed her room and threw items out the window, breaking it. St. George, Utah, July 17, 2016 | Photo by Ric Wayman, St. George News 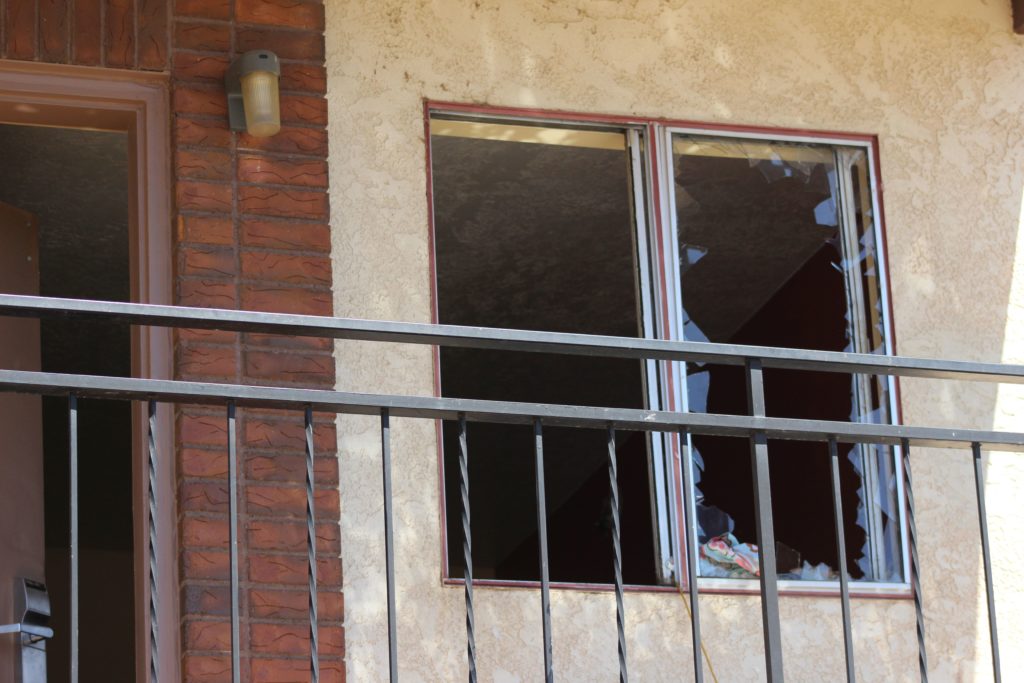 The window that had been broken out by the suspect at the Sun Time Inn on St. George Boulevard Sunday. St. George, Utah, July 17, 2016 | Photo by Ric Wayman, St. George News

Fast-moving fire destroys SUV within minutes on I-15 in St. George

After year hiatus due to COVID, St. George Marathon expected to host 7,000 runners

Sen. Vickers recovering from breakthrough COVID infection with complications that left him hospitalized