Davenport had been charged after a student accused him of pulling her hair in a classroom acting class in November of 2014. He was fired from his 15-year tenured position at Dixie State University even though a faculty review board and the faculty senate cleared him of wrongdoing.

Following a two-day trial that began Wednesday, the four-man jury deliberated for less than two hours Thursday, returning a “not guilty” verdict at about 8 p.m.

Surrounded by nearly two dozen happy supporters outside the courtroom after the verdict was announced, Davenport said he doesn’t know what’s next.

“What I want is just to go back to work. I loved my job, I gave a lot to it. I just want to go back to work,” he said. “Every day walking into a classroom is a privilege, to watch those young artists blossom and grow – it’s what gets me up in the morning.”

The verdict is an affirmation that Varlo Davenport is a good man, Aaron Prisbrey, Davenport’s attorney, said.

“And he’s been put through stuff that you wouldn’t want for your worst enemy,” Prisbrey said, “what Dixie State College has done to him and certain members of law enforcement have done to him.

“Even though there was quite a bit of evidence to present to the jury, you know, the jury system – there’s nothing quite like it, even in Washington County, Utah.”

Davenport said he is grateful for all the support he has had through his ordeal. Nearly 50 people staged a rally Wednesday morning on the sidewalk near the Washington County Justice Court where the trial was held.

“I had so much support,” Davenport said. “I had so many people, some I don’t even know, came out of the woodwork and just said, ‘keep fighting.'”

“It makes a difference, not being alone,” he said, “and here’s the thing: There are people out there who have gone through this … and I don’t want them to ever go through this.

“So a lot of it has been – my fight, was because there are  faculty members who still have to live under the threat of any moment being terminated without due process. That’s got to end.”

Davenport had a lot of support in the courtroom as well.

Utah Shakespeare Festival founder Fred Adams and two other university theater professors testified for the defense, explaining how acting students are taught and what kind of exercises are used to help generate emotion.

Davenport’s jury trial began Wednesday. Deliberations began about 6 p.m. Thursday and the verdict was announced a little after 8 p.m.

Dixie State University Director of Public Safety Director Don Reid testified at the trial. Prisbrey questioned whether Reid had started – or completed – his investigation of the incident in an unbiased manner or whether he had recommended criminal charges be filed before even meeting the alleged victim, Cassidy Sorensen.

St. George City Attorney Robert Cosson objected to the line of questioning and said the manner in which the case was investigated was not relevant to the facts of the case because Reid was not called to testify.

Prisbrey argued back that the whole investigation was in question if Reid was not unbiased.

“His thought process and whether he went into this thing unbiased affected everything he did in the collection of evidence, in interviewing the witnesses and whether he had motivations before he’d even conducted an interview is certainly relevant,” Prisbrey said.

“It doesn’t matter that he hasn’t testified,” he added. “It pertains to the evidence that was potentially ignored and the way that evidence was collected and it’s entirely relevant – and it’s traditional.”

Judge Karlin Myers removed the jury from the courtroom while the discussion continued.

“Your honor, (Reid) conducted an investigation and there are certain things that he overlooked, I think intentionally so, and he conducted interviews with witnesses in what I believe to be violation of police protocol in order to reach a result that would result in prosecution,” Prisbrey said.

“This is what we fought for, for a year, over a year, to obtain emails,” Prisbrey said. “This individual, in response to my request for those emails, filed an affidavit, I think falsely so, and it is of the utmost importance that we be able to look at the investigation and the manner (in which) the evidence was collected and any bias or motives the investigating officer may have had. Because that has an impact on suggestibility of witnesses and evidence that has not been presented.”

Reid did not put evidence into Spillman, a widely used law enforcement database, where a chain of evidence could be shown, Prisbrey said.

“All the parties, all the students that were in the classroom when this alleged incident occurred – everyone that can be found – will testify,” Myers said.

And because the witnesses would testify, concluded Myers as he shut down the line of questioning, it did not matter if Reid properly conducted the investigation.

Before the verdict was read, Cosson made this statement:

“From the City of St. George, as the prosecuting attorney, we just hope that the (alleged) victim in the case feels like justice is done and has been done throughout this process.

“We wish her the best of luck in her continuing education and travels and hopefully she will be able to move on from this experience in a positive way.”

Dixie State University issued a statement late Thursday, acknowledging Davenport’s “years of service” to the institution but standing by the decision to fire him. 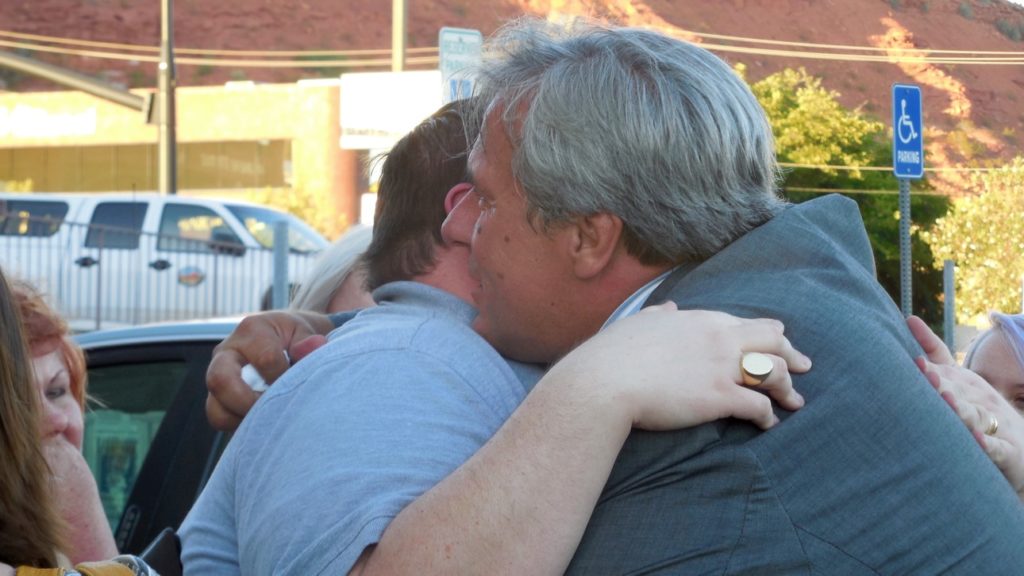 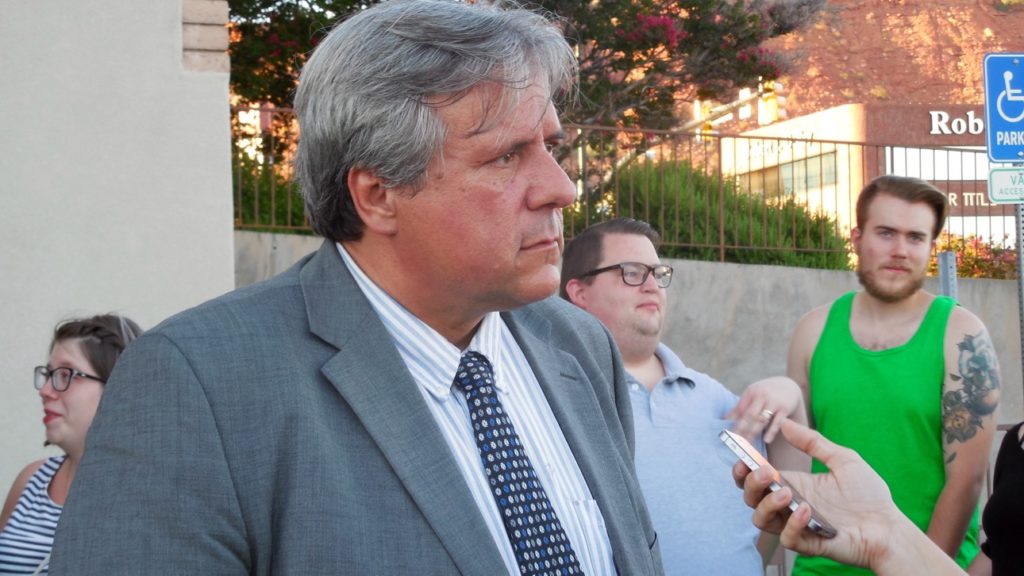 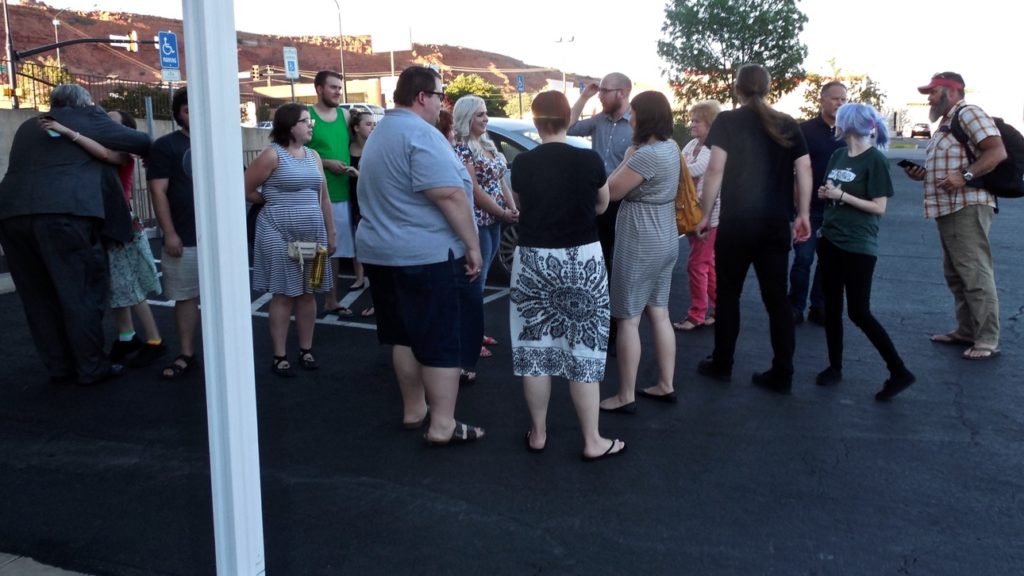 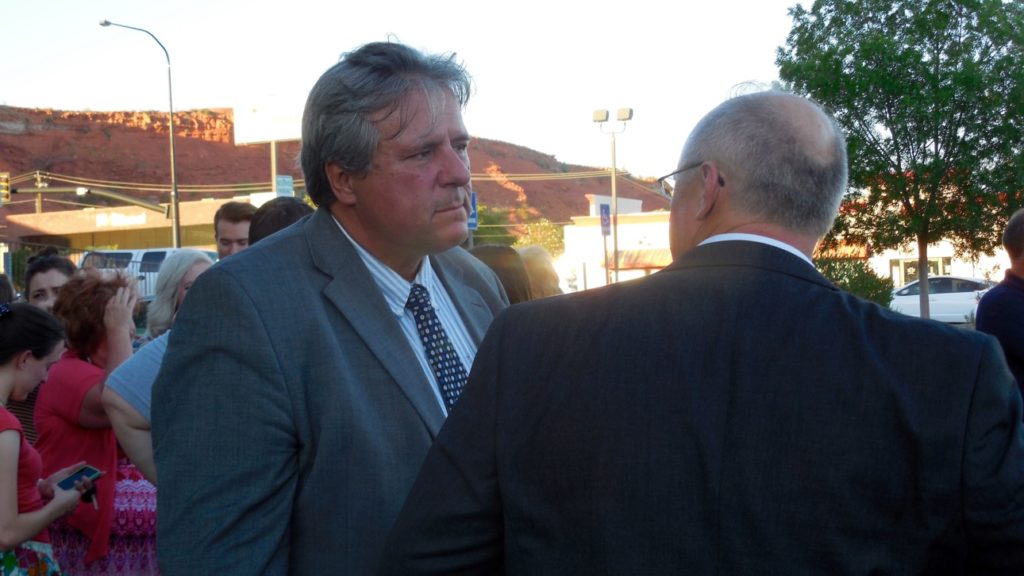 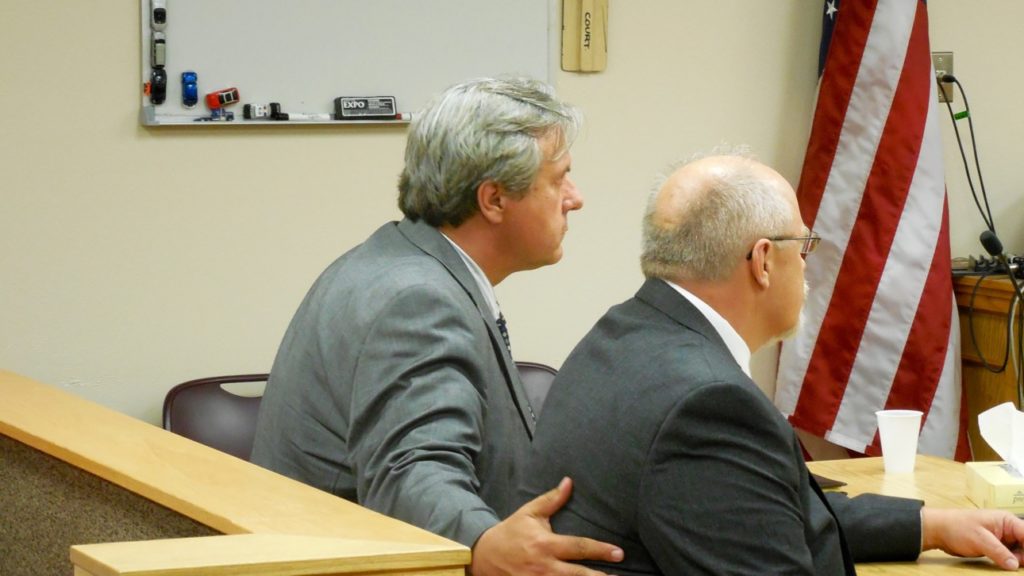