ST. GEORGE — More people die in motor vehicle crashes on Independence Day than any other day of the year, and with nearly 43 million Americans on the road, the highest travel volume on record — authorities are working overtime to keep people alive.

Memorial Day marked the beginning of The “100 Deadliest Days of Summer” when there are significantly more fatalities on the highways, according to a report released by the Insurance Institute for Highway Safety.

In St. George, the number of crashes logged so far this year during the “100 Deadliest Days” is exceeding those from last year and it’s not over yet, St. George Police Sgt. Craig Harding said.

Similar results were found in a report Harding released in June outlining crash statistics within the city limits, which also included statewide stats.

The findings showed that July 4 is even deadlier for youth drivers (between the ages of 15 to 24), who are more likely to be injured or killed during the holiday weekend than any other age group.

In Utah, fatal crashes account for 1 out of every 3 deaths for this age category, authorities said.

There are things drivers can do to keep themselves safe on the roads while traveling this summer.

Most fatalities that occur during the 100 deadliest days could have been prevented by drivers and passengers wearing seat belts and placing children in proper safety restraint.

With so many motorists on the roads over the 4th of July weekend authorities reiterated the dangers of speeding.

“People need to slow down,” Iron County Sheriff Mark Gower said. “It’s okay to celebrate the holiday with friends, but don’t get behind the wheel if you’re intoxicated, and stick to the basics.”

Utah Highway Patrol Lt. Steve Esplin cautioned drivers to maintain a two-second traveling distance behind other motorists, and courtesy goes a long way with so many cars on Utah roadways this holiday. More than anything else, Esplin addressed speeding.

“Just slow down,” he said, “it’s an issue of physics – the faster you drive the worse the crash.”

Failing to buckle up contributes to more traffic-related fatalities than any other behavior, killing 86 Utahns in 2015.

This factor accounted for roughly 1/3 of all traffic-related fatalities. Even so, alcohol-impaired driver crashes were four times more likely to be fatal than other crashes.

This includes speeding, tailgating, running a red light and failing to yield. Speeding is a factor in 40 percent of all fatal crashes in Utah.

Motorists who text while driving are 23 times more likely to crash.

About 40 percent of all adult drivers in Utah, or 642,000 people, admitted to nodding off while driving in a recent Utah Department of Public Safety poll. 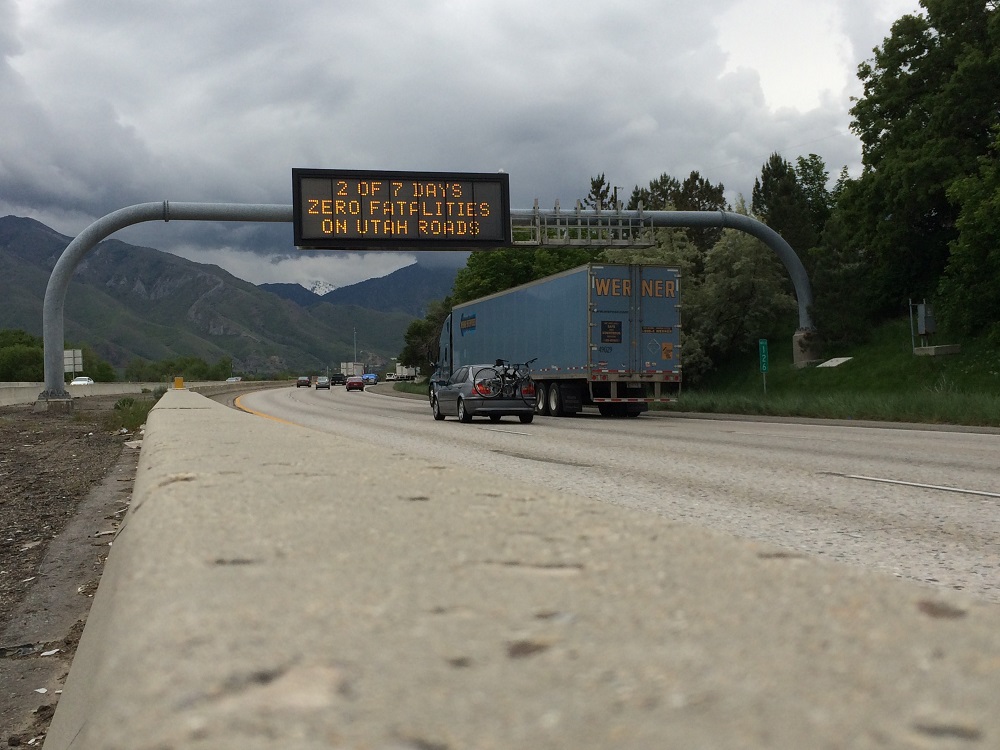 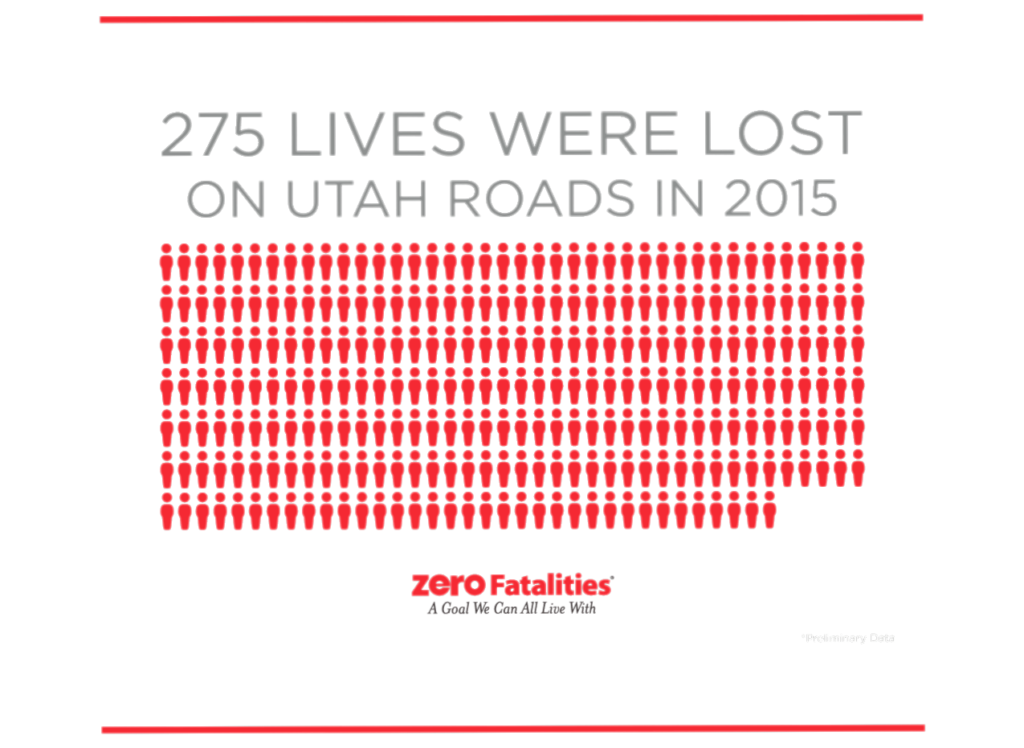 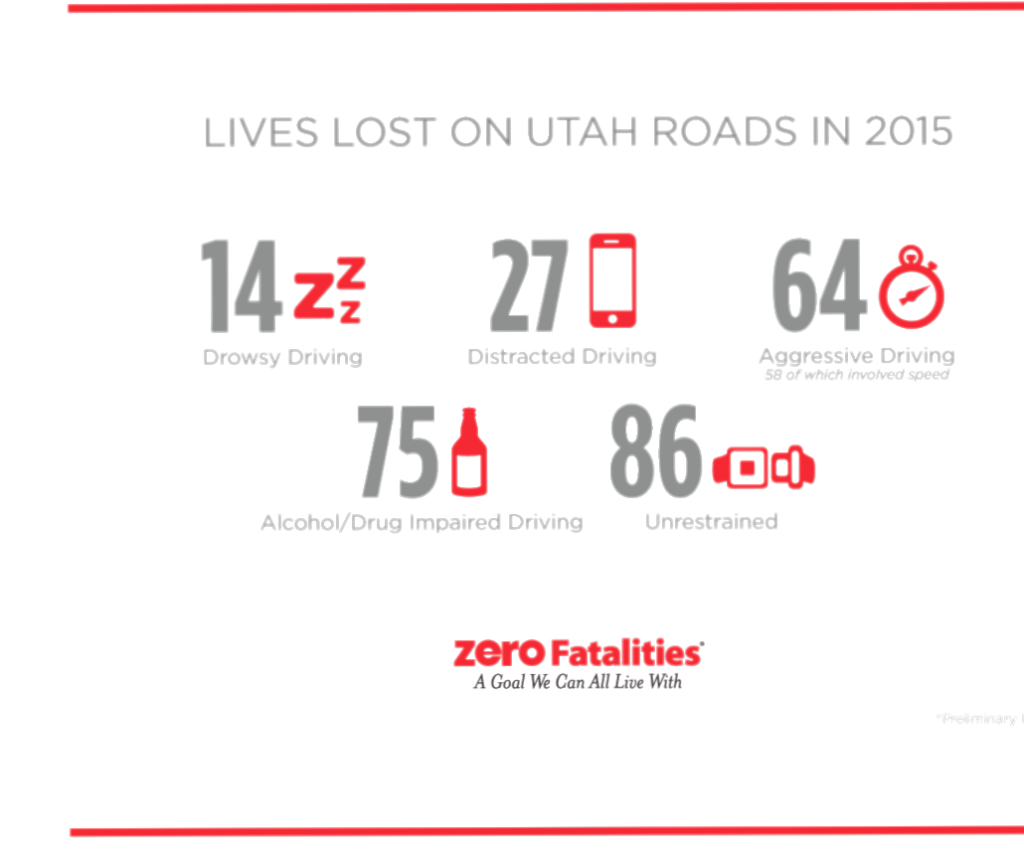 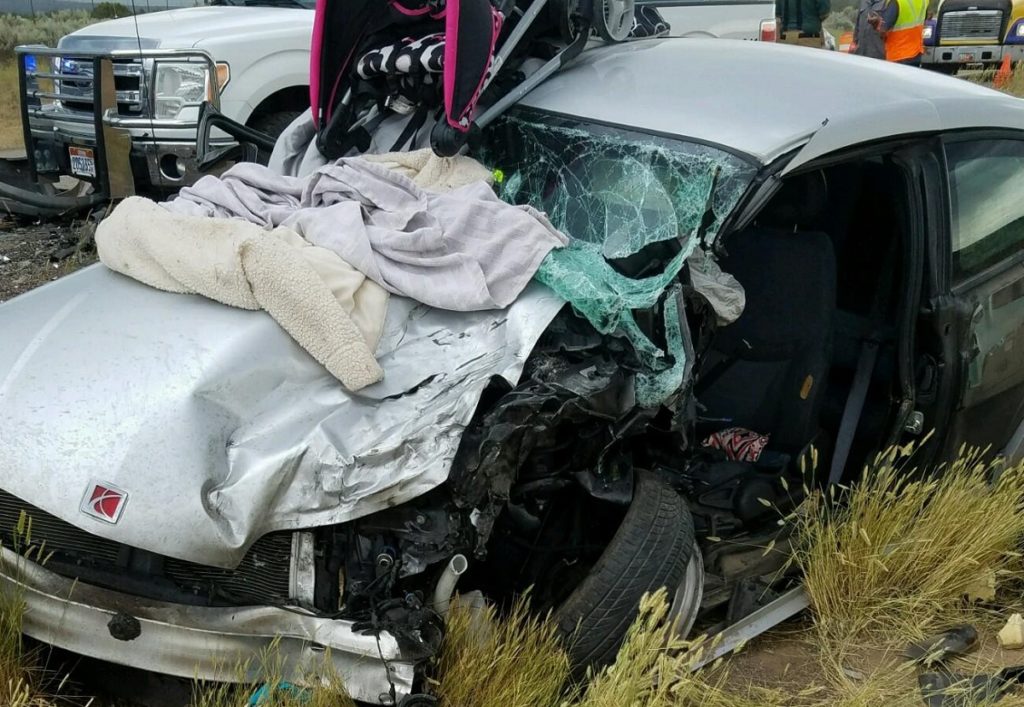 Police: 3 taken to hospital after speeding driver sideswipes vehicle on I-15 north of Toquerville