KEARNS — The Pine View pitching staff was the best in 3A all season long. Saturday night, the Panthers rode that pitching staff to a second straight state 3A championship at Gates Field with a 4-3 win over the Cedar Redmen.

“I had a script in my mind of how it would go, and that’s exactly what happened,” Wall said. “We wanted to have Cole give us five good innings, hopefully have the lead, and then have Dakota come and lock it down.”

With Green, Clark and Donovan all lobbying for the start via text messages Friday night, Wall said he had a sleepless night.

“I eventually had to tell them all to shut up and go to bed,” Wall said.

Donovan was available, but he had pitched six innings Thursday. Clark also was asking for the ball. Green argued his own case. The righty has only pitched on occasion this season, but stepped up on the big stage of the championship game and got the job done.

“Cole did exactly what we wanted,” Wall said. “Of course, we wouldn’t have had the lead without Donovan’s bat.”

Donovan, the hard-throwing right-hander who will play collegiately at Oregon State next season, is also a big-time slugger with his bat. His two-run single to right center in the bottom of the fifth put Pine View ahead.

“(Cedar pitcher Kyler) Carrizosa is an excellent pitcher and I knew I wouldn’t see too many fastballs,” Donovan said. “Coach told me that if I saw one, don’t miss it, because I may not see another one. I got my pitch and just drove it.”

Green had gotten the Panthers to that fifth inning by allowing just three runs and five hits. Still, Pine View was behind 3-2 before Donovan approached the plate with two outs and the bases loaded in the fifth. Clark, who was on first base at the time, said the moment was perfect.

“I saw that fastball and knew Dakota would drive it,” he said. “Then I just tried to haul butt as fast as I could to try and score.”

Clark actually crossed the plate about one second after Donovan was tagged out trying to stretch the hit into a double.

“I thought they were going home to try and get Connor, but they cut it off,” Donovan said.

Even without Clark’s run. Donovan entered the game with a 4-3 lead and all the confidence in the world.

“I knew these guys behind me, my brothers, had my back,” Donovan said. “There was no pressure. I felt really good. I think I had good pop on my fastball.”

Using mostly fastballs, with an occasional slider, Donovan retired six of the seven batters he faced in his two innings of work. He struck out four of them and gave up just a walk.

Donovan ended up with three RBIs in the game and got the save on the mound. Pine View second baseman Logan Lafemina, the walk-off hero of Friday’s semifinals, had a pair of hits and scored twice.

He also had a web gem in the top of the fifth. With a man on base, Cedar’s Ryan Slack ripped a hard liner to the right side. Lafemina leaped high in the air and snared the rocket, then gunned the ball over to first base to execute the double play.

“It was an exciting feeling to have it go into my glove,” Lafemina said. “I was ecstatic. I almost forgot to throw it to first base.”

Cedar, the No. 4 seed from Region 9, had the lead a couple of different times in the game. The Redmen scored one in the first inning off of Green when Carrizosa singled home Treyson Esplin, who had doubled to lead off the game.

Pine View grabbed its first lead in the bottom of the first as Lafemina singled, stole second and eventually scored on a wild pitch. Donovan also had an RBI in the first on an 0-2 groundout to short that was deep enough to score Jagun Leavitt from third base.

The score remained 2-1 until the top of the fourth inning. Cedar grabbed the lead back after a fielding error by Donovan at third base allowed Jaden Hulet to score and Esplin brought in a run on a fielder’s choice. That made the score 3-2, with the Redmen leaving two men in scoring position.

Pine View retook the lead on that liner by Donovan in the bottom of the fifth. That’s when Wall made the move to the Panther ace in relief of Green.

A couple of side stories certainly had an effect on the game. Cedar was without superstar Rykker Tom for part of the game and even when he was playing, he was ineffective. Tom pulled a hamstring in the Redmen’s elimination game win against Canyon View Saturday morning. He seemed to re-aggravate the problem while trying to run out a ground ball midway through the game.

Tom lay on the Gates Field grass after tumbling to the ground near first base on the play. He was eventually helped off the field, but did return later. He was the designated hitter in the game, rather than his usual shortstop. In obvious pain, Tom went 0 for 3 from the plate and was pinch hit for in the seventh inning. It was a sad postscript to a marvelous postseason for the senior, who had four home runs and 11 RBIs Friday in two-plus games.

Jaden Hulet played well at shortstop in Tom’s stead, but was hitless at the plate. He was also injured briefly early in the game when he collided with a teammate on a ground ball, but stayed in the game after a brief pause.

The pitching matchup for the two starters was fairly even. Green went five innings and allowed five hits with three runs, only one of which was earned. Carrizosa also went five, allowing four earned runs and five hits. Both starters walked three batters.

The Panthers notched their 20th win with the title-game victory (20-6) and captured their second straight state 3A title. Last season, Pine View went 18-8 and defeated Cedar 13-10 in the championship game at Hurst Field in St. George. This year, PV closed the season with an eight-game winning streak and ended up sweeping Cedar 4-0 in the season series between the two teams.

Cedar had been very hot going into the finale, having won five in a row and nine of its last 10 games. The Redmen had averaged 10 runs a game in the previous four contests, including a 7-5 win over Region 12 champion Canyon View Saturday morning. 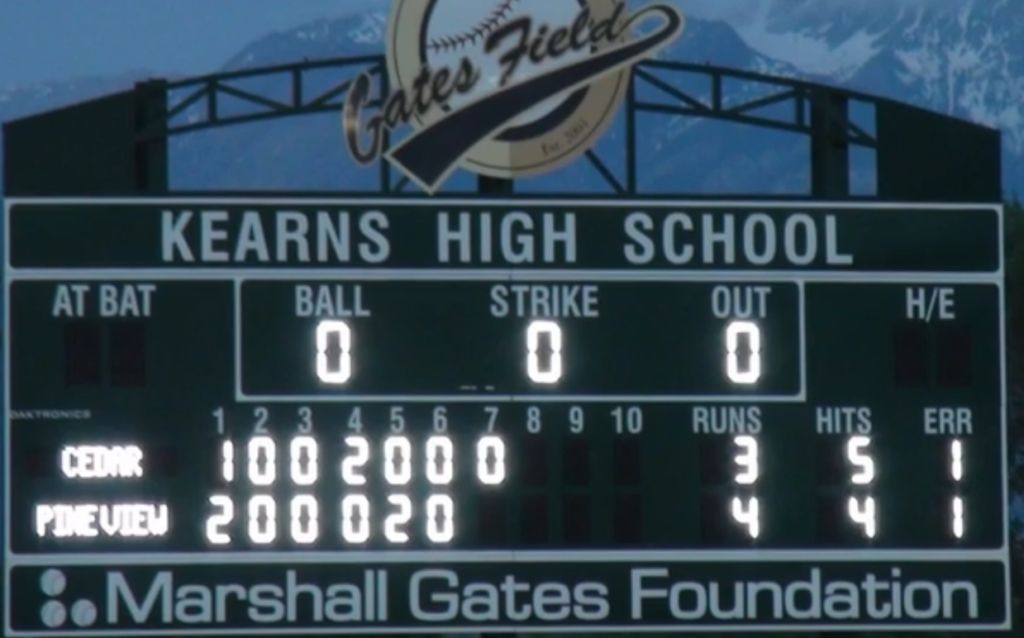 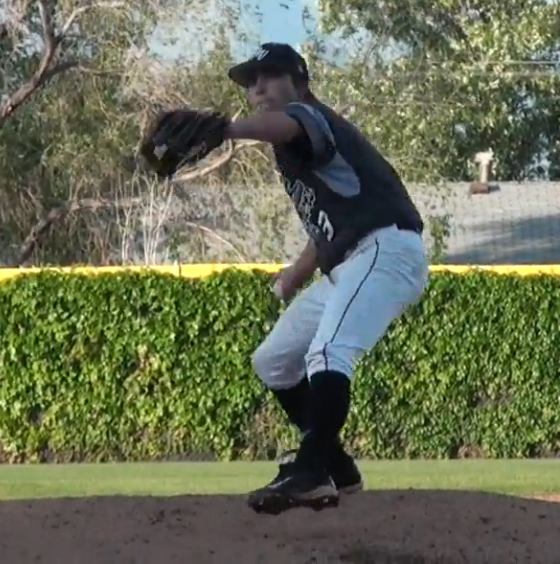 Senior Cole Green got the start and pitched well for the Panthers, Pine View vs. Cedar, 3A finals, Kearns, Utah, May 21, 2016 | Photo by Dallas Griffin, St. George News

Dakota Donovan delivers what would end up as the game-winning hit, Pine View vs. Cedar, 3A finals, Kearns, Utah, May 21, 2016 | Photo by Dallas Griffin, St. George News