MOHAVE COUNTY, ARIZ. — A bad situation ultimately had the best possible result Saturday as three lost hikers, one from St. George, walked out of the canyon under their own power after being lost on the Arizona Strip for almost 16 hours.

Dave Booth and Steve Cook, both of Grand Junction, Colorado, and Naomi Turner of St. George were reported missing to the Mohave County Sheriff’s Office Friday night about 9 p.m. Search crews were sent out to look for the trio, who were apparently headed to Cougar Springs.

A cell phone call was received from one of the hikers, and the location pinpointed within 11 meters, but by the time the searchers reached that area, the hikers had moved.

Family and friends of the hikers gathered at the Virgin River Canyon campground Saturday morning, where the hiker’s vehicles were found.

“They are tired, discouraged and embarrassed,” family friend Rex Hoyt said. “Last time I talked to her (Turner) was 11:30 last night. They were set in but they’d run out of water.”

“Me and my brother were out there three or four hours last night,” Hoyt added. “Trying to figure out where they were.”

Arizona Department of Public Safety sent a search helicopter from Kingman, while 15-20 searchers walked the area, looking for the three hikers. Thought was given to bringing dirt bikes in Saturday morning, but the idea was called off by search team supervisors.

Just before 1 p.m. MST (Arizona), or 2 p.m. MDT (Utah), the hikers walked out of the canyon on their own. Debbie Simmons, a family friend, was the first to spot Turner after Turner reached in her truck for a bottle of water.

“Naomi? Naomi?” Simmons screamed as she went running to her friend. The other two hikers appeared within minutes. Family and friends surrounded the trio quickly offering food, water and fruit.

“If it wasn’t for the fire I don’t know what would have happened,” Booth said. “It was cold. We found two springs for water.”

The DPS search helicopter piloted by Trooper Edgar Bissinette landed about 1:30 p.m. at the campground, followed quickly by DPS trooper Thomas Callister. The three hikers were checked out and released with no injuries other than blistered feet, bramble scratches and a cactus quill in Booth’s foot. 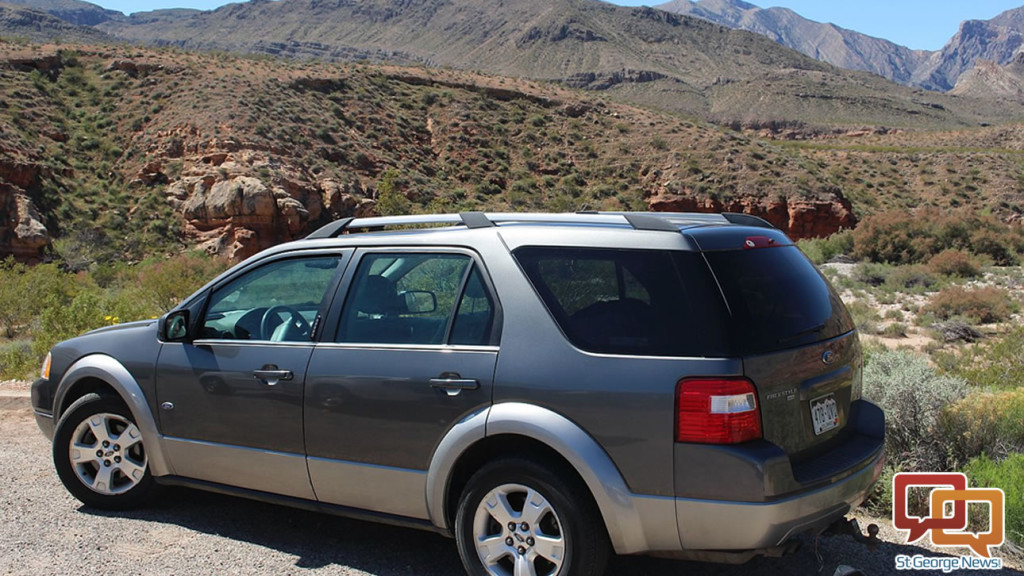 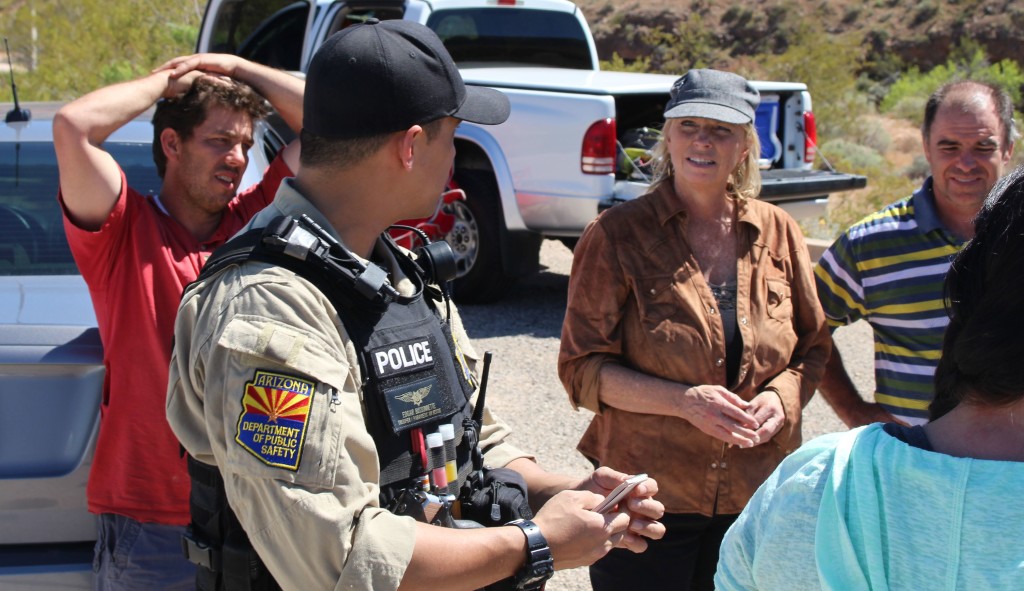 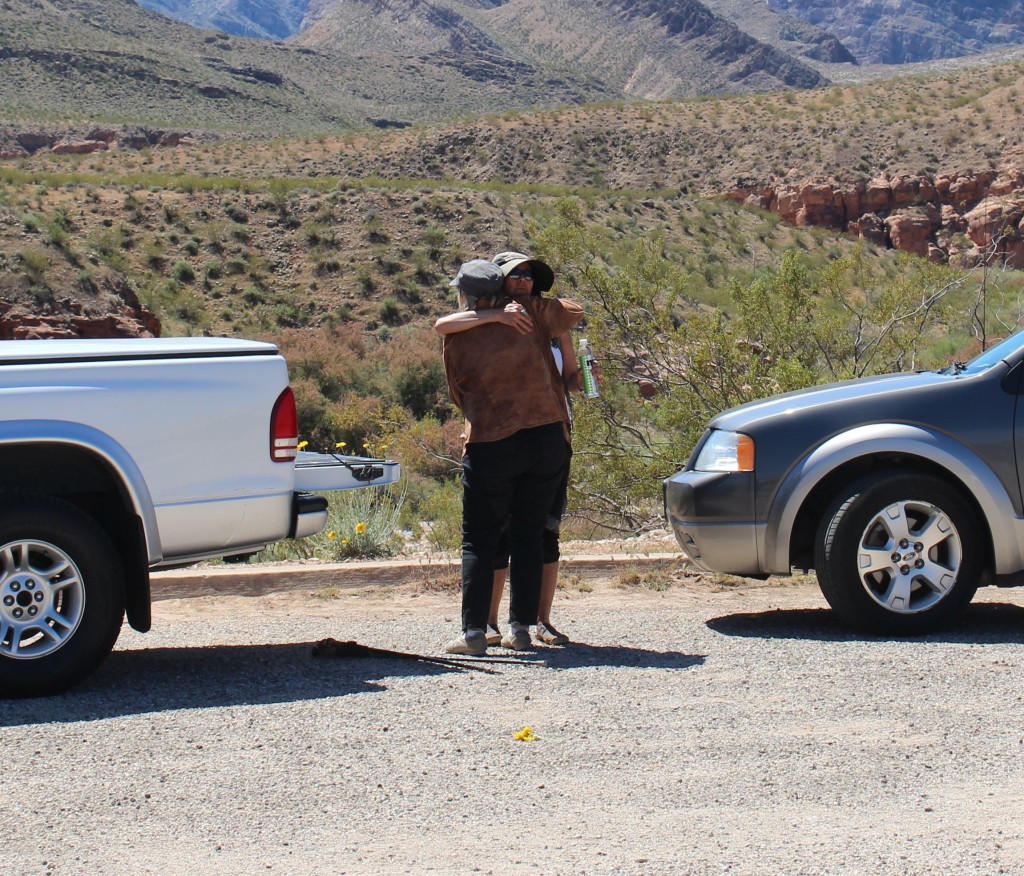 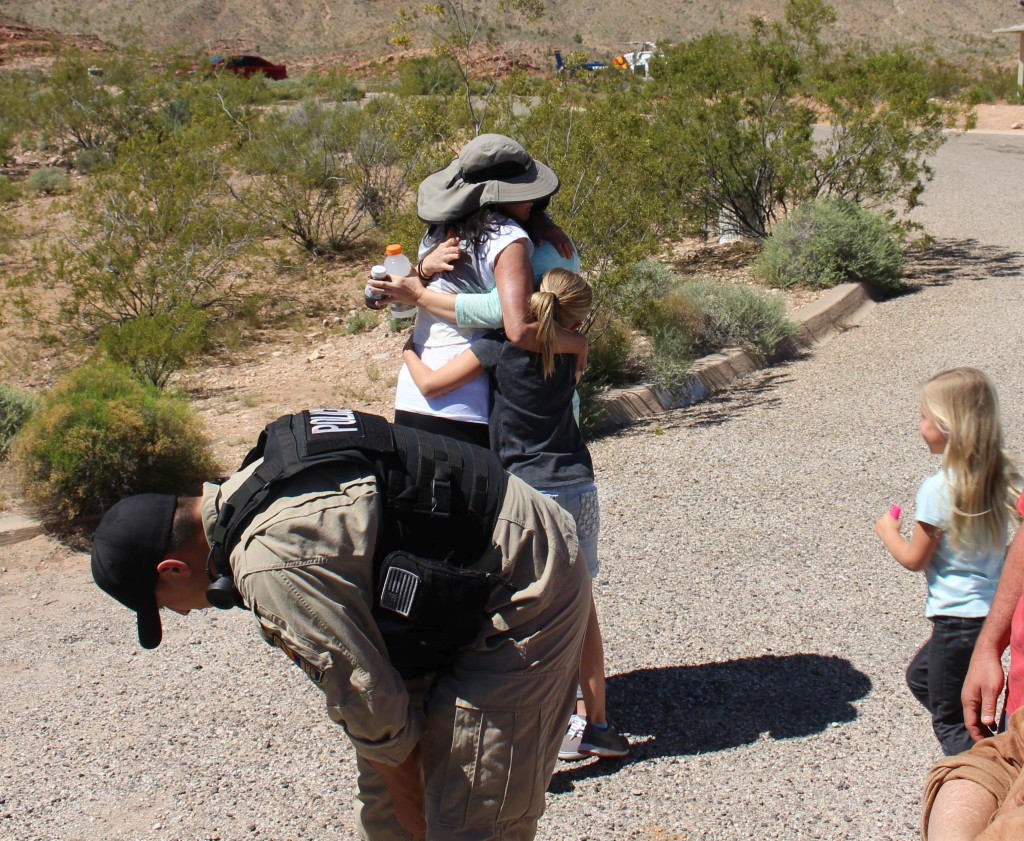 Naomi Turner is enveloped in a bear hug from her daughter, granddaughter and her other granddaughter is running toward her as well, after being missing for 16 hours on the Arizona Strip. Mohave County, Arizona, April 2, 2016 | Photo by Ric Wayman, St. George News 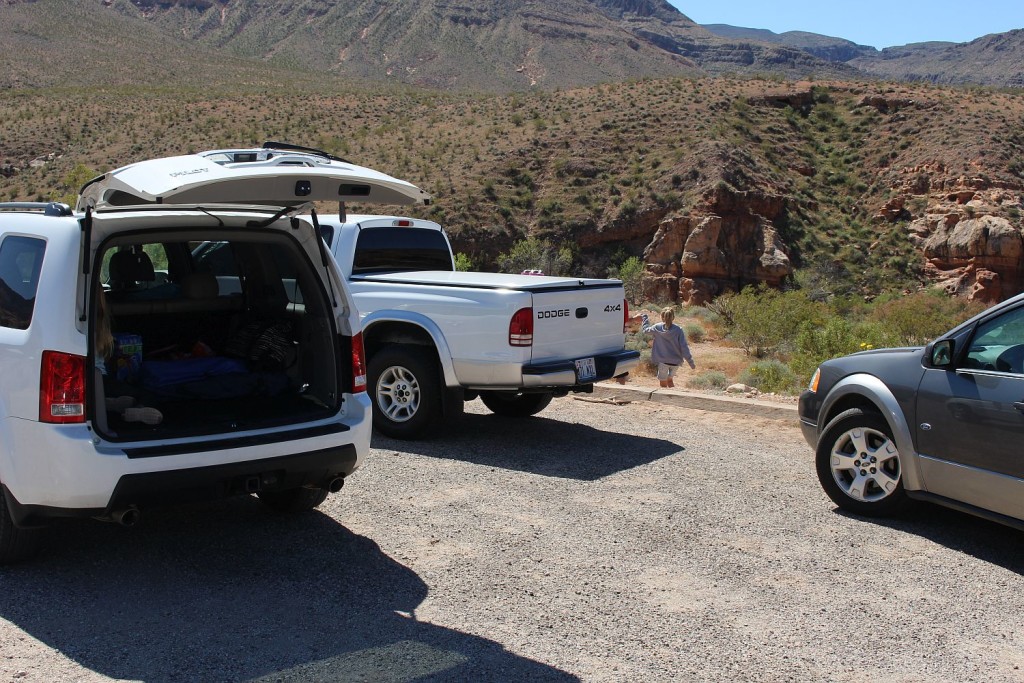 Thousands of endangered woundfin released into the Virgin River