ST. GEORGE — Utah residents now have three options when they choose the license plates that grace their vehicles. Gov. Gary Herbert signed into law HB127 Monday making the “In God We Trust” license plate a no charge option for residents.

This marks the first time in Utah that residents have three choices at no extra charge other than standard registration fees. Before the bill was signed into law an “In God We Trust” plate would cost the resident an additional $15 plus $4 shipping. Now the plate will be available at no additional charge at Department of Motor Vehicle offices statewide joining the “Life Elevated” and “Arches” plates as standard issue license plates.

There was opposition from one lawmaker regarding the plate.

“I think it’s important that we remind ourselves that when we ask taxpayers to pay the cost in preference for one system of beliefs over another, we’re on thin ice,” House Minority Leader Brian King, D-Salt Lake City, said, while simultaneously reiterating his belief in God and support for the plate and its sentiment.

Utah started requiring residents to register their vehicles and display license plates in 1915. Most residents will remember the plain white with black letters plates of the late 1970s and early 1980s, giving way to the red, white and blue “Greatest Snow On Earth” plates in  the 1980s. But very few people will remember that before 1968, Utah issued a new license plate to each vehicle every year, and some were rather colorful.

The 1964 plate was a bright green color with white letters while the next year it changed to white letters on a blue background. Note that these plates do not have the space required to place month and year stickers, so the plates were replaced every year.

This all changed in 1968, with the introduction of a new style of license plate. Going back to the white letter on black background motif, the 1968 plate had a small rectangle in the lower left corner so residents could simply add a year sticker instead of the state issuing a new plate every year.

The color scheme reversed in 1974 to black letters on a white background, but adding a small character between the letters and numbers that was supposed to represent a beehive. This plate only lasted two years, as it was replaced by the same color scheme but missing the beehive character.  These are the plates that can still be in use as everyday plates, should the owner desire, and are still seen on occasion on the streets of Utah.

The color scheme took a major jump in 1985 with the introduction of the “Ski Utah, Greatest Snow On Earth” plates. This license plate was awarded the best new license plate of 1986 by the Automobile License Plate Collectors Association, the only time Utah has been honored with this award.

In Utah’s centennial year, 1992, a new plate was issued, the “Delicate Arch” plate. This was joined in 2008 by the “Life Elevated” plate, and the state dropped the “Ski Utah” plate at that point. Representations of those plates can be seen in the gallery below. 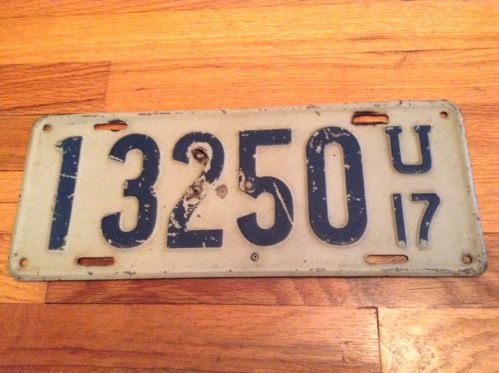 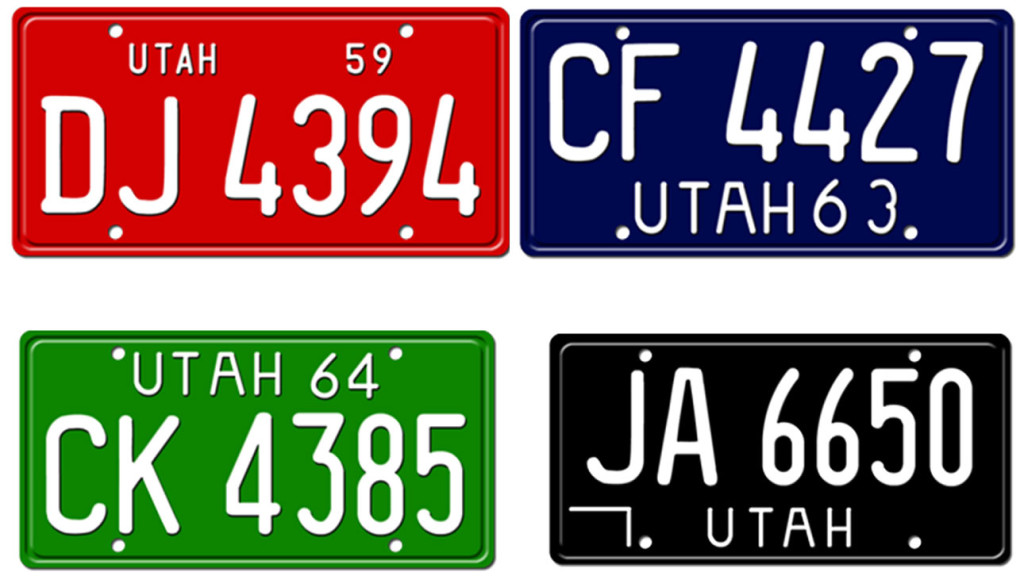 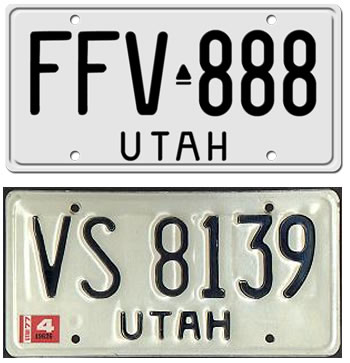 Perspectives: Things we should be asking our legislators