Emergency responders were dispatched at approximately 1:40 p.m. to the Cougar Cliffs area 6 .miles north of St. George off state Route 18.

“I don’t know why he fell. They did not have a bottom belay on the line so he was belaying himself,” St. George Fire Department Battalion Chief Darren Imlay said.

A belay is a technique used when rappelling where another climber pulls the rope tight from below, keeping the person above from falling.

The climber was stabilized at the base of the cliff and then carried to the Life Flight helicopter waiting on scene. The extent of his injuries are unknown.

The injured climber fell from the same cliff that Brittany Fisher had fallen from four years earlier. Fisher had been out at the cliff face earlier for a ceremonial rappel.

Washington County Sheriff’s Deputy Darrell Cashin said there was a sense of disbelief when the call came in for search and rescue of the injured man.

Cashin said when he entered the GPS coordinates he initially thought that he had forgotten to clear the GPS and re-entered the numbers. Only then did it dawn on him there had been a fall where they had been hours before.

“I can’t believe this,” Cashin said. “It was just an odd thing to have happen three hours after we’d already been there.”

The Life Flight helicopter and pilot who participated in the morning event returned for the injured man.

Emergency personnel attempt to stabilize the injured climbed at the base of the Cougar Cliffs, Mar. 12, 2016 | Photo by Don Gilman, St. George News 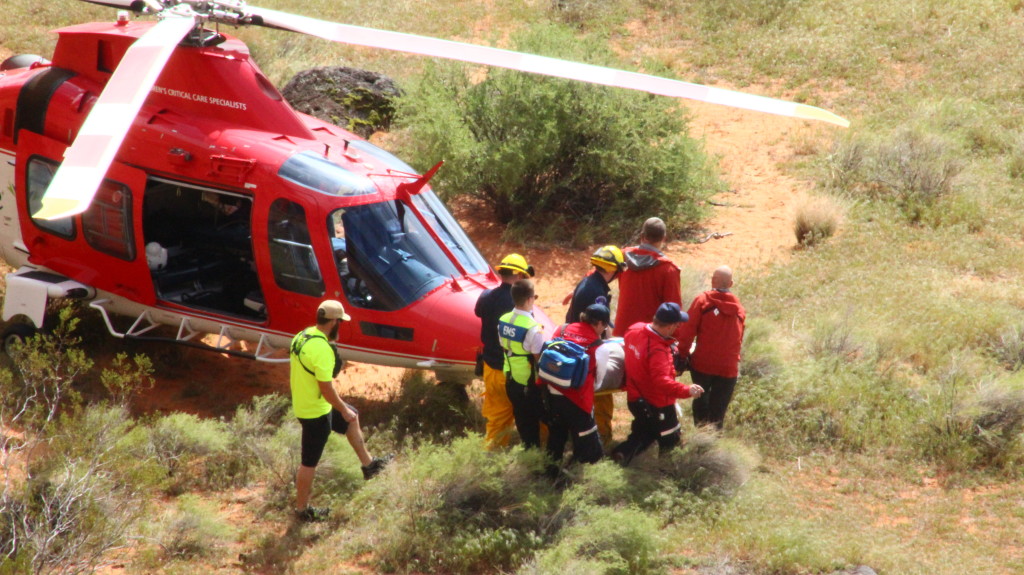 Rescuers carry an inured climber towards the waiting Life Flight helicopter at the base of the Cougar Cliffs in St. George, Utah, Mar. 12, 2016 | Photo by Don Gilman, St. George News 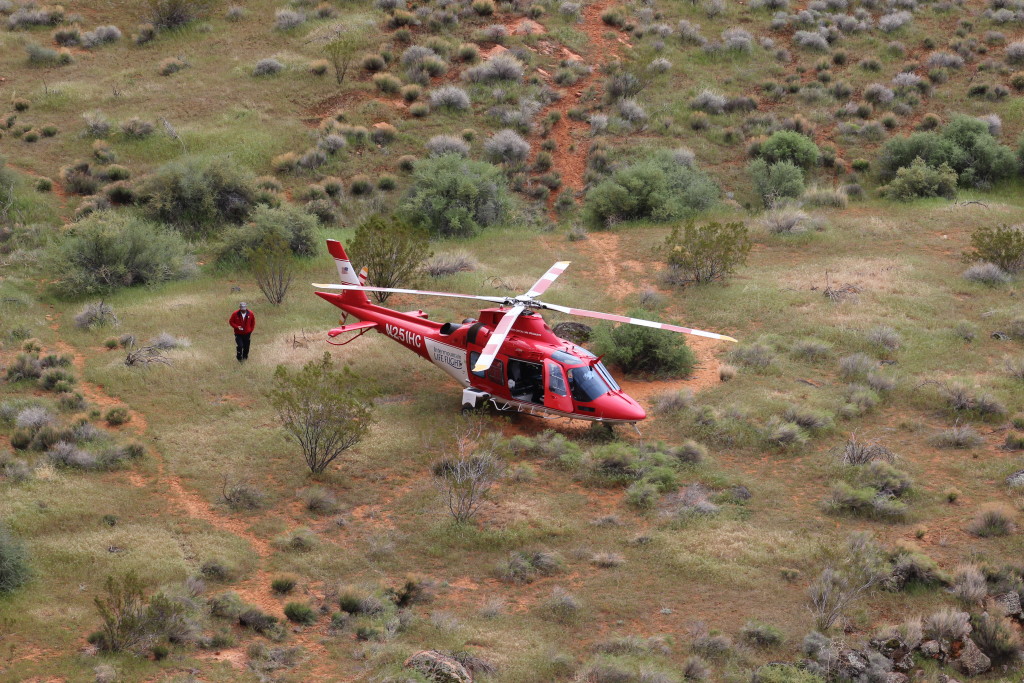 A Life Flight helicopter waits in a grassy spot a short distance from where a climber fell on a rappel from the Cougar Cliffs in St. George, Utah, Mar. 12, 2016 | Photo by Don Gilman, St. George News 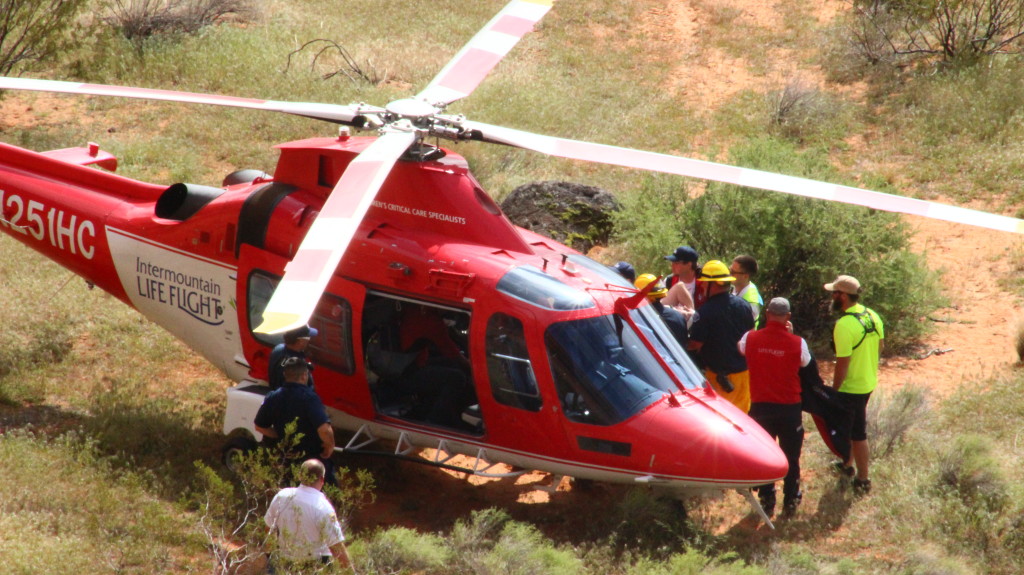