FEATURE — In the police-issued belt worn by LaVerkin Police Officer Amber Crouse hangs a pair of pink handcuffs — actually two pair. And now, thanks to her and an unexpected act of heroism, four LaVerkin police cruisers are equipped with life-saving mobile defibrillators.

Amber Crouse has worked for the LaVerkin Police Department for the last 18 months after spending 10 years as a deputy and tracker with the Washington County Sheriff’s Office.

The fascination with Amber Crouse’s pink handcuffs is one of her trademarks.

Amber Crouse knew she wanted a pair of pink handcuffs as soon as she saw them because, despite being a police officer, she still enjoys being a girl, she said.

It’s not really the fact that Amber Crouse has pink handcuffs in her gun belt; what makes it so intriguing is that she actually uses them.

“As a matter of fact, I don’t own any other kind,” she said, “and it usually breaks the ice during an arrest, particularly with men. I say, ‘I’m sorry, these are the only handcuffs I have, so you’re wearing pink handcuffs to jail.'”

There’s more to Amber Crouse than just being a police officer who employs pink handcuffs.

Last April, she was awarded the Outstanding Small Agency Officer of the Year award – an award etched on a plaque that hangs in her office.

LaVerkin City Police Chief Benjamin Lee nominated Amber Crouse for the award after she responded to three medical calls. In each case, her efforts saved the life of another. Her law enforcement achievements also figured into her nomination.

“She works very, very hard,” Lee said, “and, statistically speaking, is one of the higher officers in citations and arrests – probably one in the county for arrests.”

The merit behind the award, or at least a major contributor to its merits, occurred when Amber Crouse responded to an emergency call from Toquerville Falls in October 2014. A woman, Sharon Collard, was reported unresponsive with CPR in progress.

Amber Crouse was the officer nearest to the location and responded to the call despite it being out of her jurisdiction. Upon arrival, she discovered Sharon Collard’s brother-in-law, Corey Hudson, performing CPR. He had reportedly been doing so continuously for more than 30 minutes.

Even so, Sharon Collard had no pulse and no signs of life whatsoever, Amber Crouse said.

Amber Crouse then assumed CPR on Sharon Collard until a Washington County Sheriff’s deputy arrived with a mobile defibrillator.

“We rely on each other for a lot of support,” Sharon Collard said.

Sharon Collard was released two weeks later and subsequently learned that the LaVerkin Police Department was not equipped with mobile defibrillators due to the cost.

Both Sharon Collard and her husband, Shane Collard, are business owners and residents in the Salt Lake City area. They put a request on social media to raise enough money to purchase the devices for the department.

After raising close to $7,000 in just over a week, the Collards purchased four mobile defibrillators, one for each LaVerkin police patrol vehicle. The Collards presented the devices to the department at a town meeting end of  November 2014.

“So now each of their cars has one, which is what saved my life,” Sharon Collard said.

One of these devices saved the life of another man less than one week after the Police Department received them, Amber Crouse said. She responded to another cardiac call — this time with mobile defibrillator in hand.

The man was unresponsive, she said. Using the defibrillator, she shocked the man’s heart, bringing him back to life.

So a call that was technically out of her jurisdiction not only saved the life of Sharon Collard in Toquerville Falls but continues to save lives to this day, Amber Crouse said.

“Well the fact is that it doesn’t matter where the calls originate from,” Amber Crouse said, “Washington County is big, so if a call comes in and we can help, that’s what we do.”

Lee shares that belief, Amber Crouse said. If any officer needs help, regardless of whether it’s in their jurisdiction or not, his officers are on hand to assist.

Family is another integral part of Amber Crouse’s life and keeps her busy. She has seven children, two of whom are foster children.

“We have opposite schedules, so one of us is always with the children,” Amber Crouse said of herself and her husband.  “It’s tough, but I can honestly say that there is always one parent at every function our children have.”

Dave Crouse said they are very busy with schedules and children. It’s nice being married to a police officer, he said, because they can relate to each other in ways that wouldn’t be possible otherwise.

“I don’t have to hold back when I’m describing a scene or call,” Dave Crouse said. “She understands where I’m coming from and what I’ve seen.

“And yes,” he said, “I’m the one who ordered those pink handcuffs for her.” 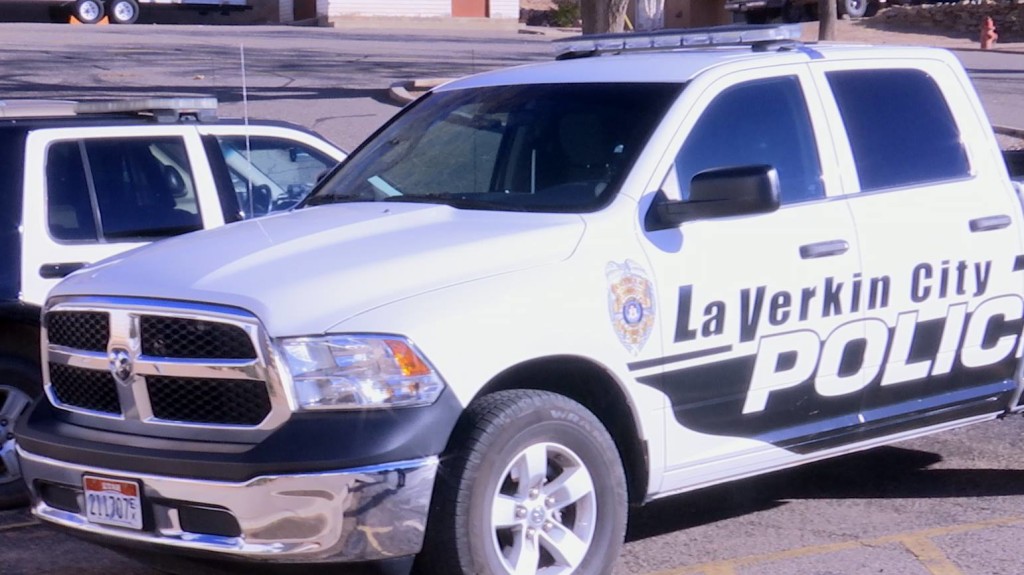 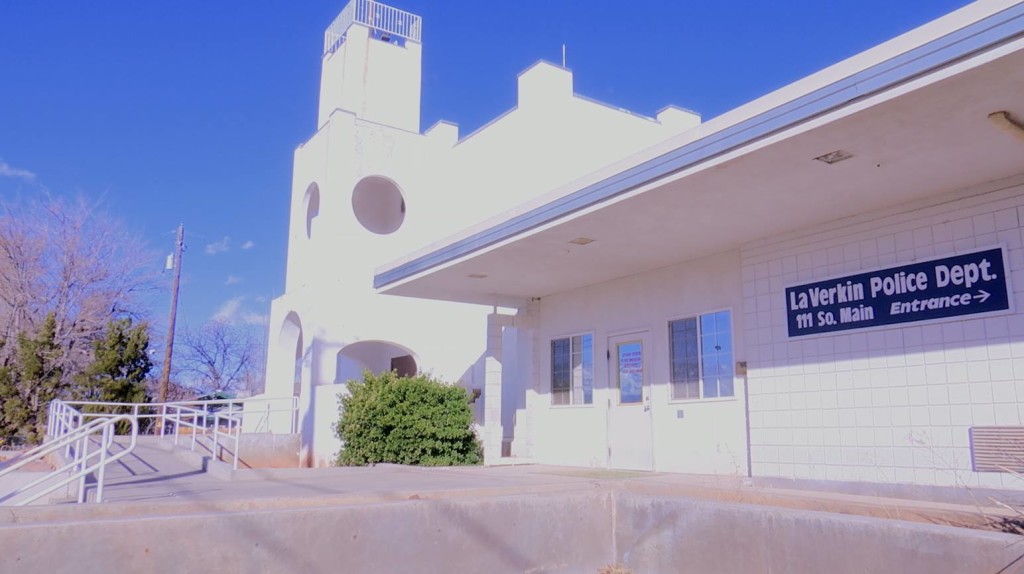 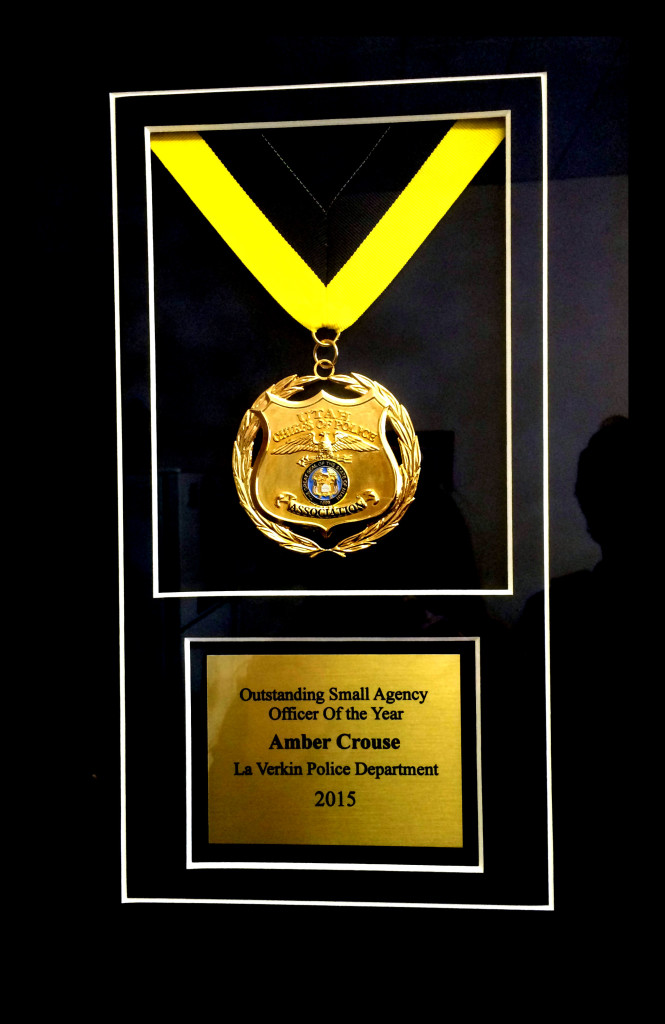 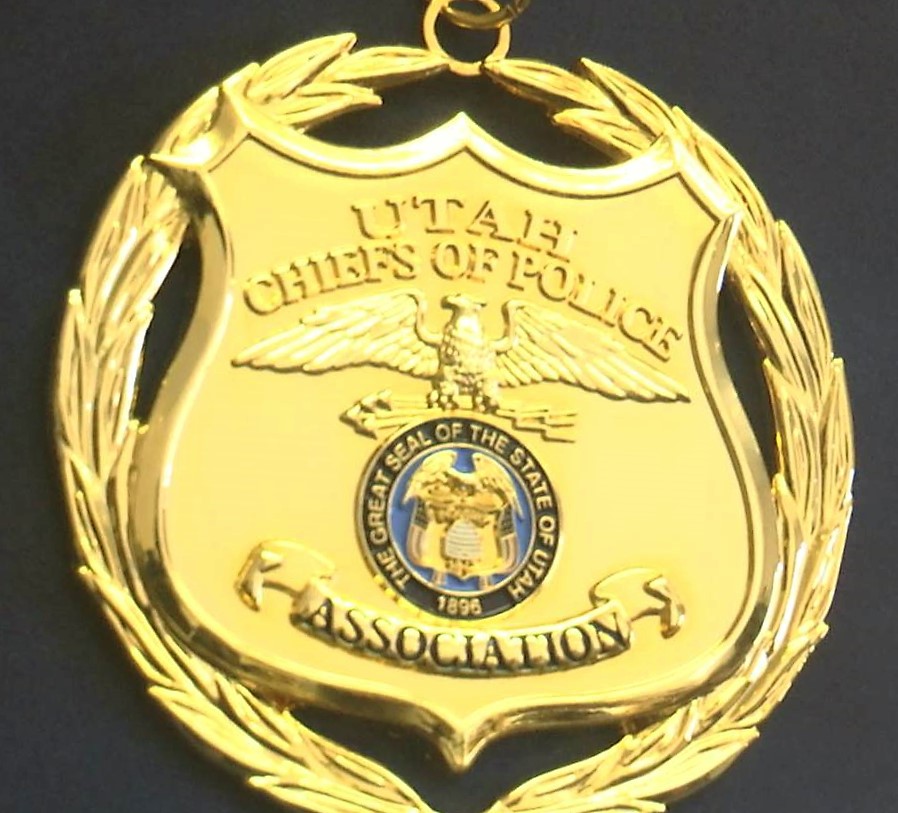 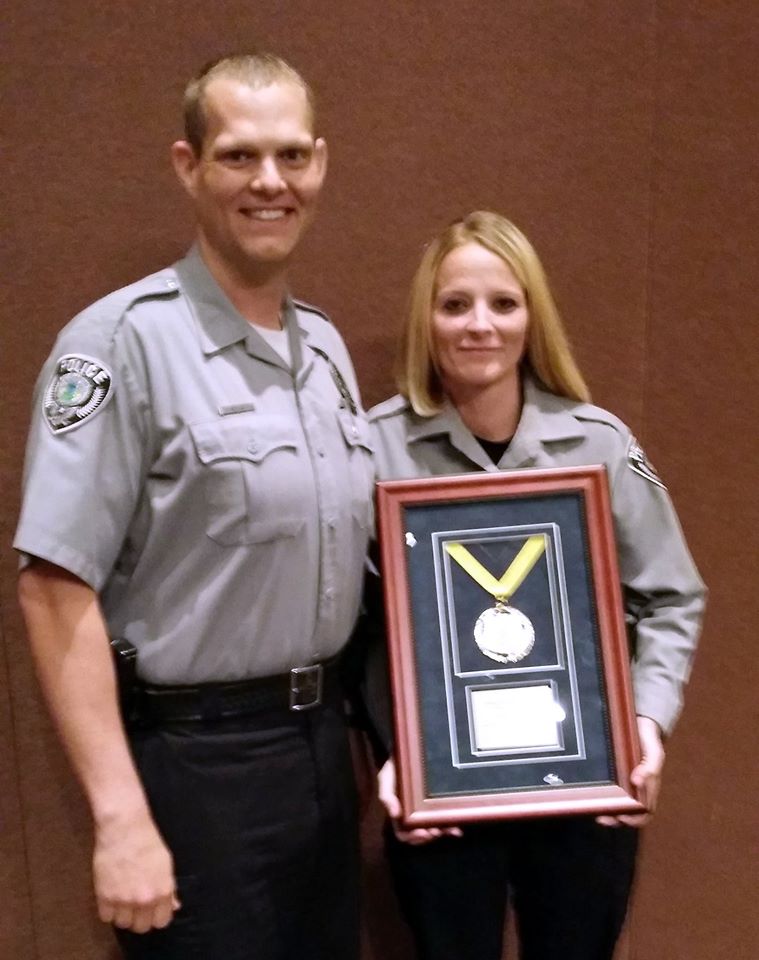 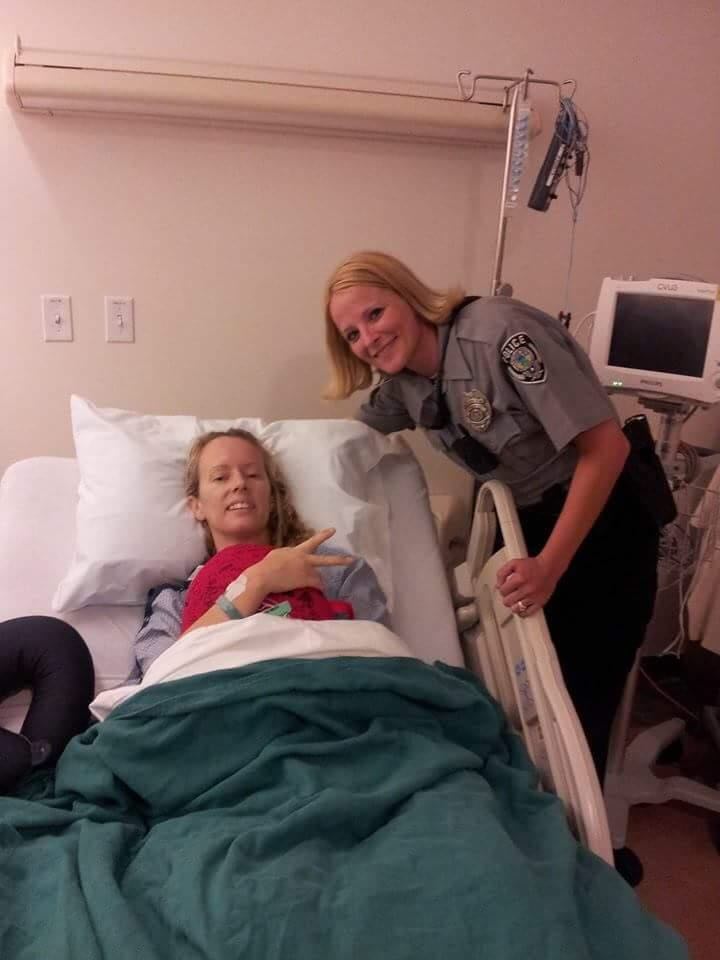 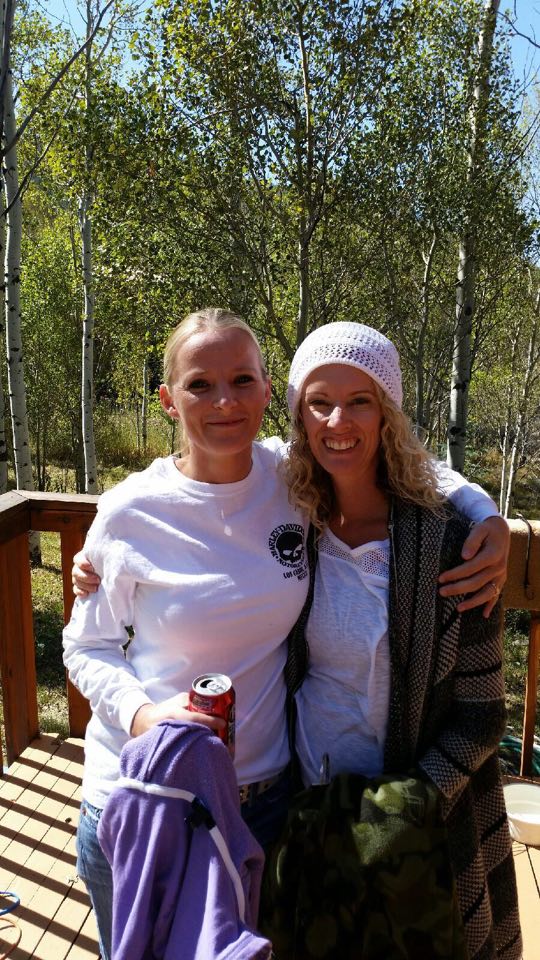 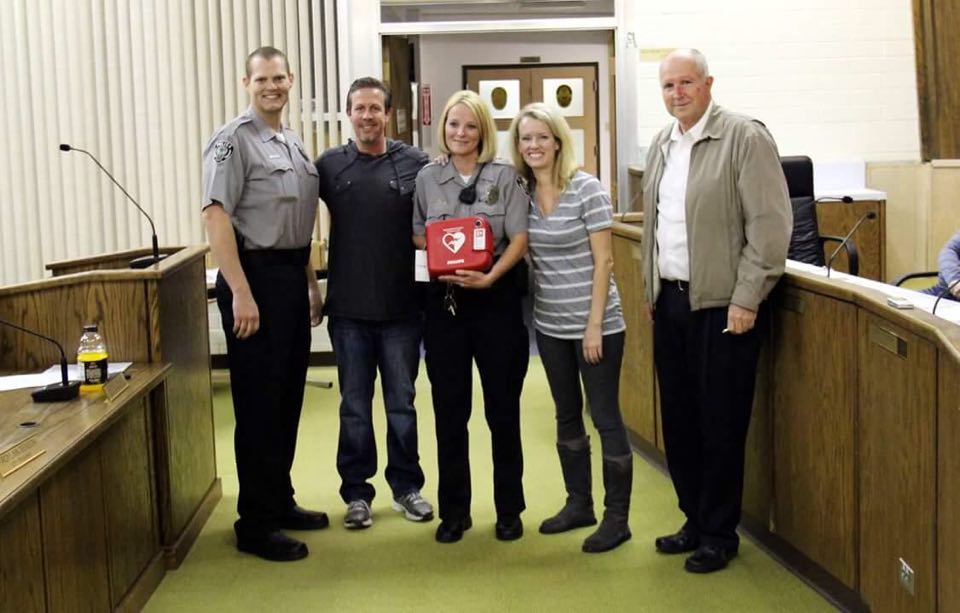 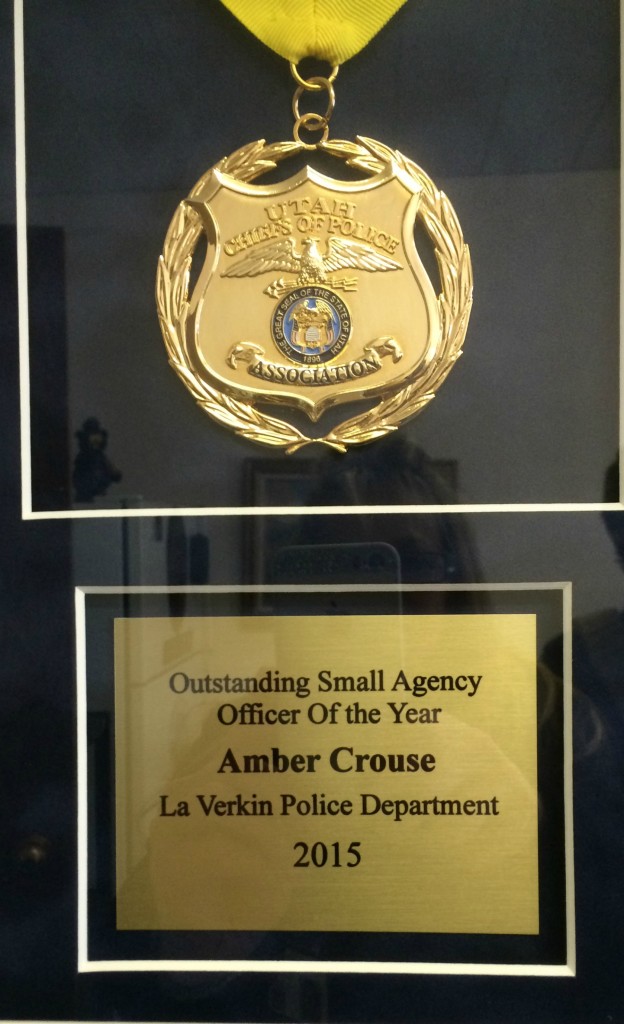 'Out of Control' report: 2021 sees highest spike in traffic-related deaths in U.S. history

Noisy enough for you? Nellis AFB to host Red Flag exercises into February