LEVITTOWN, Pa. (AP) — A Philadelphia puppy is getting back to his bouncy self after two plastic squeaky toys were removed from his stomach.

Doctors at Veterinary Specialty & Emergency Center in Levittown say the only sign that 6-month-old Jasper was having problems was he couldn’t keep food down. He otherwise seemed energetically normal.

They say X-rays showed the two balls were taking up most of the space in the Cane Corso’s stomach.

In the last year, the suburban Philadelphia practice treated a bulldog named Elvis that ate three pacifiers and a mixed-breed dog that scarfed down a pair of calf-high boots.

Jasper’s owner, Michael Ehrlich, of Philadelphia, says he thinks the dog swallowed the toys weeks ago. 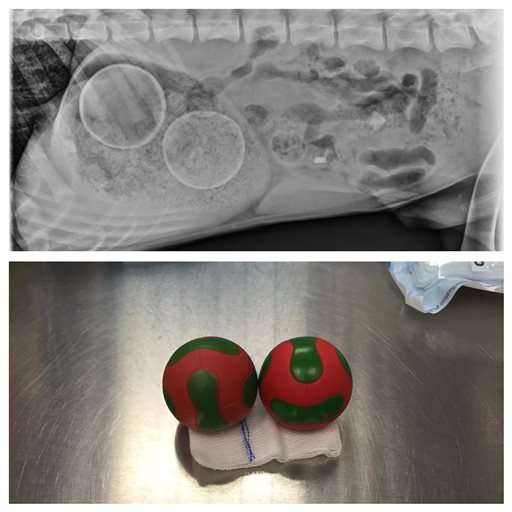 This combination of photos provided by the Veterinary Specialty & Emergency Center in Levittown, Pa., shows an X-ray of two balls lodged in a puppy's stomach, above, and the balls after they were surgically retrieved on Dec. 26, 2015. The 6-month-old puppy, a Cane Corso named Jasper, is already back on his feet. Photo by Veterinary Specialty & Emergency Center via AP, St. George News 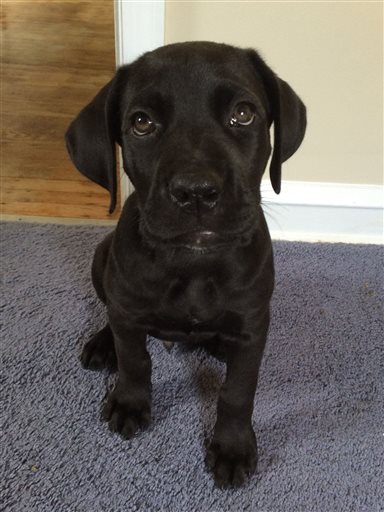 This photo provided by Michael Ehrlich shows his 6-month-old Cane Coro named Jasper at home in Philadelphia. The puppy swallowed two large plastic balls, which remained lodged in his stomach probably for a few weeks, according to Ehrlich. They were surgically retrieved Dec. 26, 2015, and within a few days Jasper was already back on his feet. Photo by Michael Ehrlich via AP, St. George News

Copyright 2016 The Associated Press. All rights reserved. This material may not be published, broadcast, rewritten or redistributed.