GARLAND, Utah — On a cold, soggy night in northern Utah, the Pine View Panthers needed someone to step up and make some big plays.

“I was just out there trying to make some plays and (QB) Riley Livingston was on fire tonight,” Bangerter said. “He threw them in the perfect spots and I just had to catch them.”

The humble wideout had nine catches for 123 yards, but even with his efforts, the Panthers needed a late defensive stop to save the game.

With the score 21-13, Bear River drove to the Pine View 10-yard line. The Bears faced a fourth-and-goal from there with 17 seconds left in the game. BRHS QB Kaygen Canfield ran a play-action fake and saw the matchup he wanted. He gunned the ball out to speedy wideout Gunner Sorensen in the right flat, who had just one defender between him and the potential tying score.

PV’s Kobe Topalian, all 165 pounds of him, closed quickly on the ball carrier and took him down in the open field to force the turnover on downs and preserve the lead.

“We don’t play Kobe on defense a lot because we like to keep him fresh for offense,” PV coach Ray Hosner said. “But when we really need him, he’s out there. He’s one of those kids that’s a playmaker and finds a way to get things done.”

“I never had a doubt in my mind that he would make that tackle,” Robertson said. “I knew he would step up and get the job done. All week we’ve been talking about passion, playing with passion. That was the key today.”

Bangerter scored the first of the three scores to tie the game at 7-7 with 33 seconds left in the first half. It came on a 26-yard pass that Bangerter had to take away from the defender. Both defenses played well in the first 24 minutes and the rain and cold seemed to bother both offenses.

But Livingston directed a masterful 17-play, 80-yard drive to start the third quarter. The possession took up more than five minutes of clock time and ended with Bangerter’s second TD grab, a drag pass wide open over the middle. Pine View converted a third-and-10, a third-and-3, another third-and-10 and a third-and-2 to get the ball to the Bear River 10-yard line. Then, amazingly, the Panthers converted their fifth consecutive third down with the 10-yard TD to Bangerter. That made it 14-7 with 6:45 to go in the third quarter.

The Bears drove to the PV 12-yard line on the ensuing possession, but a bad pitch on an option play gave the ball back to Pine View. With the defense focusing on Bangerter, Livingston found Michael Moten open for a couple of big gains (26 and 16 yards) to set up another score. Livingston found Bangerter on a nifty over-the-shoulder grab on a fade pass in the left corner that made it 21-7 with 9:48 left in the ball game.

The Bears answered with a quick drive that covered 80 yards in 11 plays. Gage Kaneko ran the score in from 5-yards out. The extra point was blocked, leaving the score at 21-13 with 4:59 to play.

Livingston made a rare second-half mistake on the Panthers next possession, throwing into double coverage on a third-and-long play. The pass was picked off, handing the Bears the ball at their own 30-yard line with 3:15 to play.

With the help of a pass interference call on a fourth down, Bear River was able to drive to the Pine View 10 in 10 plays. Three straight Merritt incompletions set up the fourth down pass to Payne that Topalian sniffed out and snuffed out.

Pine View, 6-4, ended up with 324 yards in the game, Livingston accounting for 222 of those through the air on 20 of 34 passing. Along with his game-saving tackle, Topalian had a sack and 93 rushing yards. Moten finished with 77 yards receiving on seven catches.

Bear River, which finishes the year with a 3-8 record, got 97 rushing yards from Koneko. Gage Sorensen caught five passes for 77 yards.

The Panthers advance to the 3AA Quarterfinals and will return to Walt Brooks Stadium for a rematch with crosstown rival Dixie. The Flyers beat Pine View 31-28 last week by scoring the go-ahead touchdown with 13 seconds left. 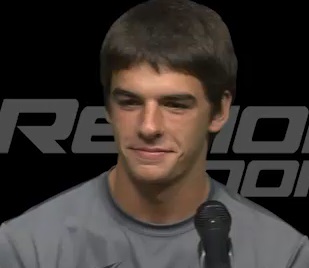 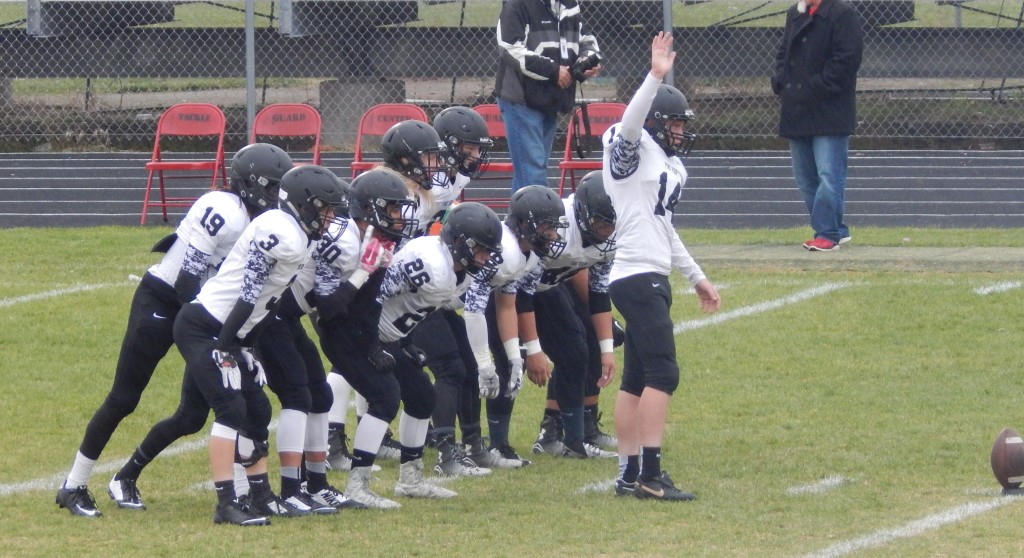 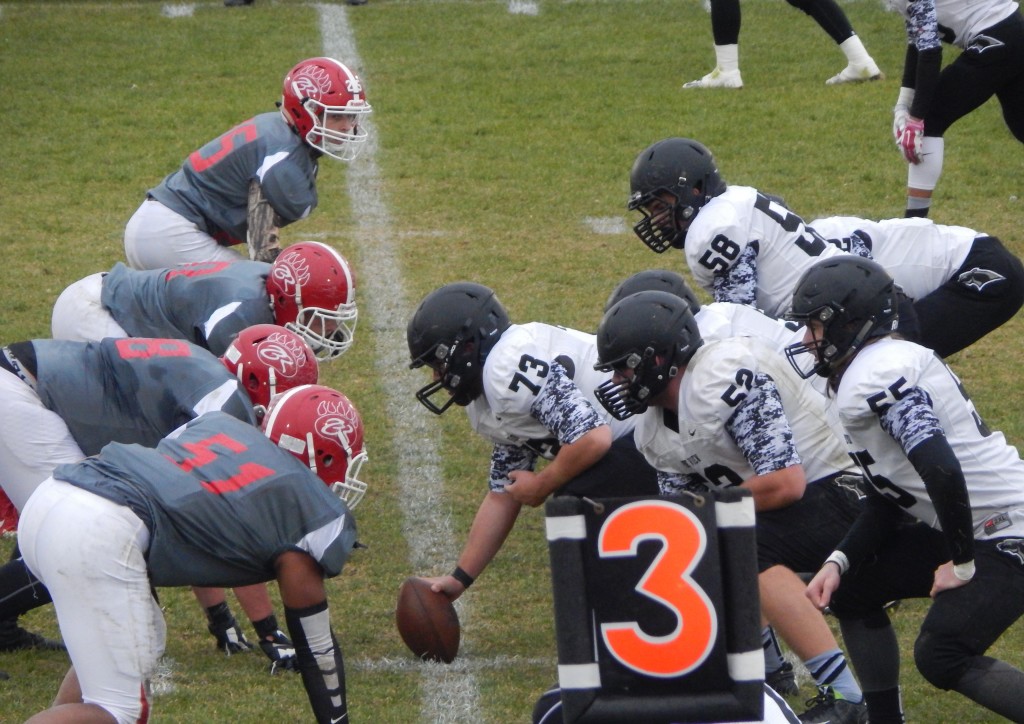 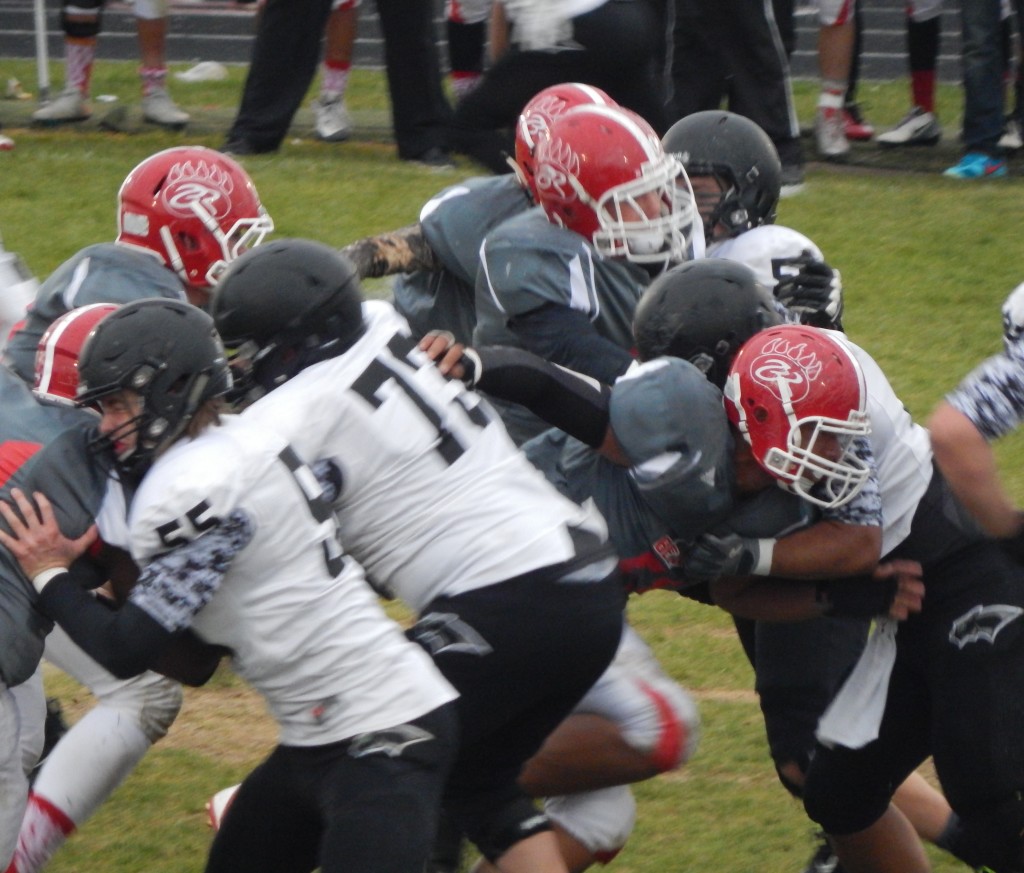 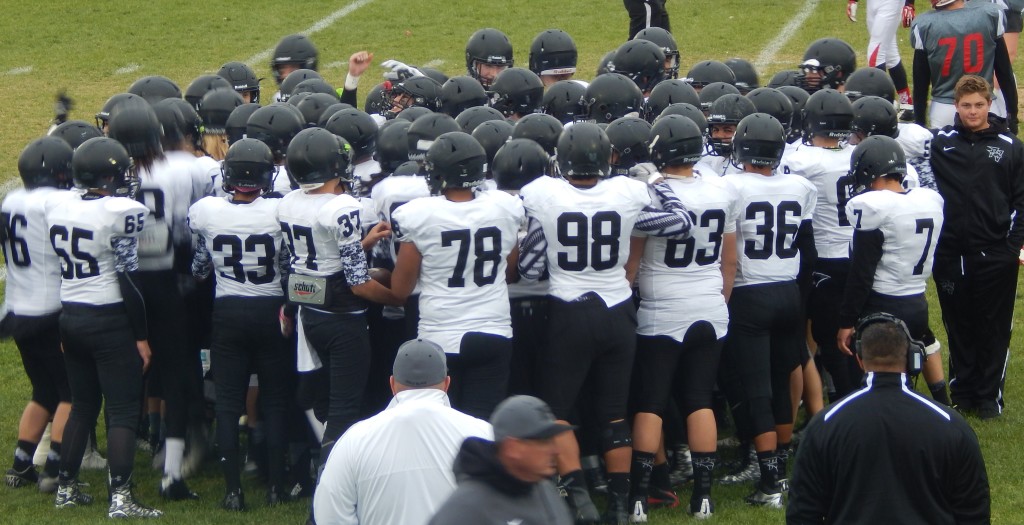 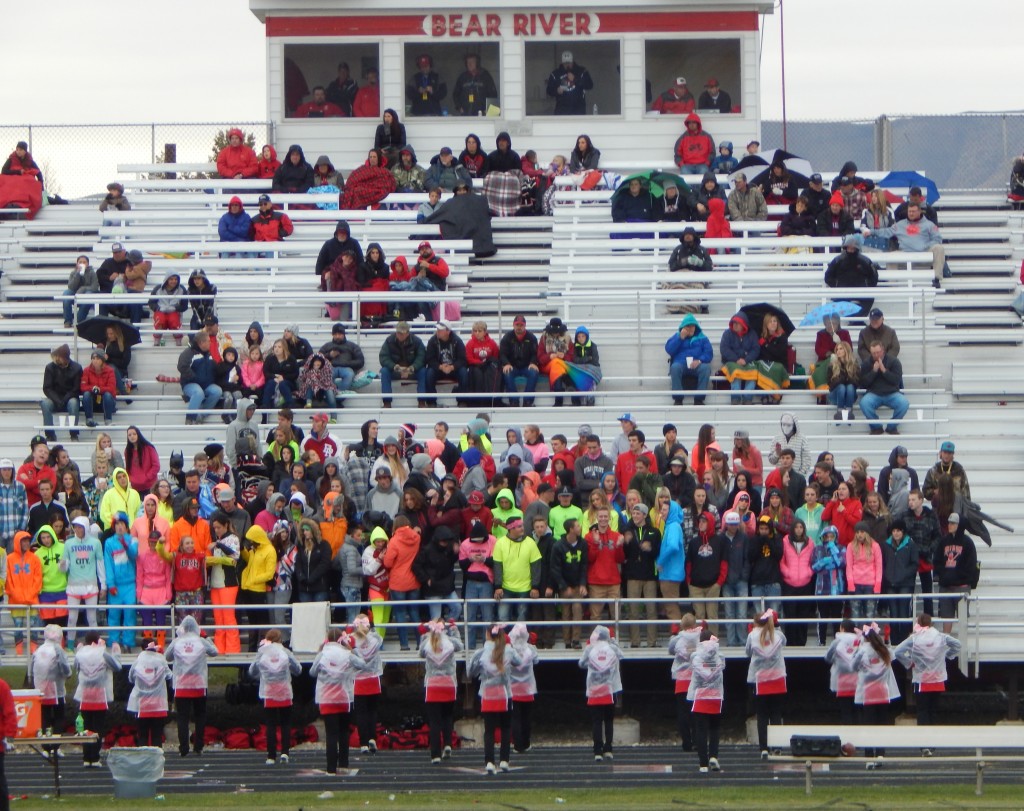 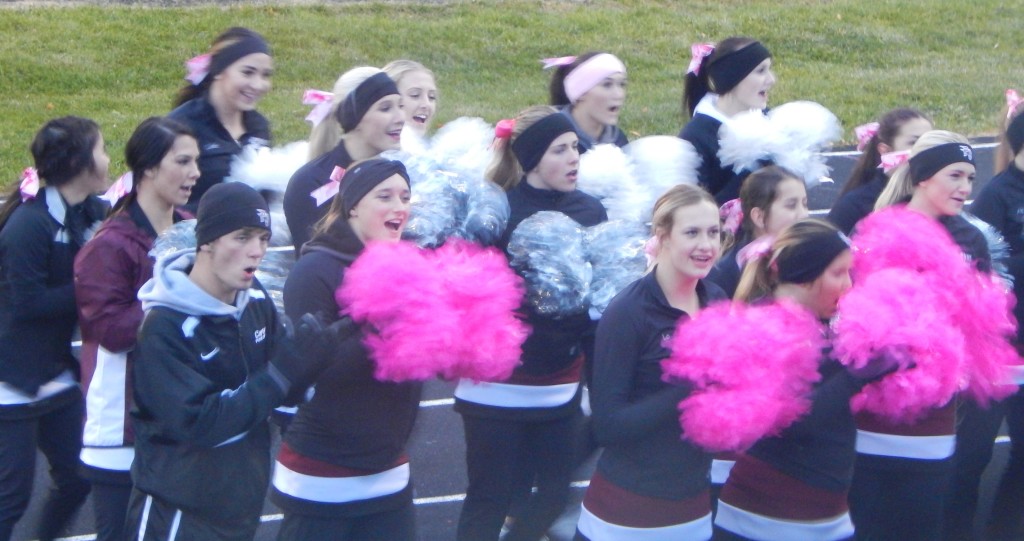 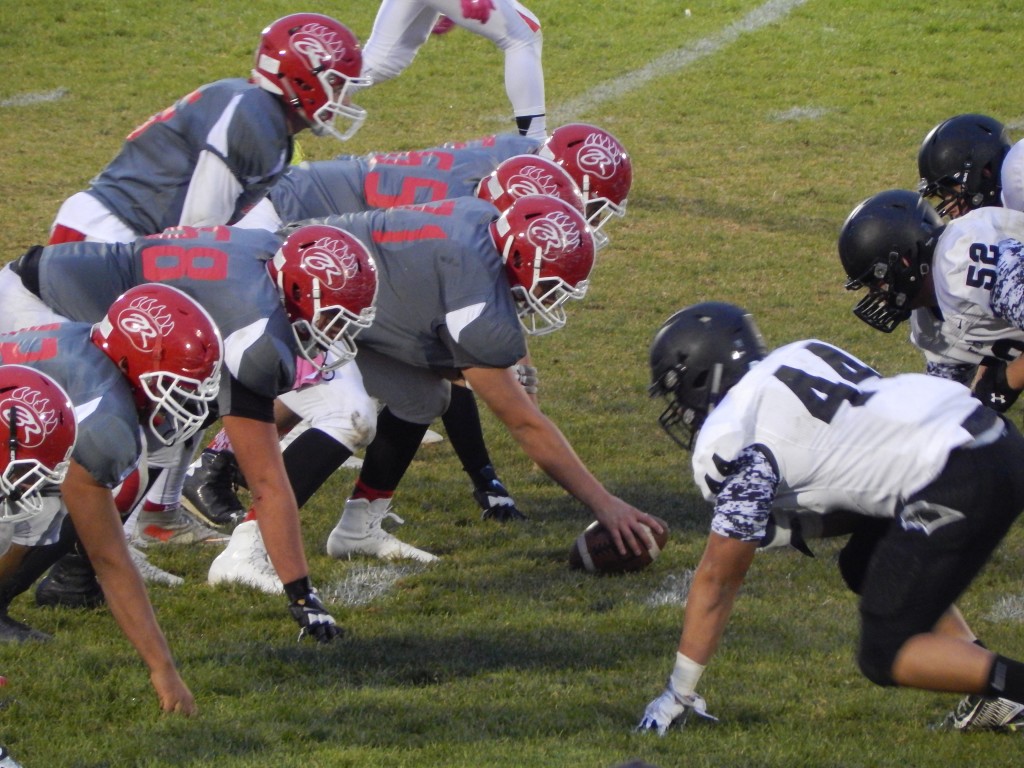 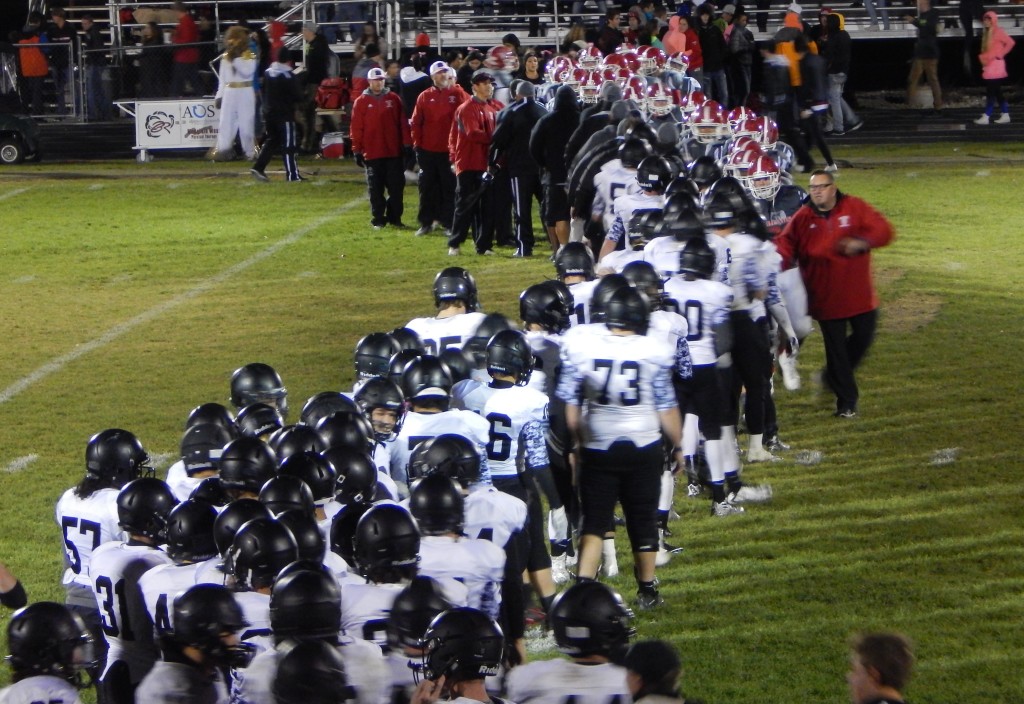