CEDAR CITY — The new Chick-fil-A opened in the Sharwan Smith Student Center on the Southern Utah University campus Thursday at 10 a.m. This is the first Chick-fil-A to open in Cedar City.

Chartwells is a part of Compass Group, which connects the school to different restaurants and coordinated the school getting the contract with Chick-fil-A, Natasha Green, Chartwells marketing manager, said.

Planning for the new restaurant started about a year ago, Green said. The school did a few focus groups and Chick-fil-A was, by far, the most requested by students. There were a few students in particular who really pushed for the chicken restaurant, including members of the Southern Utah University Student Association.

Even though the opening was not until 10 a.m., Green said that by 9 a.m., there was a line down the hall.

In addition to purchasing sandwiches, students could play games like cow toss to win free food and other prizes. The iconic Chick-fil-A cow was also found wandering around the student center.

Katie Steevs, an SUU student, said she’s excited about the opening because it means another food choice for lunch on campus, alongside T-Bird Grill, Papa John’s and Yummy’s BBQ.

Even though some restaurants had a hard time sticking around in the student center in the past, SUU student Trevor Green said that he thinks Chick-fil-A will last because of the quality of the food and the student demand.

With so many students eating on campus, Trevor Green said that the inclusion of another full restaurant, instead of just what snack choices would be, was a good choice.

The restaurant is located where the convenience store Outtakes used to be. Outtakes is being moved around the corner into the Rotunda, set to open in December, Green said. Until then, it has a small temporary spot next to the Living Room in the student center. 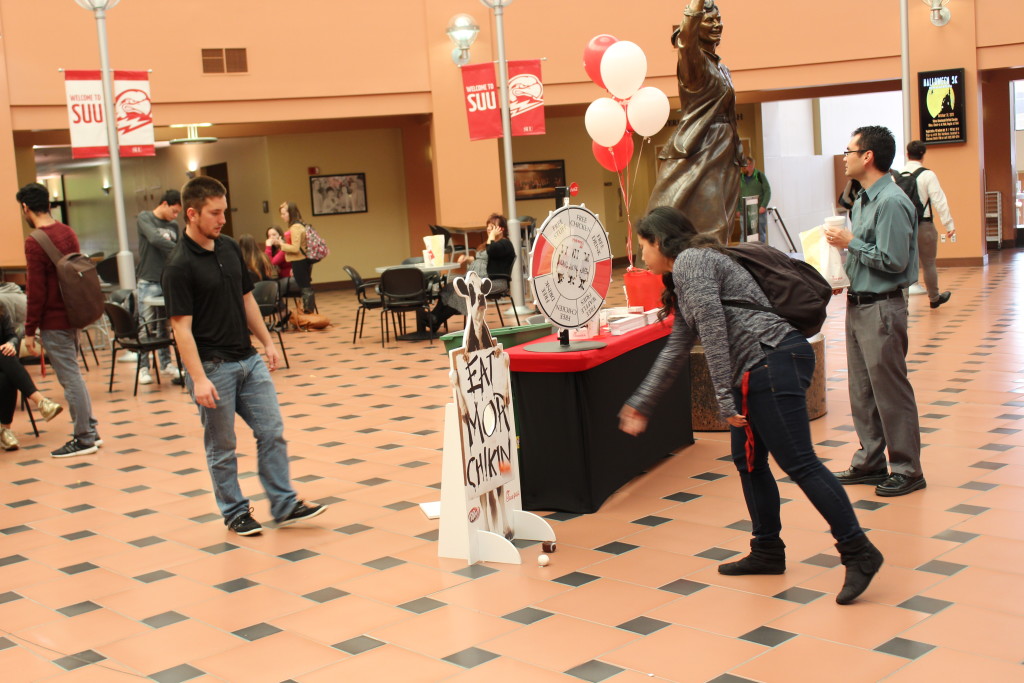 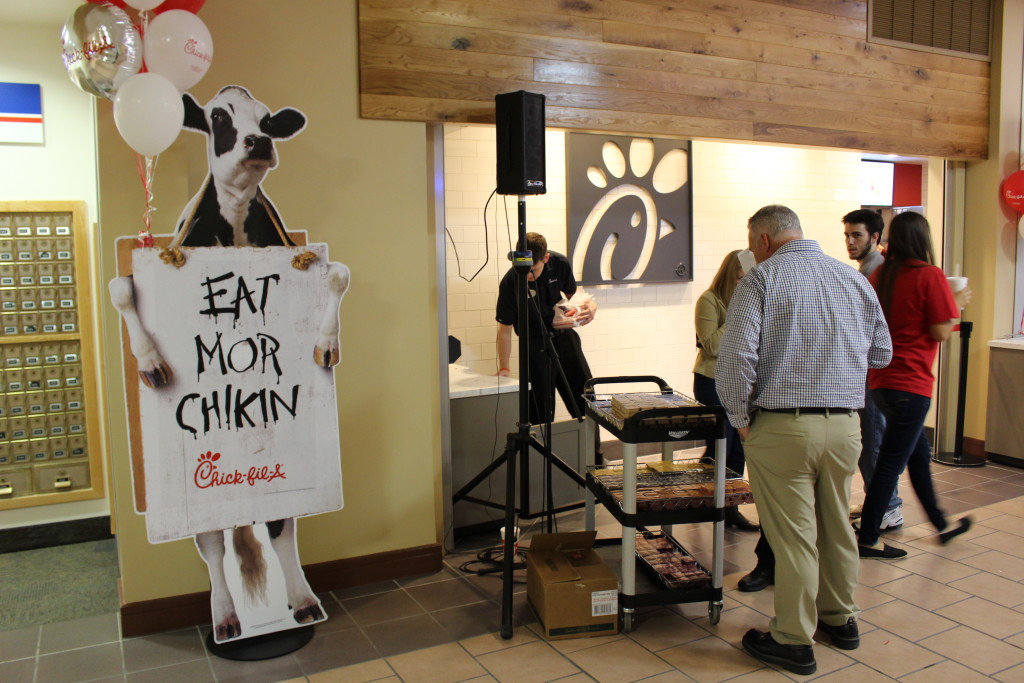 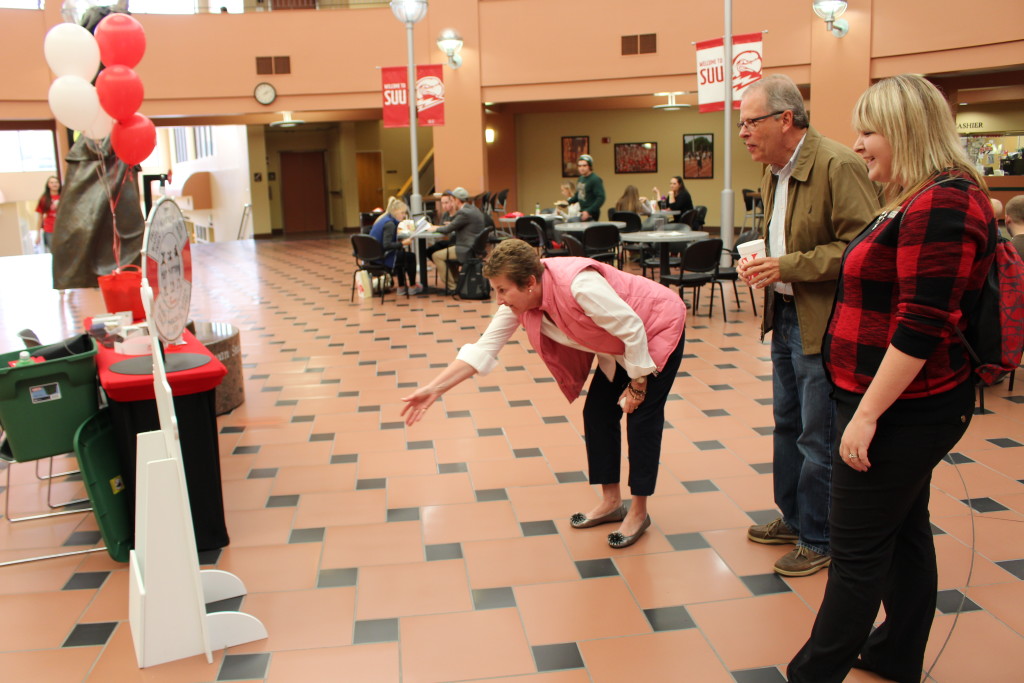 Students and other community members had an opportunity to play "cow toss" for a chance to win a prize at Chick-fil-A's opening, Cedar City, Utah, Oct. 22, 2015 | Photo by Emily Hammer, St. George News 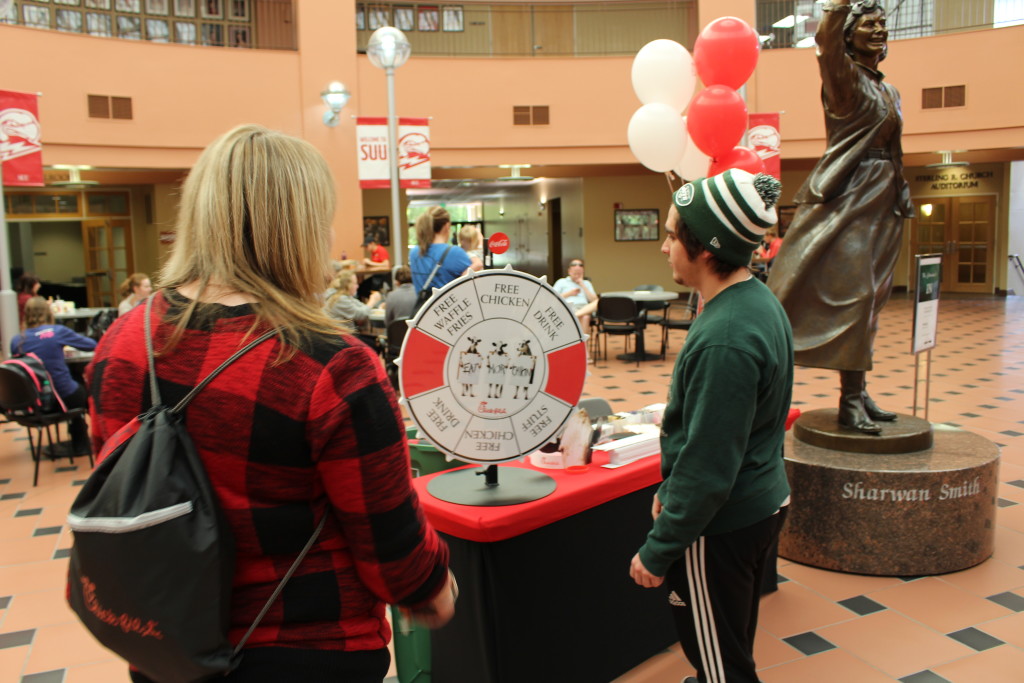 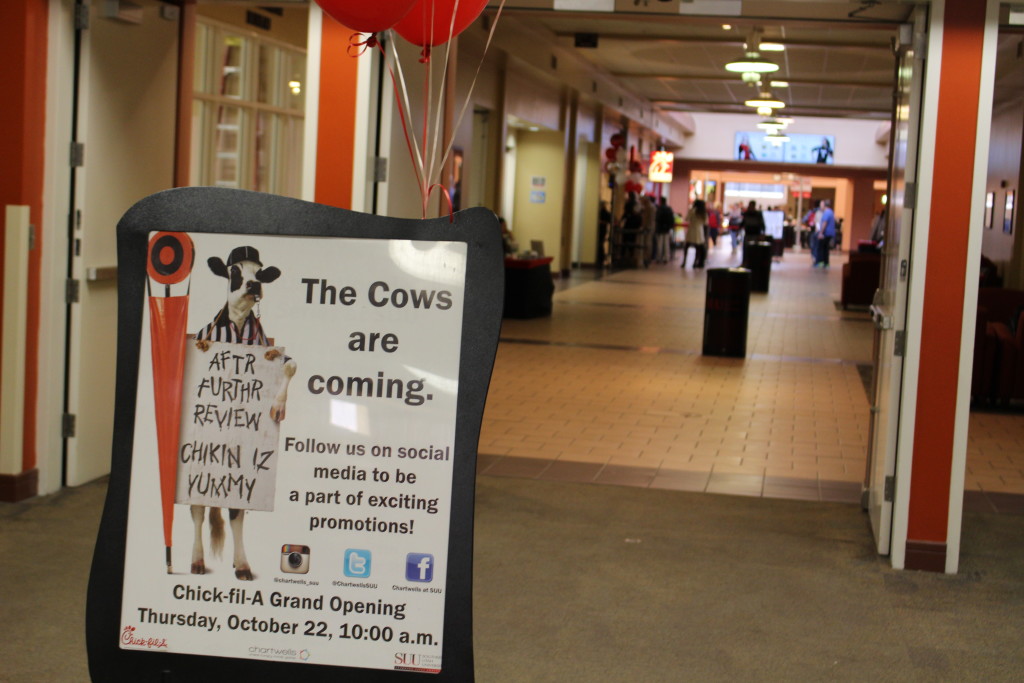 Emily Elizabeth Hammer was raised in Riverton, Utah, and moved to Cedar City in 2012. She writes novels in her free time and aspires to be a full-time author. She was a copy-editor at Southern Utah University before she started at St. George News. When she's not busy working or writing, Emily does archery and spends time with her husband and their hedgehog and cat.

SUU wins 'Most Outdoorsy' national title by a landslide