ST. GEORGE – Last month a woman walked into the St. George News office accompanied by three others clad in unconventional garb – no jeans, shorts and T-shirts one might expect befitting the August heat, but rather, dressed in costume: one wore mostly black – black leather jacket, gloves and an unusual red helmet., with a large, red patch in the outline of a bat sprawled across his chest; another young man and a young woman wore fashion that appeared to blend medieval and Nordic influences stemming from some fanciful world of their own.

With them was Jeremy Bird. And those in costume included her two sons, Eric and Ryan Bird, and Ryan’s girlfriend, Jenessa McElyea.

Eric Bird was dressed as one of the recent iterations of The Red Hood, an anti-hero from DC Comic’s Batman stories. Ryan Bird and McElyea were dressed as Hiccup and Astrid from the 2014 movie “How to Train Your Dragon 2.”

Each costume was designed and assembled by Jeremy Bird, a woman who has a habit of giving imagination a material form, be it through award-winning costumes, stage set designs and murals or even, more recently, a children’s book series.

“I’ve been doing this stuff my whole life,” Jeremy Bird said, albeit her talents primarily emerged when her children were younger. She would get involved in their school projects and activities, she said, making her children’s costumes for school events and sometimes getting involved in other ways.

“Building staging and building props, and doing costumes and doing hair and makeup has just been a flair I was gifted with,” she said. “It came with me.”

Jeremy Bird began building staging and props around 1995, she said, when she was asked to help out with graduation night celebrations.

Those who may remember Dixie High School’s 2011 production of The Phantom of the Opera may recall one of the larger props used in the play – a 13-foot-tall elephant.

Creating the large prop wasn’t an easy task, and some were saying it couldn’t be done, Ryan Bird said, but the high school’s drama department eventually asked Jeremy Bird for help – and she did it.

The large pachyderm prop went on to be used by Dixie State University and Brigham Young University for a while, and was eventually bought by a professional theater company in Salt Lake City, the Birds said.

For the love of costumes

“My kids were always the cool kids at Halloween,” Jeremy Bird said, grinning.

While she has made costumes for her children and various events, Jeremy Bird has also made costumes for cosplayers – a group of people who devote hours upon hours on costumes of their favorite fictional characters to be worn at conventions and other public events.

In 2014, one of the biggest gathering points of cosplayers of all kinds was the Salt Lake Comic Con. The Birds and McElyea planned to attend as part of a family vacation, but things turned out a little differently once they arrived.

Attending in the Red Hood and “How to Train Your Dragon” costumes, Eric and Ryan Bird and McElyea began to be surrounded by fans of those characters. The Hiccup and Astrid costumes proved especially popular.

During the convention, Hiccup and Astrid were entered into the convention’s cosplay contest. Initially in the beginner’s category, they were bumped up to the intermediate section once the judges saw the detail in the costumes, and then they won 1st place in their category.

Some people thought a lot of money had gone into making the costumes due to their detail and design. Not so much, Jeremy Bird said. They were made on a budget, and with everyday materials like old leather, pill bottle tops, tablecloths and so on.

“It’s just a lot of ingenuity, a lot of creativity and working out of the box,” Jeremy Bird said.

“I’m a fan of costumes,” she said. “… Anyone with money can buy a costume. Cosplay is: ‘I made the costume.’ The best part about cosplay is that I didn’t buy stuff for the costume and I made it from scratch.”

The next adventure: Bosley Bear

“So this is another little adventure I’m on now that’s going to be a lot of fun,” Jeremy Bird said, holding up a copy of a soon-to-be-released book titled “Bosley Bear lost his hair.”

“Bosley Bear lost his hair,” is the first installment; the third book of the series, titled “The Many Encounters of Bosley Bear,” introduces Hildegard the Squirrel and her wild assumptions about Bosley’s missing coat of hair, the book’s Facebook launch site said.

The series itself is described as one “filled with life lessons and overly exaggerated imaginations.”

In addition to being the author, Jeremy Bird is also the book’s illustrator. Using her talent for giving imagination form, she has also brought Bosley Bear to life in costume.

“He’s just another one of those characters I’ve told my kids about,” she said, “so it’s all about bringing him to life and making him real.”

A book launch event for the release of “Bosley Bear lost his hair” will be be held Sept. 19, from noon to 4 p.m. in the St. George Town Square at 50 S. Main St. in St. George, where people can pick up preordered copies of the book autographed by the author.

“The real Bosley Bear will be there at the launch so (people) can come and meet him,” Jeremy Bird said.

Books can be ordered at BosleyBearBooks.com.

Jeremy Bird resides in Brookside and comes from a family with a background in law enforcement. Two brothers, four nephews and a son-in-law have been and are sheriff’s deputies or police officers. Jeremy Bird even served for a time as a deputy for the Lincoln County Sheriff’s Office working prisoner transports, and also worked as a transporter for a local youth treatment facility.

When asked if there was anything she doesn’t do, Jeremy Bird replied: “I don’t skydive.” 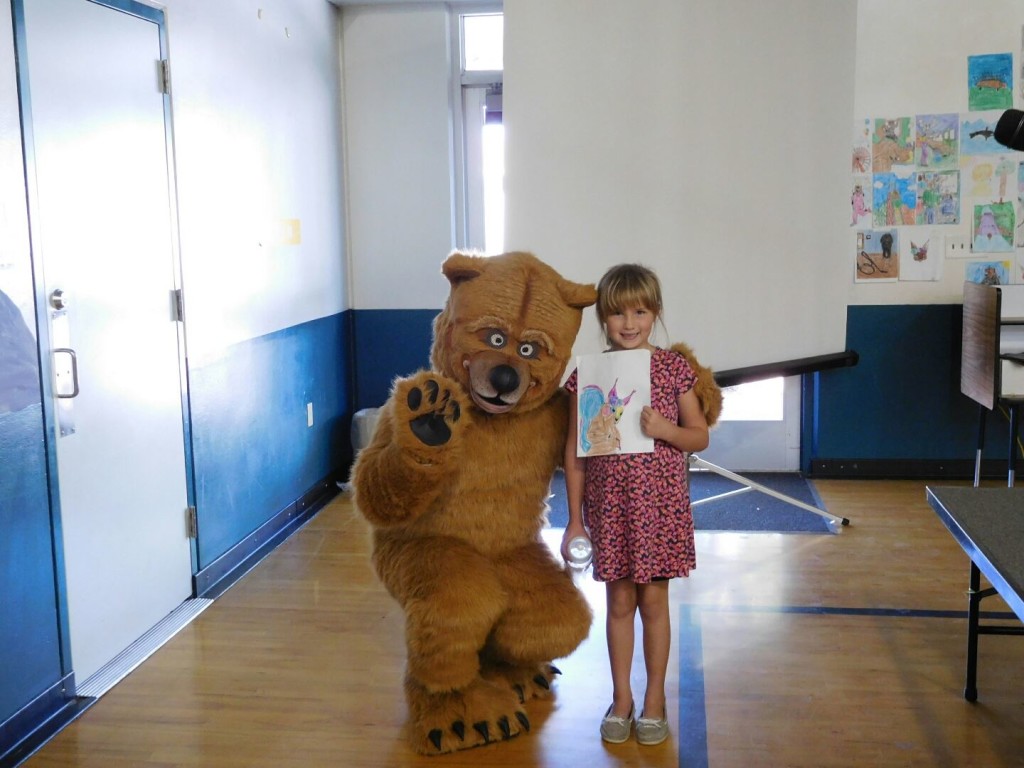 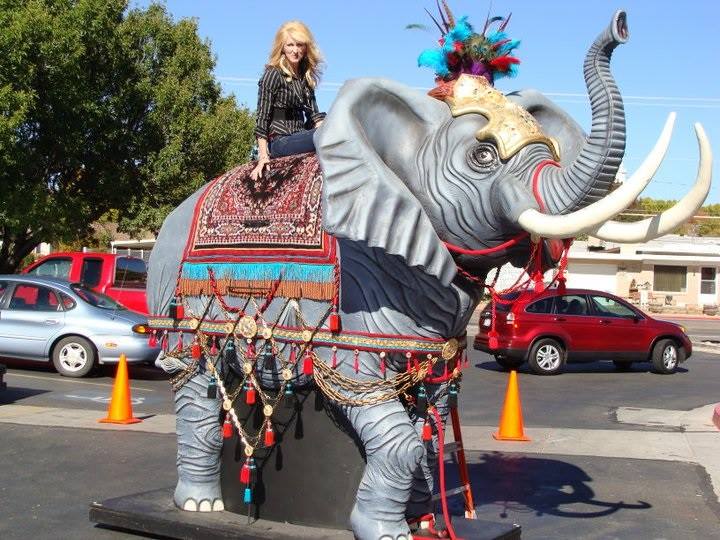 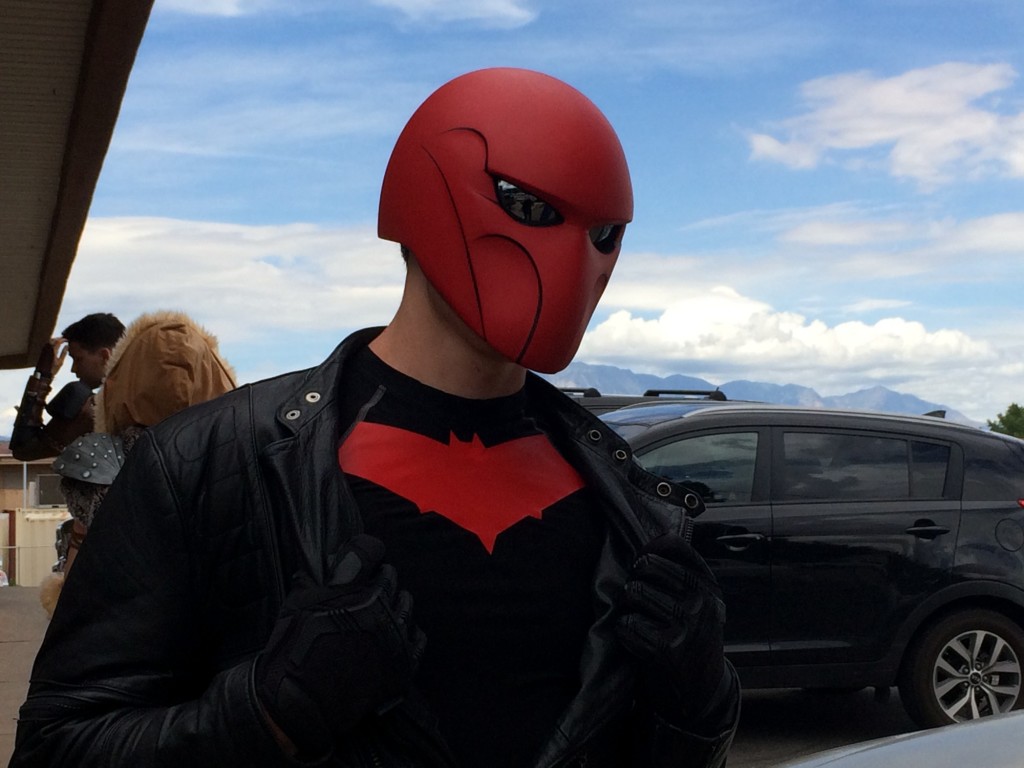 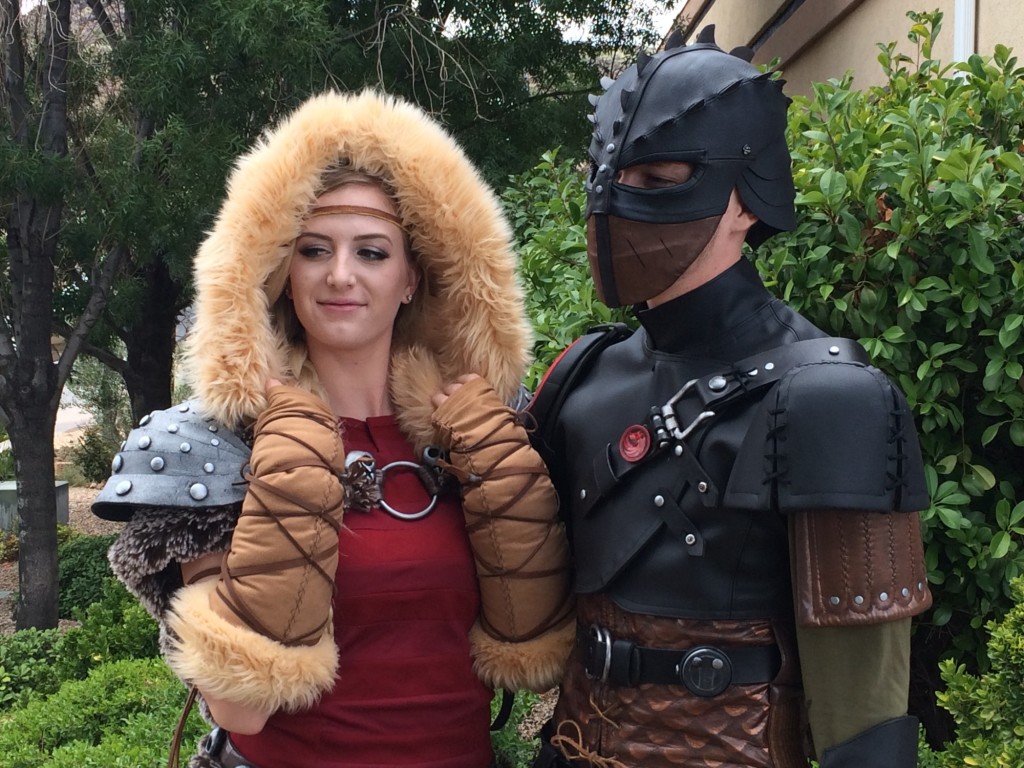 (R-L) Jenessa McElyea and Ryan Bird as Astird and Hiccup from “How to Train Your Dragon 2.” Their costumes, designed and put together by Jeremy Bird, won 1st Place in the Intermediate category at the 2014 Salt Lake Comic Con cosplay contest, St. George, Utah, Aug. 11, 2015 | Photo by Mori Kessler, St. George News 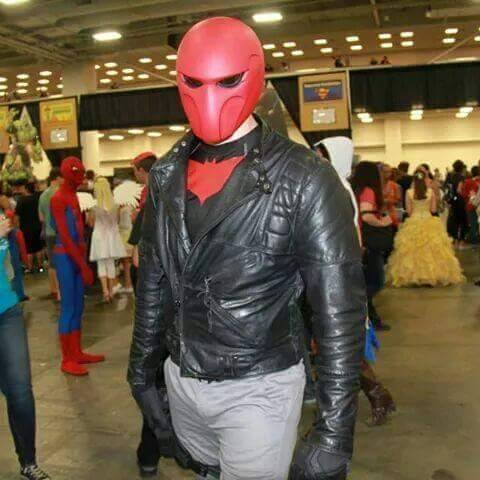 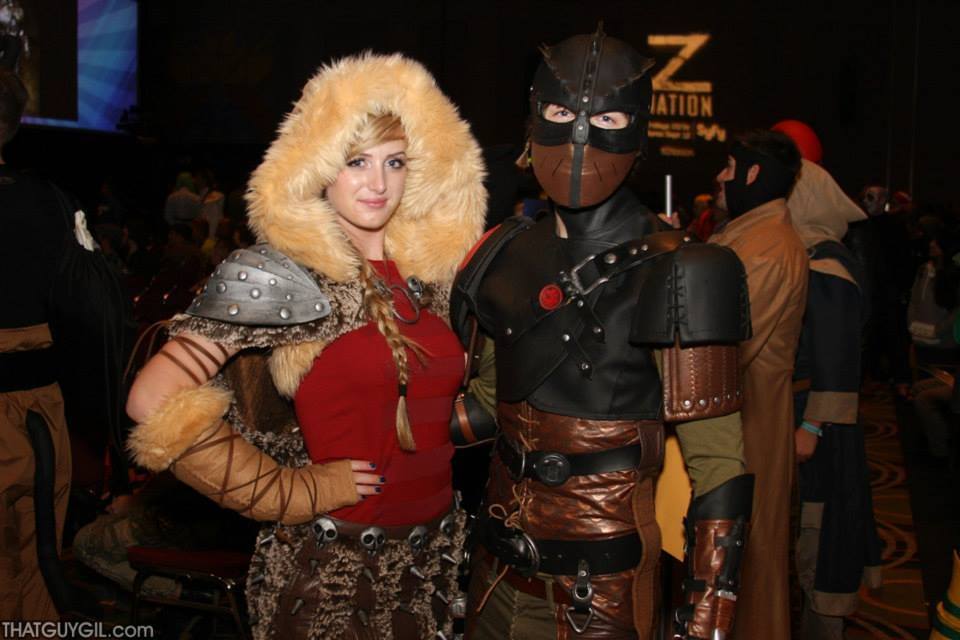 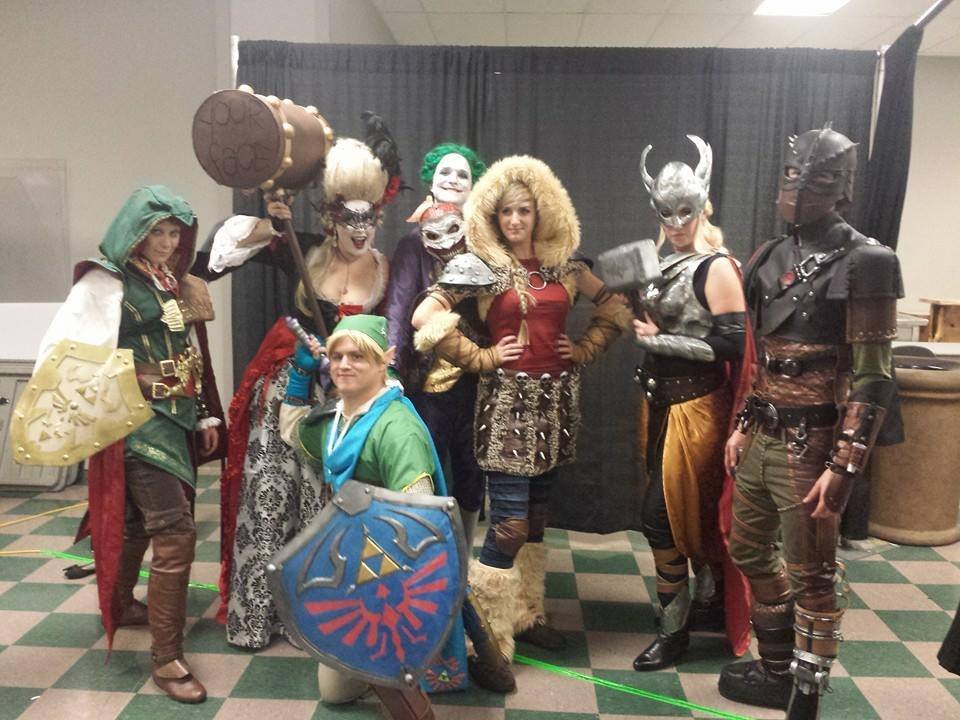 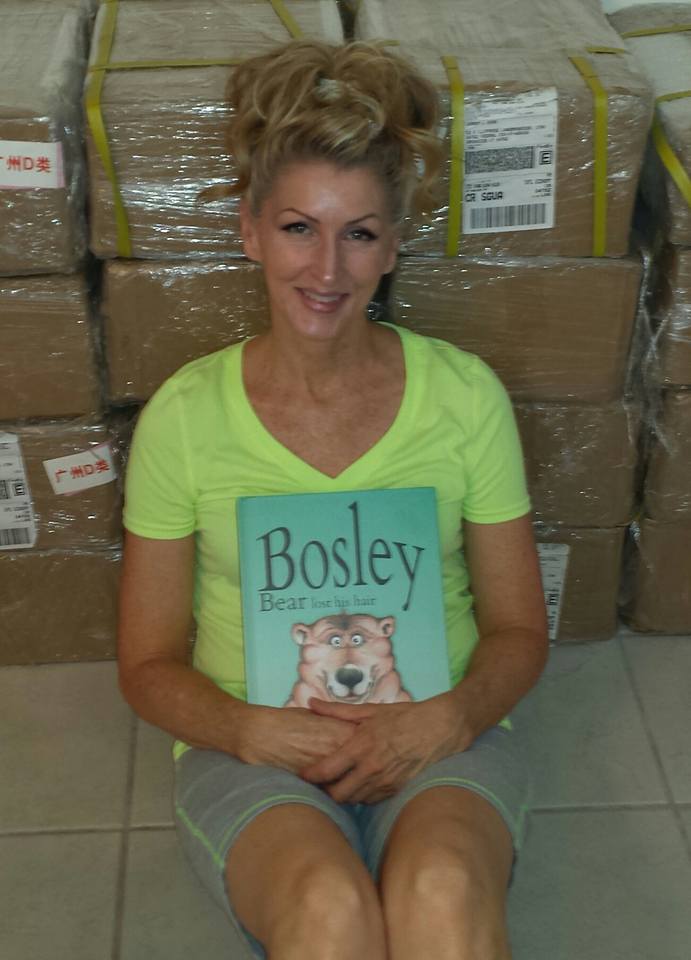 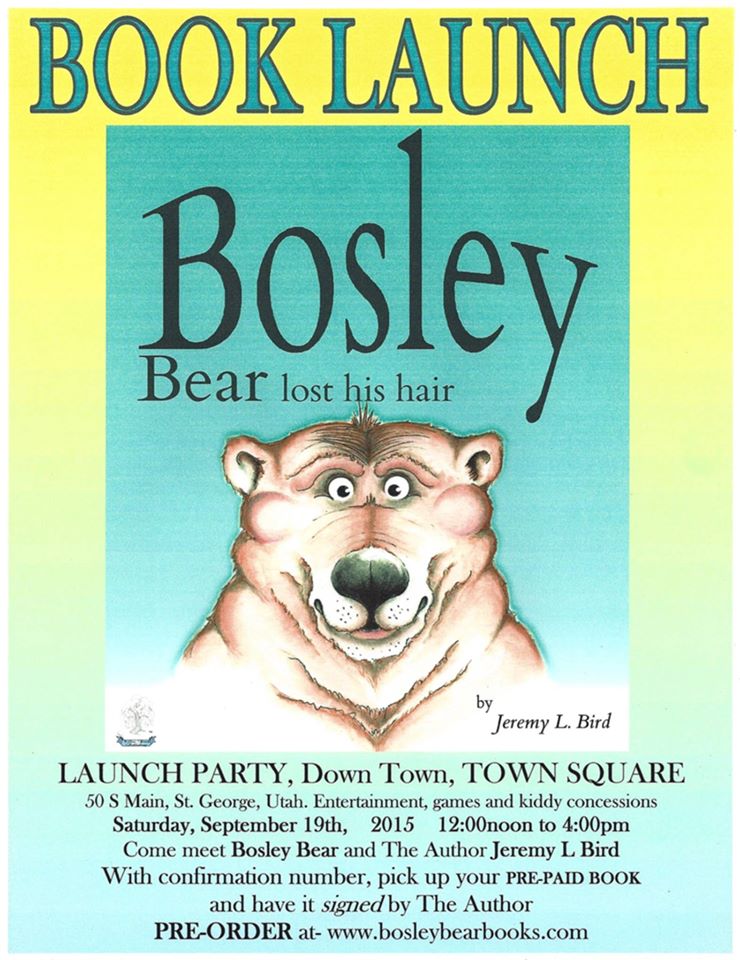 'Half the word is play'; local cosplayers explore creativity through shared love of anime

These are the droids you're looking for: 'Star Wars' hobbyists enjoy showing off custom-made creations