ST. GEORGE – An MD-80 airplane en route from North Dakota to Las Vegas was diverted to the St. George Regional Airport as a precautionary measure Monday night due to what appears to have been an instrument malfunction.

Allegiant Air Flight 487 from Bismarck, North Dakota, to Las Vegas, Nevada, experienced a possible maintenance issue and made a safe, unscheduled landing at the St. George Airport, according to a press release from Allegiant Air.

“The pilot knew that they put on fuel enough, but their gauges were reading wrong,” Brad Kitchen, airport operations supervisor/airport security coordinator for the St. George Regional Airport, said. “So it was precautionary for them to land here in St. George, and (they) wanted to make sure they were not losing fuel and wanted to make sure the gauges worked.”

There were 141 passengers on board the plane, all of whom were unloaded in the St. George terminal.

As part of standard procedure, St. George Police officers were called to the airport because there were so many passengers, Kitchen said.

“When you have that many people, there should always be at least one law enforcement officer,” he said.

The passengers were not initially permitted to leave the terminal for security reasons. If they left the terminal, Kitchen said, Transportation Security Administration personnel would have had to rescreen them.

The St. George Airport only receives inbound flights after 7 p.m., Kitchen said, so TSA staff were no longer on-site and would have had to be called back to the airport to rescreen any passengers that were permitted to leave the terminal.

A couple of men were upset about the diversion to St. George and also about being kept inside.

“There (were) a couple that were a little disgruntled because they wanted to smoke,” Kitchen said.

The men couldn’t smoke inside the terminal and couldn’t be allowed outside. But once it was learned the passengers were going to be delayed for hours, airport staff opened the doors and allowed any passengers to go outside who wished to.

Those who chose to leave did have to be rescreened, Kitchen said.

“There’s a lot of them that chose not to leave the terminal,” he said.

St. George Shuttle was called in to provide alternate transportation for those who were anxious to reach their destination and didn’t want to wait for another plane. Kitchen said about 35 passengers opted to take the shuttle to Las Vegas.

For the rest of the passengers, another MD-80 was sent up from Las Vegas to bring mechanics to work on the plane. That airplane arrived at about 11:30 p.m., Kitchen said.

Once the mechanics disembarked, the remaining passengers were loaded onto the plane and were on their way to Las Vegas by about 12:30 a.m., Kitchen said.

The MD-80 that made the unscheduled landing is still at the St. George Airport being worked on by mechanics as this report is published. Kitchen said the plane wasn’t losing fuel, and the mechanics told him today it’s looking like an instrument malfunction was the cause of the plane’s issues.

Due to the lack of an available baggage loader at the St. George Airport, luggage from the flight could not be loaded onto the new airplane and had to be left behind in St. George, according to the press release from Allegiant Airlines.

A van loaded up the luggage Tuesday morning so the baggage could be taken to Las Vegas, Kitchen said. The luggage was scheduled to be delivered to McCarran International Airport in Las Vegas Tuesday afternoon, the press release said.

“We apologized for them having to come in and experience what they did, but it was kind of a ‘welcome to St. George,’” Kitchen joked.

“The airport operations staff along with SkyWest worked together and coordinated a stay for these people and made them comfortable until they were able to get back on the flight,” he added. 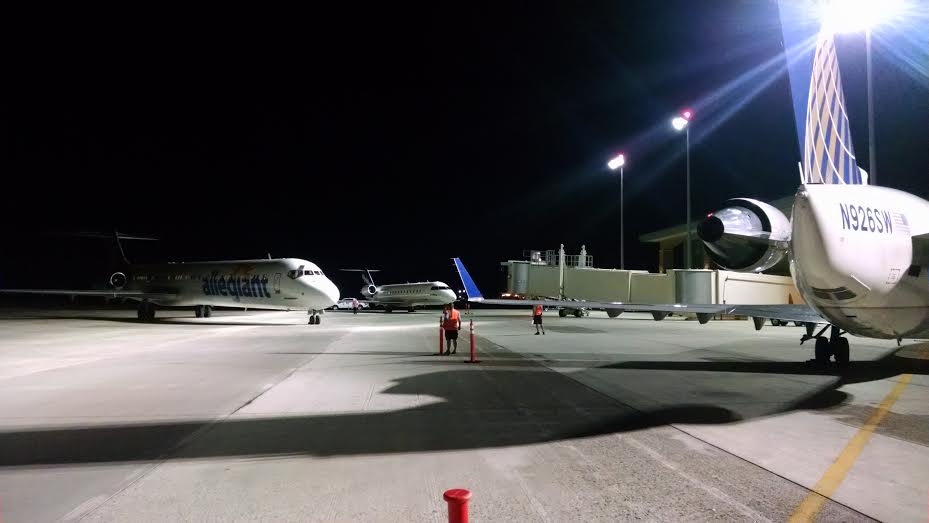 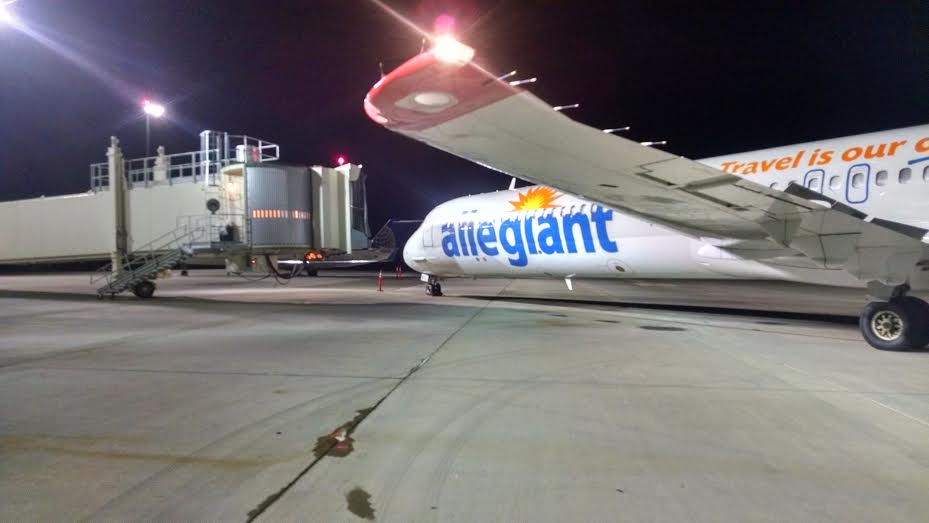 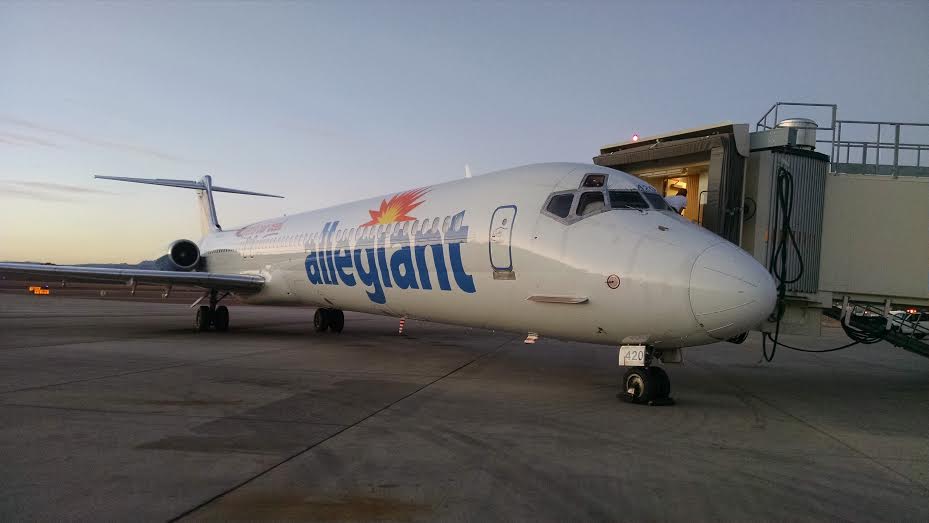 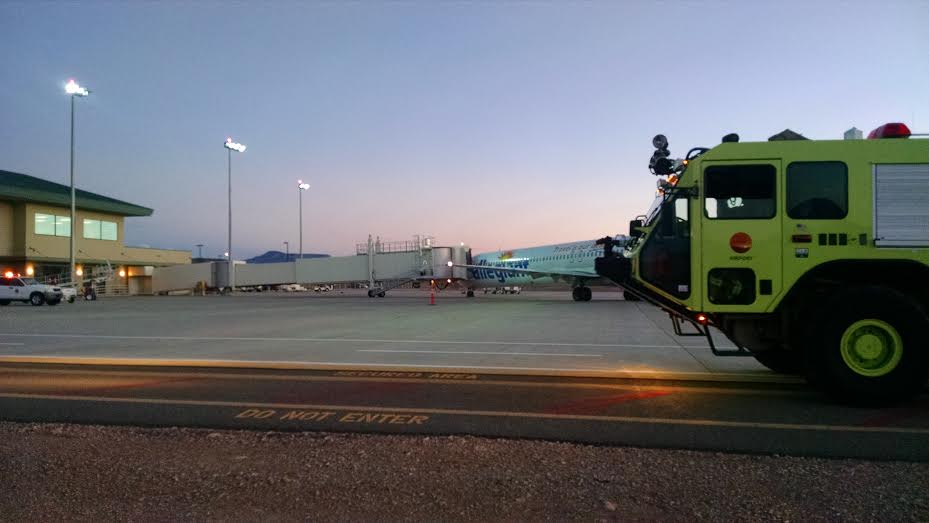 Cami Cox Jim got her start in journalism way back in third grade, when she published a crayon-and-pencil classroom newspaper in Mrs. Gifford’s class. She’s been a professional journalist (the kind that gets paid) since 2005. Cami and her husband don’t have any “real” children yet, so for now Cami takes in stray animals, unofficially adopts other people’s kids and maintains high hopes for her own children (of the two-legged variety) to come along in the future.