SANDY — Flyer head coach Burt Myers, who watched junior Tyler Bennett and the Dixie basketball team lose to Pine View in the 3A basketball championship game earlier this year, had a feeling Bennett would come up big in Saturday’s 3A soccer title match. Bennett didn’t disappoint as he found the net twice to help Dixie blank Pine View 3-0 Saturday at Rio Tinto Stadium. The win gives the Flyers their third boys state soccer title in the last four years.

“Tyler plays for everybody at Dixie High School,” Myers said. “And he just gets stronger and better as the season progresses. He makes up his mind to do something and does it.”

As a neck-in-neck first half was coming to a close, Dixie exploded with two goals. First, Bennett started off the scoring for the Flyers, receiving an assist from teammate Jose Garcia and crossing over the keeper to find the left side of the net (32’). Shortly thereafter, Pine View won a free kick near the box. Dixie cleared it and Pine View attempted to spread the field with a back-pass. Dixie’s pressing defense forced a miscue and Av’ry Green jumped the lazy pass at midfield and set teammate Jose Morales up with a one-on-one with the Panther keeper. Morales juked the goalie and tapped it in to put Dixie up 2-0 (34’).

“The keeper just came out and I faked him out a little bit,” Morales said. “I just shot it. I saw him come up and then back and then up again and that’s when I got him. I got him pretty good.”

Dixie wasted no time coming out of the halftime break. Bennett brought down a bouncing cross, drew the keeper out and chipped it beyond his grasp to put Dixie up 3-0. From there, the Flyers cruised behind solid defense and brilliant keeper play by Ethan Poulton, who even denied a penalty kick late in the game.

“We knew we were going to have to play Pine View tough,” Bennett said. “We had motivation having lost to them in region and this is definitely a lot better feeling (to beat Pine View), I did not want to lose again like in basketball and it’s a great feeling having won today.”

Poulton, who blocked the penalty and had three other saves recorded his sixth shutout of the year. He said his back line of defenders has set him up for success all year.

“I would argue to anyone that my defense is the best in the state,” Poulton said. “And they did a lot for me and I would not be anywhere near where I am today without them. I was trying to be really vocal and I kept telling them to stay disciplined and it could have been 3-2 or 3-1 but 3-nil really says a lot about our team and our defensive effort.”

Myers, who has built a powerhouse soccer dynasty at Dixie and led his squad to its third 3A title in four years, says the feeling of success in teaching his kids about life and soccer never gets old.

“It feels great,” Myers said. “It’s so cold that I still can’t feel the warmth of it yet, but it feels awesome every time. You see these kids and their so excited and their getting their picture taken and it doesn’t get any better than that. You can’t go wrong when you got the big rock.”

Dixie finishes the 2015 campaign 15-3-3 and are the 3A State Boys Soccer Champions for the second year in a row. Pine View finishes second overall in 3A and finishes with a record of 12-8-1. 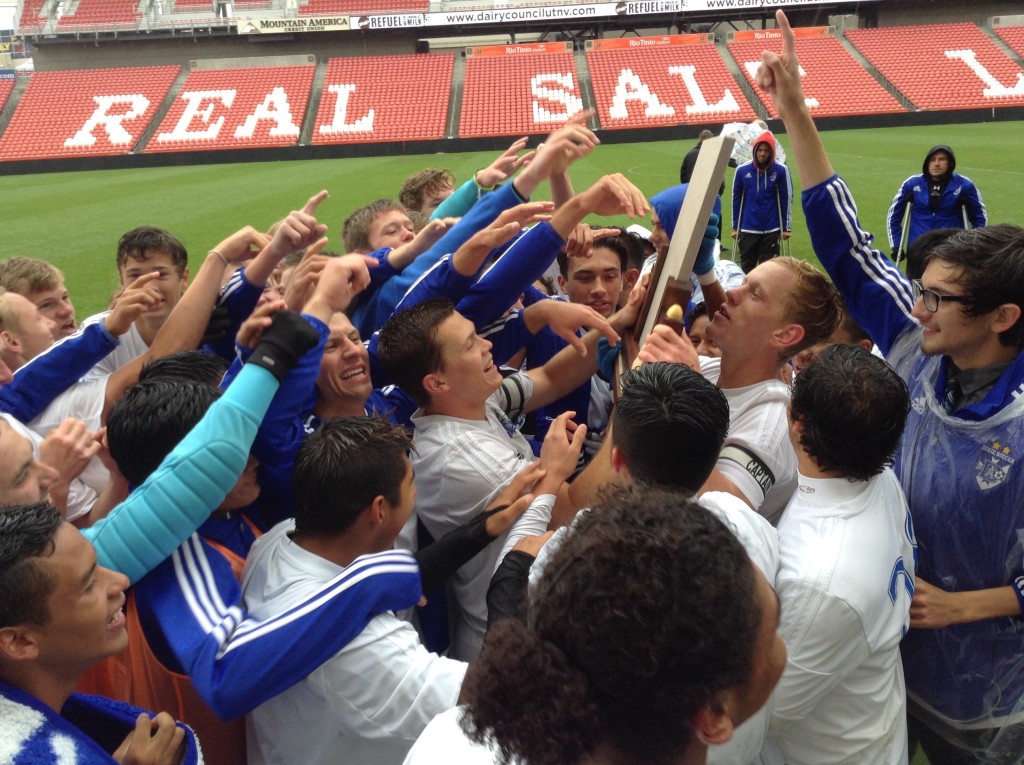 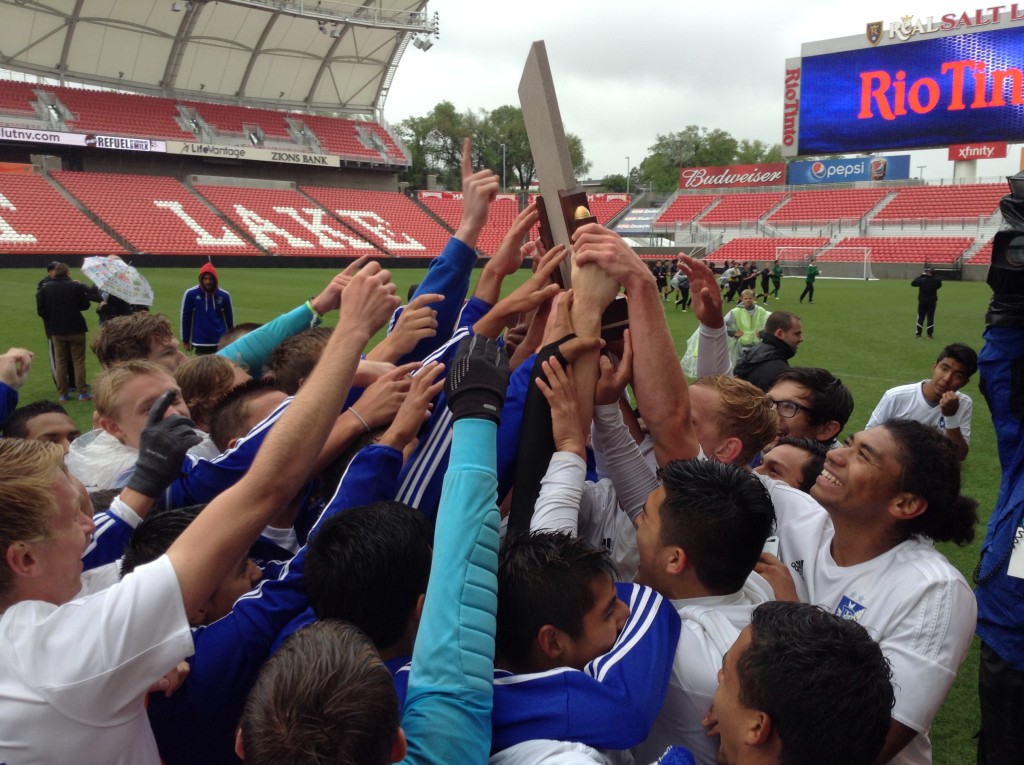