SOUTHERN UTAH – In February, a team of six intrepid cyclists collectively known as Keys to Freeze set off on an epic journey from Key West, Florida, to Deadhorse, Alaska; it is a 9,000-mile trip from the southernmost point in the United States to the northernmost point reachable by roads – and they passed through St. George en route to their destination.

The group has teamed up with the National Parks Conservation Association with a goal of helping to preserve America’s natural beauty by raising awareness and funds for the association. They are documenting and filming the trip – with the eventual goal of creating a documentary film and novel – and telling their story via social media along the way.

Keys to Freeze has recently been rolling across Southern Utah, stopping at the national parks, where they have been sightseeing, pie eating, cycling and crusading for their cause. The St. George News team caught up with them during their St. George stop Thursday to learn more about these dedicated cyclists, storytellers, artists and conservationists.

The six member group comprised of Tyler Deming, Reese Wells, Brady Lawrence, George Eklund, Rachel Burns and Megan Healy all come from different walks of life, group member Lawrence said, but they share a common experience with a previous endurance bike ride from the nation’s east to west coast during which they helped affordable housing groups across the country.

“I think everybody just wanted to do something different,” Lawrence said of Keys to Freeze, “they were itching to take on a bigger adventure … and everybody just kind of found us.”

The trip is unsupported by a chase car or vehicle of any kind, which, as Wells said, has turned out to be more expensive than they thought it might be.

“Apparently this isn’t the cheapest thing that we have ever done,” Wells said.

Their goal is to spend $100 or less a day on the journey. To accomplish that goal they have often had to rely on donations and the charity of strangers. Kindness, they said, that has been in no short supply.

In Utah alone, the group met a kindred spirit and cyclist who insisted on taking them to lunch in Hurricane, Deming said, and when one group member fell ill, a St. George resident offered a ride into town. The group has also had their hotel stays paid for and made many friends and followers along the way.

“That’s kind of the beauty of bike tours,” Deming said. “Not only do you get to see these amazing places but you also get to meet the incredible people who make up our country.”

Money that is not spent on their trip will be donated to their fundraising efforts, Wells said.

During the Utah leg of their trip the group was able to visit Canyonlands, Capitol Reef, Bryce Canyon and Zion national parks.

Utah has really been amazing, the national parks in Utah have been just one after another totally awe-inspiring … they all kind of share the high canyon walls, it makes you feel really small. But yeah, they are all kind of beautiful in their own unique way too.

For their part, the Keys to Freeze group will be leaving Utah a better place as they move northward. While staying in Zion National Park the group got together with the park volunteer coordinator and participated in graffiti and trash removal on some of the park’s more popular trails.

The 9,000-mile journey is set to take Keys to Freeze five-and-a-half months to complete and will see them going through 122 different cities and towns. 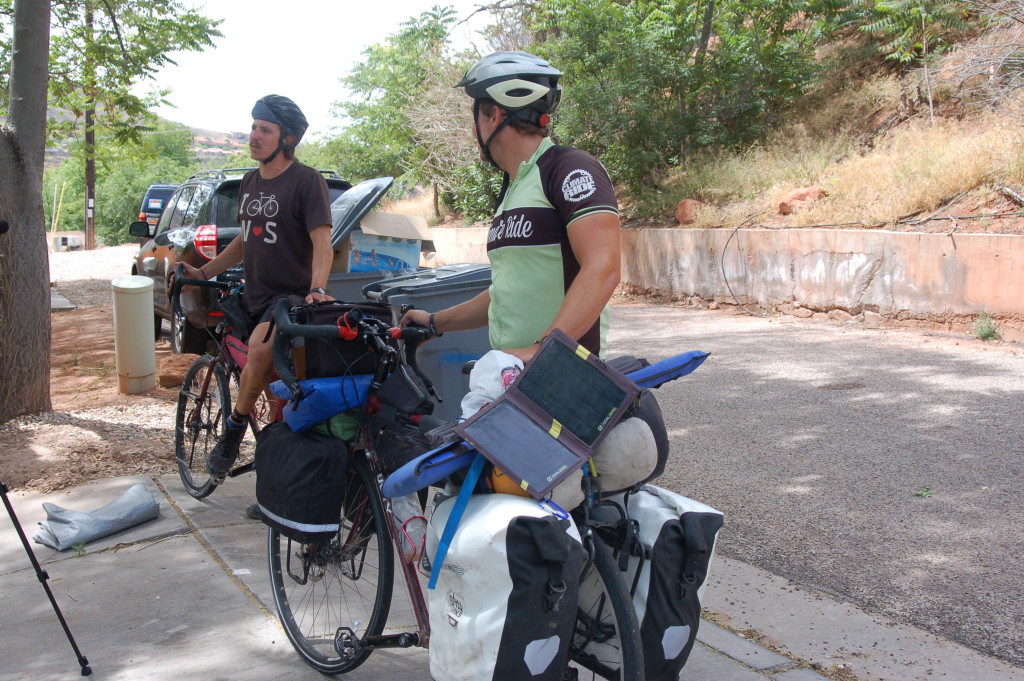 L-R Reese Wells and Tyler Deming show off the gear on their bikes used during their 9,000-mile journey from Florida to Alaska. The two are pictured on their stop in St. George, Utah, April 30, 2015 | Photo by Hollie Reina, St. George News 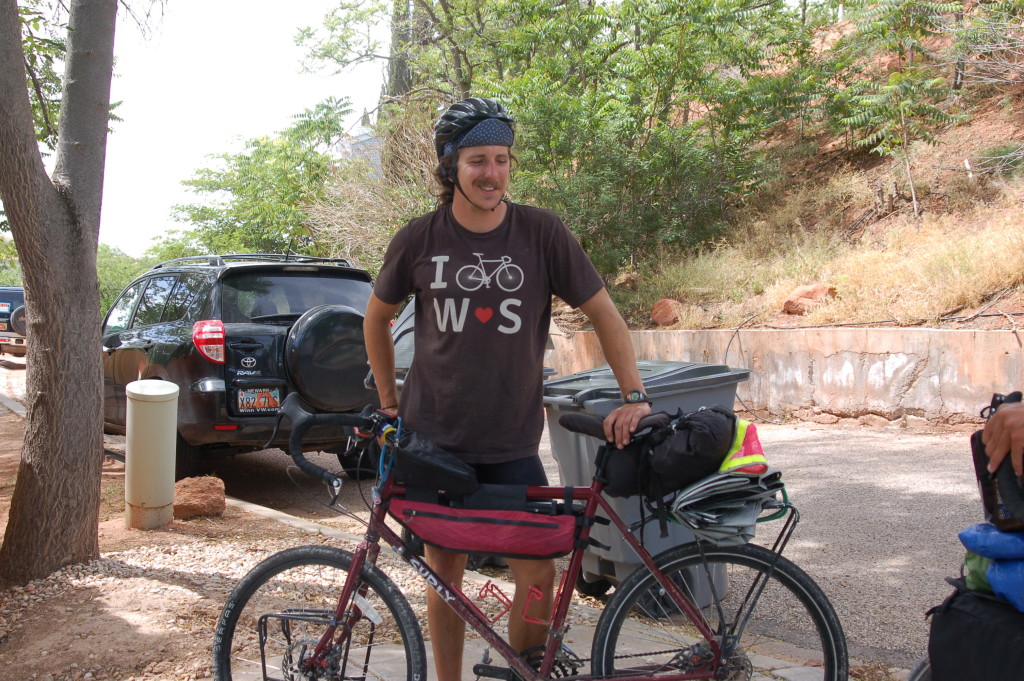 Reese Wells of Keys to Freeze poses with his bike during a stop in St. George, Utah, April 30, 2015 | Photo by Hollie Reina, St. George News 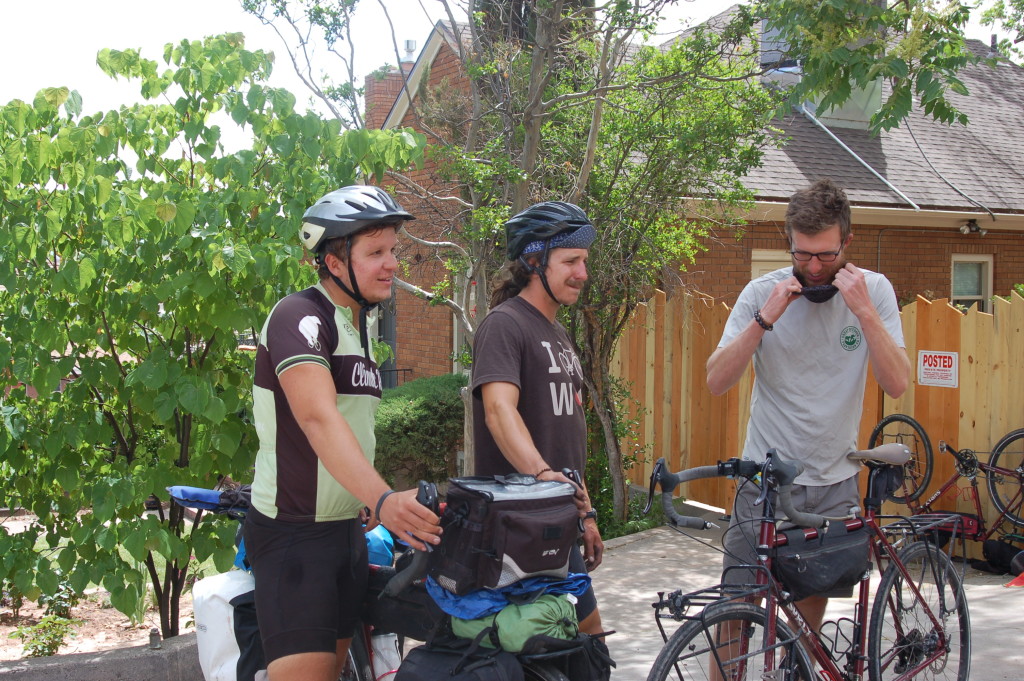 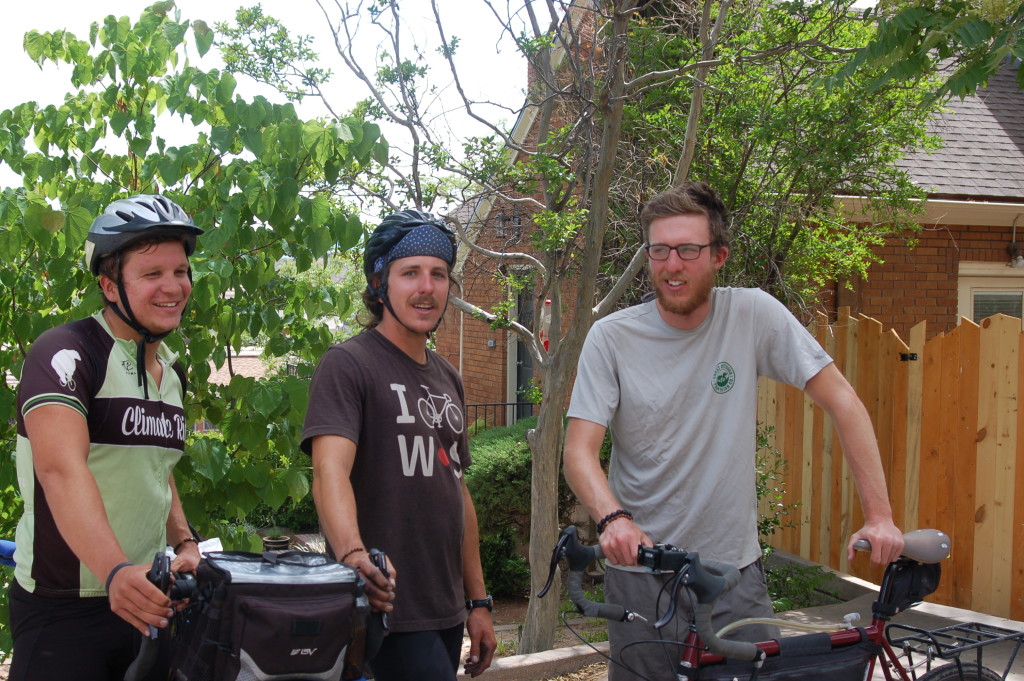 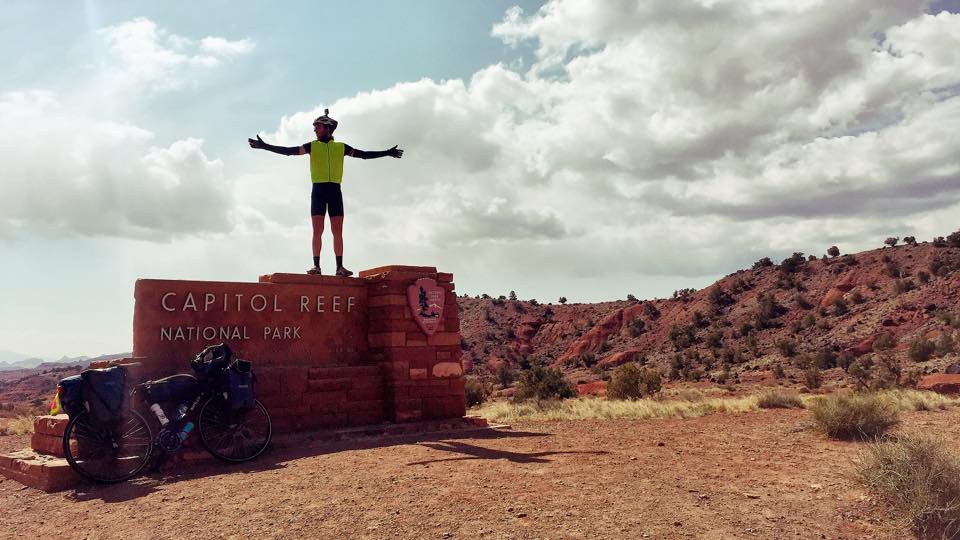 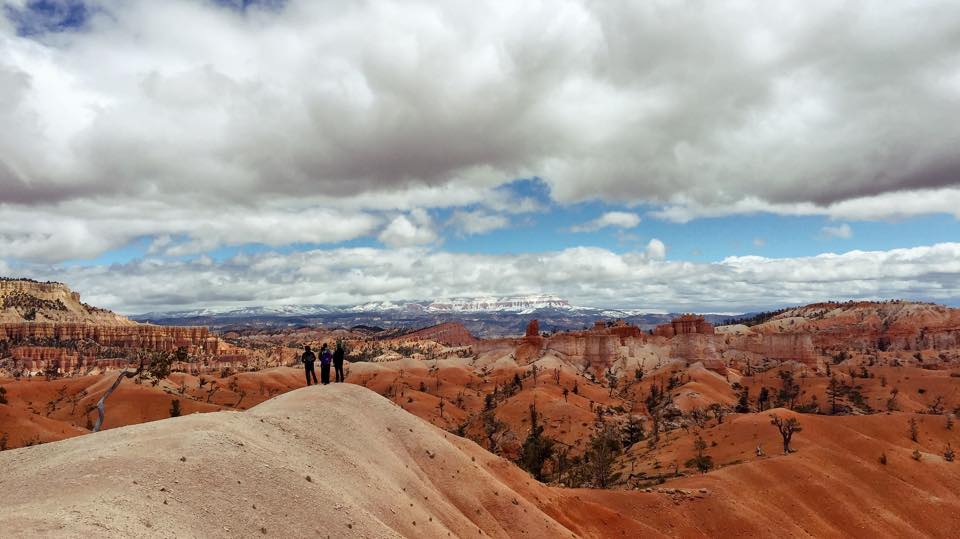 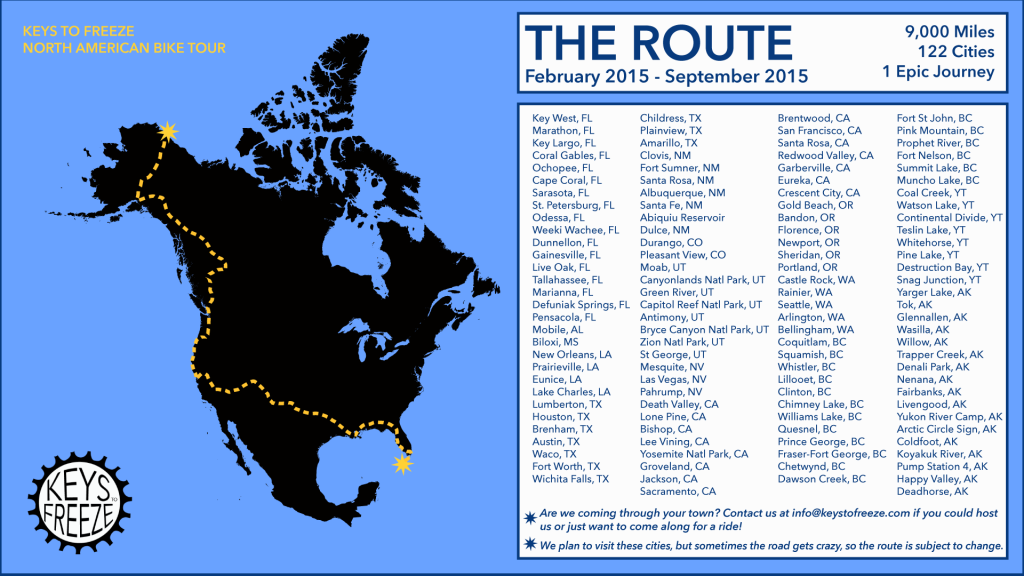