ST. GEORGE — A two-vehicle collision on Tabernacle Street in St. George Monday resulted in one person transported to the hospital and slowed traffic for 45 minutes.

Just before 5 p.m., a northbound red Toyota SUV ran a stop sign at the 200 East and Tabernacle Street intersection, St. George Police Officer Jace Hutchings said. The red Toyota collided with a white Lexus that had come to a stop at the four-way stop sign.

The impact of the collision spun the white Lexus around and it ended up partially on the sidewalk. The SUV traveled about 30-40 yards up the road before it came to a stop.

The driver of the Lexus, Ellen Plante, of St. George, said she had stopped at the stop sign.

“He came out of nowhere,” Plante said. “I had just started. I was almost at a standstill when they hit me at what seemed like 50 mph.”

Hutchings seemed to agree with Plante’s version of events and said:

There was a witness on the other side of the road that saw her stop as well. The driver of the SUV is saying that he stopped at the stop sign, but the impact of the vehicle, the damages, how the Lexus flipped around, and his vehicle being 30 to 40 yards up the road — it’s pretty hard to believe that he came to a stop.

Plante showed the setting of her solitaire diamond ring which, after the collision, had only the prongs sticking up. The force of the crash was so powerful, it knocked the diamond out of the ring setting. Fortunately, the diamond was found on the floor of her car after a frantic search.

A passenger in the red Toyota was taken by ambulance to Dixie Regional Medical Center in St. George with neck injuries while the driver of the Toyota was uninjured. Plante had a wrist and a knee injury but refused transport to the hospital.

All parties were wearing seat belts, and air bags in both vehicles deployed.

The driver of the red Toyota was cited for failure to stop at a stop sign, Hutchings said. 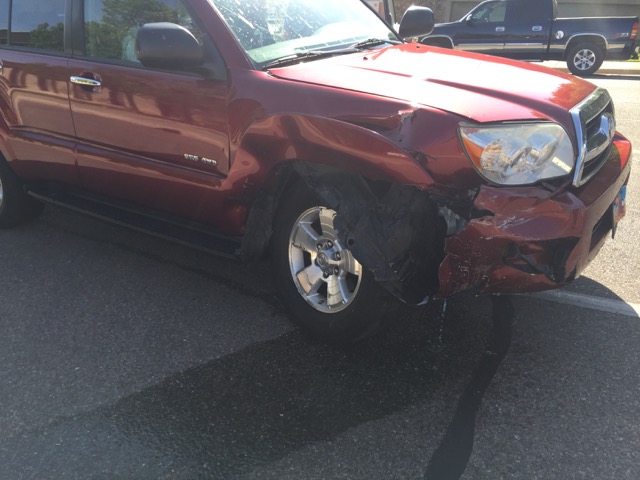 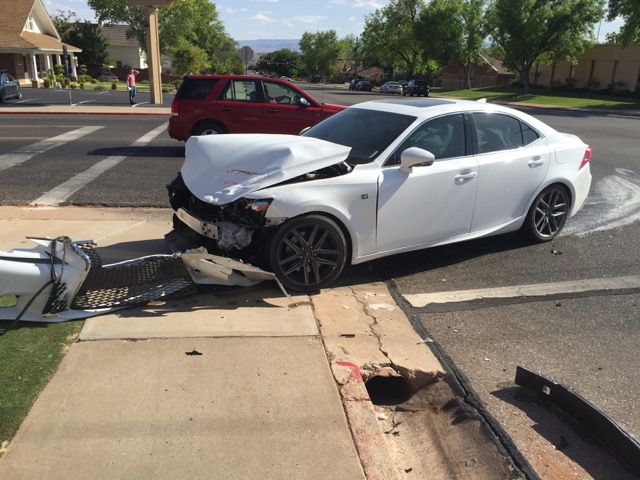 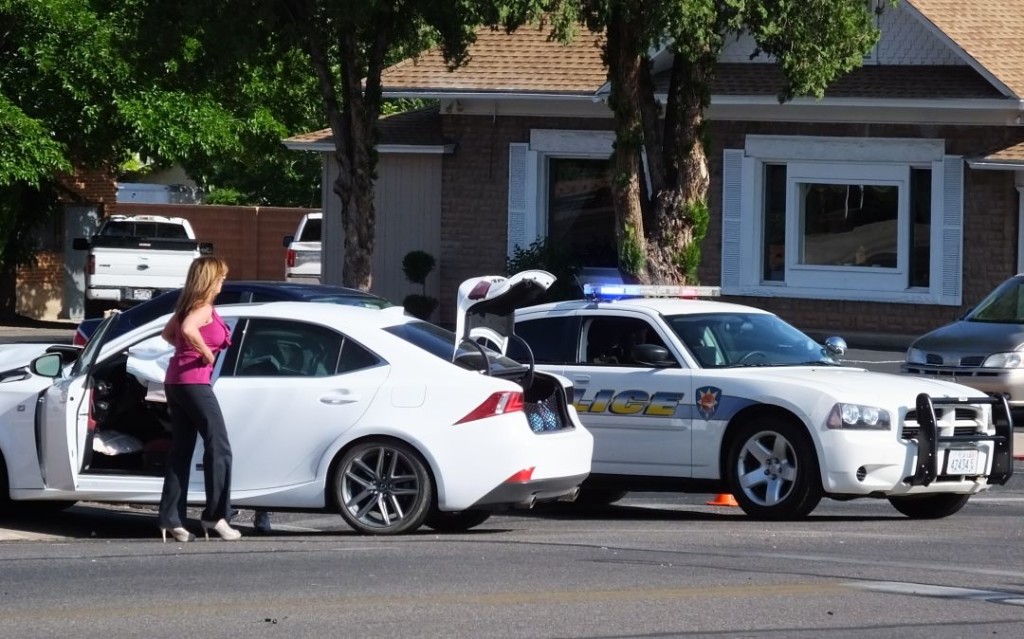 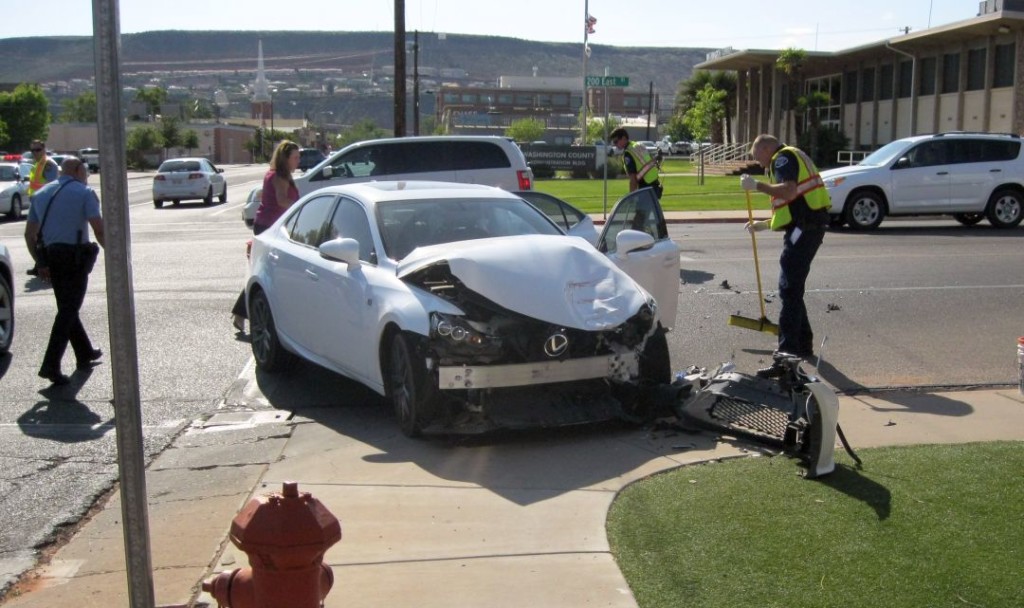