ST. GEORGE — Spring has officially sprung in Southern Utah. To celebrate the season as well as the upcoming Easter holiday, Staheli Family Farm hosted its fourth annual “Spring into Easter” event which featured egg hunts, a visit from the Easter Bunny, fluffy baby animals and many other fun farm activities.

“Spring is fun this time of year on the farm because we have new baby animals and the weather is beautiful,” self-proclaimed director of fun and Staheli Family Farm co-owner Sherrie Reeder said.

Children brought their own baskets and bags and, after a countdown by the Easter Bunny, were released to gather eggs which they turned in for a goody bag filled with candy and toys.

All of the farm’s activities from the petting zoo to the “cow train” were open to participants of the event and families and friends could be seen petting pigs, mining for gemstones, navigating a pirate maze and pausing for photos with a giant, festive rabbit.

This year marks the fourth year of the farm’s spring event, Reeder said, adding that this year was its largest crowd.

Staheli Family Farm is working toward becoming a farm for all seasons, Reeder said, with activities and events designed for each season – the farm’s biggest event, the corn maze, happens in the fall. 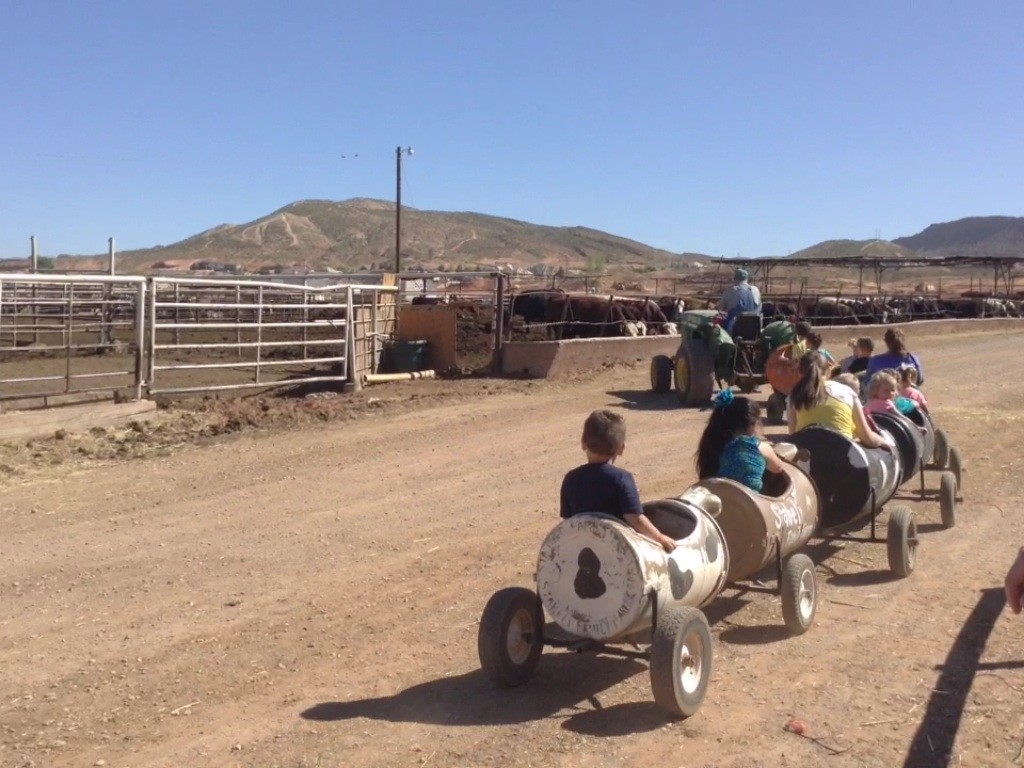 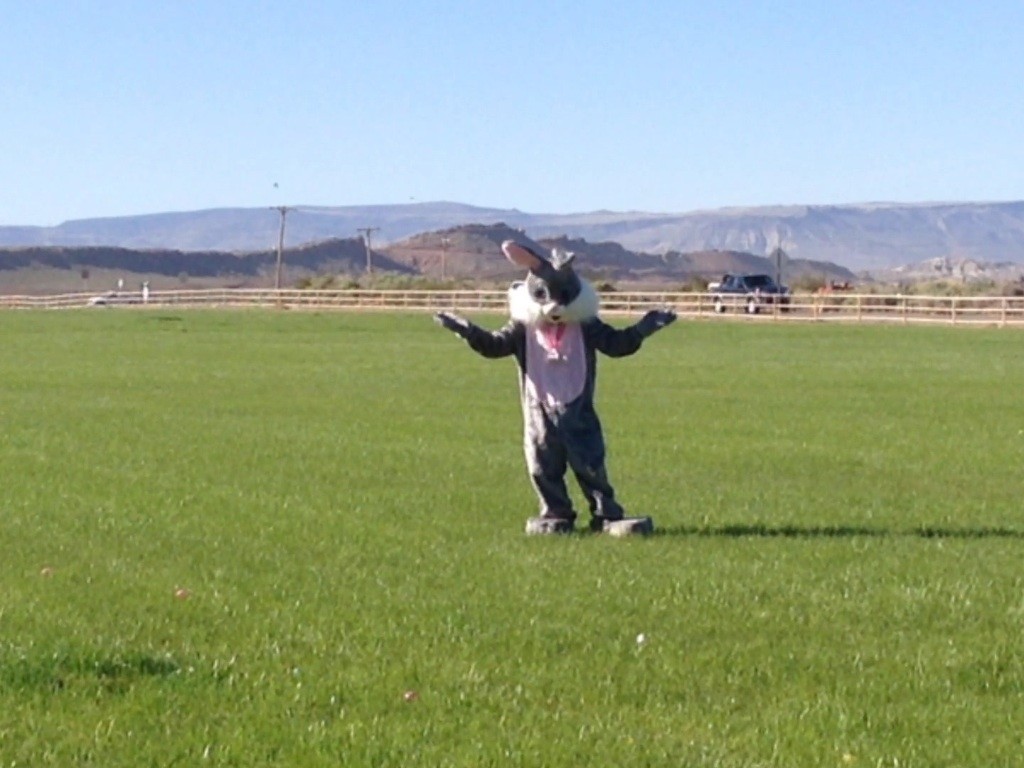 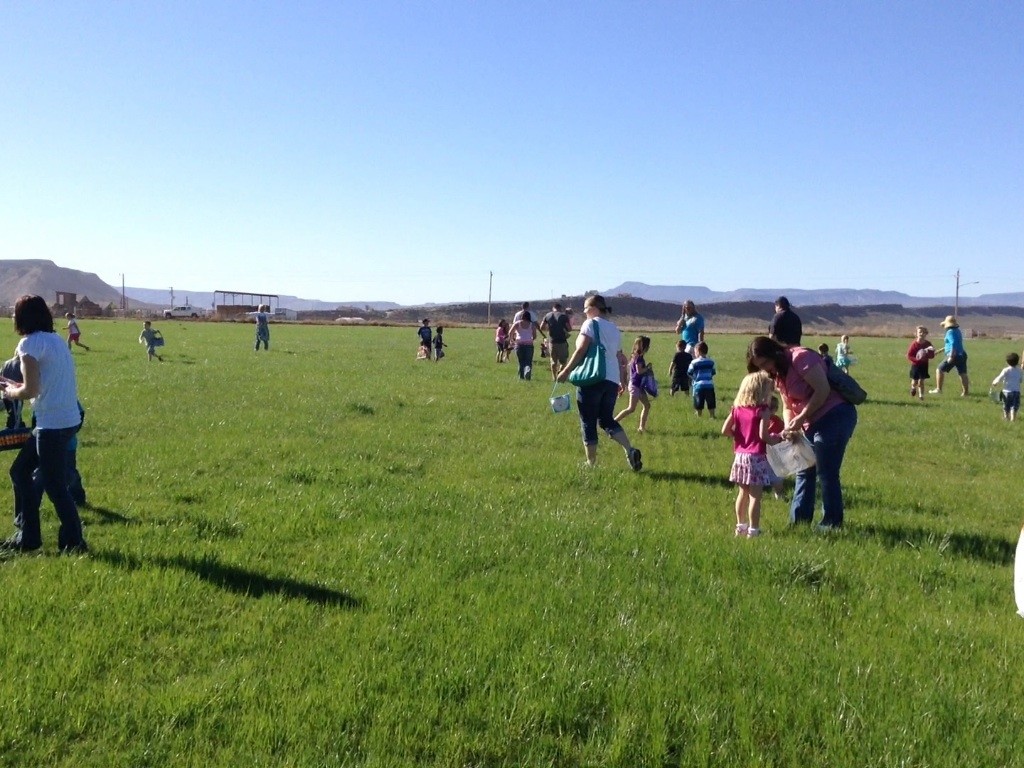 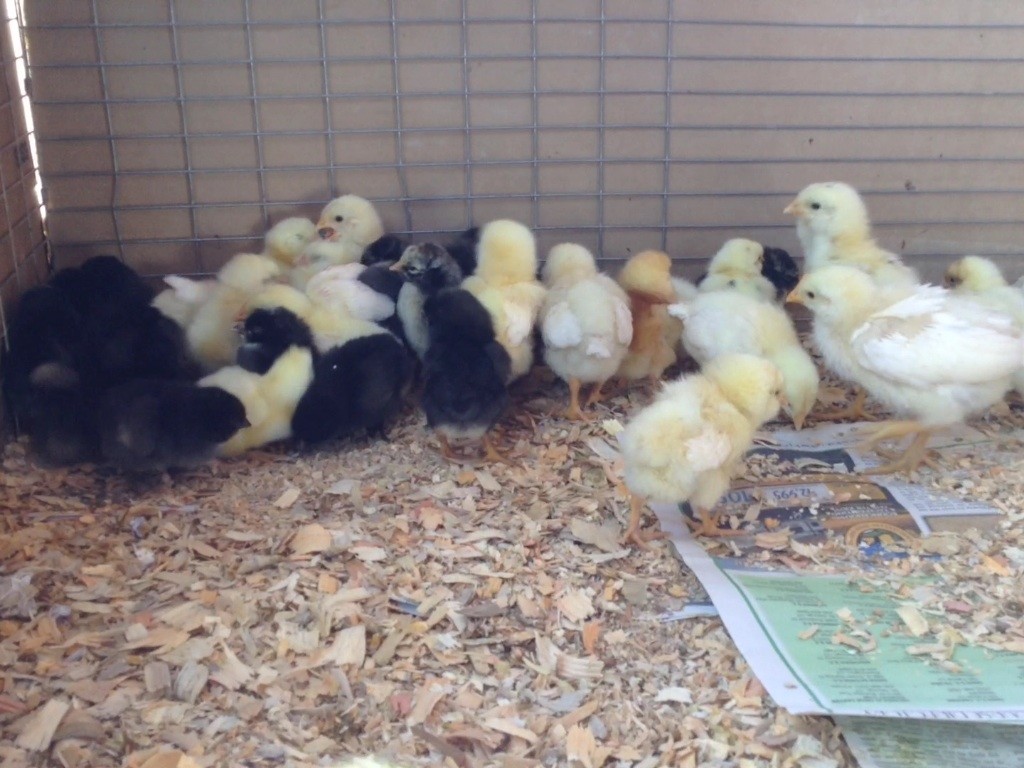 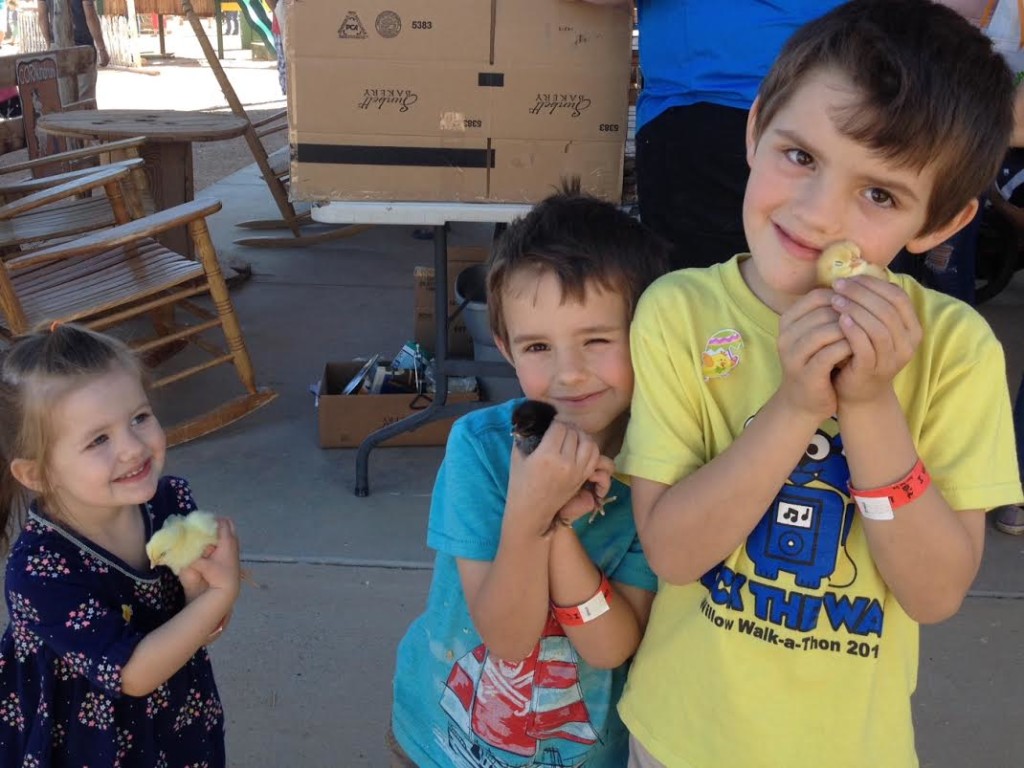