ST. GEORGE – Large bags of ice were ripped open and dumped into the St. George City Pool to prepare for the many who came to dive into the chilled water for the third annual “Polar Plunge for Special Olympics Utah.”  See video top of this report.

First, the funding allows athletes to compete in regional and state competitions.

Second, funding is applied through a program called Healthy Athletes. It pays for doctors to examine the athletes and determine if they need any special gear to be able to complete in the games. This could include items such as special footwear or glasses.

“It improves their lifestyles and livelihoods,” Needles said.

Some the officers and deputies and others were dressed for the occasion in shorts and T-shirts, while others, like Needles, dove into the pool in uniform. Members of the St. George Police SWAT team hopped in wearing green.

“It’s a great cause: the Special Olympics, how would it be any better than that?” St. George Mayor Jon Pike said prior to diving into the chilled water.

Before launching off the diving board, Pike said it was a really nice day in St. George, and the plungers were much luckier with the mild weather than back East where snow blankets places like Boston and New York City.

Others to plunge included Washington Country Sheriff Cory Pulsipher, followed by a rare appearance of Bigfoot.

In addition to money raised through law enforcement and individual plungers, the Polar Plunge has many corporate sponsors. Among the biggest is Wal-Mart, which had teams from its Bloomington, Washington and Hurricane locations, as well as the distribution center.

“It was really cold,” said Kaye Keene, who was a part of the Wal-Mart Distribution Center team, “I had my fellow manager push me in.”

Keene said it was an honor to be able to help raise funds for Special Olympics Utah. Wal-Mart has a program called “Volunteerism Always Pays,” Keene said, which will enable the team to give up to $5,000 to the cause.

About three-to-four Special Olympics Utah’s South Area teams also participated in the plunge. Among them was the Hothead team.

Penny Freeman has worked with the team, though she recently retired from actively working with the them. “It’s been a wonderful experience,” she said.

According to the 2015 Polar Plunge webpage, online donations closed at $3,415. Money gathered at the Polar Plunge was still being counted at the end of the event, Needles said, and they most likely raised at least $15,000.

For KCSG and St. George News, Melissa Anderson contributed the videocast attached to this report. 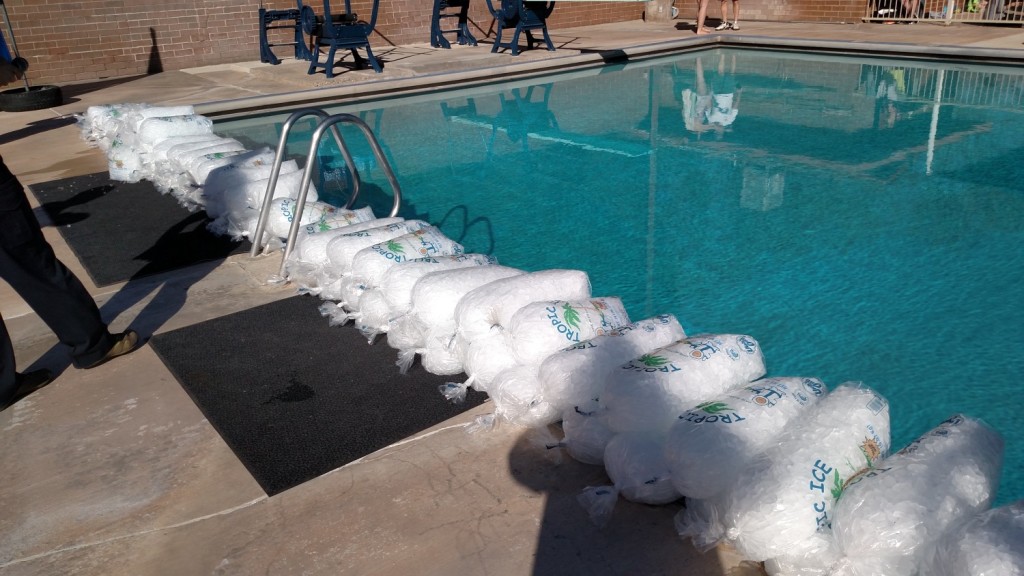 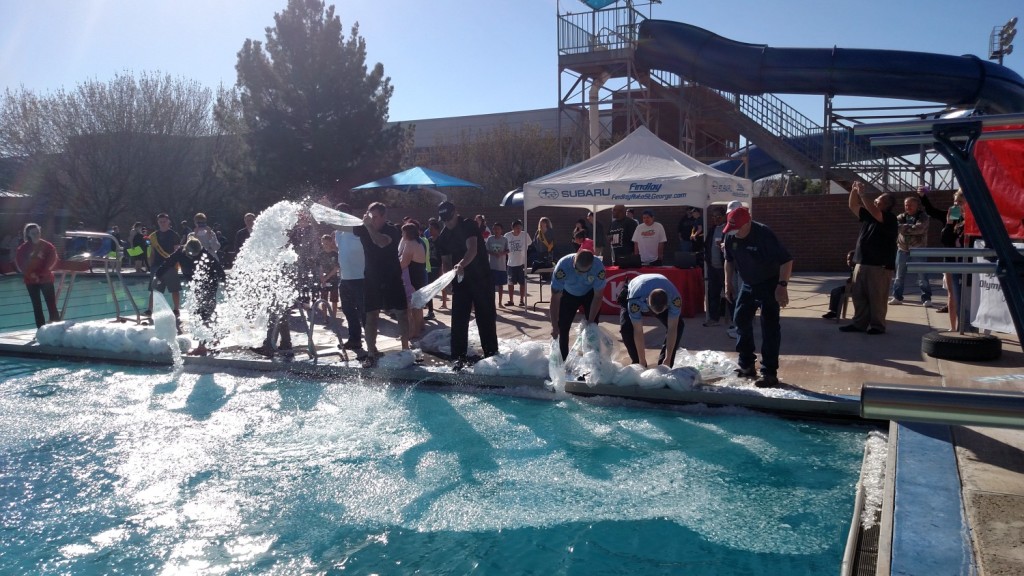 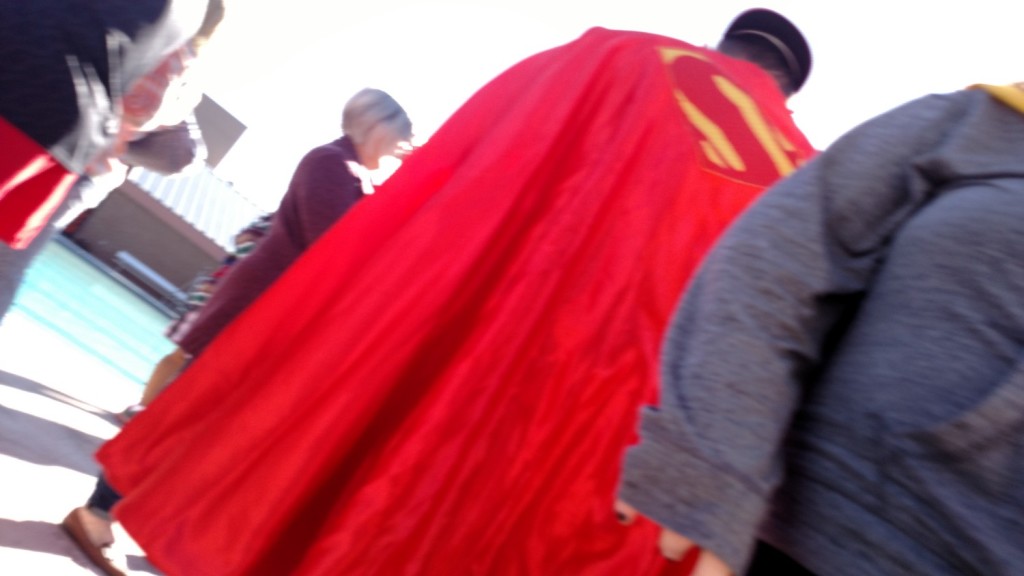 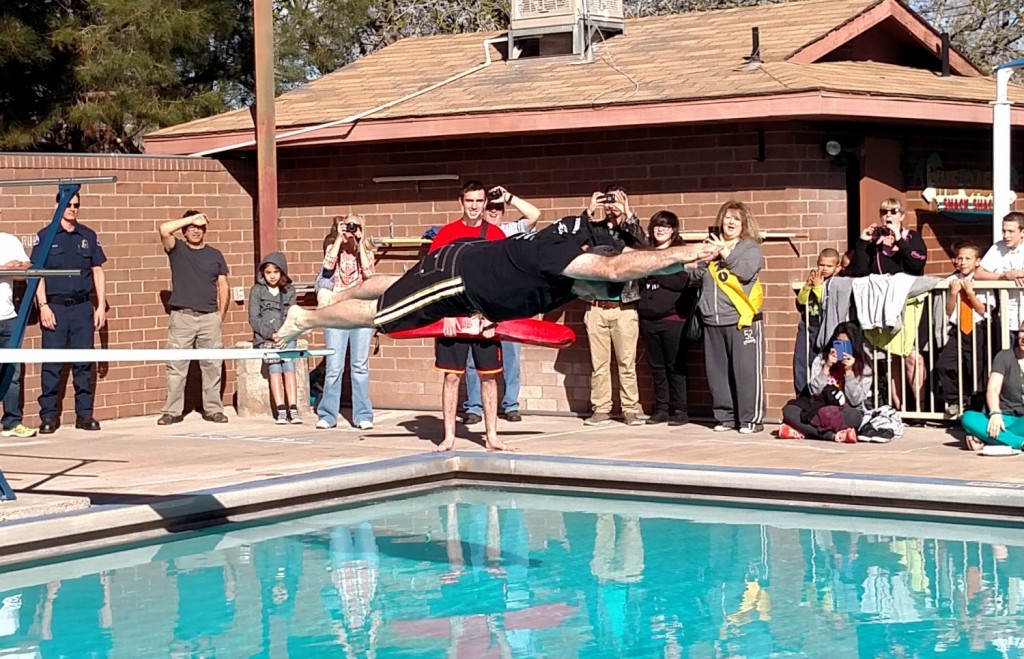 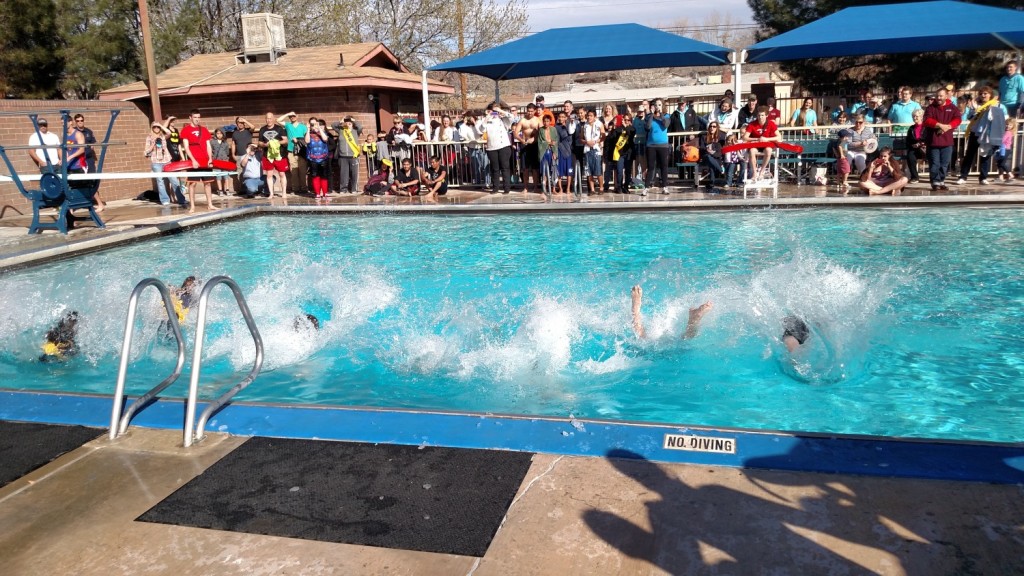 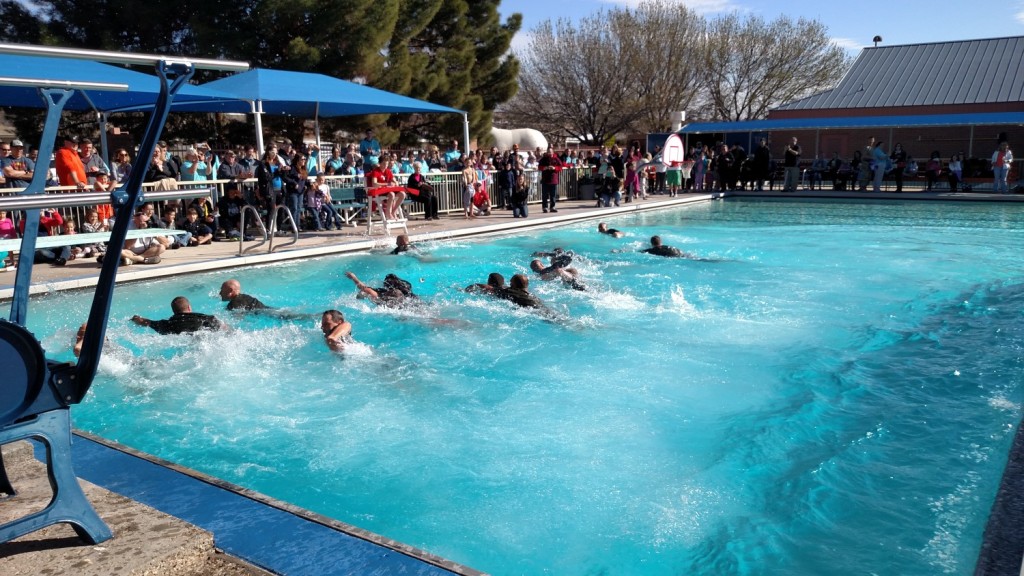 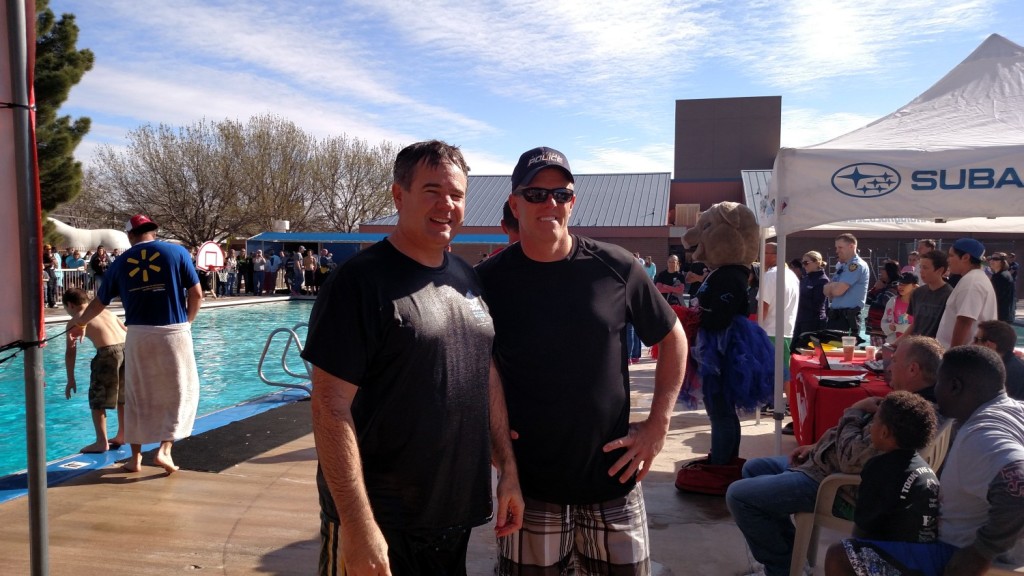 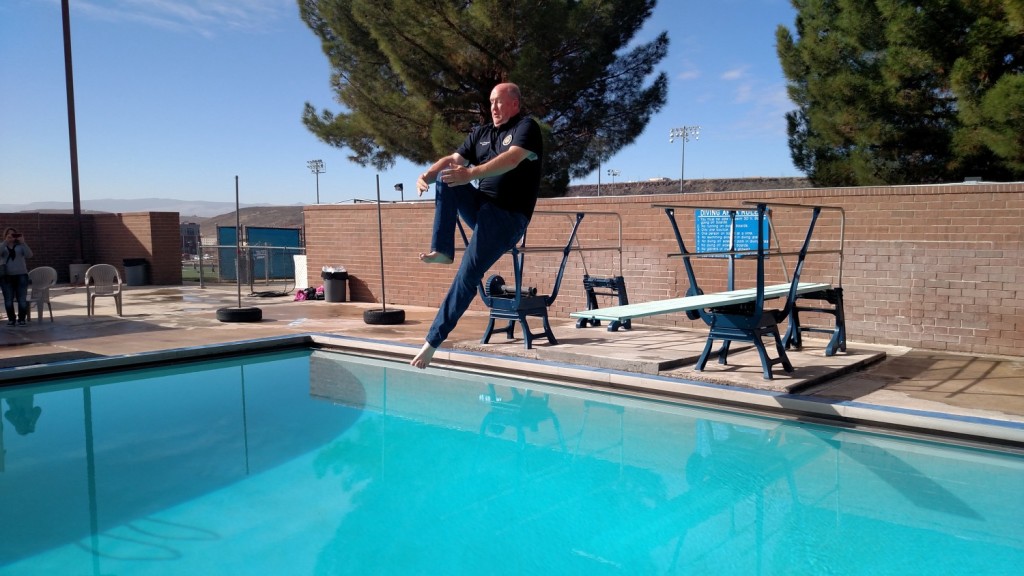 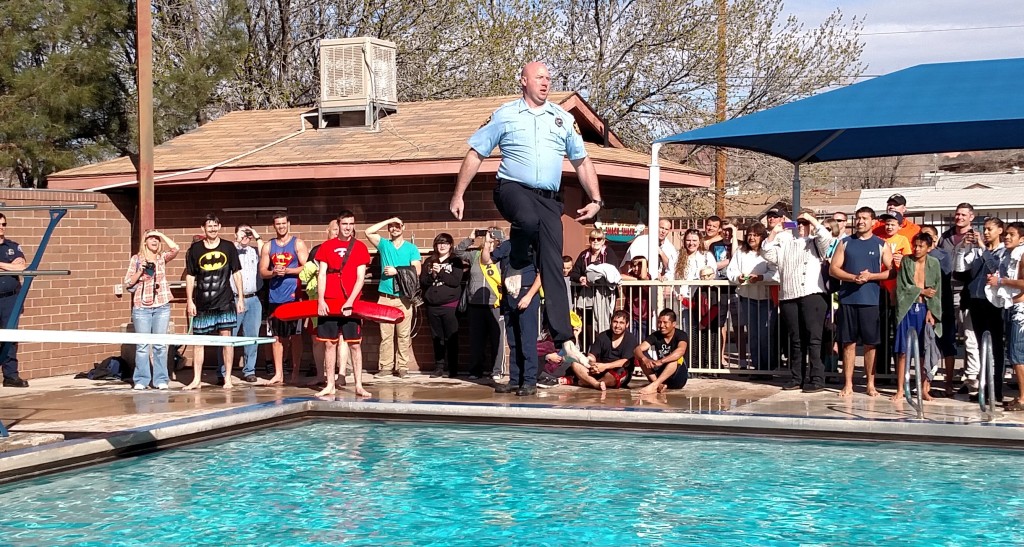 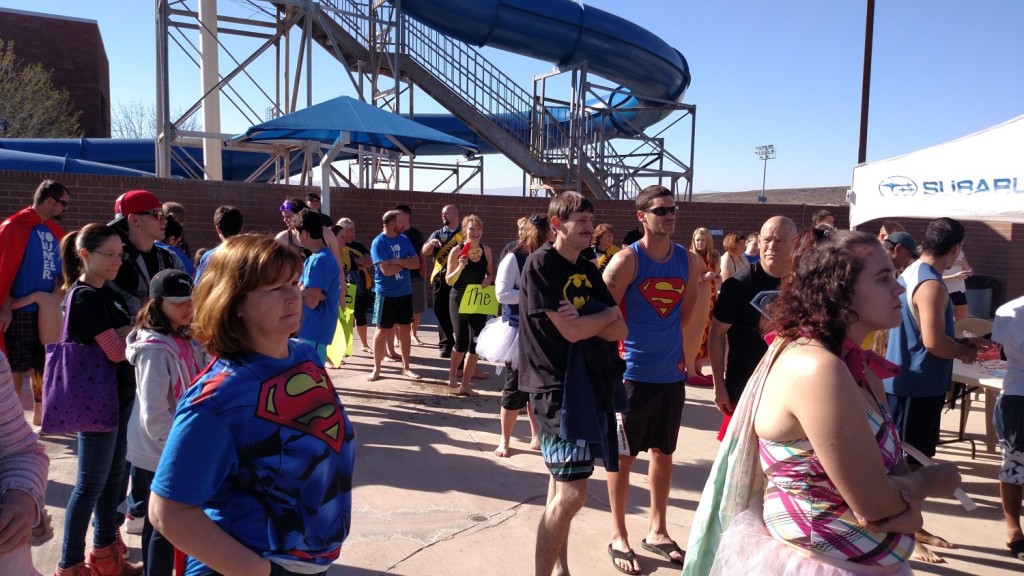 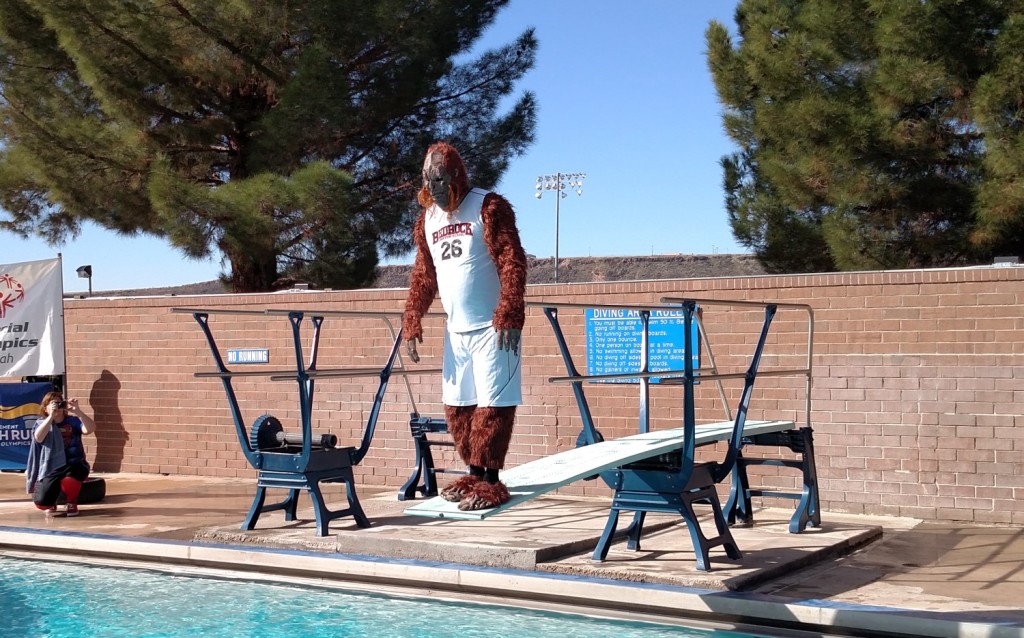 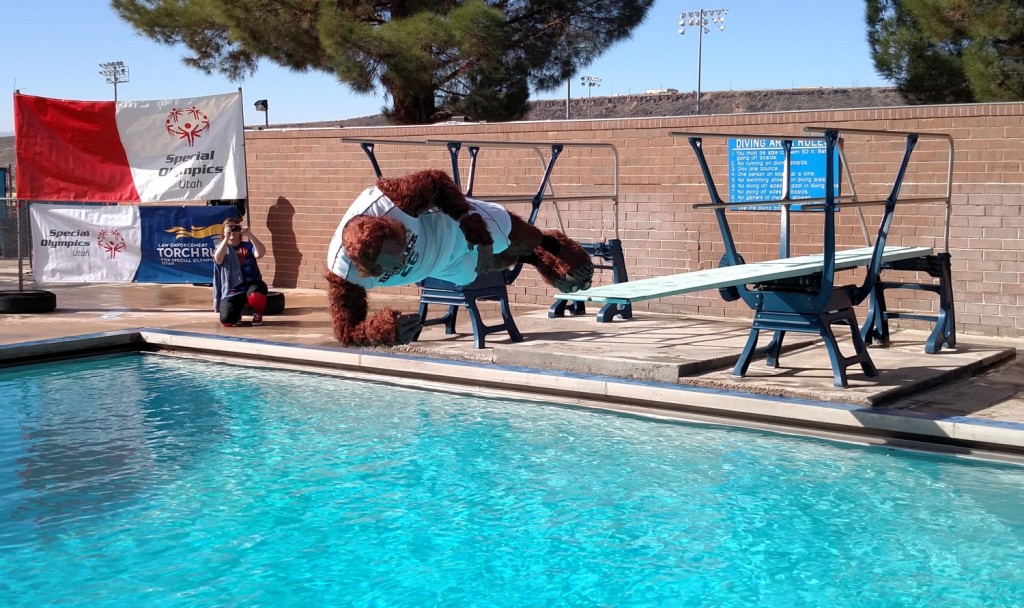 After inspecting his surroundings, Bigfoot barrel-rolled off of the diving board, St. George, Utah, Feb. 21, 2015 | Photo by Mori Kessler, St. George News 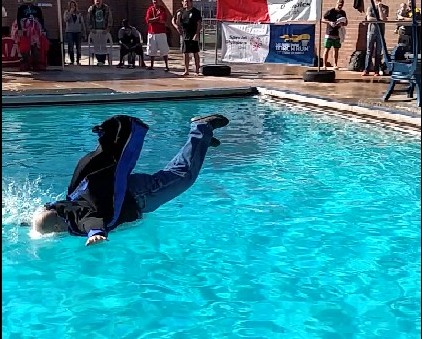