WASHINGTON CITY – The driver of a Chevrolet Impala was cited for failure to yield Friday after mistiming a left-hand turn onto Telegraph Street and pulled in front of a Purple Dodge SUV, T-boning the Dodge SUV. (Corrected – sourcing error, see ed. note below.)

The driver of the Impala was attempting to pull out of the Telegraph Marketplace parking lot when the collision occurred.

“I was the driver of the SUV,” Chad Strong wrote in an email to St. George News Saturday. “My family and I were heading west on Telegraph. The Impala pulled out into us.”

The Washington City Police Department responded to the scene of the collision at 3:11 p.m. Officers met with the drivers of both vehicles in the Telegraph Marketplace parking lot to sort out the details of the accident and to determine who had been at fault.

Neither driver was injured as a result of the accident.

The Impala sustained front-end damage, while one side of the SUV was damaged in the collision. Both vehicles had to be towed from the scene.

Already heavy traffic in and out of the shopping center was backed up as the scene was cleared.

Ed. note re corrections: On challenge by St. George News readers, reconfirmation of the details of this report was sought from Washington City Police spokesman Ed Kantor Saturday morning. An email from the driver of the SUV was also received clarifying the occurrence and his statement has been added.

Kantor corrected the information to indicate the Impala made the left-hand turn causing the Dodge SUV to T-bone it.

“With some of these minor accidents the police report doesn’t get done until later,” Kantor said, “and I just got the info mixed up when I gave it to you.” 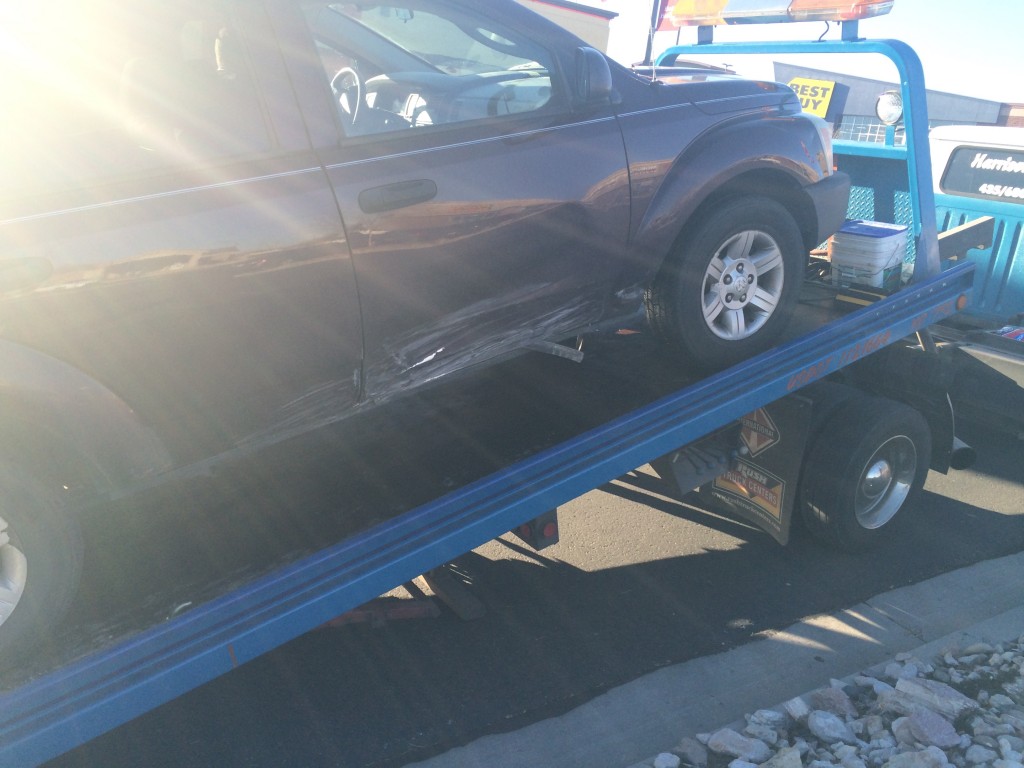 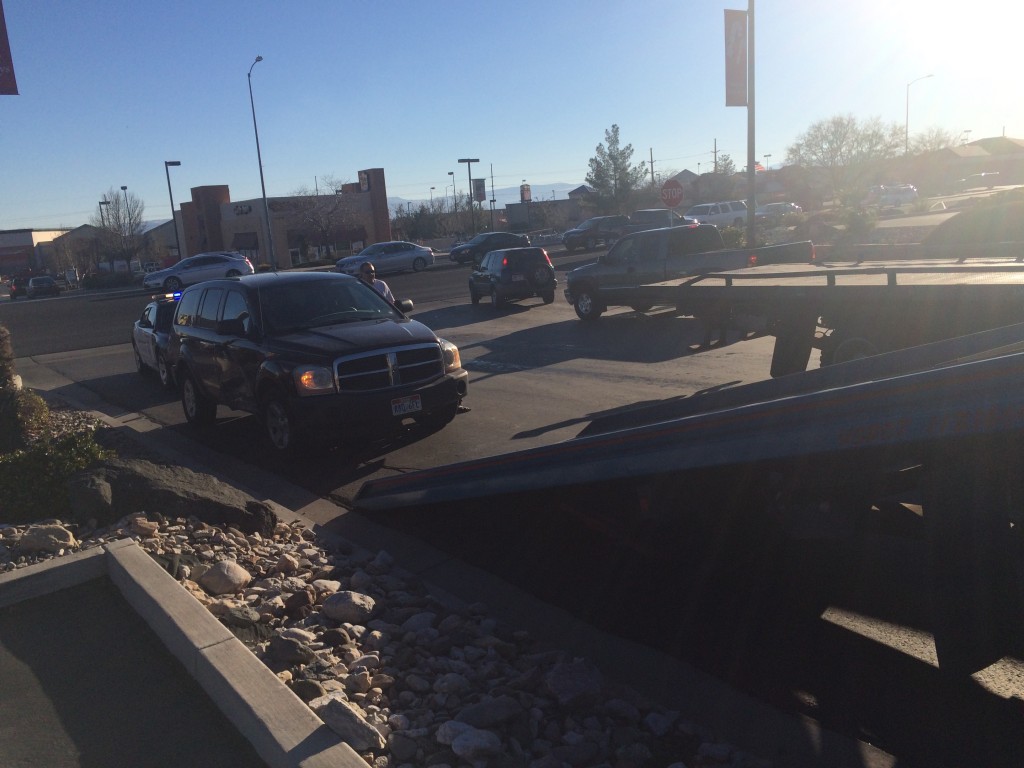 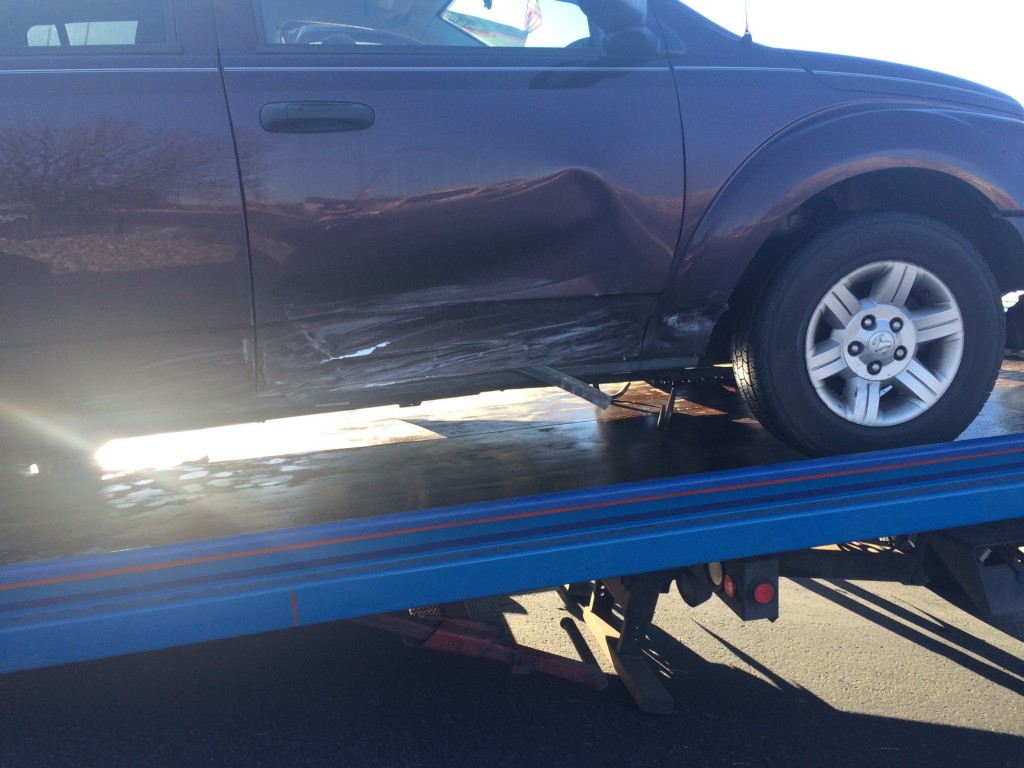 Brett Brostrom has lived in St. George for 12 years. He has played guitar for 11 years and loves music. He enjoys spending time with his wife, participating in sports, and training with his German shepherd. He is currently studying mass communication at Dixie State University.