A Honda Civic sustains severe rear-end damage after a collision between it and three other cars on River Road, St. George, Utah, Dec. 22, 2014 | Photo by Holly Coombs, St. George News

ST. GEORGE — A four-car collision on River Road Monday evening was the result of a driver following too closely, becoming distracted and rear-ending another vehicle.

At 7:05 p.m., emergency responders were called to the scene of a collision which occurred at the 900 South and River Road intersection where four cars headed southbound on River Road were involved in an accident after a black Volkswagen Jetta rear-ended the car in front of it, St. George Police Sgt. Spencer Holmes said.

The 17-year-old man driving the Volkswagen was following closely behind a Honda Civic as it approached the intersection, when he became distracted by a “handheld communication device,” Holmes said. The driver then hit the Honda Civic, pushing it into a stopped a Honda Accord, which in turn hit a Toyota Camry, he said.

The driver of the Honda Civic driver transported herself to the hospital for bumps and bruises received in the incident. No other injuries were reported nor was anyone attended to by Gold Cross Ambulance which was at the scene.

The Volkswagen sustained severe front-end damage and the Honda Civic had severe rear-end damage, and both were towed from the scene. The Honda Accord and Toyota Camry had minimal to no damage, Holmes said, and were driven from the scene.

The driver of the Volkswagen was cited for following too close, and for a handheld communication device distraction, Holmes said.

Both southbound lanes were blocked off and traffic was directed through the middle turning lane during the accident clean up, which took about 30 minutes, he said. The St. George Police Department, St. George Fire Department, and Gold Cross Ambulance attended to the accident scene. 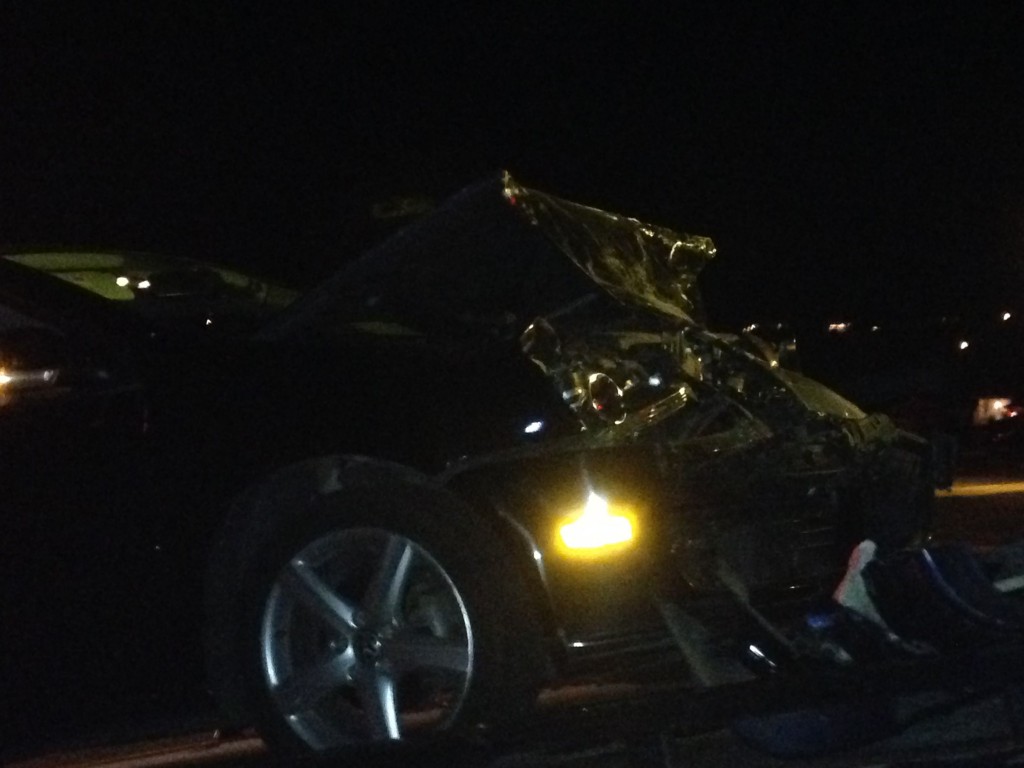 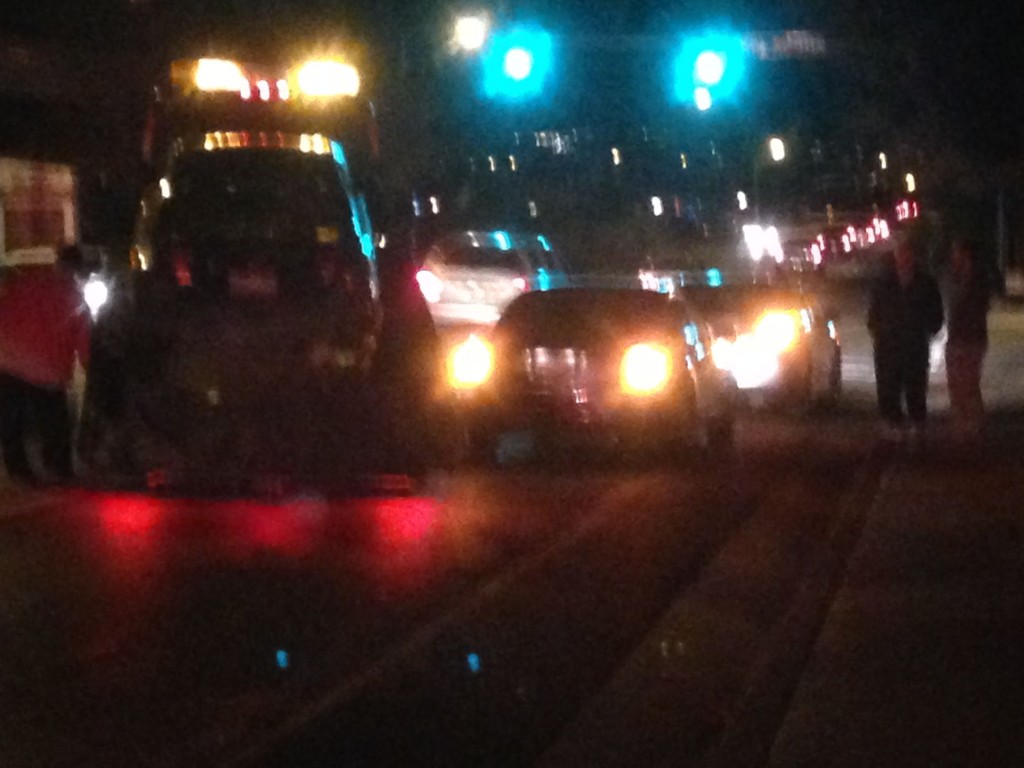 A Volkswagen Jetta is prepared to be towed while two other vehicles involved in the same collision wait to clear the scene, St. George, Utah, Dec. 22, 2014 | Photo by Holly Coombs, St. George News

Welfare check turns into homicide investigation after St. George man fails to show up for work