ST. GEORGE – It was close for a half Tuesday night, but the Dixie Lady Flyers blew out a close game in the second half of and emerged with a 69-55 win against Hurricane.

In the 2014-15 region opener for both teams, the Lady Tigers kept the game close throughout the first half and took a three-point lead early in the second half. They finally succumbed to Dixie’s full-court press and were unable to close, falling by 14 points.

“We prepared this week for their press,” said Hurricane head coach Franci Homer. “Their length hurt us. When we tried to go over the top, they got their hands on a lot of balls.”

Dixie employed its press throughout the game after made baskets. Head coach Jaime Araiza rotated 10 players in and out to keep them fresh. Eight players got into the scorebook for the Flyers, led by Aubri Challis’s 32 points.

“We utilize everybody,” said Araiza. “If you are dressing, there is a good chance you are going to get in the game.”

Dixie also saw several players get into foul trouble. “When you press as much as we do, there are going to be fouls,” said Araiza. “Hopefully as we progress we will be able to get our feet in good position where we won’t get as many.”

Hurricane was in the bonus early in each half but was unable to take advantage.

Dixie’s press paid dividends quickly as Challis and Alexa Estridge combined to score 15 of the Flyers 17 first-quarter points. The Tigers’ Chelsi Cahoon kept Hurricane in the hunt early, scoring her team’s first six points. Taylor Anderson and London Steglich then put up four points apiece to close out the quarter to pull to a 17-14 deficit.

Hurricane was able to break the Flyer press in the second quarter. Challis scored Dixie’s first eight points in the second, but most of those came from the Flyers’ half-court offense. Hurricane actually gained ground behind five and four points respectively from Steglich and freshman post player Lexy Lyon. At the half, Dixie led 29-27.

Hurricane came out in the second half with a 5-0 run fueled by aggressive offensive rebounds. With 6:53 to play in the third, Dixie was looking at it’s biggest deficit, 32-29. Dixie’s full-court press began to affect the Tigers once more. The Flyers would ride it to a 34-9 run over the next eight minutes.

“We scored a lot of layups,” said Araiza. “Aubri (Challis) and Alexa (Estridge) are not only good at finishing on the break, but also good about getting their teammates involved.”

Lyon would put back a missed shot as the horn sounded to cut the Dixie lead to 57-41 at the end of three. Starting out the fourth, the Flyers did not let up, driving the lead to 63-41 on a steal and layup from Challis with 6:40 to play. At that point, Araiza called off the press and Dixie would employ a controlled stall the rest of the game. Hurricane did end the game on a 14-6 run, but was unable to come any closer than 12 points the rest of the night.

Estridge would finish with 15 points for the night. Cheyenne Libert came off the bench to put in nine. Beatriz Oliva led the Flyers with nine rebounds. For Hurricane, Steglich and Cahoon scored in double-figures with 14 and 12, respectively. Lyon and Morgan Huntsman scored eight apiece. Anderson finished with seven.

With the win, the Flyers improve to 3-1, 1-0 in the conference. Hurricane loses its third straight to begin the season. Both teams will play non-region games Friday as the Lady Tigers will host Uintah while Dixie will travel to Moapa Valley, Nev.

In a game between two of the top teams from a year ago, the Lady Reds captured a key home win to begin region play.

With five starters returning from last season’s semifinal team, Cedar is picked by many to win the league. The home win against the defending champs is a good first step as Courtney Morley lit it up for 25 points and 15 rebounds to lead the way.

Morley was at her best in the fourth quarter as Cedar turned a 33-33 tie heading into the final quarter into a 41-36 advantage with 3:45 left. Morley hit the big basket in the post for the five-point lead and had eight points and four boards in the final quarter.

Desert Hills, behind point guard Ashley Beckstrand, rallied and closed to within 42-41 with 1:24 to play on Beckstrand’s three-point play.

But Cedar countered with a basket by Priscilla Ziegler to push the lead back to three at 44-41. Morley made a free throw to put it at 45-41, with a Beckstrand layup cutting it to 45-43 with just seconds left.

D-Hills had a shot to win late, but it was off the mark.

Cedar, 3-2 overall and 1-0 in region, travels to Richfield for the 2A/3A Preview at the Sevier Valley Center.

No one was expecting much from the Lady Panthers this season and for good reason — Pine View has a new coach and went 0-20 last year. But clearly this is a team with a new attitude as the Panthers captured an up-tempo home win Tuesday night.

Claire Newby had 16 points, including four 3-pointers, and Kenya Schone added 10 as Pine View toppled SC, a team many consider a contender for the region crown.

The Panthers scored 34 points in the first half — PV had 13 games last season where they didn’t score more than 34 in the entire game — and added and 18-point fourth quarter as the capper in the win that improved them to 3-0 overall and 1-0 in region play.

Amber Archibald had a pair of 3-pointers and Pine View had 10 players score at least two points in the game. Archibald also had three steals and two blocks in the game.

The Panthers play again Wednesday, hosting Panguitch and again Thursday with Enterprise visiting the Pit. PV’s next region game is in a week, when the Panthers will travel to Hurricane.

SC, 0-5 and 0-1, hosts Uintah Thursday and will play its next region game at home against Canyon View next Tuesday. 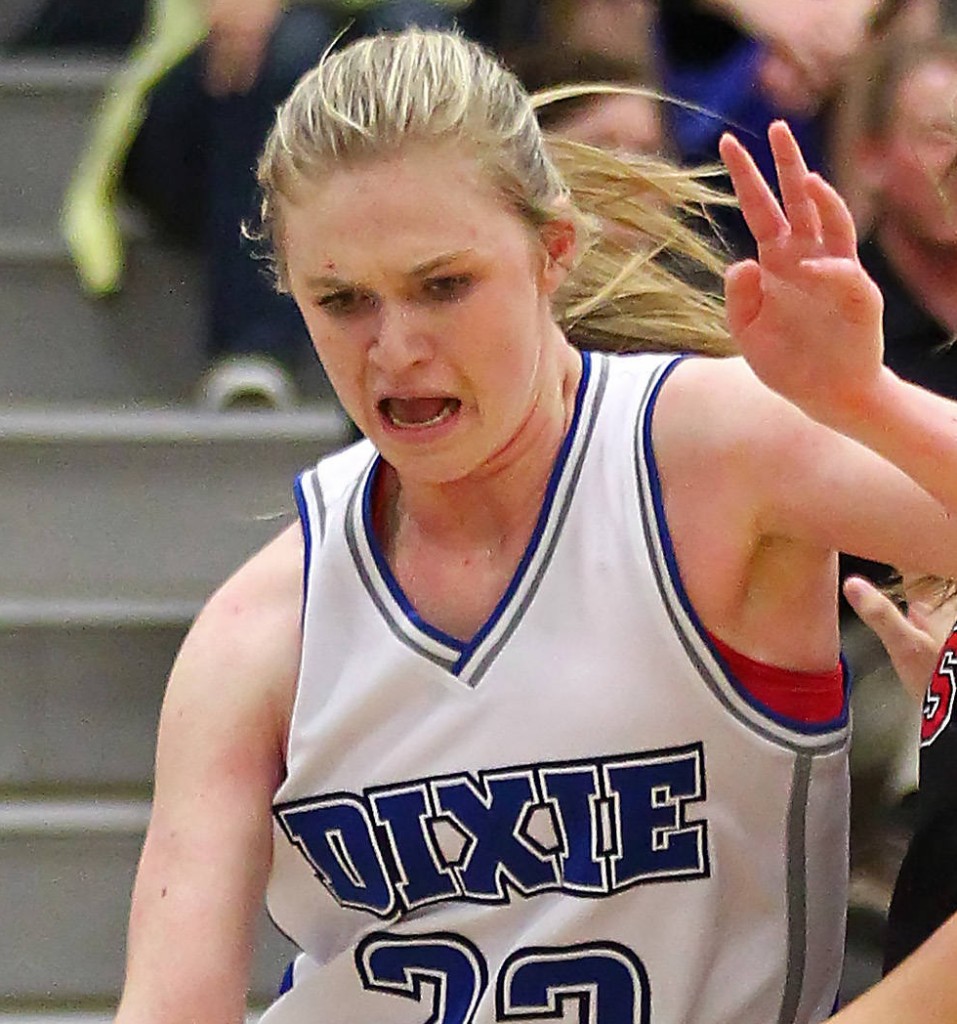 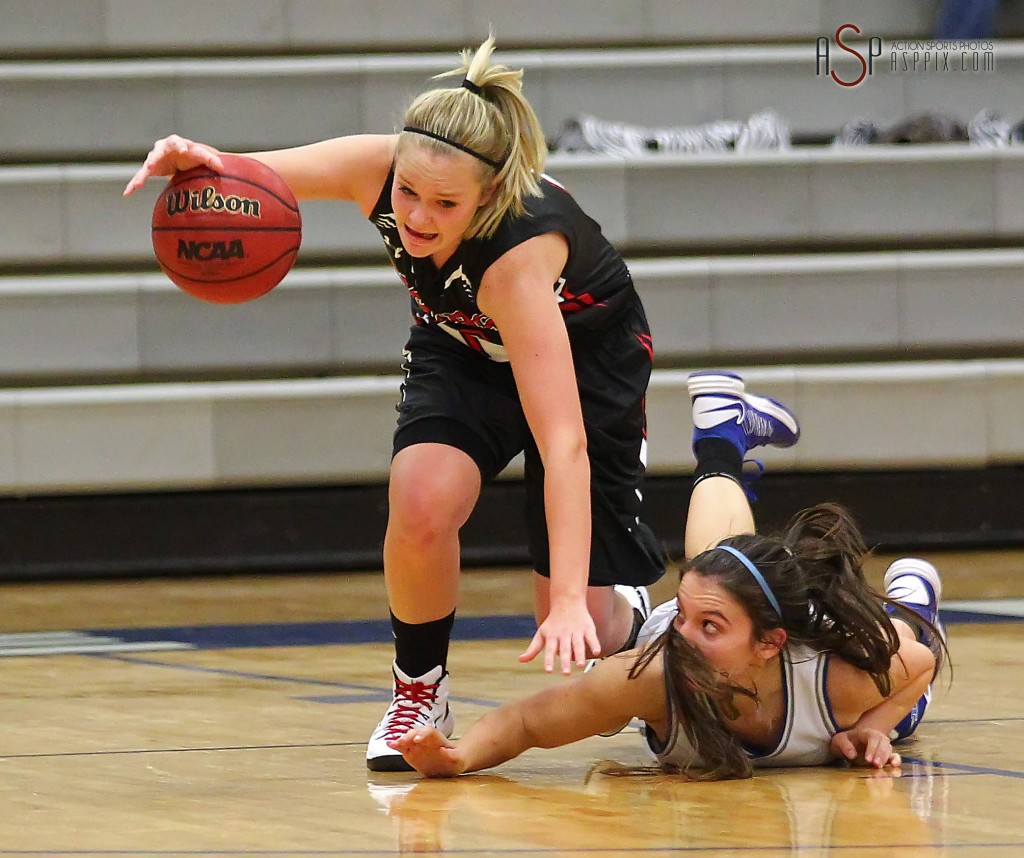 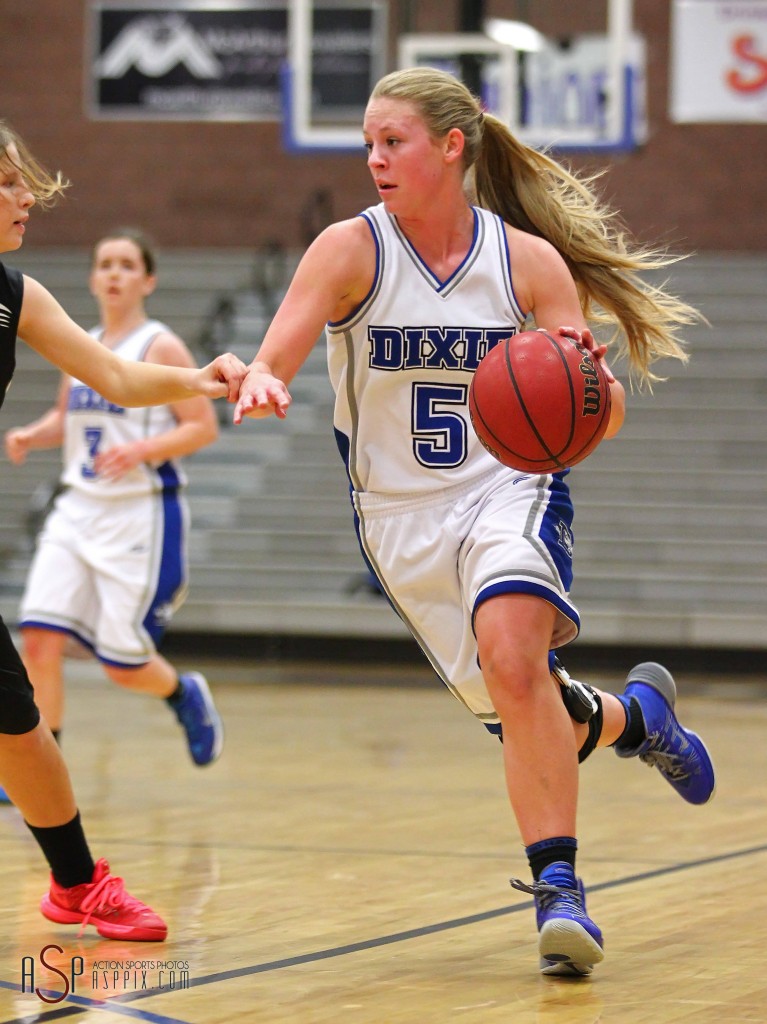 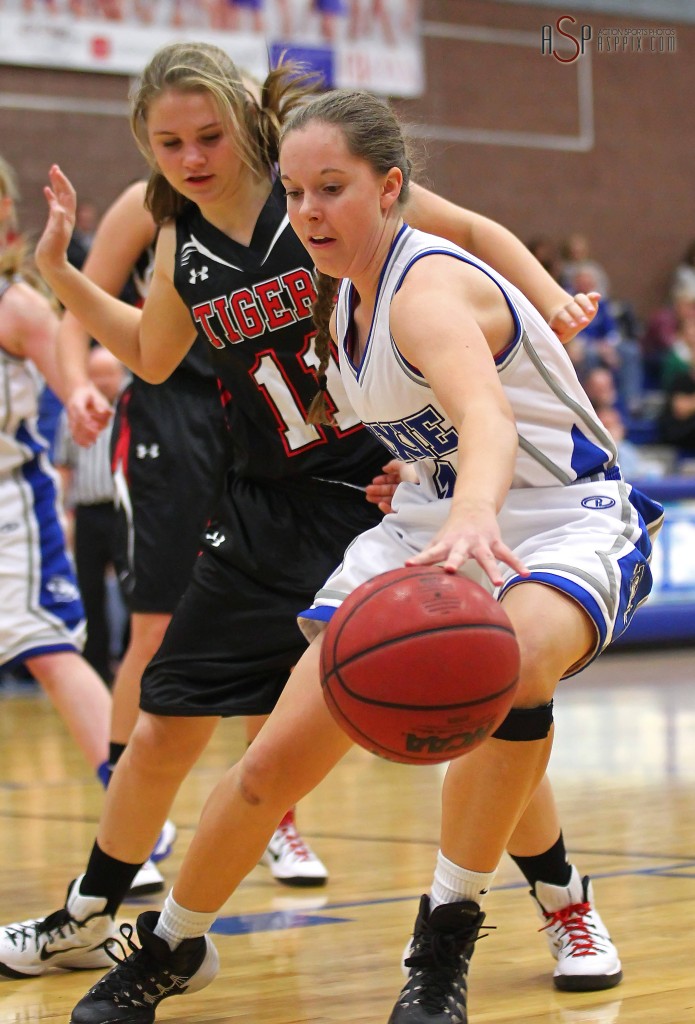 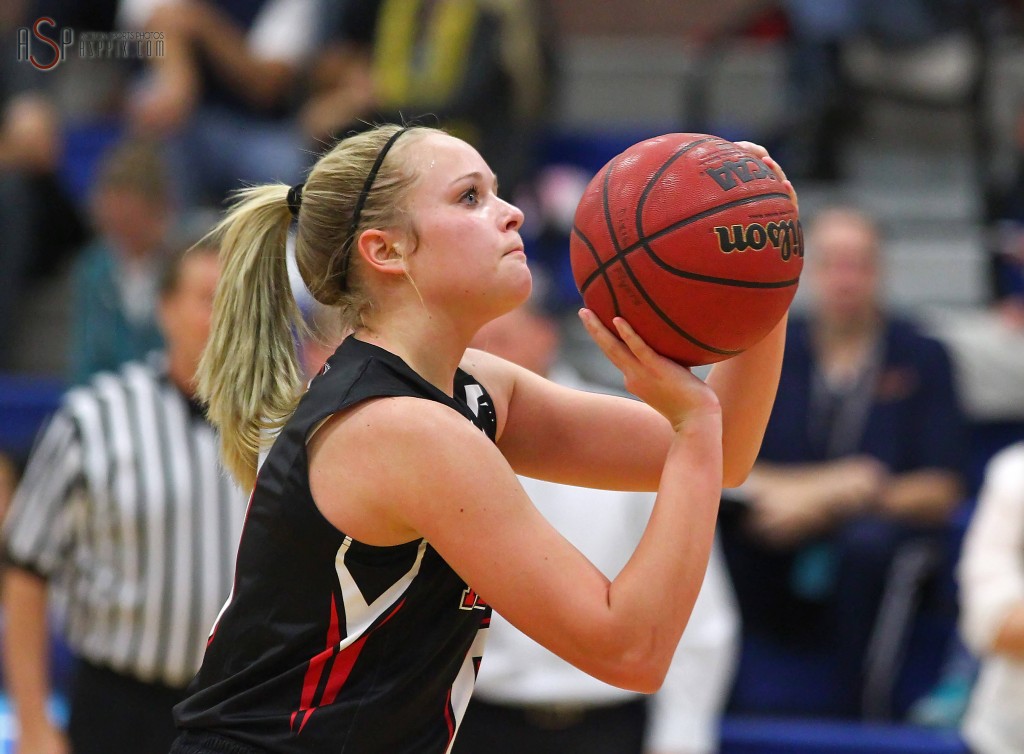 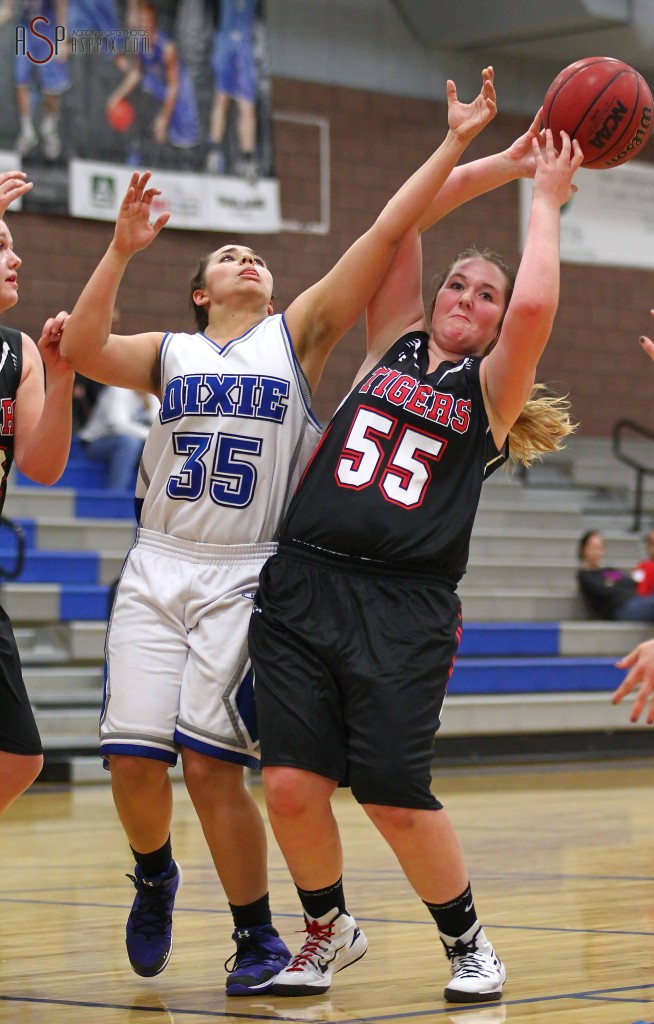 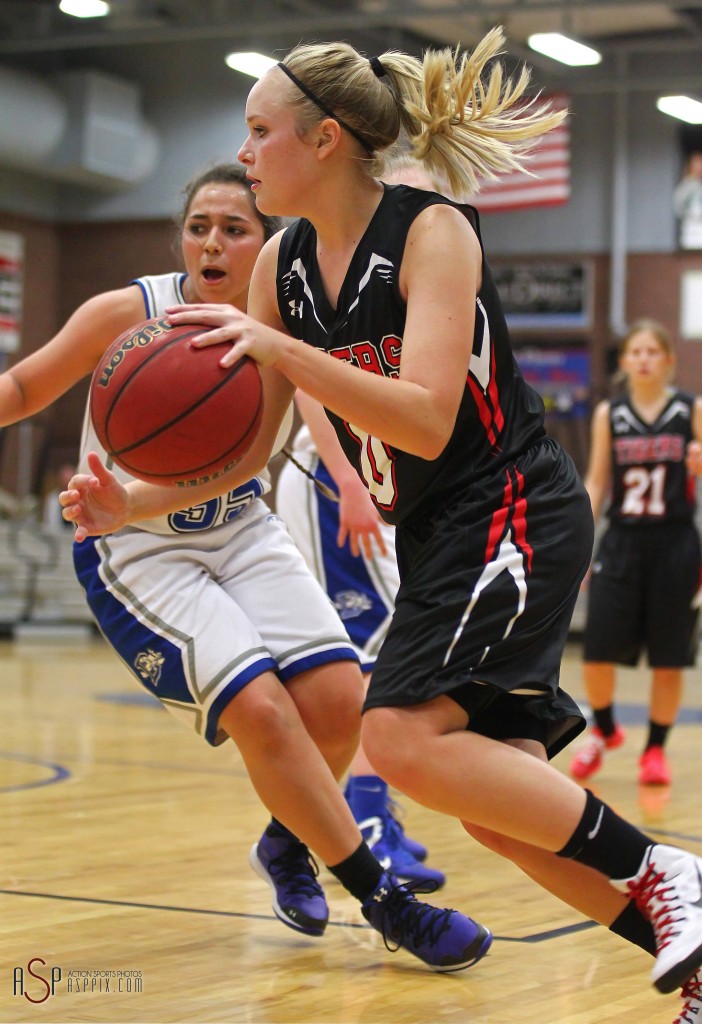 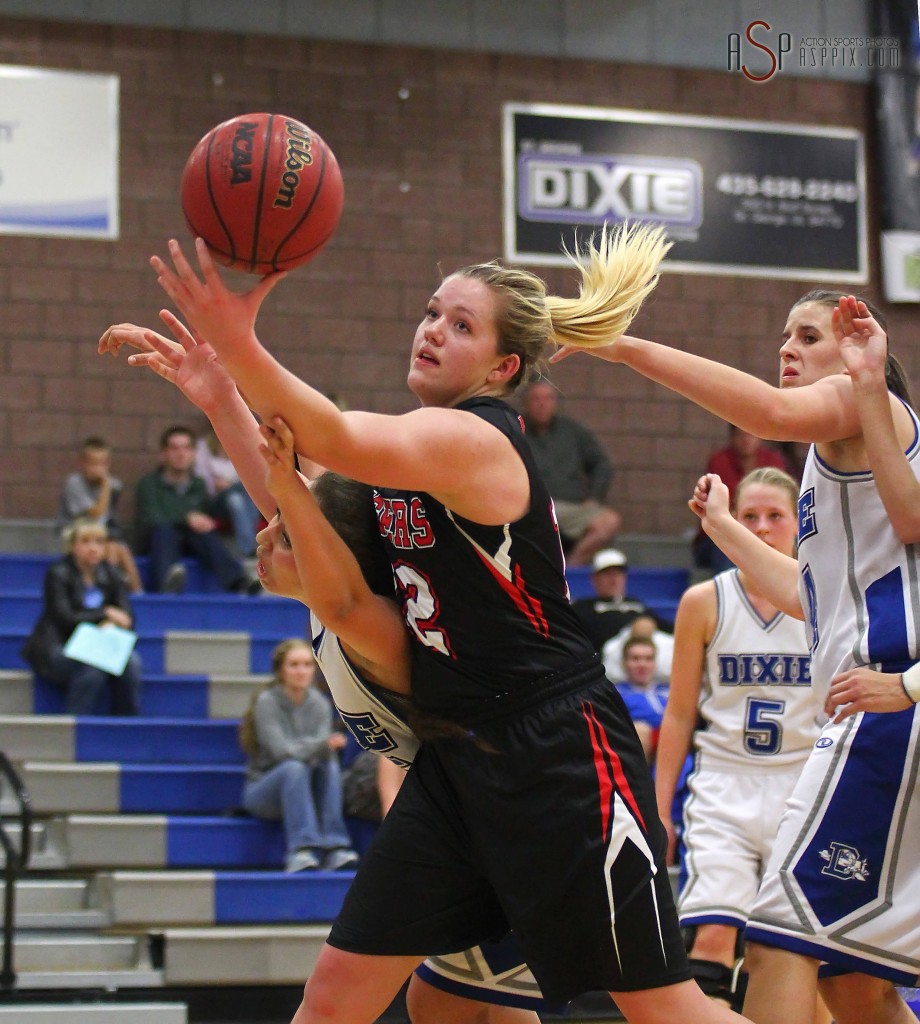