ST. GEORGE – One family-owned, St. George business is supporting Southern Utah artists and strengthening community ties by collecting and housing what they hope will soon become the largest indoor display of yard and motor art in the world.

Branzton Garner, owner of Motor Sports Shoppe, 1770 E. Red Cliffs Dr., said they only moved into their new location in the mall a little more than three months ago, but since then, they have already amassed 1,000 square feet of yard, and motor art.

In order to set a new record with Guinness World Records the store must collect 10,000 square feet of funky, clunky, raw art from Southern Utah artists who repurpose materials and breathe new life into them, Branzton Garner said. He said it’s important to keep the art they use for their gallery local, because he was raised to understand that a strong, connected community can move mountains together.

“Everything is so corporate America that no one does local anymore,” he said. “So we are trying to bring back the whole local ability to have a community that has deep connections.”

More than a place to simply house the artwork of others, Motor Sports Shoppe is a hub for local inspiration and collaboration. All of the leather gear in the store was created by local designers and sent away for manufacture. The displays that held clothing and other merchandise – that were handmade by Branzton Garner and his father – were each constructed from found and reclaimed materials.

Though he has his own business to run in Hurricane, Brent Garner said, he tries to help his son out as often as possible. Before they moved to Southern Utah, he owned several skate shops in the Los Angeles area, he said, and raised his son in the business.

Motor Sports Shoppe specializes in custom longboards, skateboards, bikes and anything having to do with the gear. Almost all of the one-of-a-kind artwork done on the boards is by Brent Garner, who is incredibly supportive of his son’s vision – a vision that includes giving back to the community.

In fact, Brent Garner said, Saturday they will be hosting a motorcycle ride to help raise money to help cover a portion of the medical costs for a fellow Washington County rider, Ramsey Campos, who sustained injuries after laying down his bike.

Leeds artist Michael Hargis said fundraisers like the one planned for Saturday are just one of the reasons he knew the moment he walked into the Motor Sports Shoppe that it would be the perfect venue to sell and display his stone carvings.

“The place, to me, it’s like tooly,” he said. “It’s really gnarly and old tool stuff, it’s not that rappish, slick kid, thug on the street kind of place – this is like old school, and really, the place just has heart.”

Hargis said he studied for four years, before ever touching a single piece of stone. Too nervous to dig in, he said he took time building his confidence, but once he jumped in – that was all she wrote.

Having a place like Motor Sports Shoppe to display his work has given Hargis a feeling of kinship with both the shop owners and the Southern Utah community of artists, he said. He has known Brent Garner for a while, he said, so when he found out that the Garners wanted to begin collecting art to start a gallery he was happy to submit some of his work.

“We had been trading,” Hargis said. “We trade vehicles and things like that, so I sent him some pictures of my artwork.”

Though Hargis’ work is for sale, the Garners said the majority of the exhibit is not available for purchase. Still, Brent Garner said that they sell any art that has not become a part of the permanent collection through donation. If an artist wants to display something on consignment, he said, that is fine with them.

All are welcome to join the Garners on Saturday for the Charity Ride for Ramsey Campos. The meet up at the Motor Sports Shoppe at the Red Cliffs Mall, 1770 E. Red Cliffs Drive, at 10 a.m. Brent Garner said. The ride starts at 11 a.m. and after there will be an “opportunity drawing” at 1 p.m. back at the store.

More information about participating in community building efforts, or submitting art for consideration, is available by going in to Motor Sports Shoppe. 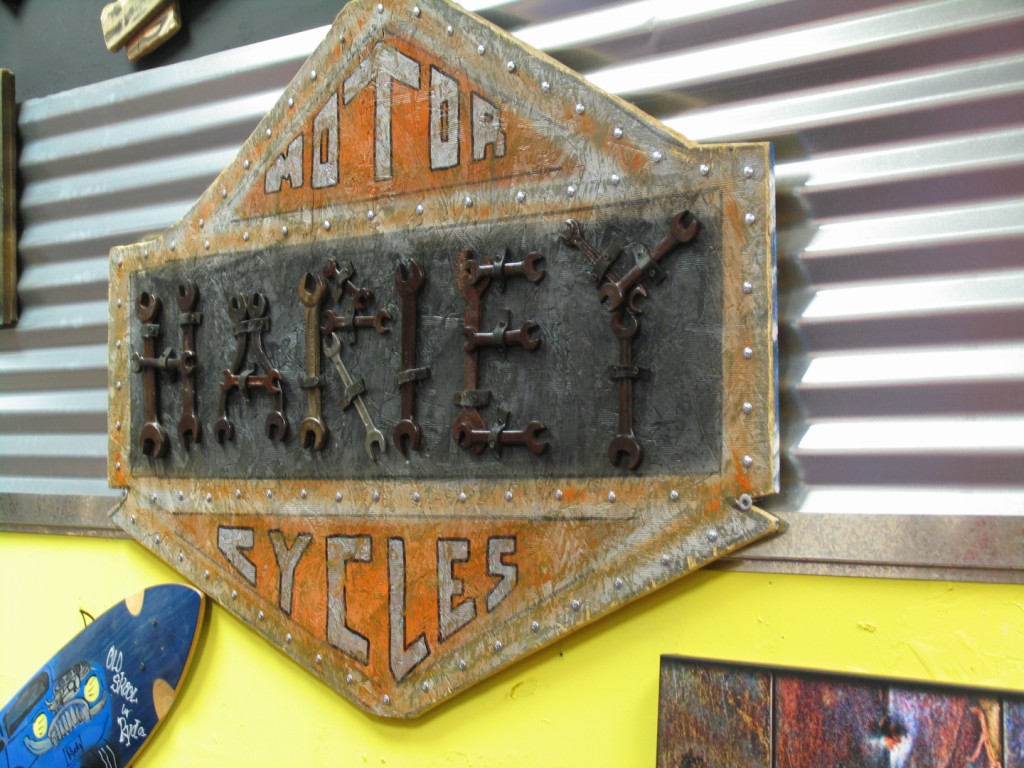 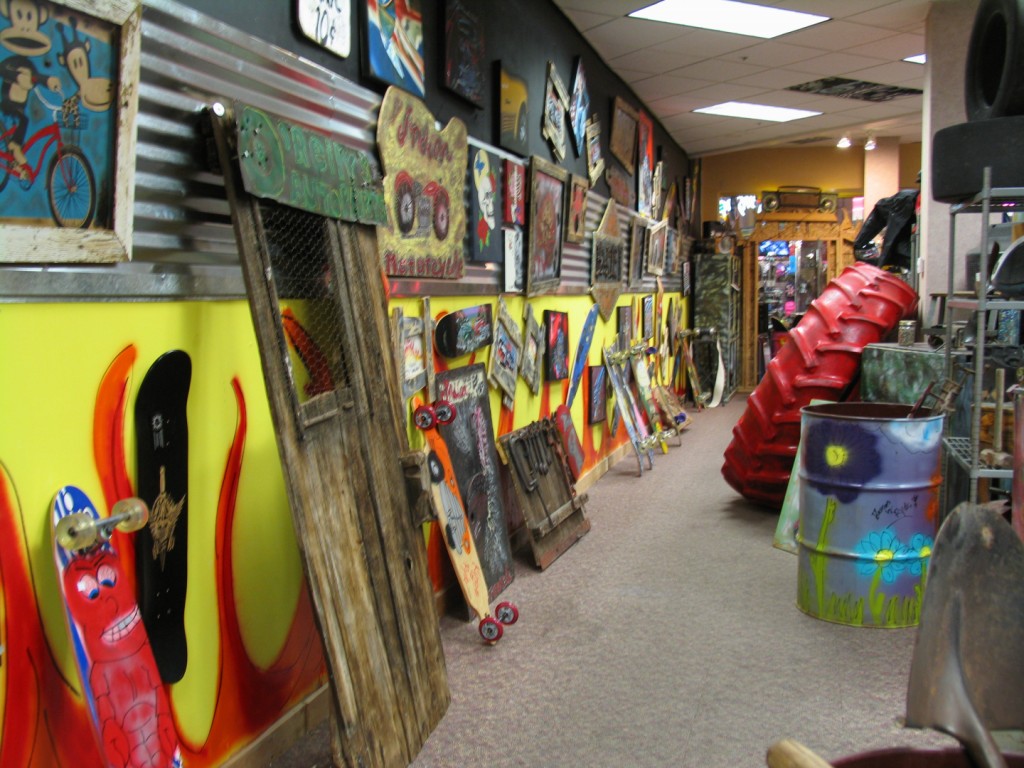 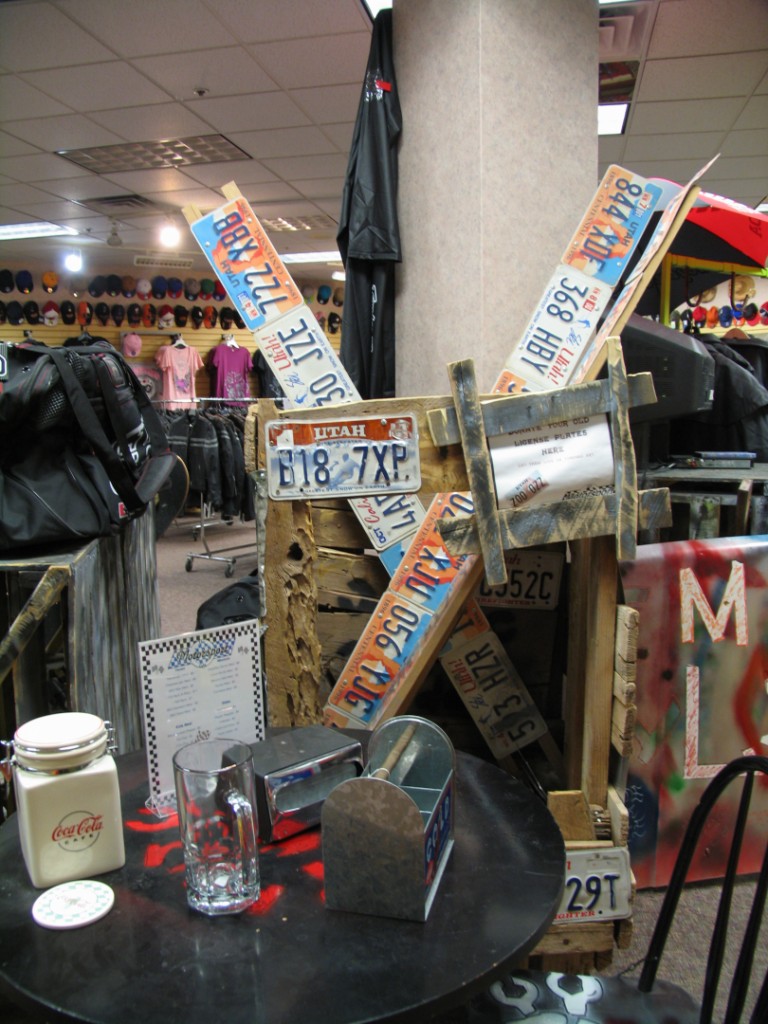 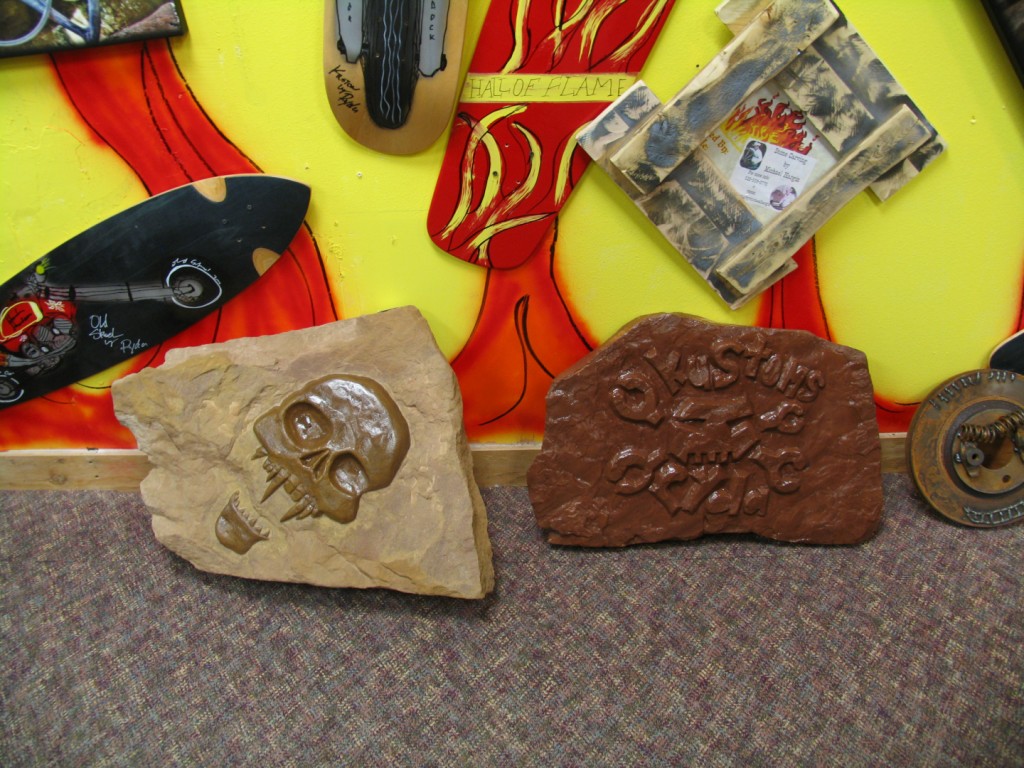 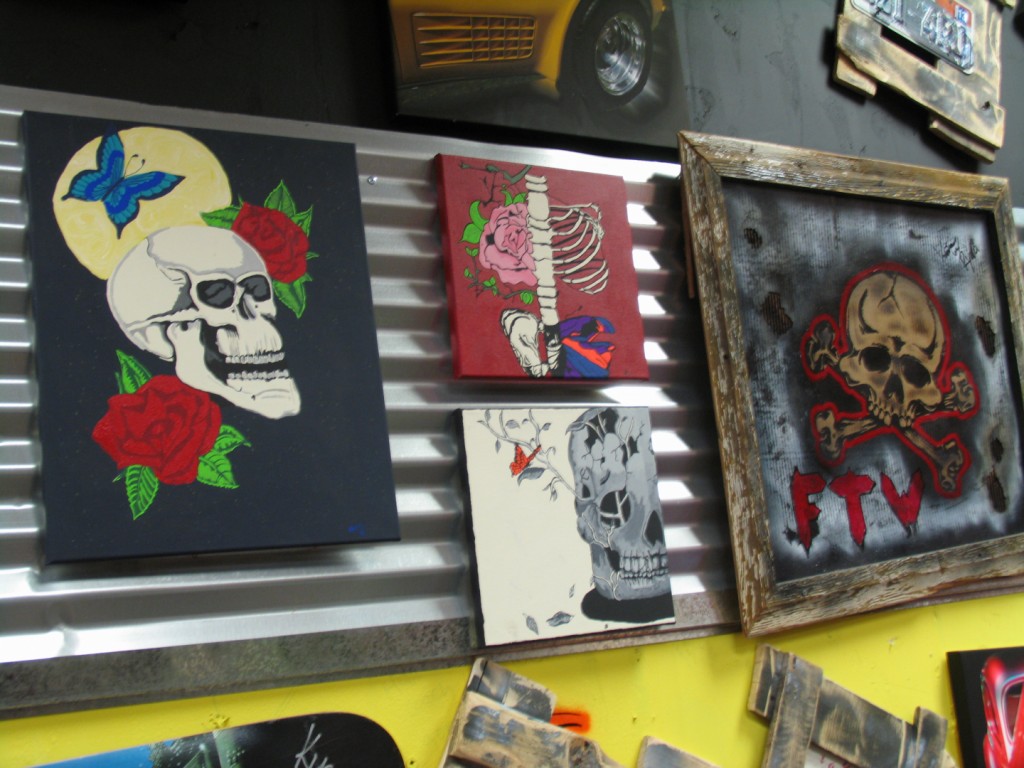