After some eight weeks of being open to the public, SwitchPoint has housed an average of 68 people per night — ranging from infants to elderly adults — and the facility currently has a waiting list of 72 people, SwitchPoint Director Carol Hollowell said.

“We knew we had a large amount of homeless people in the area,” Hollowell said. “In our first two months, we have gone through 92 people; many of them have been reunited with their families or found permanent housing, and over 30 people have become employed. We have a lot of campers and a lot of people taking showers and getting a meal.”

Economic and Housing Development Director Matt Loo said SwitchPoint recently housed an 86-year-old man who was in a wheelchair and his wife, 84, who is suffering from early onset Alzheimer’s.

“We were able to arrange something with Kolob Center. We just had them for a week,” Loo said. “They were running out of money and still staying at their apartment, and the Police Department called us and we said, ‘Bring them in, we’ll figure it out.’ That was the oldest couple that has stayed here.”

The Youth City Council’s volunteer coordinator, manager and mayor — inaugurated Thursday night — were present at the grand opening event, and each expressed a desire to be involved with the shelter. The members plan to propose a weekly service project for SwitchPoint.

“I was slightly aware of the homeless but I didn’t know the magnitude. It’s kind of weird, living here for so many years and not realizing it,” Youth City Council Mayor Cody Fife, 17, said. “St. George can sometimes feel secluded — we don’t realize the bigger problems because we have a sort of safe haven. It seems, though, that the numbers have been rising, but because we are a service-oriented city, I feel like there is going to be more service provided.”

Current SwitchPoint resident Gordan Hawkins, 70, originally from New York City, said SwitchPoint is a superior homeless shelter compared to others he has stayed in.

“Carol and her staff do a very nice job. My family has all passed and I’m retired,” Hawkins said. “We get up around 6 or 6:30 and eat breakfast around 7, then we help out with whatever chores need doing. Then we have lunch around noon and help clean up. Then sometimes I go to the library. I like being able to help out other people here.”

Davin Prosser, 34, has been staying at SwitchPoint for just over a week and a half. He said this is the first time he has ever stayed at a homeless shelter. He lost his mother in 2007, then he lost job and had to move out of his apartment, he said. After weeks of living out of a motel room, he found himself sleeping behind a building on St. George Boulevard.

“In the morning, it was cold. I was laying in the dirt behind a building with a duffel bag of my stuff. I was surprised I didn’t get arrested. I went to Denny’s and ate breakfast. I carried my bag in with me but nobody looked at me like I was just some homeless guy,” Prosser said. “This has been really hard for me. My mom used to live in this neighborhood. This is where I grew up. A lot of the things I see remind me of my mom.”

Despite the fact that Prosser hit “rock bottom,” he said, SwitchPoint has given him a chance to pick himself back up, and he said he is grateful for the kindness so many people have shown him.

“You think you have everything, and in a second it’s gone,” Prosser said.

Do you hear the people sing? Lost in the valley of the night. It is the music of a people who are climbing to the light. For the wretched of the earth there is a flame that never dies. Take my hand and lead me to salvation. Take my love, for love is everlasting, and remember the truth that once was spoken: To love another person is to see the face of God. Even the darkest night will end and the sun will rise. Say, do you hear the distant drums? It is the future that they bring when tomorrow comes. Tomorrow is here.

“This is the best job. I cry every day,” Hollowell said. “We have a guy here who has spent seven years homeless. He said he finally felt safe. I guess the real part is that I like to feel needed. I probably get more out of helping people than they get from me.”

Read more about SwitchPoint and its services here: For a better tomorrow; homeless shelter offers 21 services

United Way Dixie celebrated its 20th anniversary this year, and in commemoration, a ball drop giveaway was scheduled to take place Sept. 27 but was rained out.

The grand prize winners of the Ball Drop for Charity Prize Giveaway were: Dale Johnson, who won a PT Cruiser convertible; Ken LeFevre, who won a pool table valued at $6,000; and Bill Wolfe, who won $1,000.

Grand prize winner Johnson, 63, of St. George, was not present when the ball drop took place. He said he was in Cedar City working.

“I can’t answer my phone when I’m driving. I checked my voice mail and had a message that I won a prize. I didn’t believe it,” Johnson said. “I called my wife and she hadn’t heard anything, then I stopped at my office in Hurricane and had my boss check the Internet and there was nothing there, either. I was starting to believe less and less. Then I finally returned the phone call and found out I had actually won something. I’ve never won anything more than movie tickets.”

Since Johnson wasn’t able to claim his prize at the ball drop, Premier Car and Truck, the business that donated the car to United Way Dixie, had the car waiting for him at the Premier lot, 116 W. St. George Blvd. Johnson was presented with the car at 6:30 p.m.

“It seems unreal to win a car,” Johnson said. “I just want to thank everyone that was a part of it. I’ve lived in Dixie for a long time and I’ve never seen a community that pulls together like we do. Whenever there’s a car accident or a disaster, there is a line of people waiting to help. The real winner here is United Way Dixie.” 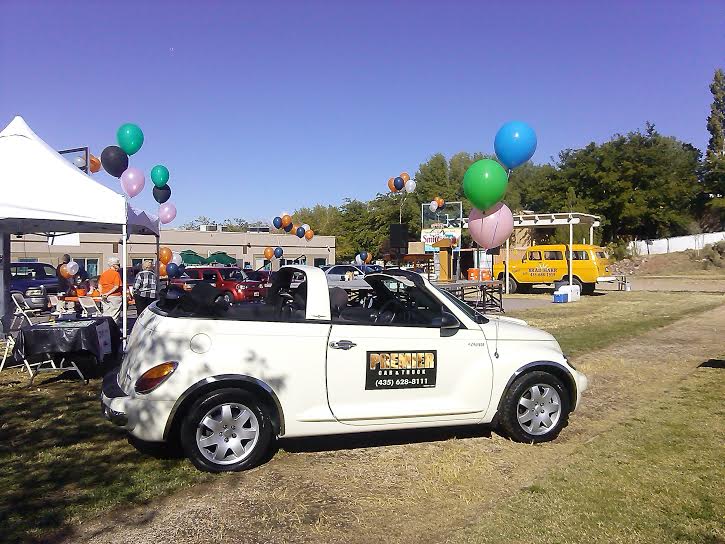 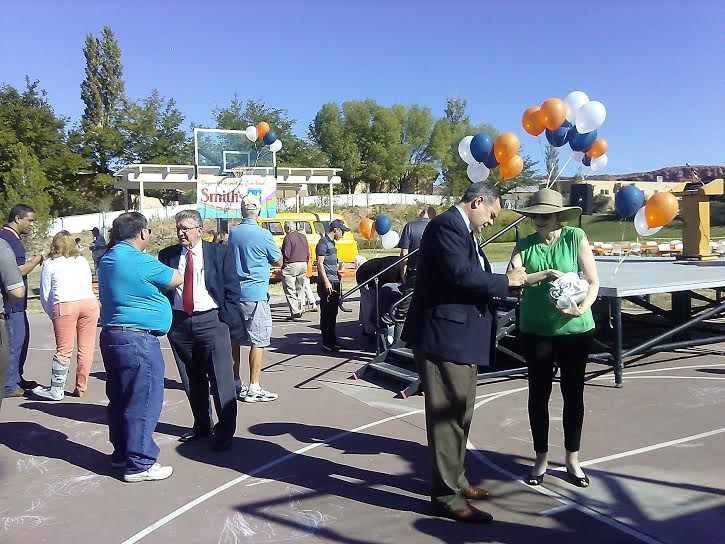 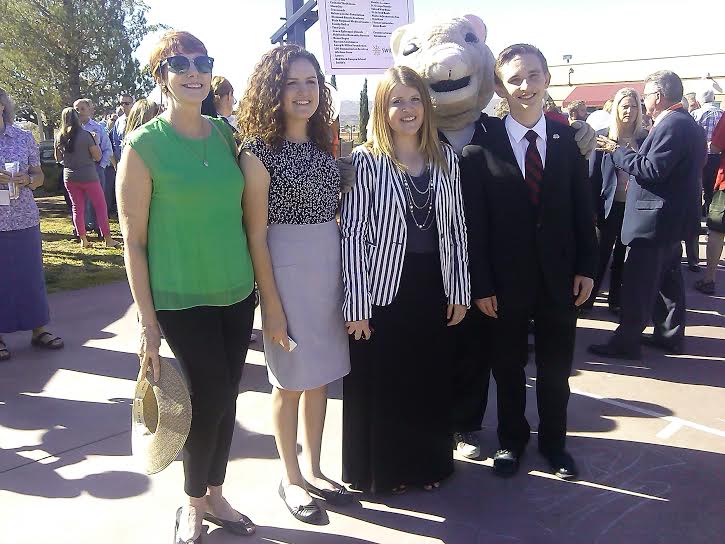 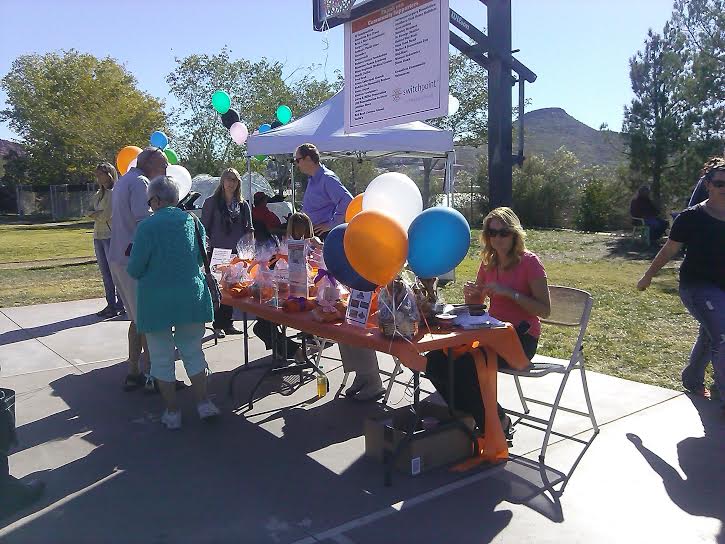 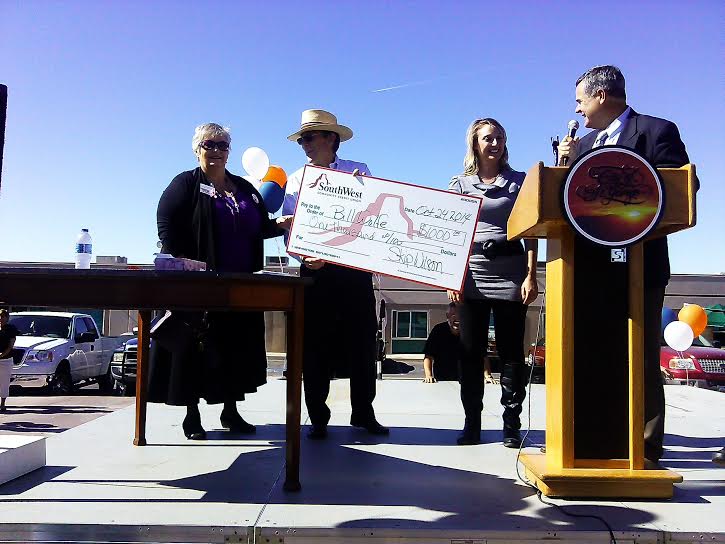 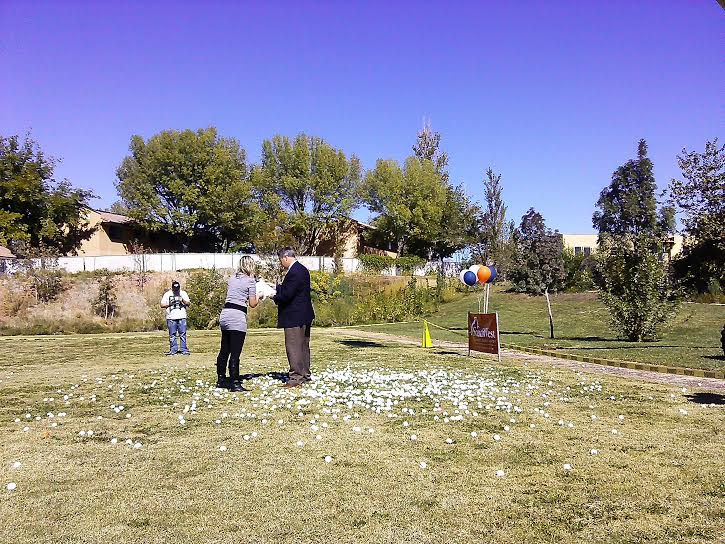 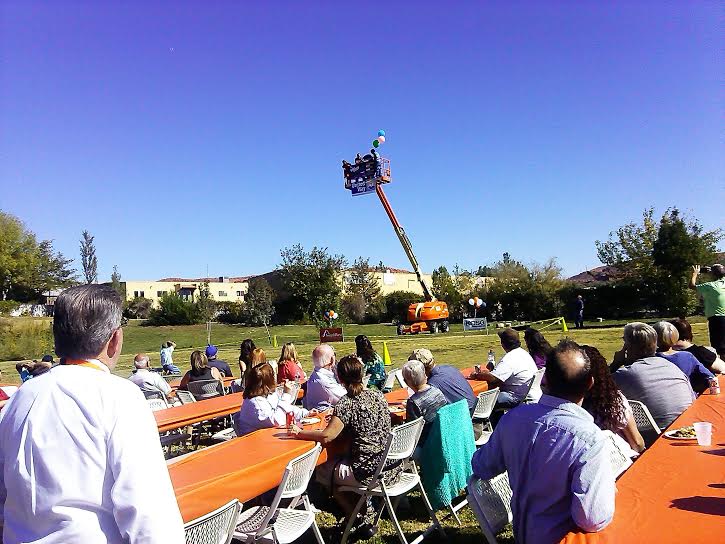 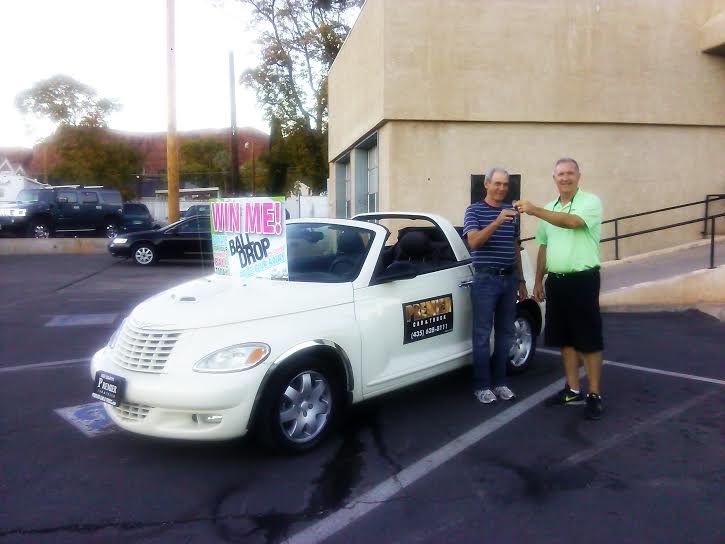 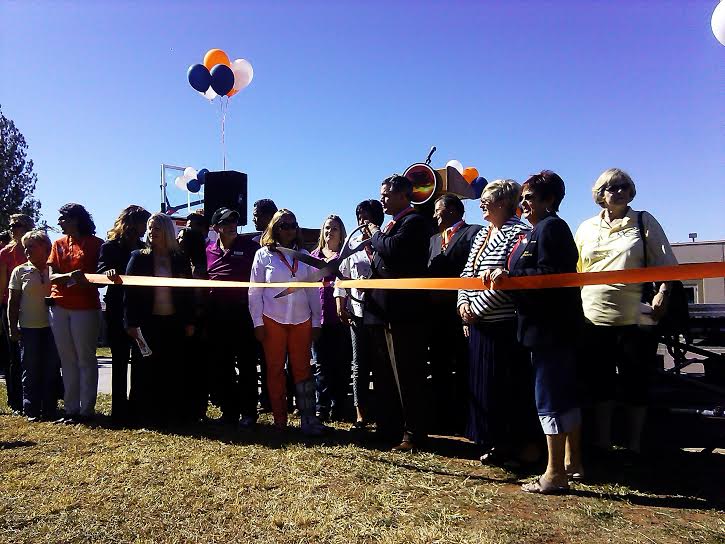 'This is a large thing for any city:' Ivins City weighs whether to provide public funding for new resort