NEWS LIVE: This report contains news live as it develops and is being  updated continuously. Bookmark and refresh the page periodically for updates. Last updated 12:50 p.m.

ST. GEORGE – Early Thursday morning, a local 42-year-old woman and her dog were both discovered and pronounced dead on arrival, alongside northbound Interstate 15 just north of the Brigham Road freeway on-ramp.

At 5:50 a.m., an officer stopped at the scene at what he thought was an abandoned vehicle. Upon inspecting the silver BMW, the officer found the driver’s window down, the keys in the ignition and several papers scattered around with the letters “DNR” written on them which commonly stands for “do not resuscitate,” Utah Highway Patrol Sgt. Danny Ferguson said.

The officer called into dispatch to identify the registered owner, who turned out to be a middle-aged man. The officer called him and the man said that the vehicle belonged to his now ex-wife, but he didn’t know her whereabouts.

At this time it was still dark. The officer tagged the vehicle so that it would show the vehicle had been checked and left the scene.

About an hour later, a passerby on the bike trail that runs near the highway, saw what he thought was a body in the weeds.

Another cyclist, St. George resident Brian Tenney, also rode by around 6:40 a.m. when he saw the incident.

“There was a silver Beemer and a policeman by the time I got there,” Tenney said. “When I rode past it the first time, there was only one, and when I went up and circled the LaQuinta Hotel, there were two-three UHP cars.”

The woman’s body was found lying in front of her car in tall yellow foxtail weeds, Ferguson said. It appeared she had been hit by a large vehicle on the Interstate and knocked to the side of the road. She was in the slow lane – almost across the dotted white lines when she apparently got hit.

Utah Deptartment of Transportation blocked off the entrance to the northbound on-ramp and closed down the right lane of I-15 around the incident for purposes of investigation.

There was some debris scattered around the area, including a big headlight, that looked to have come off a semitrailer or a large commercial-sized vehicle.

“We don’t even know what kind of vehicle we are looking for,” Ferguson said. “It’s going to be tough. I would hope this was an accidental incident.”

If the driver is caught and investigators can prove that the driver knew he or she hit the woman, it would be cited as a hit-and-run, not manslaughter, because people don’t expect anyone to be out on the Interstate in the morning, he said. There is no reason to not come forward.

Identification is pending and next of kin will be notified before the woman’s name is released. There will probably be a drug and alcohol screening on her body. The body was released by the medical examiner to a local mortuary.

For now, the cause for the woman crossing the highway early in the morning with her dog is going to be listed as a potential suicide death, Ferguson said.

The car was towed for further investigation, but there were no indications the car was inoperable.

Patrol officers are asking the public for any information about this area. If you saw any vehicles stopped near the on-ramp early this morning, you are encouraged to call Cedar City dispatch at 435-586-9445.

“Somebody saw something I would think,” Curtis said. “It’s too busy of a freeway.”

This report is based on preliminary information provided by responders on scene and may not contain the full scope of findings. 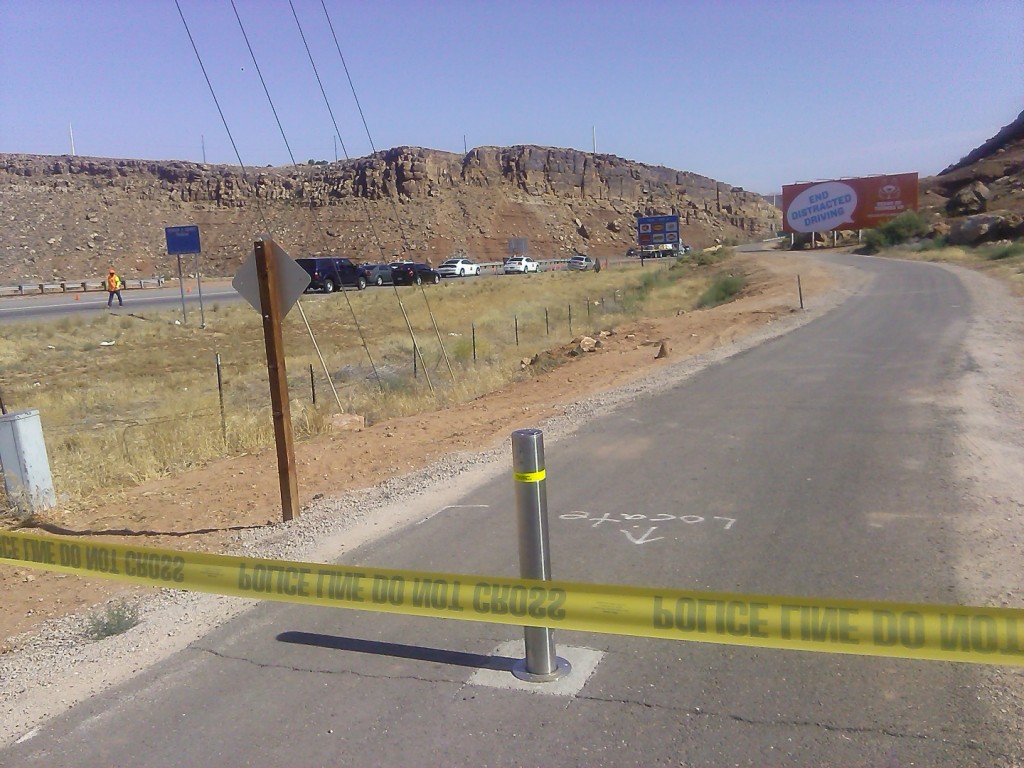 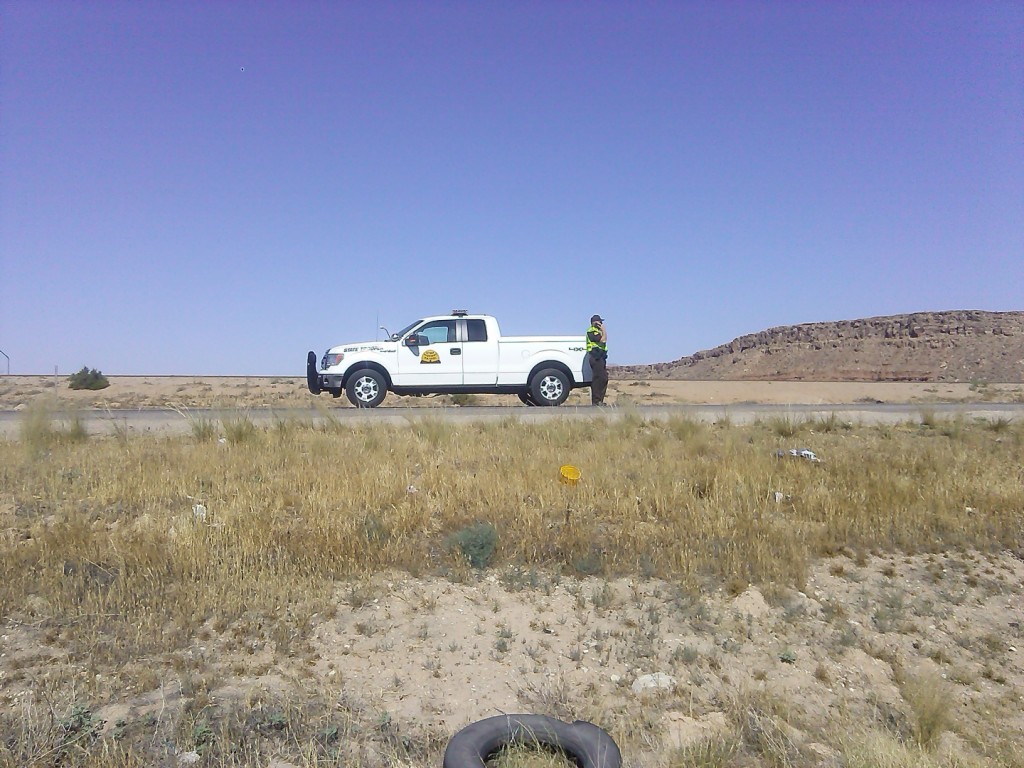 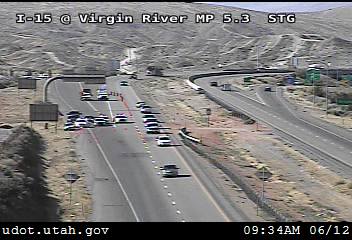