At about 9:45 p.m., a 37-year-old man driving northbound in front of the Fountain Heights Apartments at 3424 S. River Rd. rolled his 2000 Toyota Tundra after reaching a high rate of speed, St. George Police Officer Derek Lewis said. The man survived the rollover, but he suffered extensive injuries to his lower extremities.

The driver lost control of the truck on the road’s dirt shoulder, Lewis said. He fishtailed and lost control, which caused the truck to roll. He was taken to the hospital by ambulance. 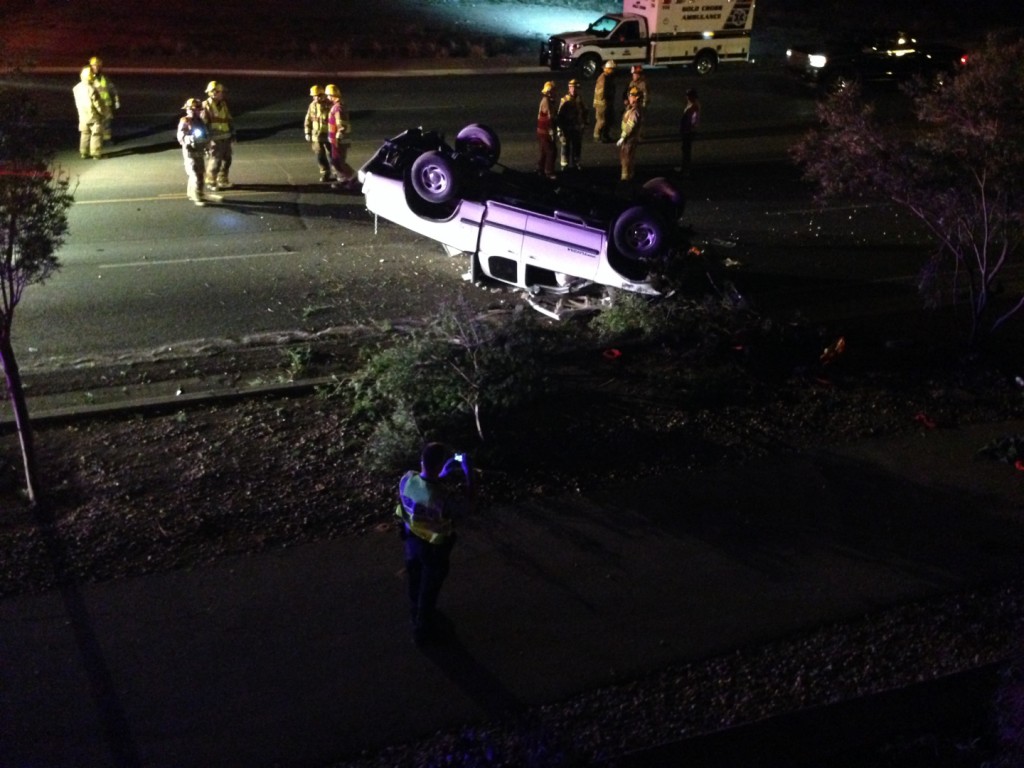 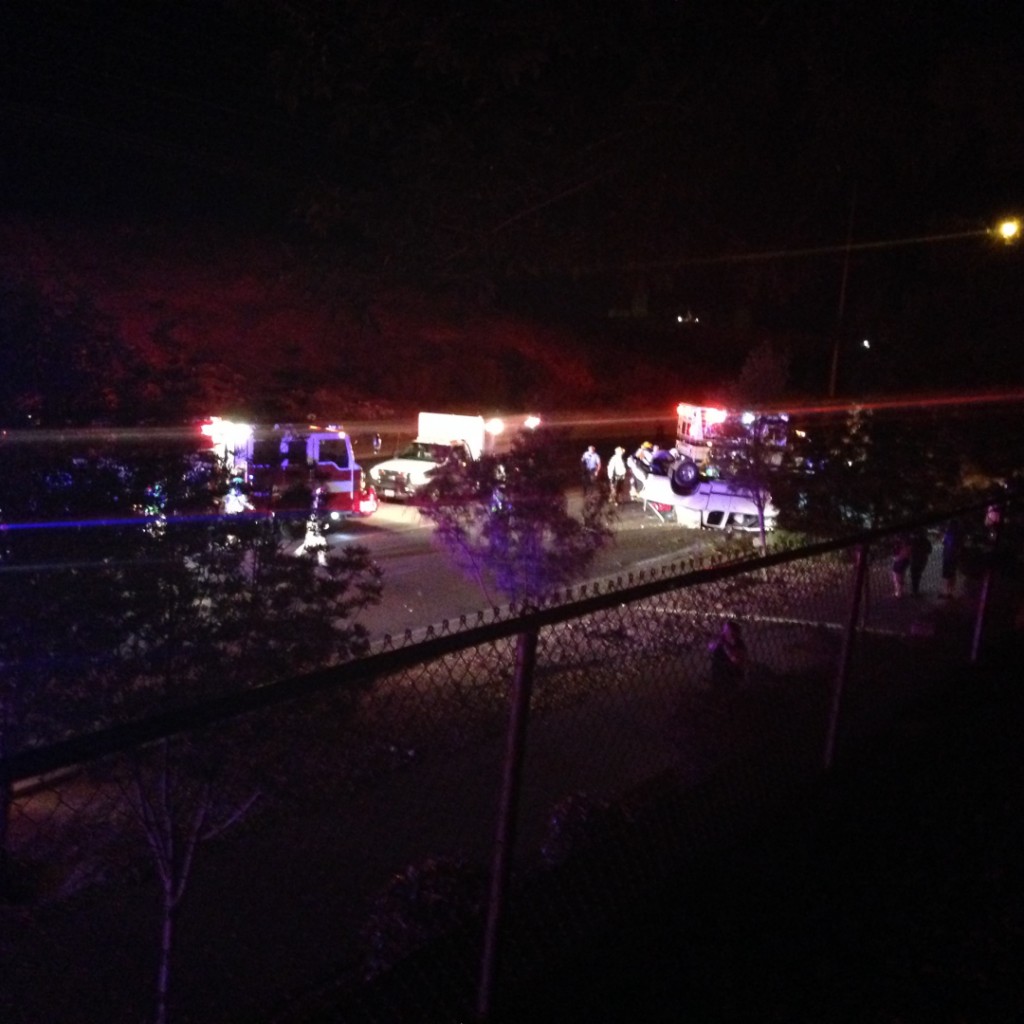 The man was transported to the hospital by ambulance, St. George, Utah, May 5, 2013, | Photo by Dylan Westover, St. George News

Richard Briggs has worked in journalism since his graduation from Dixie State University in May 2012. He worked at the Tooele Transcript-Bulletin in Tooele, Utah, from October 2012 through April 2014 with varying duties as Community News Editor, sports writer and copy editor. Immediately following school at Dixie, he worked as the Sports Editor for the Carlsbad Current-Argus in Carlsbad, N.M., until moving to the Tooele newspaper. While in college at Dixie, Richard worked for three years at the school's student-run newspaper, the Dixie Sun. Richard is a Southern Utah kid, growing up in Santa Clara and graduating from Snow Canyon High School.

Police: 2 drivers transported to hospital after 1 blows through stop sign in St. George

Layin' it on the Line: Don't put your money under the mattress. Try these options instead.