ST. GEORGE — A month ago, Hurricane’s Brooklyn Gubler had nearly half her team’s points in a 48-38 home loss to Snow Canyon. Tuesday night, the Lady Tigers played more like a team and the result was a 53-49 win at Snow Canyon, giving Hurricane a half-game edge in second place in Region 9 with less than two weeks to play.

Sela Filo had 16 points and 10 rebounds and five different Tigers had at least six points as Hurricane seized the lead in the second quarter and held on for dear life from there. Gubler had eight points, but was aided by Filo, plus nine from Madi Hall, seven from Morgan Huntsman and six from Shania Hurst.

Hurricane trailed 11-4 early in the game, with Snow Canyon’s Shaylee Reed and Ashlee Nyborg starting the early run for the Lady Warriors. SC still held a 22-18 lead midway through the second quarter, but the Lady Tigers finished the half on a 10-0 run. Filo started the run with a pair of free throws and then tied the game at 22-22 with a basket inside.

The Tigers took their first lead since 3-2 on a basket by Huntsman, then she scored two more baskets on fast breaks to make it 28-22 at the half.

Hurricane led throughout the third quarter, though SC pulled to within 35-32 as the quarter closed. The Warriors continued the run into the eearly part of the fourth quarter, eventually taking a 47-43 lead after back to back 3-pointers by Nyborg and Nikenna Durante.

As time wound down, Gubler went to work, tying the game by scoring on a jumper, then drawing a foul and making two free throws. With under a minute to go , Nyborg put the Warriors ahead 49-47 on jumper in the lane. Gubler, on a dish from Filo, answered right back with a basket and was fouled, her free throw put Hurricane on top 50-49 with just seconds remaining.

After an SC miss, Hall made one free throw to make it 51-49. The Warriors went for the win on a 3-pointer, but missed again and Hall was fouled immediately. This time she made both free throws for the final 53-49 margin.

The victory puts Hurricane, 12-7 overall and 7-3 in region, a half-game ahead of Snow Canyon, which is 10-7 and 6-3. The Tigers have two games left while the Warriors have three.

Snow Canyon, which got 15 points each from Nyborg and Madison Mooring, plays Thursday at Cedar. Hurricane is at Canyon View Thursday.

The side effect of Hurricane’s mild upset at Snow Canyon was Tuesday night’s clinching of the region crown for the DH Lady Thunder.

As expected, Desert Hills easily handled the winless Lady Panthers, and as it turns out, it was the win that clinched Region 9 for the now 19-1 Thunder, who have won 13 in a row. Desert Hills still has two games left, but they will simply be practice games now as the region crown is in the bank and the No. 1-seed is all sewn up.

Haley Bodnar had 19 points and fellow seniors Karlee Myers (11 points), Emily Seifert (10) and Blair Bliss (10) were all in double-figures as the Thunder outscored Pine View 24-1 in the first quarter.

It was 43-10 at halftime and DH coach Chris Allred was able to empty his bench on this important night for the Thunder, who are now 10-0 in region. DH is averaging 66 points a game in region play. Fifteen different players participated for Desert Hills Tuesday night.

The Lady Falcons staked an early claim on that final playoff spot from region 9 with this win. Canyon View is 4-5 in region, a game ahead of Cedar (3-6) and a game and a half ahead of Dixie (3-7) with the regular season dwindling to its final two weeks.

Neither team had much offense, but it was the 3-pointers that got the job done for Canyon View, which is 9-9 overall. Jaycee Slack and Josie Platt hit three 3-balls each, totaling 18 of the Falcons’ 28 points. Dixie had just two treys the entire game.

Dixie actually started the game with a 3-pointer by Rebekah Miner and led 8-2 early on. Platt hit a trey near the end of the first quarter to make it 8-5. She then tied the game midway through the second quarter with her second triple at 10-10. Moments later, Platt faked a 3, then dished to Slack, who gave the Falcons a 13-10 lead.

It was 14-12 at the half, but Dixie rallied as Hadli Gledhill hit a trey to make it 15-14. At the other end, Slack nailed her second trey to give CV the lead back at 17-15. Those two treys turned out to be the only points of the third quarter.

Alexa Estridge tied the game at 17-17 early in the fourth quarter, but Slack’s third trey of the game gave Canyon View a 20-17 lead. Dixie would fight back within 21-20 and then 24-22, but Abbie Corry hit a basket and Slack nailed a pair of free throws late to send the Falcons to the victory. 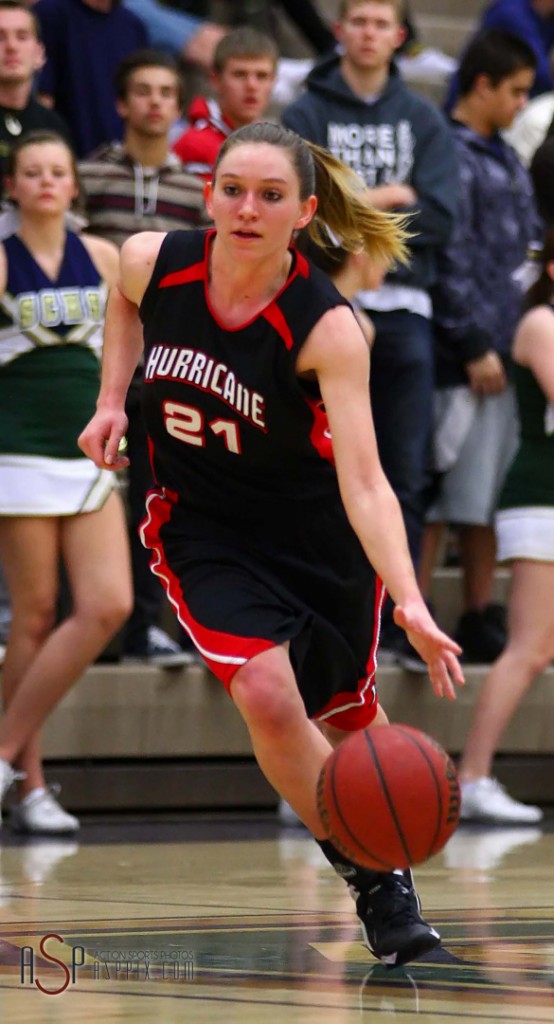 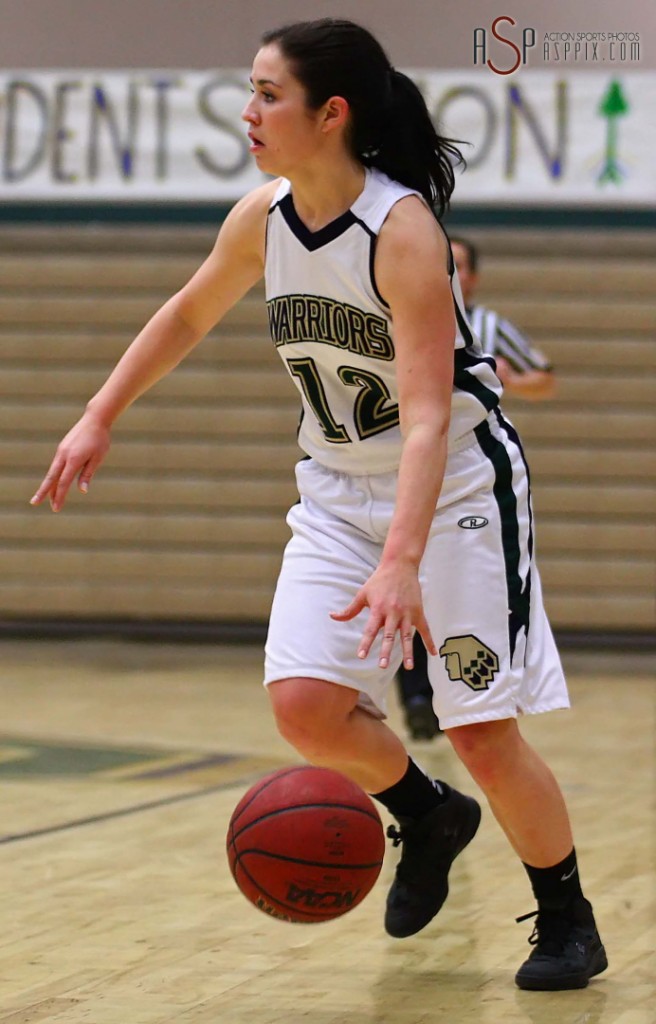 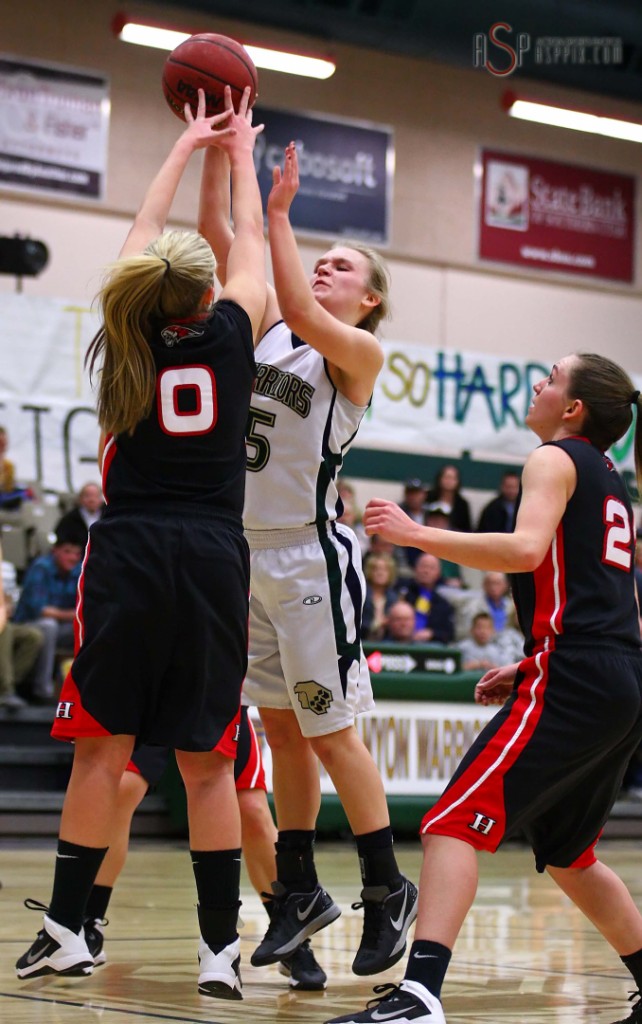 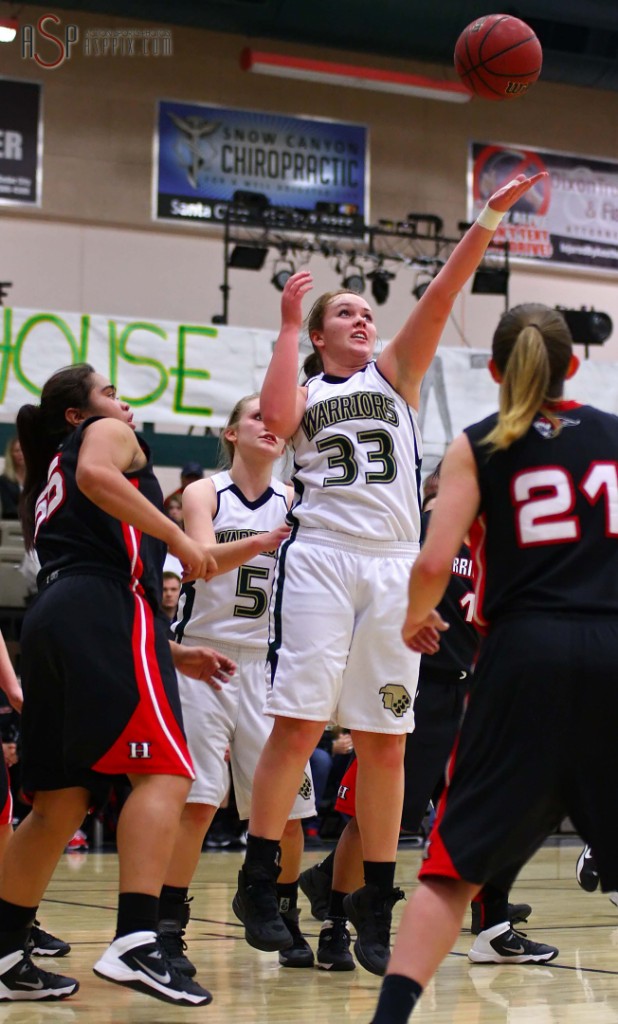 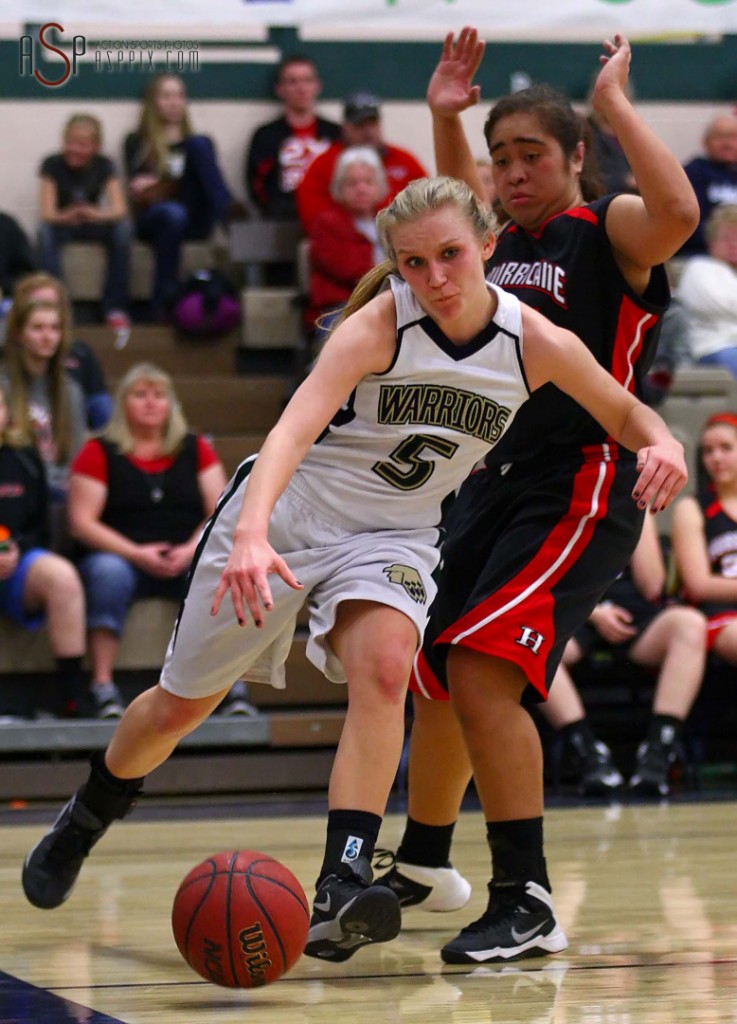 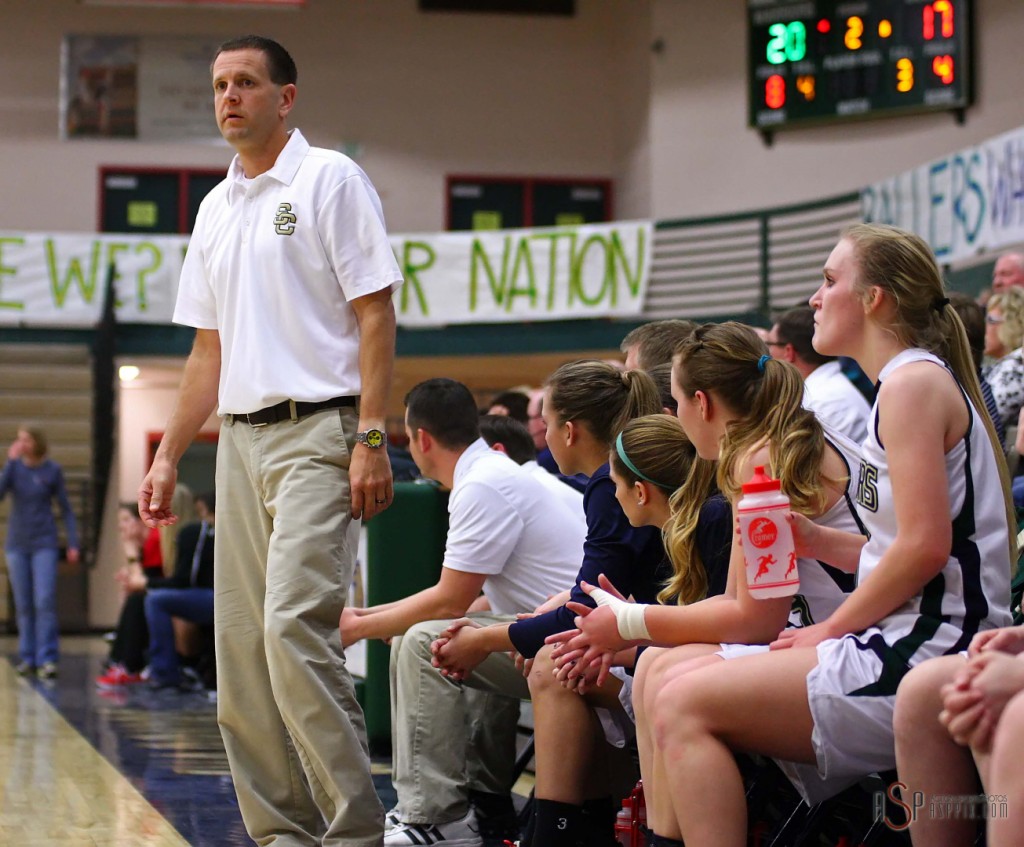 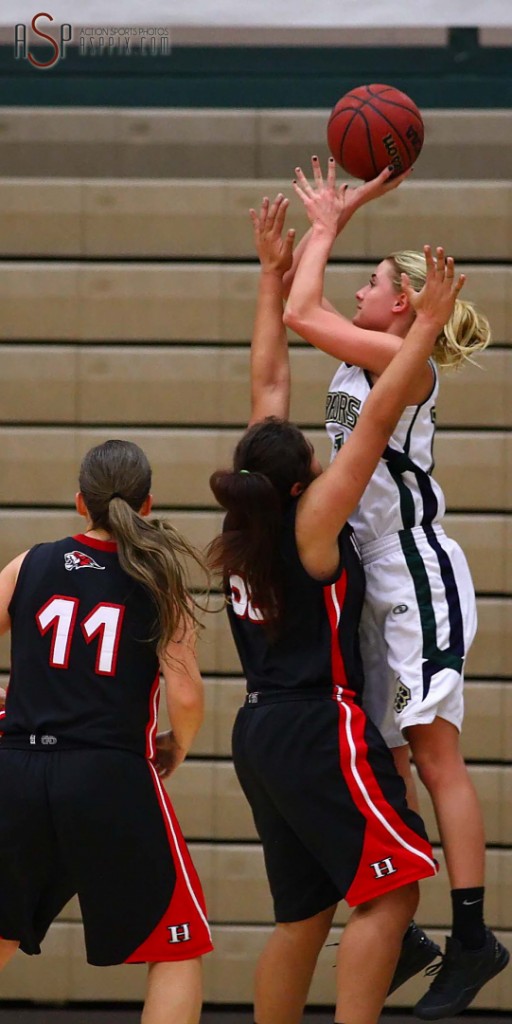 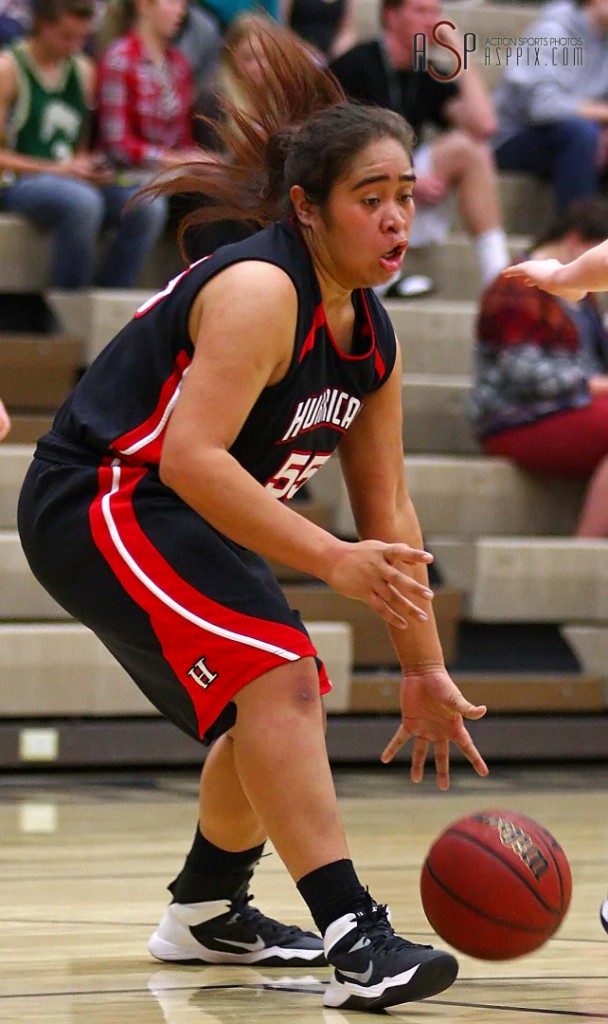 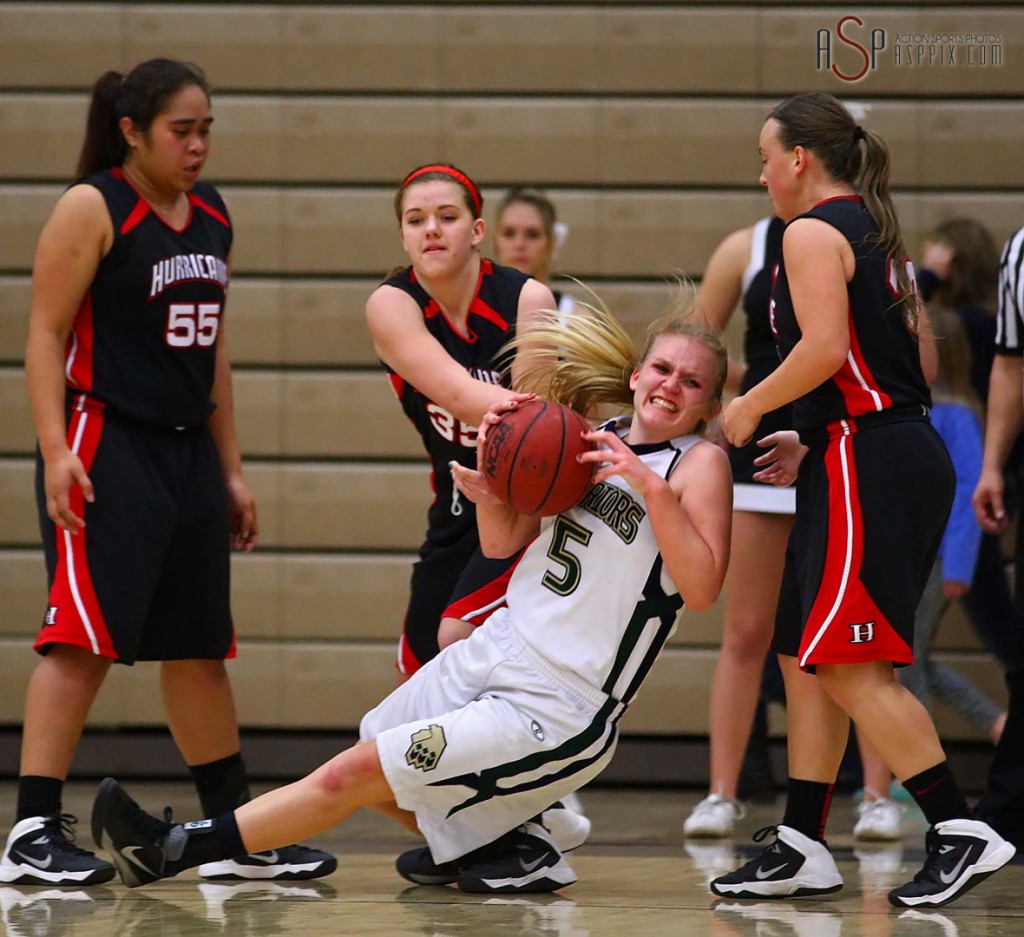