That was the message Pine View coach Darrell Larsen pounded into his players’ heads in the days leading up to Wednesday’s grudge match with Dixie. It seemed to work as the Panthers out-rebounded the Flyers 44-28 and ultimately won the basketball game 61-44 Wednesday night at the Pit Gymnasium.

“Coach told us if we defend and then limit them to just one shot by rebounding hard, the rest of the game, including our offense, would come,” PV forward Ryan Koller said. “To us, if we play hard and rebound, it carries over to our offense.”

“I’m so proud of these kids and the way they rebounded tonight,” Larsen said. “Dixie really gets after it, especially on the loose balls, the 50/50 balls. We wanted to make sure we were mentally tough and got after those 50/50 balls as well.”

Pine View opened the game with a 9-2 lead behind Chaz Peterson and Dowdell. Dixie closed to within 9-6 late in the first quarter when Koller hit the first of his two 3-pointers in the game just before the first period ended for a 12-6 PV lead. The second quarter signaled the beginning of the Dowdell Show as the Panther post scored 11 of Pine View’s next 14 points, helping the lead grow to 26-12. Dixie’s RJ Wilgar scored back to back baskets to close out the first half and make it a 26-16 game at intermission.

With Wilgar’s late rush, it seemed as if Dixie may have momentum heading into the second half. But just 10 seconds into the third quarter, Pine View seized momentum back with a spectacular alley-oop dunk from Peterson to Wilstead. Another Dowdell basket made it 30-16 and Dixie would never get closer than 11 the rest of the game. Pine View’s biggest lead came early in the fourth quarter after another Wilstead alley-oop jam and Koller’s second trey made it 47-30.

The game was delayed about 20 minutes with 3:05 left as Dixie’s Sam Guymon was knocked out after hitting the floor on a rebounding play. Guymon, who was called for a foul after reaching around Wilstead on a rebound, fell backward with Wilstead on top of him, and struck his head on the court. He was unconscious for several minutes and was eventually taken to Dixie Regional Medical Center and later released (see related post).

The score was 53-39 when the injury occurred. The Flyers were able to pull within 55-44 with under two minutes left, but Pine View scored the game’s final six points to coast to the win.

“It’s hard to go back to playing when someone gets hurt like that,” Koller said. “You just kind of go back to what you’ve been trained and taught and hope everything’s OK with him (Guymon).”

The Panthers, 10-2 overall and 2-1 in region play, also got a nice game from Jed Newby, who had 10 points and seven rebounds. Peterson added nine points and three assists. Pine View plays at home again Friday against Canyon View.

Dixie, 8-4 and 1-2, got 12 points from Guymon before his mishap. Wilgar added 10 and Jake Hawes had nine points. The Flyers will most likely be without Guymon when they battle first-place Snow Canyon Friday night at the Hangar. 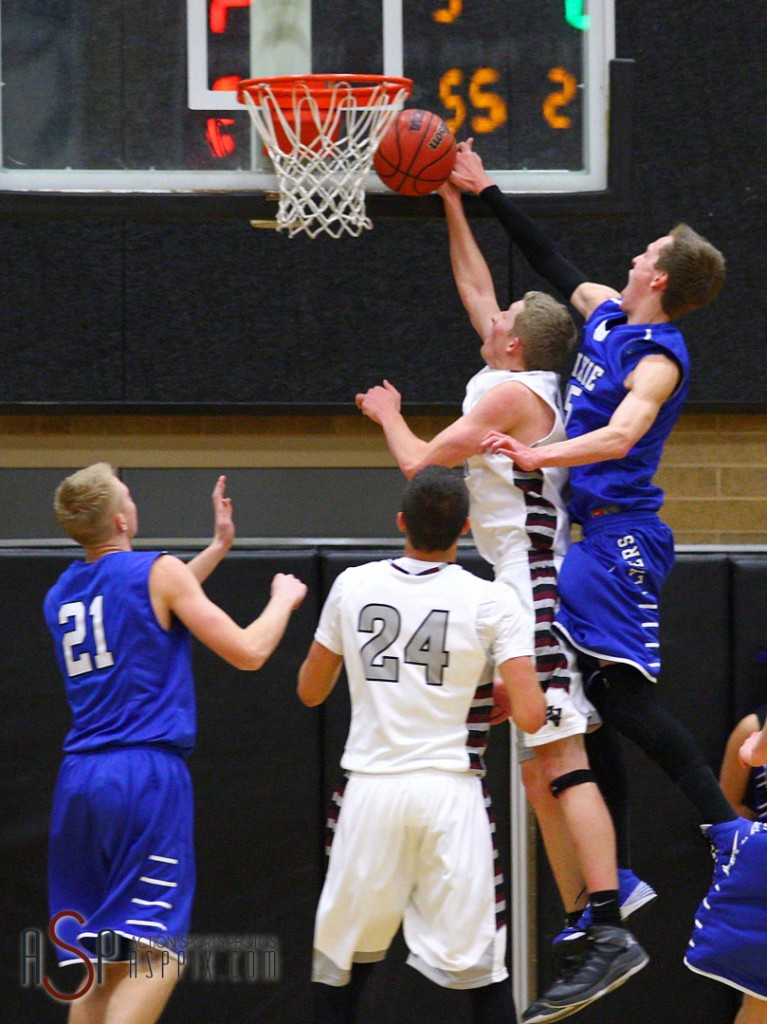 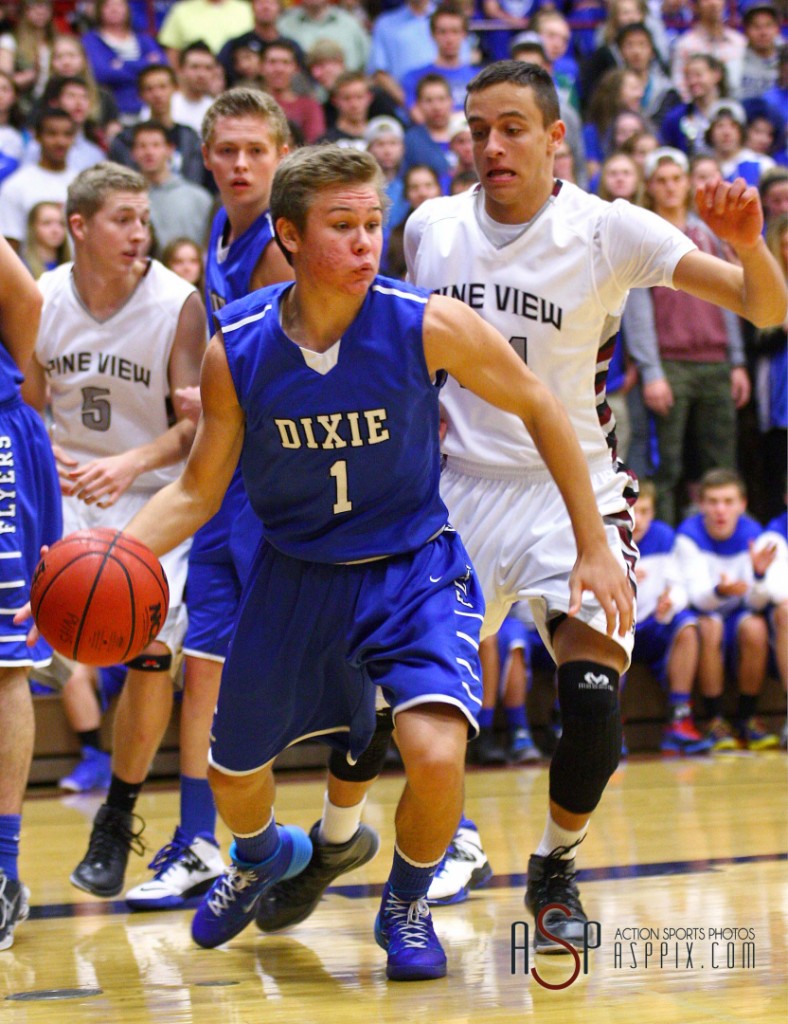 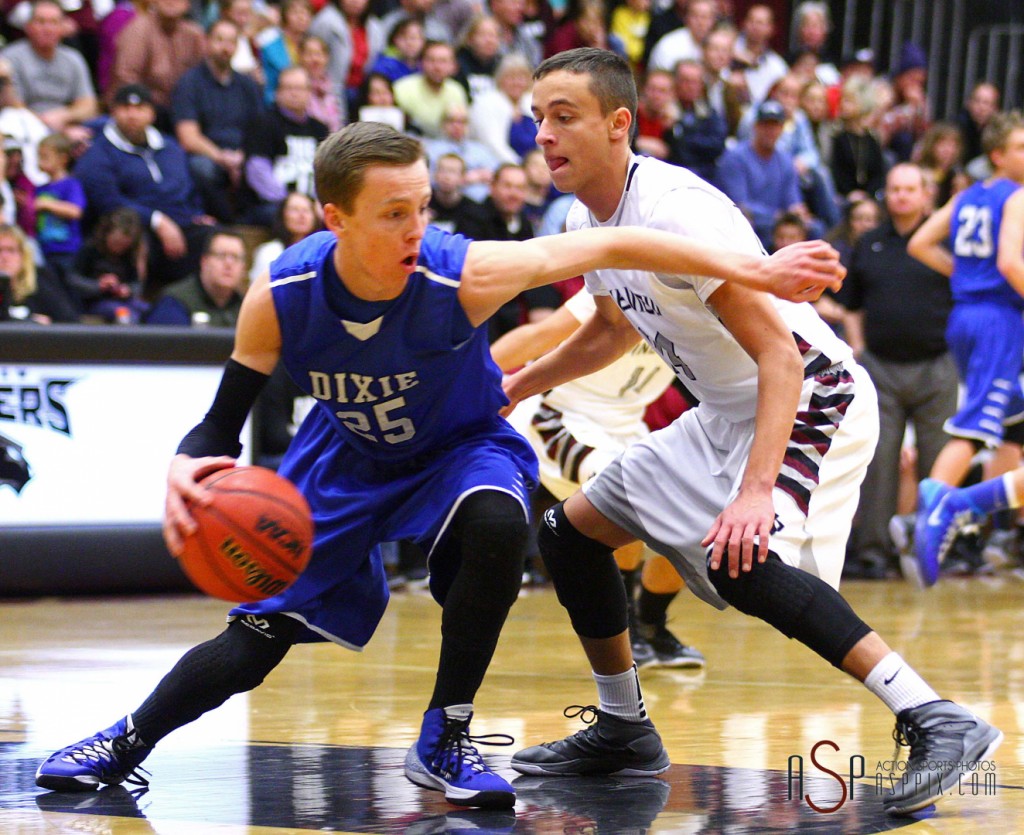 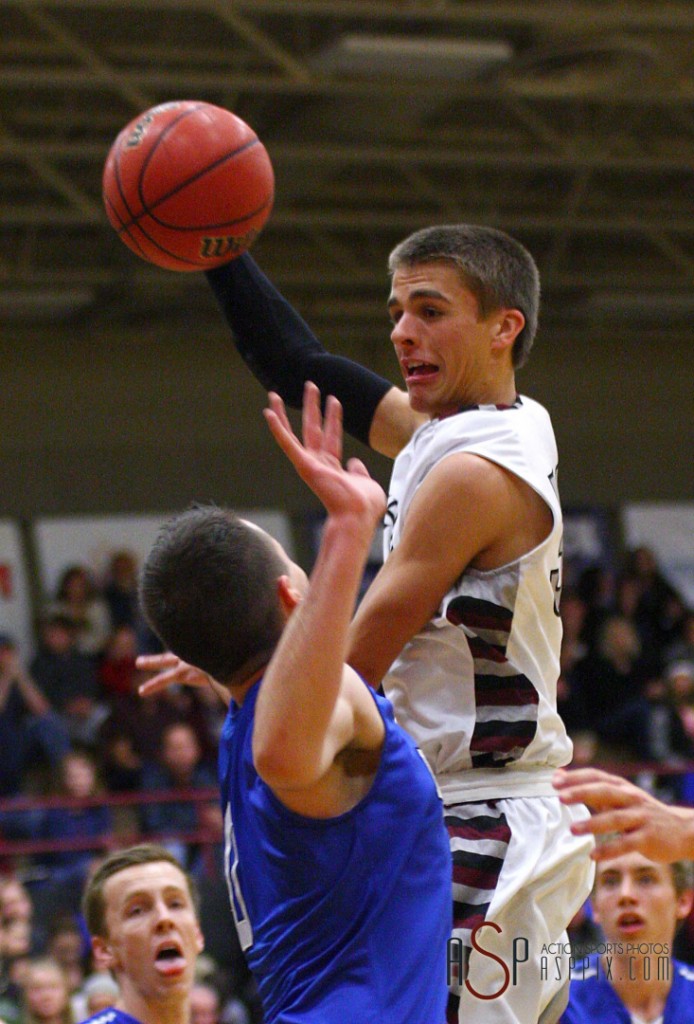 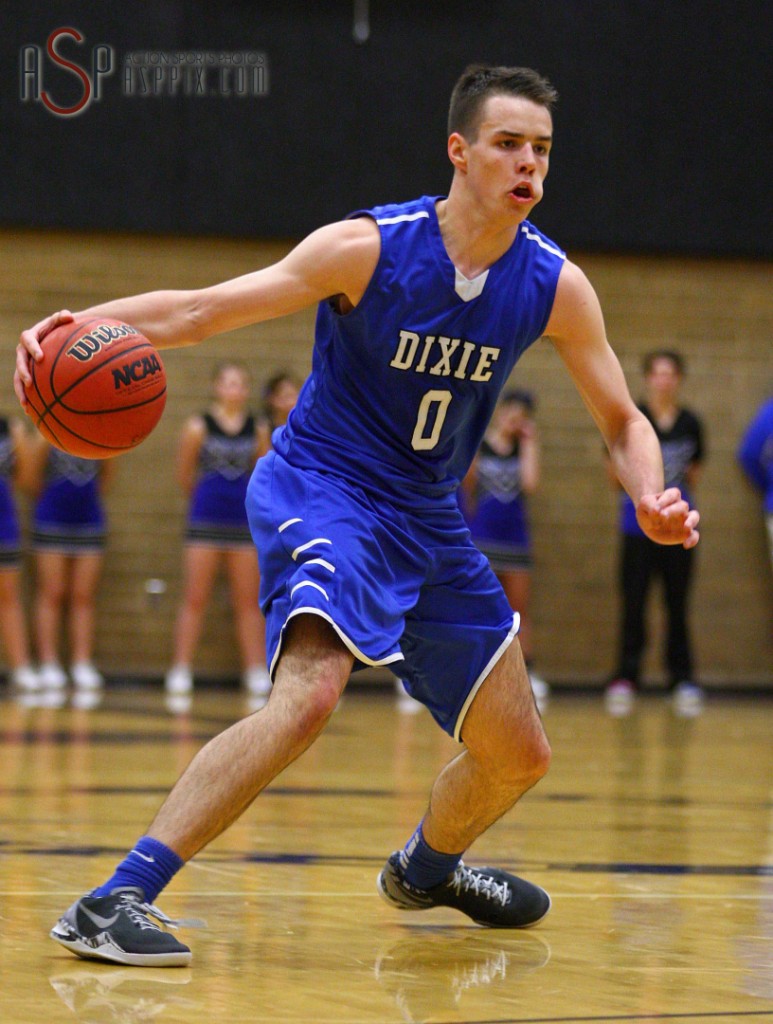 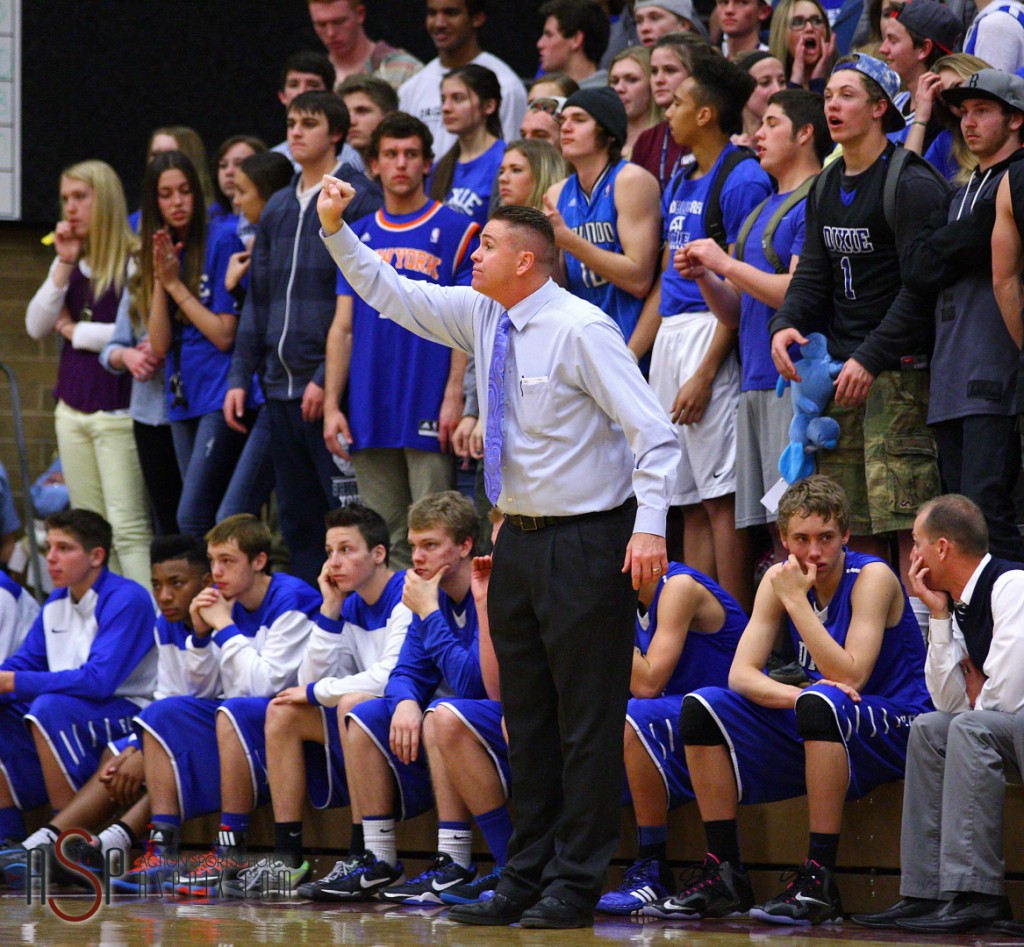 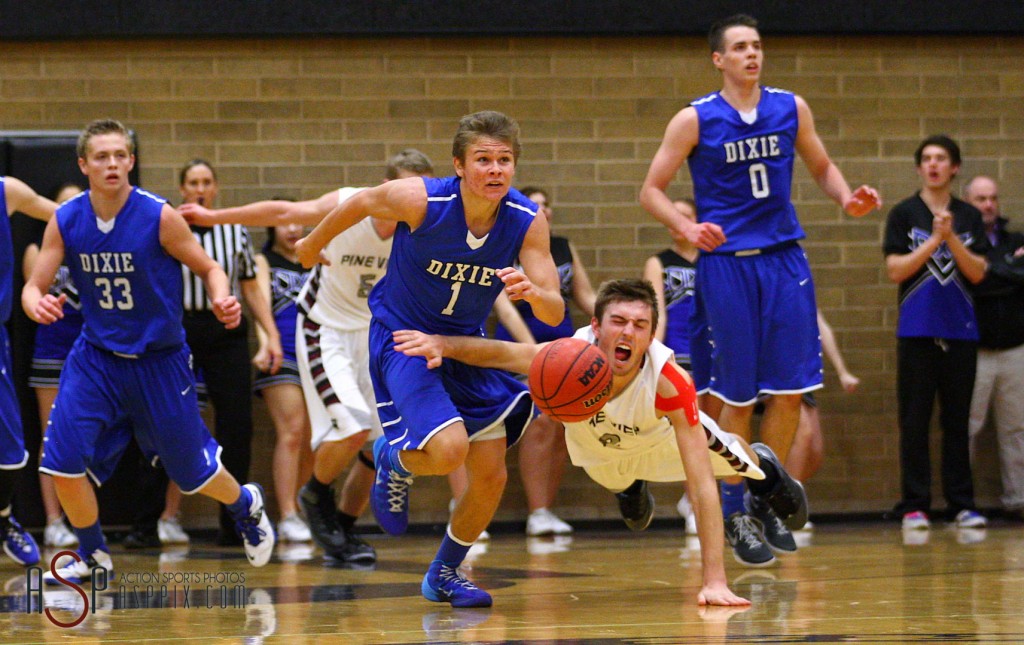