ST. GEORGE — When Desert Hills coach Wade Turley said it was time for a big Trey, he wasn’t talking about a 3-pointer. he was referring to his 6-foot-8 center, Trey tanner, who had perhaps the best game of his career in the Thunder’s 48-40 win over the Cedar Redmen Wednesday night at the Thunderdome.

“Trey was huge tonight,” Turley said. “He blocked a lot of shots and changed a lot more. I think he had three or four blocks just in the fourth quarter.”

Tanner finished with an impressive line, scoring 10 points, grabbing 6 rebounds, blocking 5 shots, snatching a couple of steals and even dishing out an assist.

“Trey’s going to sleep with a perma-grin tonight,” Turley said. “He was the difference in this game and you know it’s time for him to step up and be a leader. He’s a senior and he has the ability to do this every night.”

The other big factor for the Thunder in breaking their 3-game losing streak was their ability to take care of the basketball. Desert Hills had just five turnovers in the game after averaging 16 per outing coming into Wednesday’s contest. By contrast, Cedar had 15 turnovers in the game.

“Two things on that,” Turley said. “First, we’ve really been making it a point of emphasis in practice. And the other thing is we are just starting to come together after adding the football guys late. The more time we spend together, the more reps we take, the better we’ll be at that.”

Desert Hills was down 27-24 at halftime after shooting a miserable 2 for 11 from the line in the first half. Cedar led 36-33 going into the fourth quarter, but the DH defense, led by stopper Tanner, allowed just four points in the final eight minutes.

“Yeah, we allowed just 13 points in the whole second half,” Turley said. “That’s huge. Our defense was excellent. Trey Tanner came out of his shell a little. And we did a lot of double-teaming on their posts.”

Desert Hills outscored the Redmen 26-13 in the second half and 15-4 in the fourth quarter.

Quincy Mathews led D-Hills with 12 points. Bryce Williams had eight points, six assists and a couple of steals. The Thunder finished 6 of 16 from the line, but made 6 of 15 3-pointers and had eight steals in the game.

DH, 3-4 overall and 1-1 in region, plays in the Red Rock Rumble this week, facing Mountain Crest at 5 p.m. Thursday, Salem Hills at 3:15 p.m. Friday and Corner Canyon at 10 a.m. Saturday. All games are at the Burns Arena.

Cedar, 3-2 and 1-1, got 15 points from Kordan Nielson and Dustin Staggs added 9. But the Redmen shot just 12 of 39 from the floor in the game (30 percent). Cedar plays at Springville Friday night. 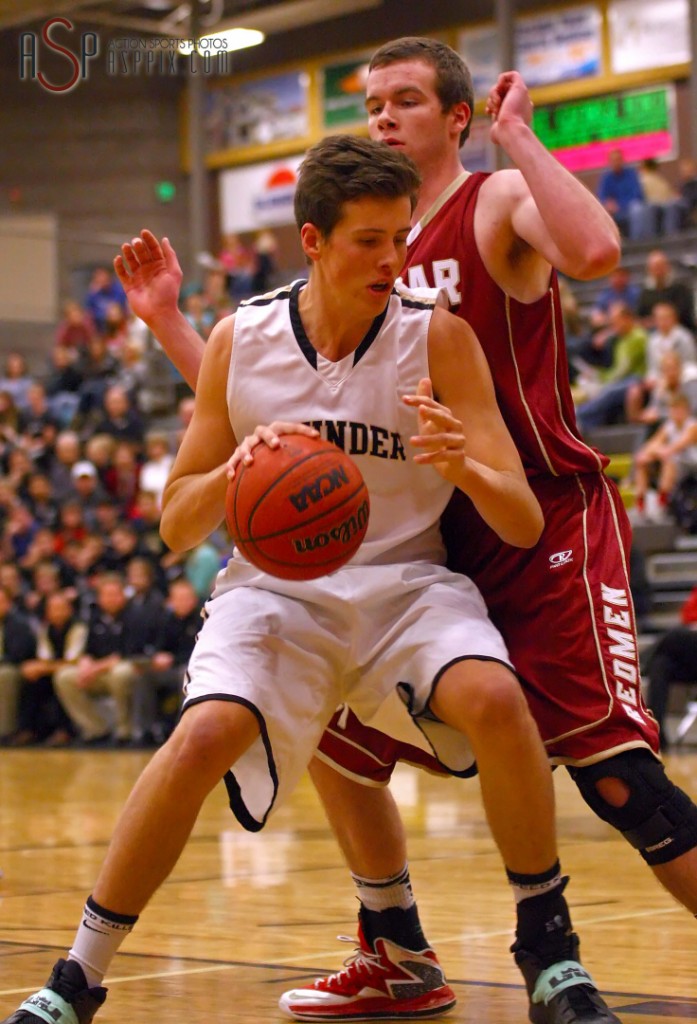 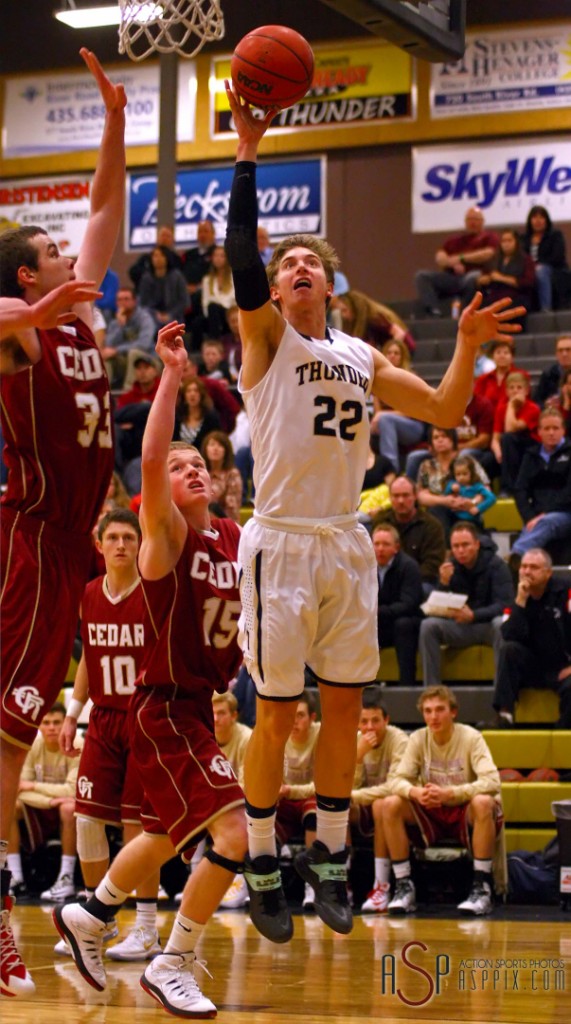 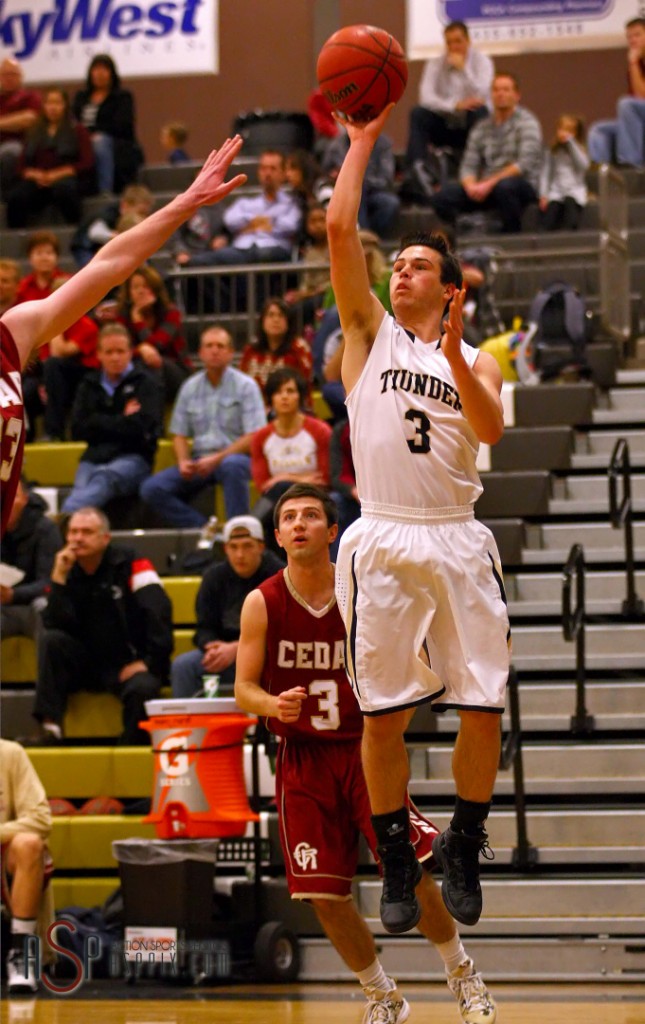 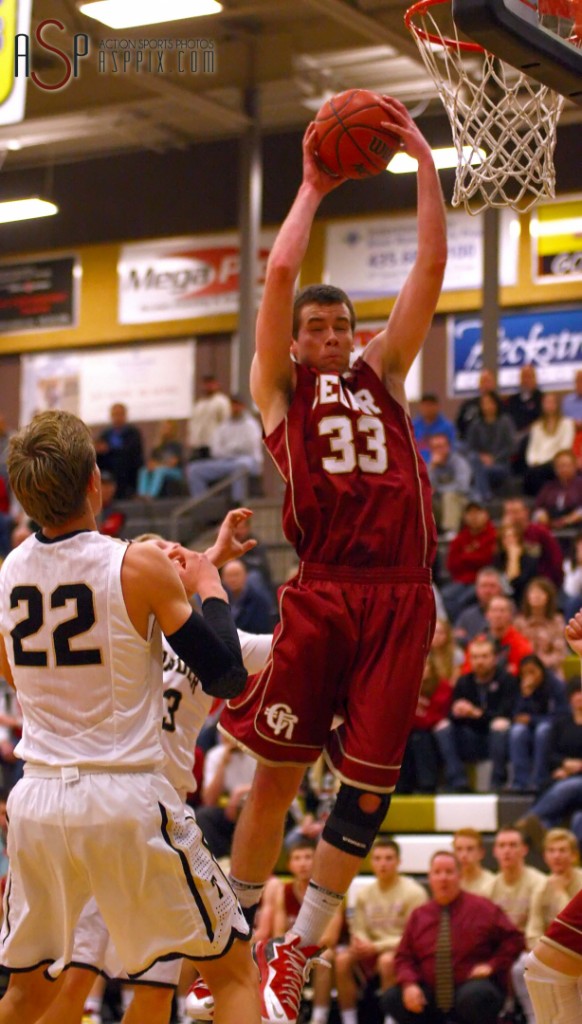 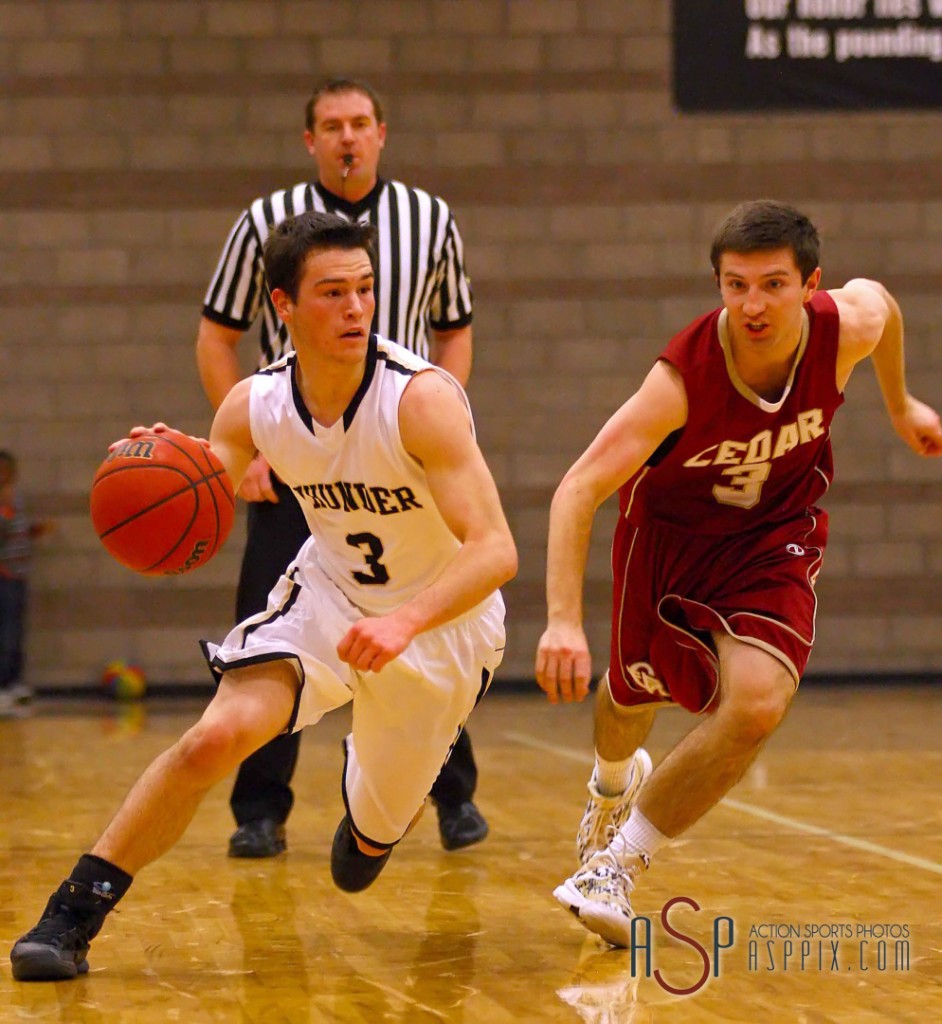 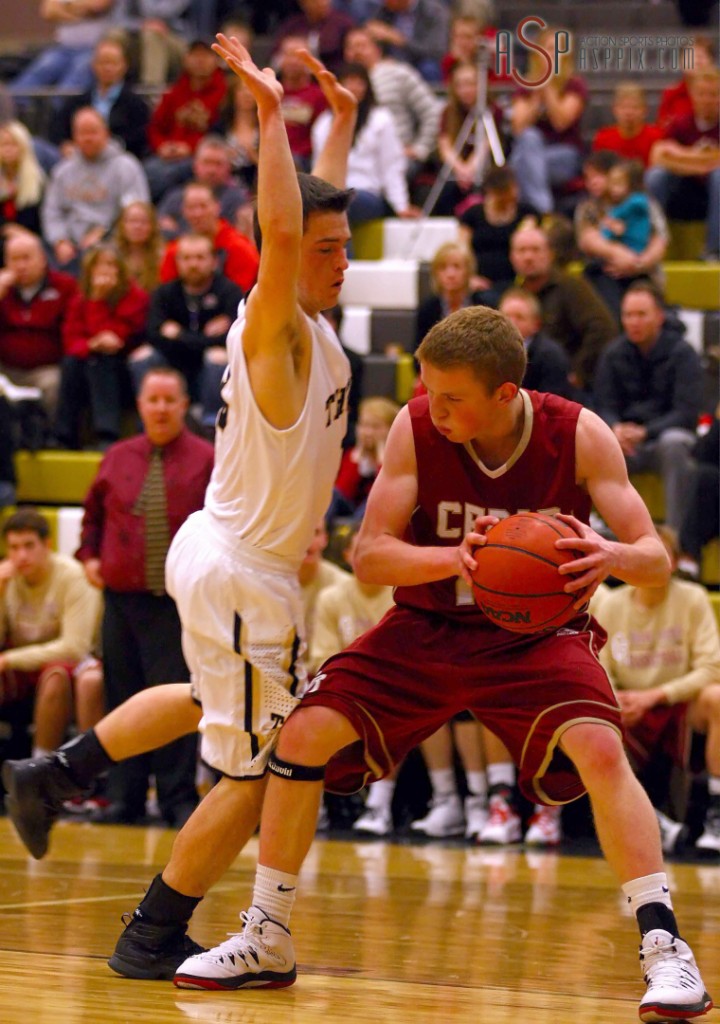