R.J. Wilgar and the Dixie Flyers served notice to the rest of Region 9 that there’s more than one or two ponies in the region race by dominating Desert Hills 56-40 Wednesday night in the Hangar.

“We wanted it more tonight,” Wilgar said. “They’re a great team and we respect them. I don’t know if the secret is out or not. That’s for everybody else to decide. We’re just going to keep doing what we do — going hard and practicing hard. We can’t ever be satisfied.”

Dixie led virtually the entire game. As good teams do, Desert Hills made a run in the third quarter and actually pulled to within one at 33-32. But the Flyers dominated the rest of the game and owned the fourth quarter 19-6.

“We knew they’d go on a run,” Dixie coach Ryan Cuff said. “I remember taking that one time out … and I don’t think I said anything. I let the kids talk a little bit. Sometimes that can be your best time out when you have coaches on the floor talk.”

Out-sized inside, Dixie nevertheless won the battle on the boards and also shot the ball much better than the Thunder. The Flyers made 19 of 37 shots in the game (51 percent), including 4 of 7 from beyond the arc. Desert Hills managed just 10 of 34 shooting (29 percent) and made just 2 of 10 3-pointers. Dixie seemed to get to every loose ball.

Dixie jumped out early on the Thunder, forging an 18-6 lead. Desert Hills scored the last five points of the first quarter, including a banking 3-pointer by Jordan Hokanson, to cut it to 18-11 after one. Again, the Flyers pushed ahead by double-figures. Led by Wilgar and sophomore Tyler Bennett, Dixie held a 29-19 edge. But DH’s Sam Messinger nailed a swishing 3-pointer at the buzzer to make it 29-22 at the half and give the Thunder some momentum.

They used that Mo to go on a 10-4 run, capped by a couple of Quincy Mathews baskets. That made it 33-32 with time dwindling down in the third quarter. Surprisingly, Dixie closed the quarter by grabbing that momentum right back. Wilgar had a key putback and the Flyers used the third period’s final two minutes to go on a 6-2 run and make it 39-34. A fast start in the fourth quarter quickly pushed the lead back to double-digits and Dixie made just enough free throws to ice the game away.

“We just picked up our intensity,” Guymon said. “We tried to control the tempo. You have to do that against a team like Desert Hills.”

Jake Christiansen and Harrison Labrum both added seven points for Dixie, which has won all three of its games by at least 15 points.

The cold shooting night left Desert Hills with just one player in double-figure: Jordan Hokanson had 11 points, but did it on 3 of 11 shooting. Trey Tanner added nine, while Mathews, who had been averaging 14 a game had just eight. Taylor Houston, a preseason all-region selection, scored just three points on 3 of 7 free throws.

Dixie, 3-0 and 1-0 in region, will play Springville (Friday, 6 p.m.) and Spanish Fork (Saturday, 10:30 a.m.) this weekend in the Ken Robinson Classic. Desert Hills will also play in the classic, facing Spanish Fork at 7:30 p.m. Friday and Springville at 1:30 p.m. Saturday. All games will be at Dixie High School.

The Thunder, 2-2 and 0-1, continues region play next Wednesday at home vs. Cedar. The Flyers also play a region game Wednesday at Hurricane. 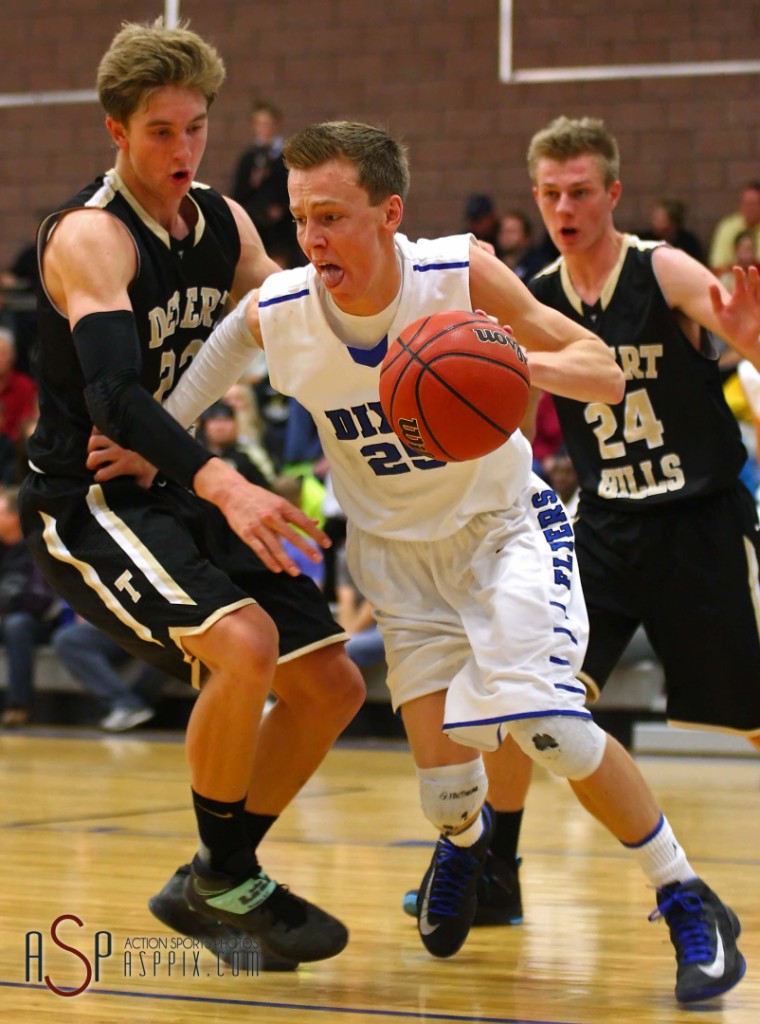 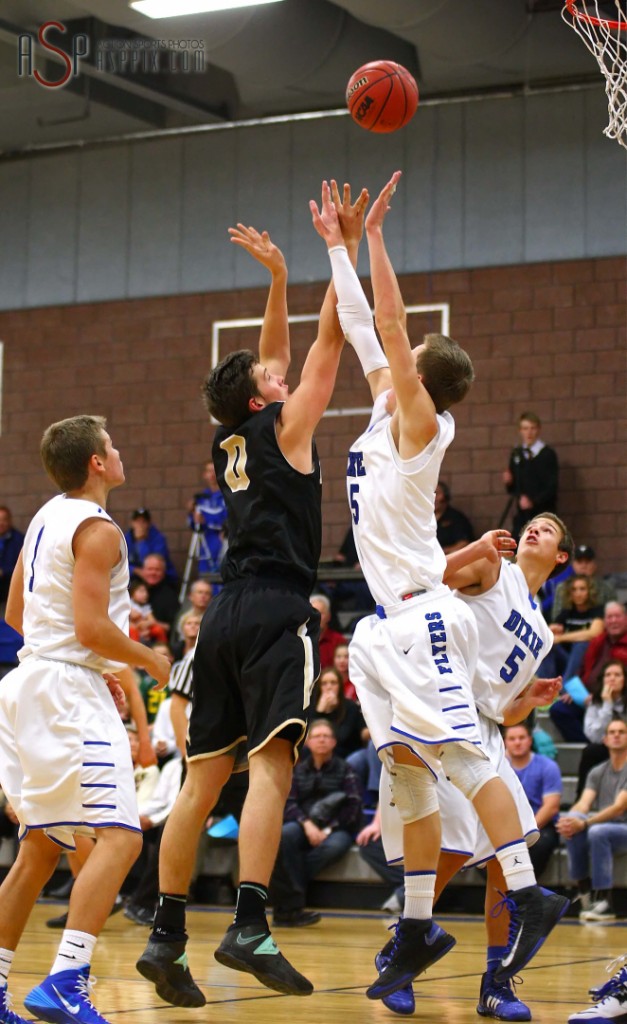 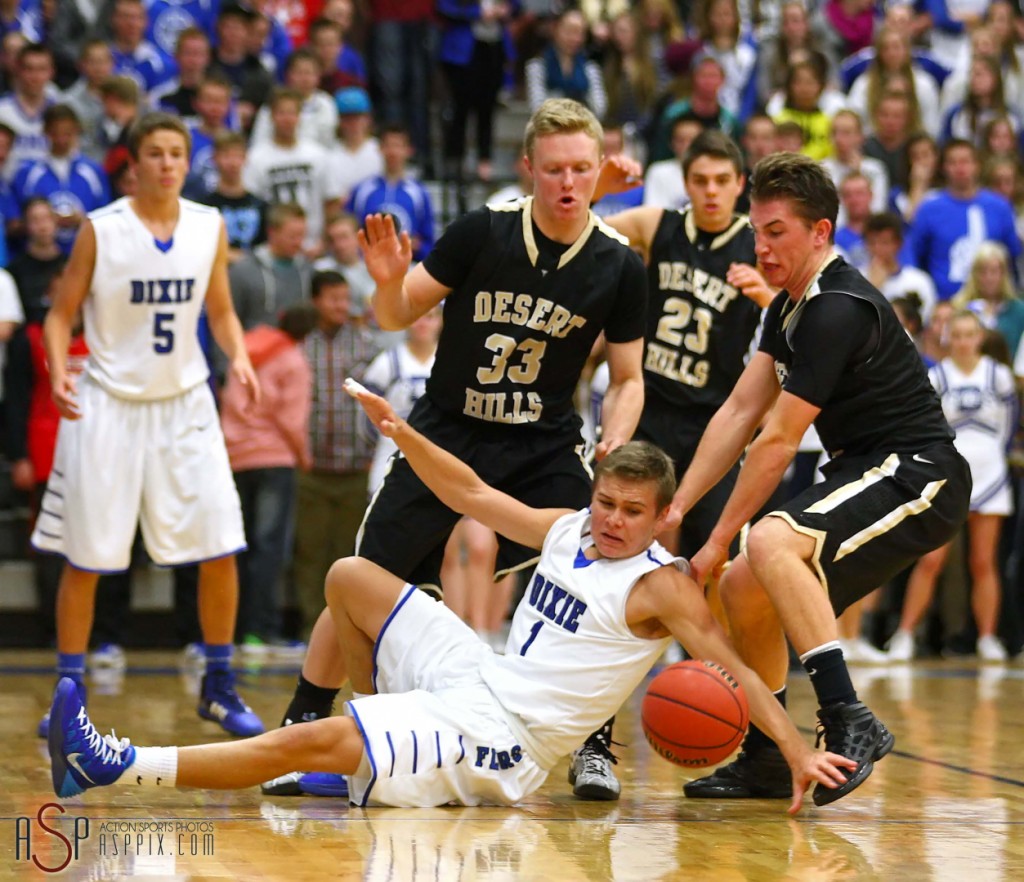 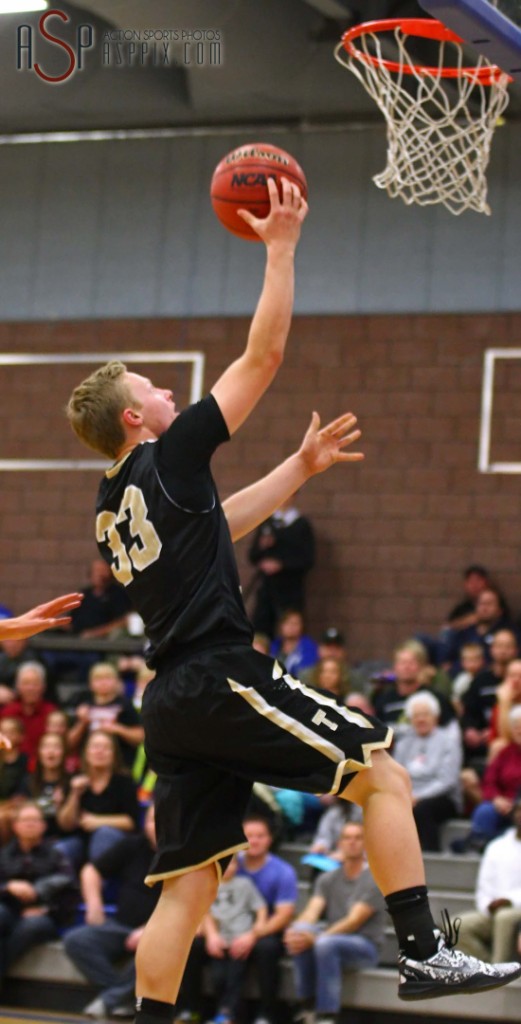 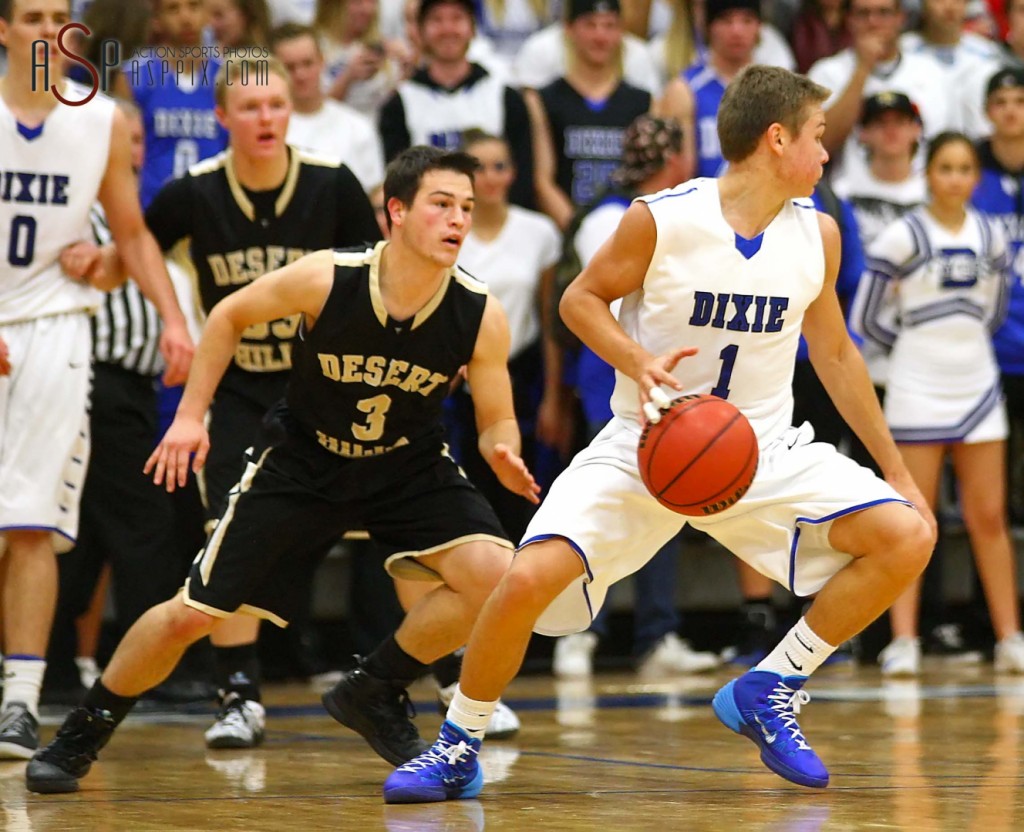