ST. GEORGE – A three-car “sandwich” occurred on south River Road near the intersection of Riverside Drive early this evening causing two cars to be towed and minor injuries.

After a call came in at 6:29 p.m., the first officer in the area was Sheriff Cory Pulsipher who arrived to help out. Pulsipher said that one passenger may have been banged up, but he wasn’t aware of any major injuries.

Before the accident, cars were backed up almost a block from the red light on Riverside drive when a female driving a white Isuzu Rodeo rear-ended a Green Chevy Silverado driven by Dave Schwiermann of St. George.

“She hit the back of us and she pushed me into the Tahoe,”  Schwiermann said.

The Tahoe, in front of Schwiermann didn’t receive any major damage but both other vehicles sustained enough damage to require tow trucks to remove them from the scene.

The southbound vehicles were stopped, just starting to move forward in the inside lane, when the Rodeo tried to switch lanes because apparently the right lane was moving a little bit faster,  St. George Police Officer Tyrell Bangerter said.

“She tried to make a lane change but when she looked back and realized that they were moving too slowly, she wasn’t able to stop,” Bangerter said.

She tried to swerve and stop, attempting to avoid a collision, but rear-ended the Silverado. The rear driver – of the Isuzu – was cited for following too close.

“I’m just glad everybody is ok,” Schwiermann said, “cars can be replaced but injuries are a different story.” 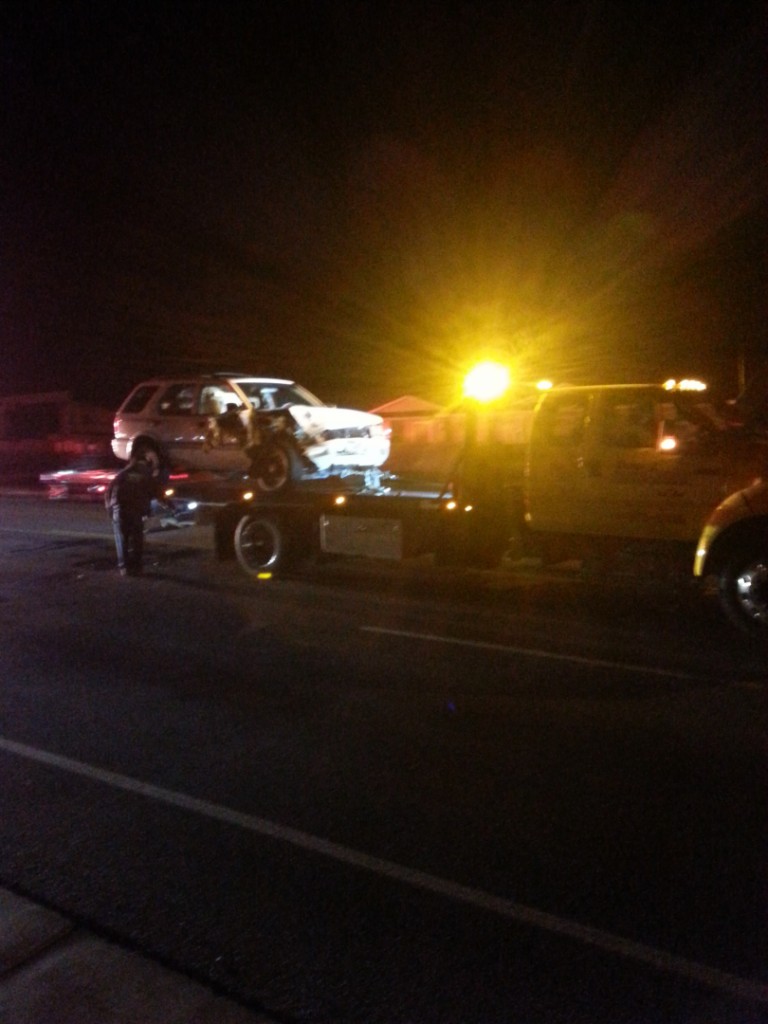