ST. GEORGE — A van was rear-ended by another vehicle and then crashed into the front of a house Monday evening.

The van smashed into the front-facing chimney of the house, sending debris flying into the residence and smashing through a line of pumpkins.

“What do you say when a fireplace is suddenly in your living room?” the homeowner said. “I work nearby,” she said, “and my neighbor called me and said someone just ran a car into your house.”

The white Chevrolet Astro van was traveling north on 2450 East just after 5 p.m. The van had slowed and was beginning to turn right onto a side-street when a red Chevrolet Avalanche pickup truck struck the van from the rear, St. George Police Officer James Schafer said.

“The impact subsequently caused the white van to go off and into the residence, which impacted the stone fireplace,” Schafer said. “There was structural damage to the exterior of the house, and the interior as well.”

The driver of the van was transported by ambulance to Dixie Regional Medical Hospital. Witnesses at the scene said that the driver appeared to be shook up, but not seriously injured.

Schafer said that he wasn’t sure of the extent of the van driver’s injuries. “She was talking, conscious and alert,” he said. “The injuries didn’t appear to be life threatening.”

The driver of the pickup truck was not injured, however he was cited at the scene for a traffic violation.

“Pay attention to the driver in front of you,” said Schafer, “and just try to keep a safe following distance at all times.” 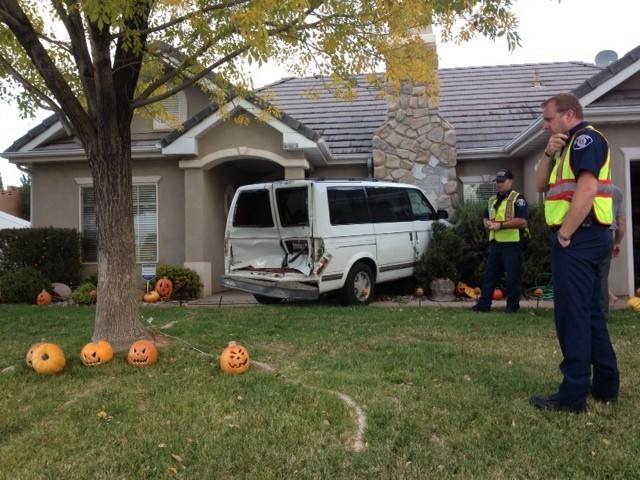 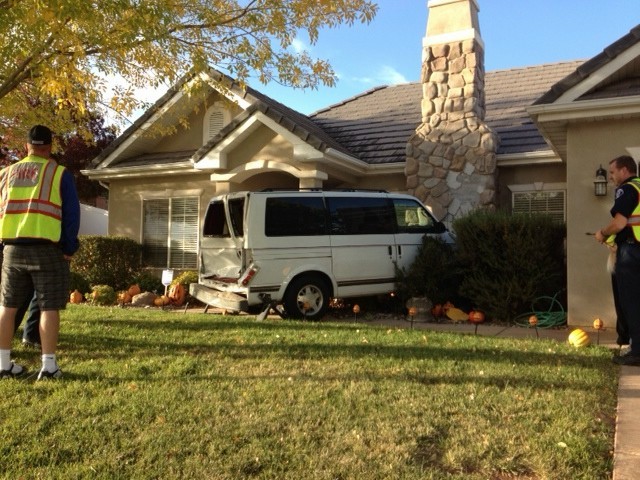 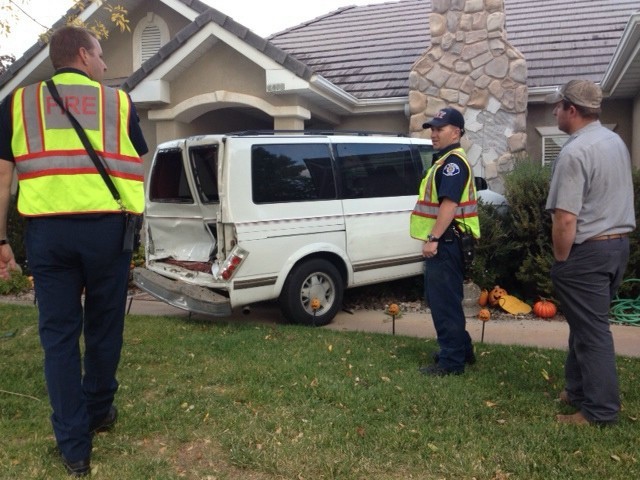 UPDATED: Police say body found inside vehicle near Dinosaur Crossing was woman who took her own life