ST. GEORGE – No one plays defense like the Dixie Flyers. They proved it to Region 9. Now, they’re proving it to the state.

Dixie earned its second straight shutout in the playoffs and ninth overall this season with a 3-0 win over Uintah Saturday afternoon at Walt Brooks Stadium. The victory propels the Lady Flyers into the state semifinals next week at Jordan High School.

“It always feels good when you set goals and accomplish them,” Dixie coach Burt Myers said. “This is just another step along the way for us. We’re not done.”

The Flyers allowed just five goals in 12 games in going 11-0-1 in region. In two playoff games, Dixie has outscored its opponents 11-0. Uintah was coming off an 8-0 victory over North Sanpete.

“Our back line is really fast and they do a great job of communicating,” said Dixie senior Alexa Bernade.

Myers also had high praise for his back line and goalkeeper.

“We have a very strong defense,” he said. “Uintah wants to get the ball behind the defense, we want to keep it in front of us. That was our whole focus. That, and keeping a close eye on (Erin) Elder. She has about 100 goals this year.”

Elder didn’t have much luck in this game and neither did any of her teammates. Dixie’s defense was smothering, allowing the Utes very few uncontested looks at the goal. Uintah had just one legitimate shot on goal the entire second half.

Meanwhile, Dixie was getting offensive support from some unexpected sources. Freshmen Starlee Woodbury and Liz Durrant each notched goals in the game, as did Bernade. Woodbury’s goal was the icebreaker in the first half. Durrant’s gave the Flyers some breathing room and came with 20 minutes to go in the game.

“It feels great,” Durrant said. “I pulled the defender out with a fake and then I lined it up and shot it. I didn’t have much time. I just saw the goal and saw the ball and shot it. I don’t get very many minutes, just a few here and a few there. But when Coach Myers puts me in, I’m ready.”

Bernade said she was thrilled for the freshmen in the game.

Uintah had very few forays into the offensive end of the field. After Durrant’s goal, the Utes got a rare open look to try and cut the 2-0 lead in half. Elders 20-yards was handled about eye-high by Flyers keeper Liz Empey with no problem. It was the only shot of the second-half anywhere near the Dixie defensive goal.

“We had a lot of opportunities in this game and didn’t capitalize,” Myers said. “But our defense was sharp.”

Bernade’s goal came with 8:48 to go and all but dashed Uintah’ hopes of pulling off the road upset.

Dixie moves into the state semifinals next Friday at Jordan High School. The Flyers will take on Park City, which beat Bear River 1-0 today. The game will be at 3:45 p.m. 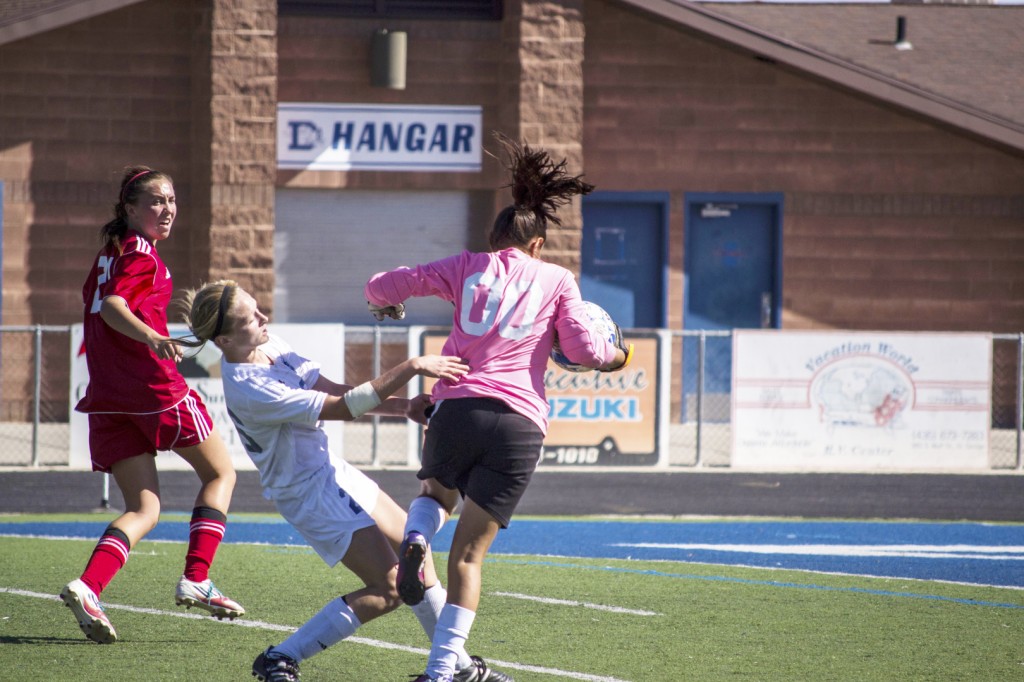 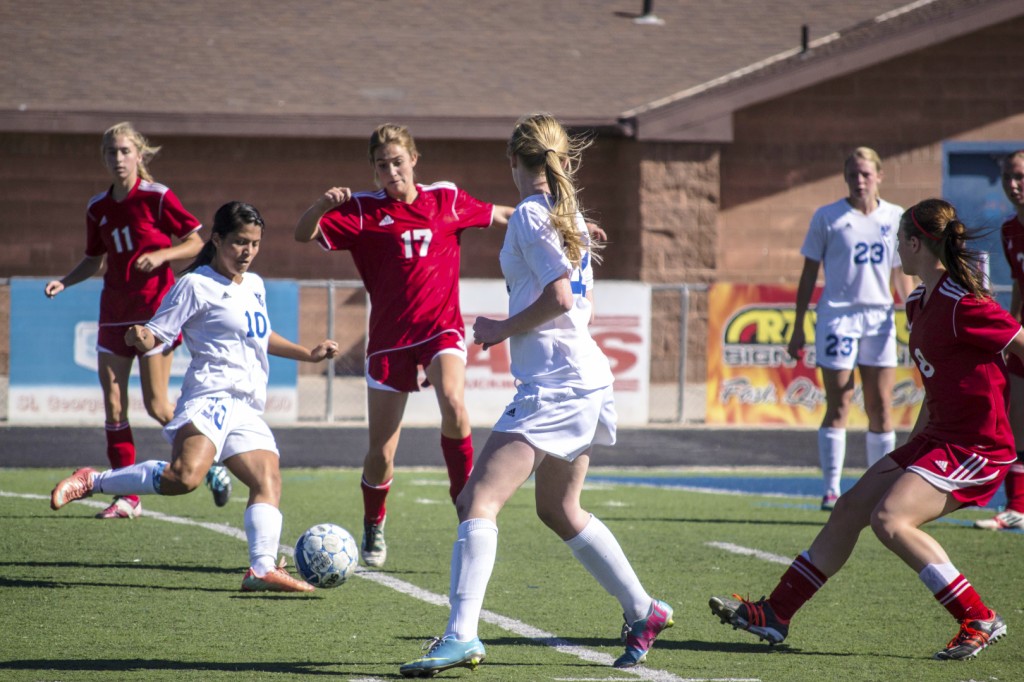 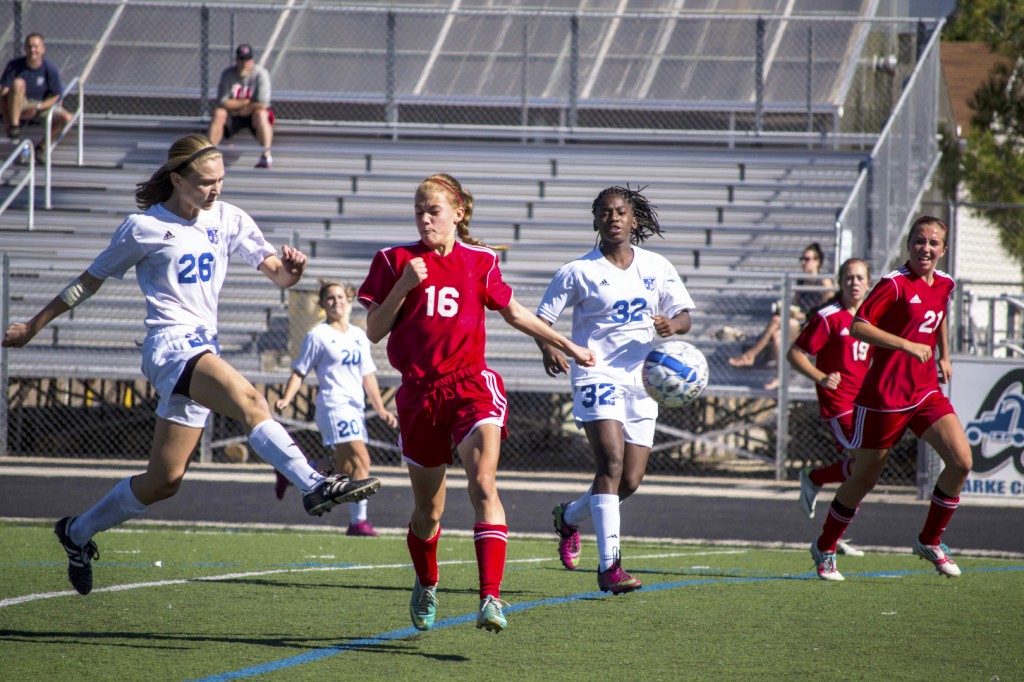 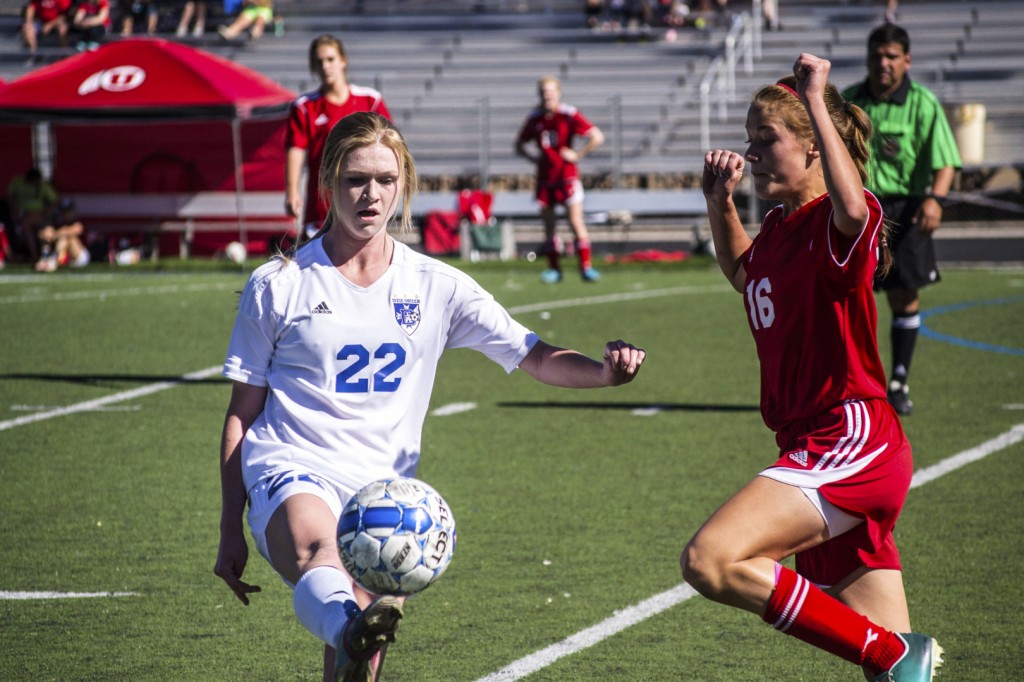 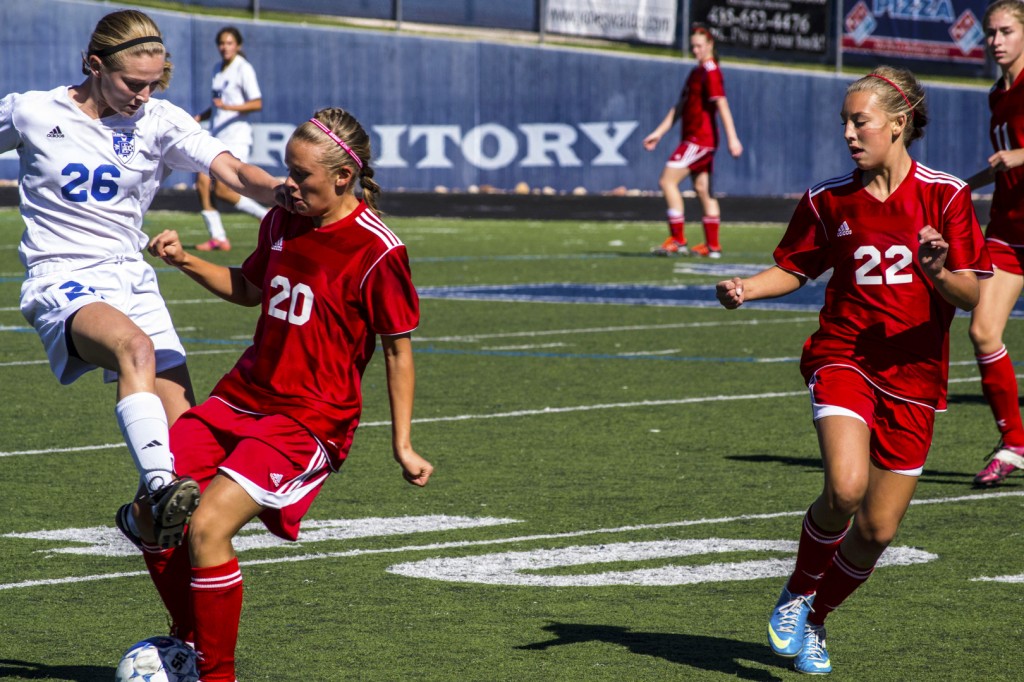 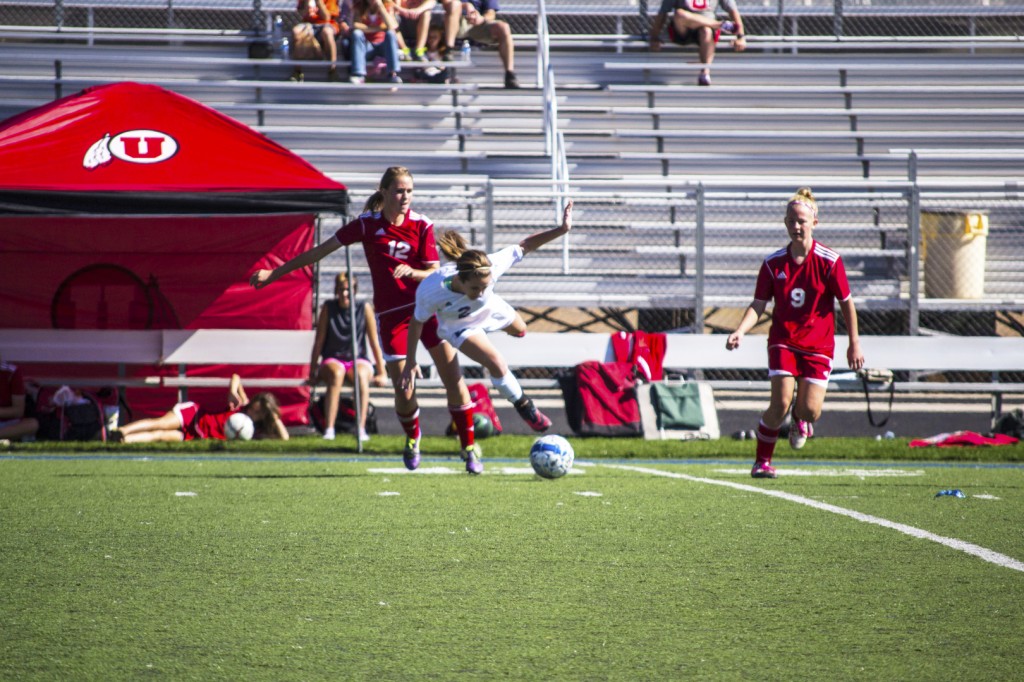