WASHINGTON CITY – A pickup truck veered off the road and slammed into a brick wall Tuesday afternoon, resulting in the driver being taken to the hospital. Before being stopped by the wall, the truck also crashed through a sign and ran over an electrical utility box, cutting power to at least 300 homes.

The Washington County Police and Fire Departments responded to an emergency call around 3:45 p.m., concerning a pickup truck that had run off the road and into a sign near 480 East Telegraph St. Additional information obtained at the scene of the crash confirmed the truck had also crashed through the electrical utility box and impacted the wall.

Washington City Fire Chief Brent Hafen was at the scene and said witnesses had seen the truck begin to sway as it continued northbound then veered off the road and through the sign and into the wall. Hafen said the cause of the accident is suspected to be medical in nature. He did not go into details on the driver’s condition, although he said the woman was transported to Dixie Regional Medical Center and was conscious at the time.

Due to the truck having run over a live electrical utility box, the Washington City Power Department was called out to shut the power off. Damage to the transformer cut power to the Cherokee Springs and Horizons West subdivisions, affecting up to 300 homes.

No one else was injured in the crash. 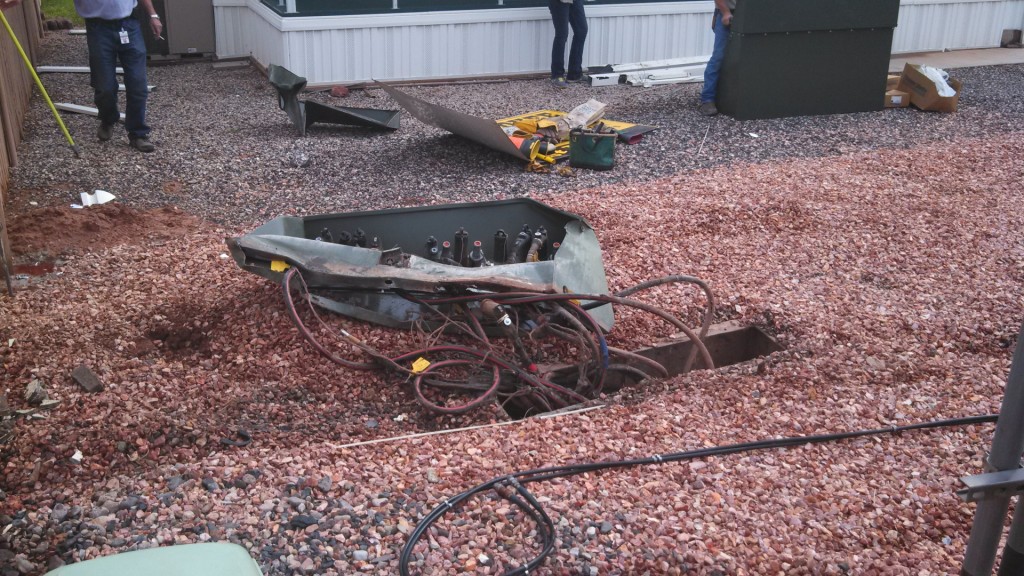 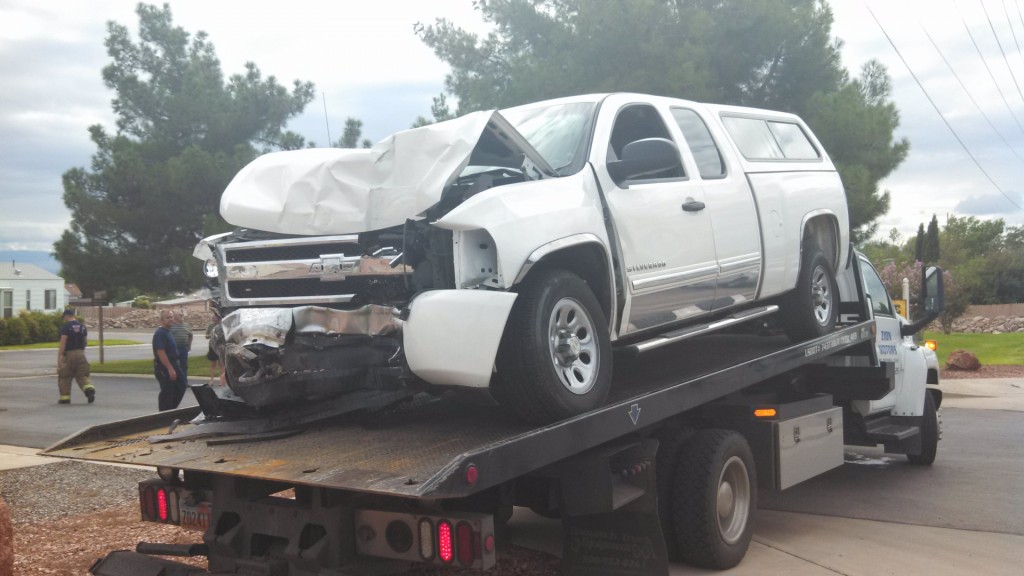 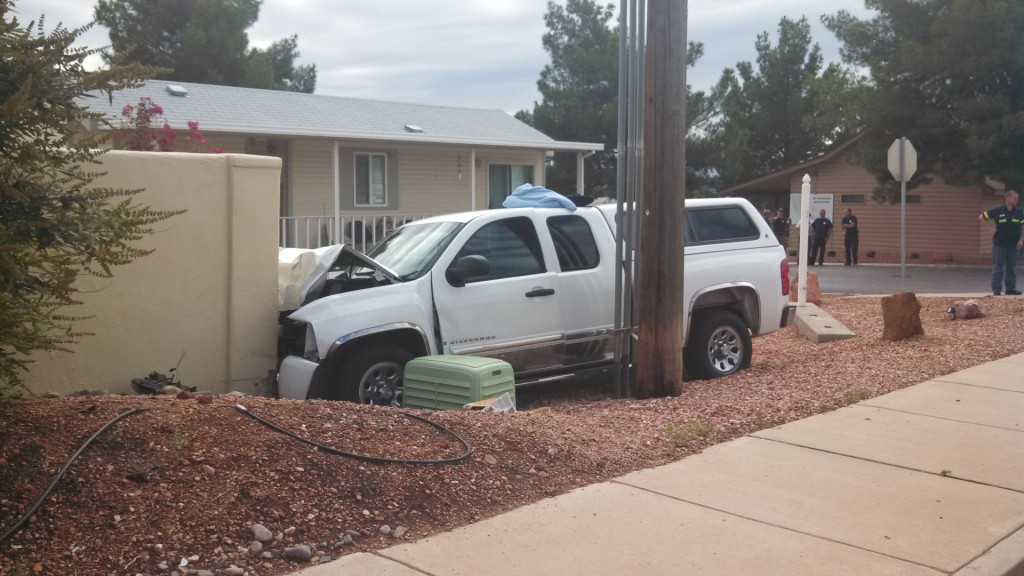 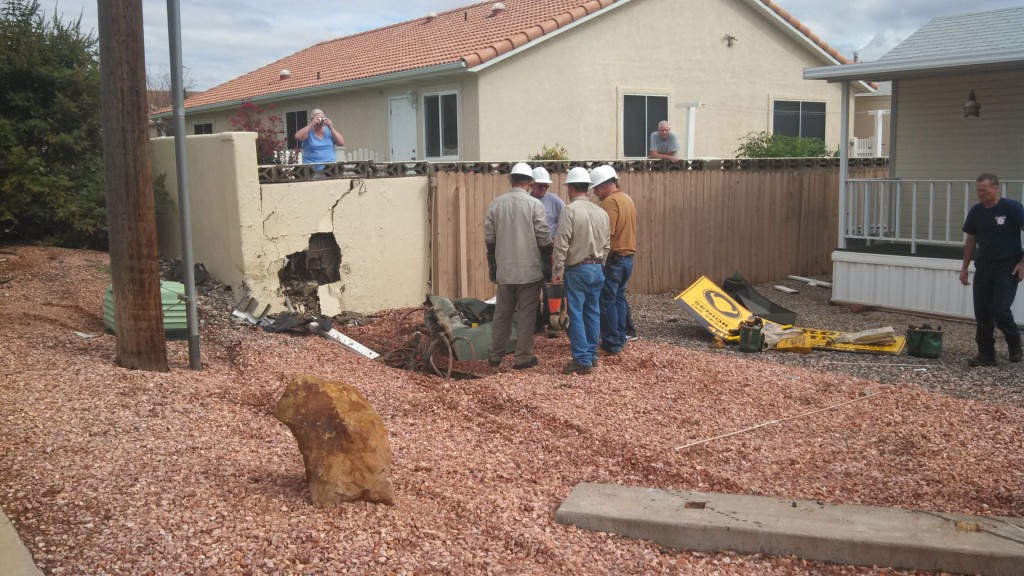