HURRICANE – Hurricane students learned recently that they can do hard things by emulating the example of their principals.

A group of city residents gathered in the Hurricane High School Auditorium Tuesday night to welcome Jody Rich, HHS’s principal and Roy Hoyt, Hurricane Middle School’s principal, home from their 3,000-mile bike ride across the United States. The pair, along with Jody Rich’s father, Bud, whose Ford pickup served as the support vehicle, pedaled from San Diego, Calif., to Jacksonville, Fla., from June 6 to July 5 to prove they could do hard things (their motto from the beginning) and to help raise money for computers at both schools.

The night included addresses from the two biking buddies, Hurricane Mayor Tom Hirschi, and new Washington County School District Superintendent Larry Bergeson, who served as Hurricane Middle School’s principal before Hoyt. Jordan Rich, Jody Rich’s son and the mastermind behind the publicity campaign for the ride – everything from the management of the duo’s Facebook page to the Principals Across America for Computers in Education, or PAACE, logo, served as the master of ceremonies. Attendees also watched a 23-minute presentation chronicling the pair’s journey, much of which was made up of video clips posted on the pair’s Facebook page, including Jody Rich’s life lessons, Hoyt’s “useless information,” and messages from community members offering their support.

Hoyt took the stage first to thank several sponsors, including Lin’s Marketplace, the Hurricane Middle School Parent Teacher Association and several others, for their help in reaching PAACE’s goal of raising $30,000, a benchmark the duo exceeded. In his remarks, he downplayed the accomplishment, saying anyone with training and fortitude could do what he and his fellow principal did. Hoyt said admittedly that when he and Jody Rich first hatched the idea, raising money was not part of the equation. When the money started rolling in though, Hoyt said it provided more motivation to accomplish the feat.

Jody Rich waxed emotional when he began addressing the audience, he said the support has been overwhelming. For example, the two earned more than 2,000 likes on their Facebook page and when the trip began, they fully intended to camp every night, but realized more comfortable accommodations would make the trip more feasible. Jordan Rich then asked community residents to help sponsor hotel rooms, which led to “more support than needed,” Jody Rich said.

It was hard to be away from family and miss weddings and other events, Jody Rich said. Previous to the PAACE trip, he said he had only been apart from his wife for three whole days during their entire marriage.

“When I got back she loved me for a day and a half,” Jody Rich said of his wife’s welcome. “But then the honeymoon was over and the to-do list began.”

One thing that was special about the trip for Jody Rich was bonding with one family member, his father, who surprised his son by his attendance at the event, traveling all the way from Starr Valley, Wyo.

“That was the icing on the cake, to spend a month and a half with dad,” Rich said as tears came to his eyes. “This guy is my hero.”

Jody Rich admitted that before the journey, his biking consisted merely of his 3-mile ride

to work and back. When he was out pedaling on the month-long journey, he said he found a purpose every day. In life, he said the important thing is getting out of bed every morning, being there and never quitting.

“It doesn’t matter how you do things,” he said. “You do it your way. Just get up and focus on today.”

Bergeson acknowledged the two principals’ supreme commitment and compared their ride to Forrest Gump’s run – once they started, they had to keep going. He said that the duo’s ride might have inspired the students at their respective schools to do better on their end-of-level tests, joking that he will now tell principals in the district they must ride across America to get their students’ scores up. He then ensured the pair their schools would get excellent technical support in setting up the computers earned from the money raised.

Hirschi took Jody Rich’s lead, telling the audience how enriching the pair’s journey has been for the community.

“These men demonstrated courage, faith and fortitude,” Hirschi said before challenging HHS students to build off their principal’s example. “They are an inspiration to all of us.” 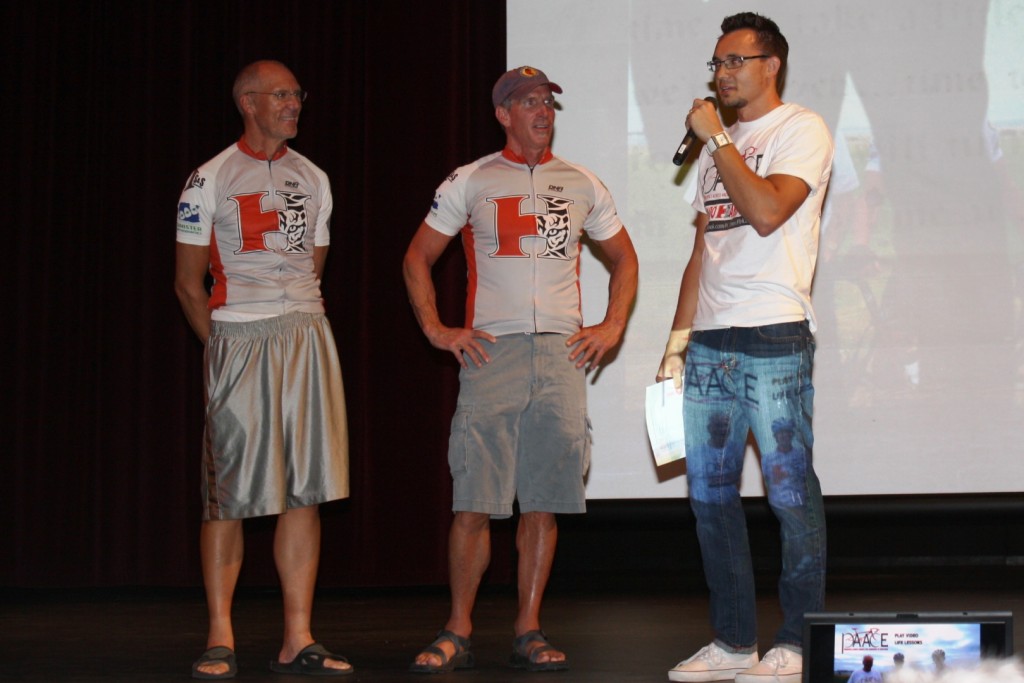 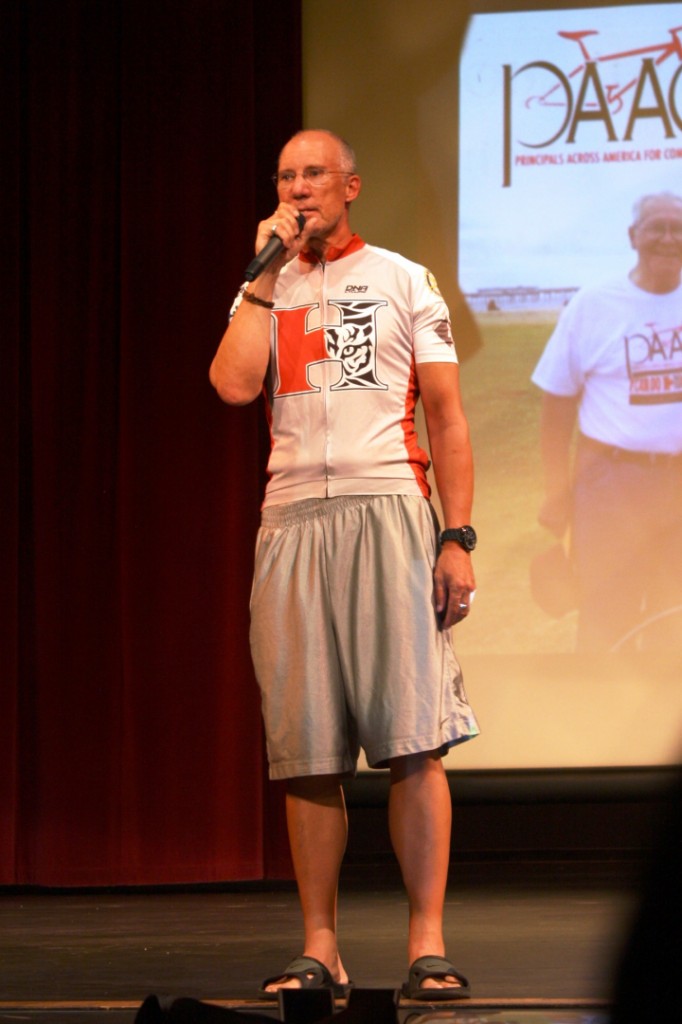 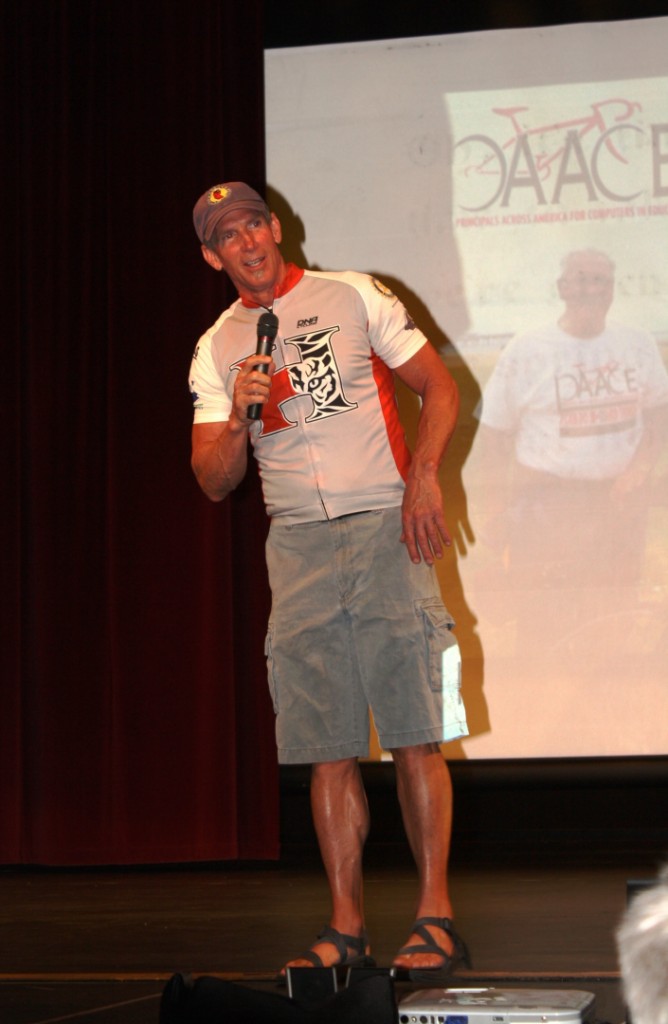 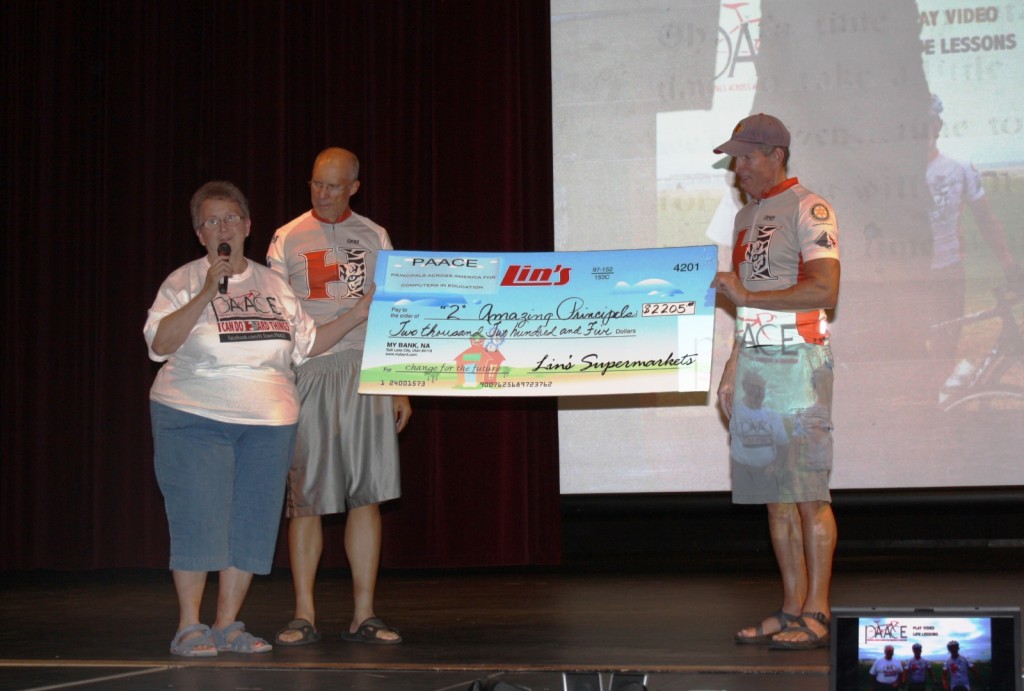 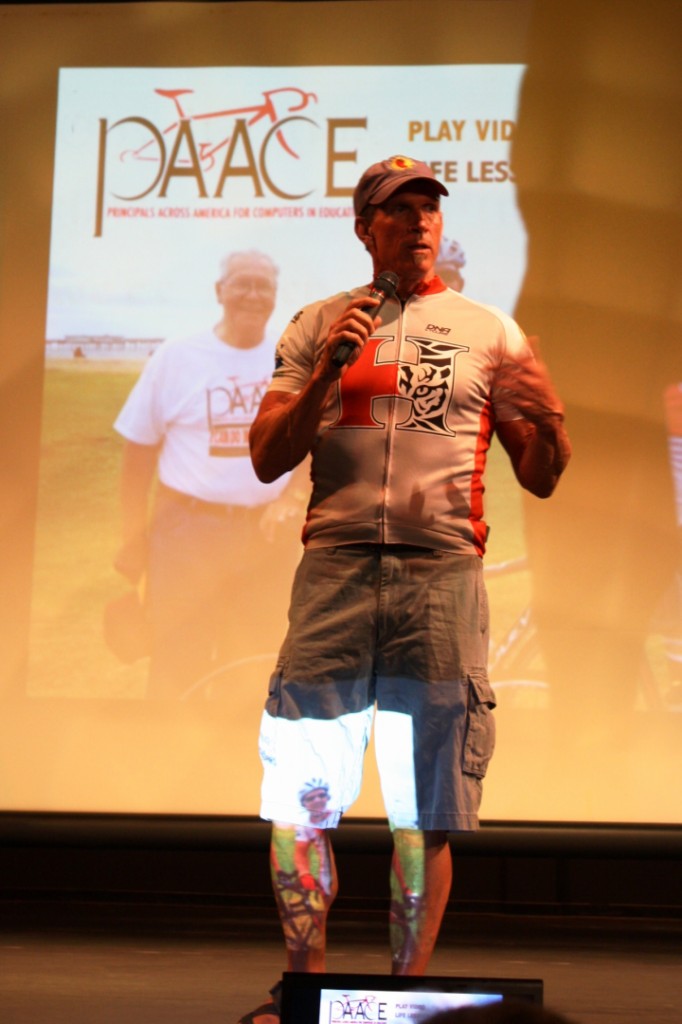 Paradise Canyon recognized by the government of Spain as best Spanish dual-immersion elementary in U.S.